You are here: Home / Featured / SIRT lays assault charge against cop in case of 15-year-old Demario Chambers, but does not lay charges in the Walmart incident with Santina Rao 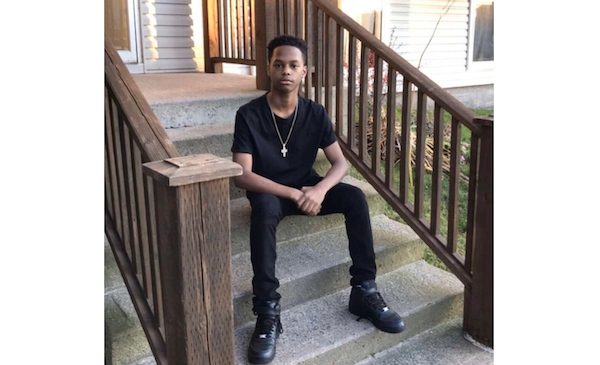 The Serious Incident Response Team (SIRT), which is the provincial police oversight board, has laid a charge of common assault against Halifax police Cst. Mark Pierce for a February 21, 2020 incident that took place outside the Bedford Place Mall.

In that incident, Pierce laid his hands on 15-year-old Demario Chambers, “and a struggle ensued,” according to SIRT’s summation of the incident. Chambers was not charged with any crime.

February 21, 2020 changed my life in a major way. It was just a normal day for me. I was hanging at the mall, which everyone does, but which hardly ever happens with me because I hardly go out. I wasn’t doing anything at all and was approached by a security guard who asked me to leave the mall which was odd because I never did anything wrong whatsoever.

Of course I asked why, and she said we were loitering (which was odd) because everyone does that (it’s a mall). We all know why I was asked to leave, but I did leave only to get the cops called on me. She called the police because I questioned her on why I had to leave, but at the end of it I still left! Only to get attacked and assaulted by the police at a different mall.

People often ask why I took out my phone. I took out my phone that day because one of those cops as he was walking away took out his handcuffs and held them in the air and said “you will be in these one day.” To me that seemed racist. So I started recording and that’s the video everyone has already seen to this day.

After they put the handcuffs on me, I asked one of them: “do you have kids or even nieces or nephews? Because I am sure you wouldn’t want this type of treatment to happen to them.” (They said we don’t need to answer that.) And you know what the cop did? He came behind me as my hands were handcuffed behind my back and my bum on the ground and stepped in the middle of the cuffs so they got even tighter on my wrists, then put me the back of the cop vehicle. My body was squished up in the back of that police car. My legs were going numb.

I suffered from a concussion, cuts, and bruises, and my finger badly hurt. My back suffered pain as well, and I still suffer from back pain. I also had to miss 10 days of my education due to this.

In a separate incident, SIRT decided not to lay charges against two unnamed Halifax police officers involved in the Santina Rao case. On January 15, 2020, Rao was accused of shoplifting at Walmart, and violently arrested while in the presence of her two young children.

The arrest was caught on video (above). Rao was not charged with shoplifting, but was charged with resisting arrest, although that charge was later dropped.

In its summation of the incident, SIRT wrote that:

The totality of evidence clearly shows that [Rao] was causing a disturbance in a public place by screaming, shouting and using obscene language. [Rao] was asked on several occasions by [the first police officer] to stop swearing and to lower her voice, but she did not comply with this request. Both [police officers] told the [Rao] she could be arrested for causing a disturbance in a public place, but this did not cause her to change her behaviour. The evidence establishes that the [Rao] scratched [the second officer’s] face as she was being arrested.

The actions of the two [police officers] in this matter were lawfully justified and required to effect the arrest and protect themselves from the actions of [Rao]. Had [Rao] complied with the requests made by the [officers], she would not have been arrested and the injury to her wrist would not have occurred.

Accordingly, there are no grounds for any charges against either officer.

Rao has also written about her experience for the Halifax Examiner, here and here.