1. Irving says ship contract is not being downscaled

Yesterday’s CP report that the federal government is scaling back the number of Arctic patrol vessels to be procured from Halifax’s Irving Shipyard is disputed by company officials. But CBC interviews both an industry insider and an academic who say that it’s very likely the contract will be downscaled. 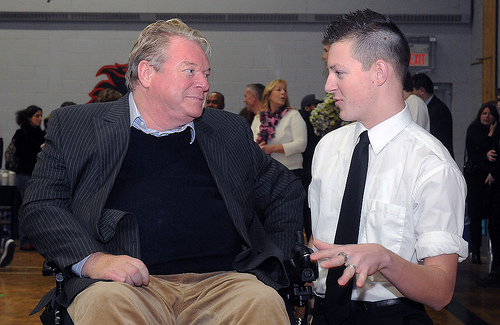 The Chronicle Herald’s Michael Gorman reports that the ombudsman’s office has found that David Shannon, the former CEO of the Human Rights Commission, violated procurement rules by hiring a friend to write speeches for him. Shannon got around a requirement that all projects costing over $1,000 go to tender by telling the writer of the limit, so the writer could charge just less than $1,000 per speech—$17,050 for 18 of them. Gorman doesn’t say so, but this looks to me like one project was divvied up into smaller projects, which is also against procurement rules.

Shannon also wrote a reference letter for the unnamed writer, which contained this gem of a sentence: “As a result of (the speechwriter’s) skills I have been … able to raise my oratory skills from very good to silver-tongued speaker.”

The ombudsman’s report also took issue with Shannon OKing $4,500 for historical archeology research and directing $95,000 towards a cultural and recreational facility in Bridgewater. 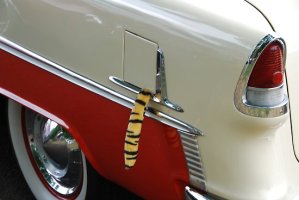 Someone appears to have it out for Esso gas stations. Bomb threats have been called in to stations in West Amherst and Bible Hill, reports Metro. Yesterday the Esso station on the Bedford Highway was closed for an hour or so for some sort of police investigation. The Twitterverse was talking about it all morning, but the police have released no information about it because that would be fully informing the public, and we can’t have that.

Speaker Kevin Murphy kicked d’Entremont off the floor of the legislature during a cantankerous debate over the Yarmouth ferry.

Parker Donham won’t be charged for tweeting a picture of his ballot.

The commentariat is remarkably silent today. The best I can do for you is the Cape Breton Post complaining about tailgaters.

Police Commission (12:30, City Hall)—this meeting was called at the last minute to discuss the strategic plan, so I should probably go. The meeting agenda says it starts at 12:30am, but hopefully that’s a mistake. 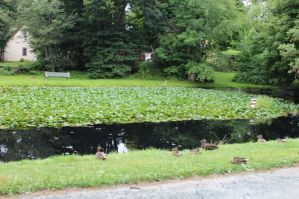 Public information meeting (7pm, Nantucket Room, Dartmouth Sportsplex)—this concerns the proposed development at 8 Linden Lea. I wrote about the proposal here (behind pay wall). Neighbours might have concerns about the size of the proposed four-story building, but I’m particularly worried about the duck pond across the street. The pond is a lovely, almost secret, spot in downtown Dartmouth, and it’d be horrible if it got polluted or if the ducks were chased away by shoddy construction practices.

I have reason to worry because the developer submitted this bit of wisdom to the city as part of the development proposal:

The site’s close proximity to Downtown Dartmouth and the Ferry Terminal gives the project significance and merit to increasing density in support of policy N-5 goals. The design intent and theology behind the proposed development is to promote a greater neighbourhood and downtown lifestyle of green living targeted at a market for both young working professionals and families alike.

As I wrote in August, I realize planning and design circles have been infected by woo-woo and New Age nonsense, but I’ve never before seen it referred to as theology, so I’m almost certain they’re going to screw this up.

Scottish independence (Wednesday, 12:30pm, Lord Dalhousie Room, Henry Hicks Building)—Alan Trench, formerly with the University of Ulster, will “look at how the [Scottish]  referendum came to be called, the strategy of the campaigns and how those campaigns played out. It will then look at the emergent plans for further devolution and what those mean not only for Scotland but for the rest of the UK as well.”

Arctic Visions, Arctic Lessons (Wednesday, October 22, 7:30pm, Atrium 101)—Nancy Doubleday, a philosopher and HOPE Chair in Peace and Health at McMaster University, will talk about the challenges of self-governance in the Arctic as the rest of the world is trying to exploit the place.

This is called the best rejected New Yorker cartoon ever. Hard to argue with that. 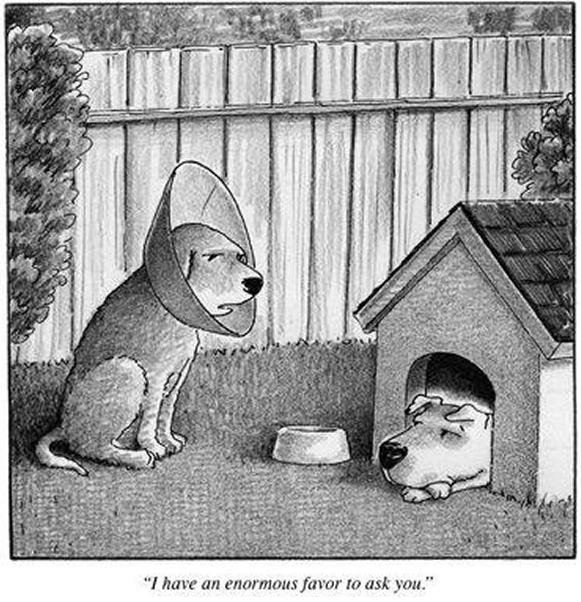 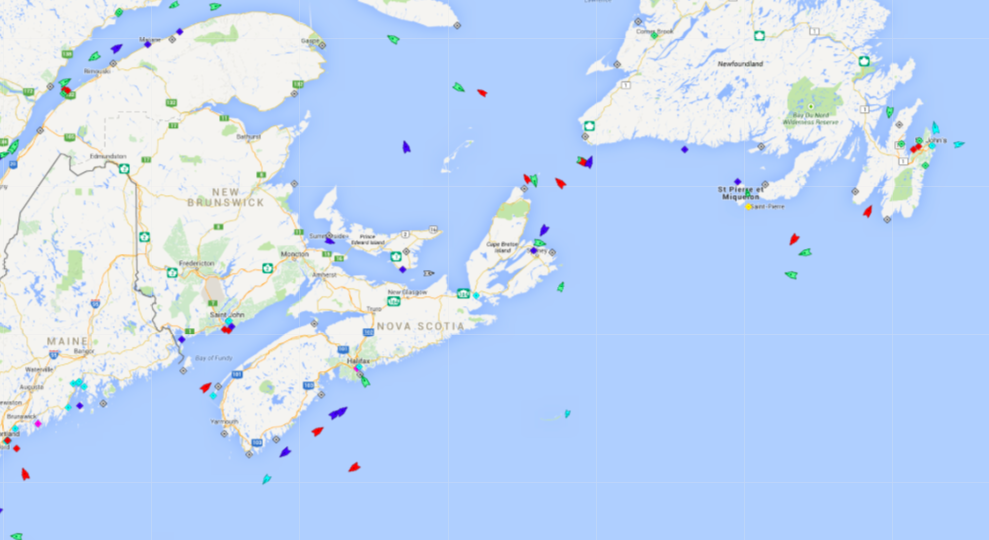 The seas around Atlantic Canada, 5:45am Wednesday. Map: marinetraffic.com

It’s important to maintain our historic buildings, and especially City Hall. I’ve been a big fan of the ongoing restoration of the building, and think the stonework looks great. I’m more ambivalent about the interior work, and I don’t especially like that the wood panel hallway walls have been painted white, but tastes differ, ya know?

Of more concern is that even with $3 million or so spent so far, the building still does not have a fully accessible entrance; people using wheelchairs have to use the Argyle Street door and buzz the commissionaires to come open the door for them. It’s insulting. Surely a user-activated mechanical door can be installed.

Worse still are the added barriers facing the general public, handicapped or not. I know this is a quaint notion, but having direct access to public servants is an important and necessary part of a democracy. I’m so old I remember walking into my local City Hall, knocking on the mayor’s door, and he’d answer himself. By the time I was working as a reporter, a lone receptionist would sit between the lobby and the dozens of public servants working in the cubicle farm behind, an annoying but perhaps necessary intermediary if only for navigation purposes.

For most of my reporting career in Halifax, I could pick up the phone and call the director of planning or the manager of the Public Gardens or whoever, and we’d have a nice discussion about whatever it is I was writing about. That direct and honest communication ended a few years ago, and now those public servants are safely encased behind a communications wall lest they get off message or speak the truth. If a reporter or anyone else wants to find out what’s going on in city government, you have to deal with propaganda specialists and their castles of bullshit.

And today, a tender has been issued for the installation of glass security doors at the second (main) floor lobby of City Hall, a physical barrier separating we heathens, I mean citizens, from our public servants. They’re not drawing up plans for the invasion of Normandy in there. They’re working for us, doing the important but prosaic work of providing municipal services. They should be accessible and approachable, and not cowering behind security guards and glass doors. What are they afraid of?