You are here: Home / Commentary / Silence equals death: Can I Be Me and queer people of colour 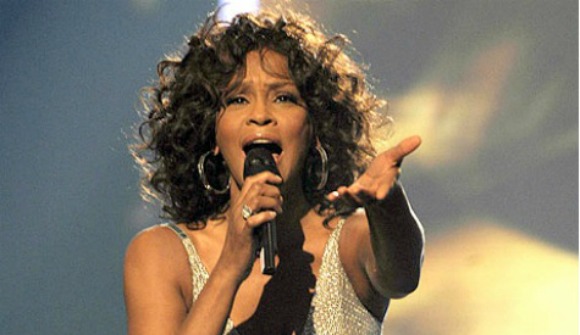 “‘Women of Color’ have rarely had the opportunity to write about their love affairs.” The line is from an Alice Walker poem of the same title, found in her 1991 collection Her Blue Body Everything We Know and wafted through my mind as I watched Whitney: Can I Be Me, which airs tonight on Crave TV and Showtime.

Using as its springboard Houston’s 1999 World Tour, the documentary features never-before-seen footage of the star-crossed singer who died in a Beverly Hills hotel bathtub from drug-related causes in February 2012, at age 48. Three years later, Houston’s only child, Bobbi Kristina Brown, died in the aftermath of eerily similar circumstances that found her unconscious in a bathtub in her Georgia apartment. She was 22.

I’ve written previously for the Halifax Examiner about the life and death of Houston and the new film by Nick Broomfield and Rudi Dolezal doesn’t deliver any startling revelations. But viewers will find value in the inferences (both implicit and explicit) about the role that homophobia played in the demise of a woman who was long rumoured to have had a romantic relationship with her trusted confidante and later creative director, Robyn Crawford.

The film includes archival interviews with Crawford, who reputedly severed professional ties with Houston after the singer’s 1999 tour. The former college basketball player spoke publicly for the first time about Houston in an interview posted on Esquire magazine’s website after Houston’s death. To my knowledge, Crawford has not since uttered another word about Houston, who denied (unto her death) any sexual involvement with her but who, in a 1992 interview, she praised as the individual “who knows me better than any woman has known me.”

The film touches on the impact of the hypocrisy of the traditional black church (in which Houston was reared) on LGBTQ members within its ranks and presents a damning portrait of Houston’s mother, who in a 2013 interview with Oprah Winfrey summarily declared that she “absolutely” would not have condoned her daughter being gay. Readers interested in an unvarnished examination of the contributions of black queers to the black church will find a dazzling resource in The Fan Who Knew Too Much: Aretha Franklin, the Rise of the Soap Opera, Children of the Gospel Church, and Other Meditations (2012) by Anthony Heilbut.

As the credits rolled for Can I Be Me, I was also transported back to a lecture hall on the Dalhousie campus where I was honoured to participate, earlier this year, in the Gender and Sexuality Alliance (GSA) conference hosted by The Youth Project in Halifax. The gathering brought together several hundred students from around the province in an effort to affirm and strengthen their bonds as young LGBTQ activists.

My elation, as an elder out black lesbian, at the sea of eager, earnest and sublimely “I’m Gonna Do Me” faces was tempered by the scant presence of students of colour at the event.

For its abundance of heartbreak, Can I Be Me also offers potentially healing medicine for (especially) queer Nova Scotia youth of colour struggling to celebrate their identity. It’s been said before and I’ll say it again: Silence equals death.