This is the fourth in the “Living through the coronavirus crisis: stories from the African continent” series of personal stories from different countries in Africa, which provide a glimpse of how people are coping with the COVID-19 crisis, what measures are being taken to try to contain the spread of the coronavirus, and how those affect the most vulnerable.

This story comes from Sierra Leone, from the perspective of Theophilus Gbenda, a journalist who lives in the capital Freetown. He also owns and runs a company called Community Media Network, which has funding from the German government to produce programs on food as a basic human right to a consortium of 50 radio stations in the country.

I met Theo 13 years ago, and since then we have worked together on several research projects into mining injustice and large-scale land-grabbing by foreign investors in Sierra Leone for oil palm plantations. He is the father of four, and a tireless defender of human rights and media freedom. 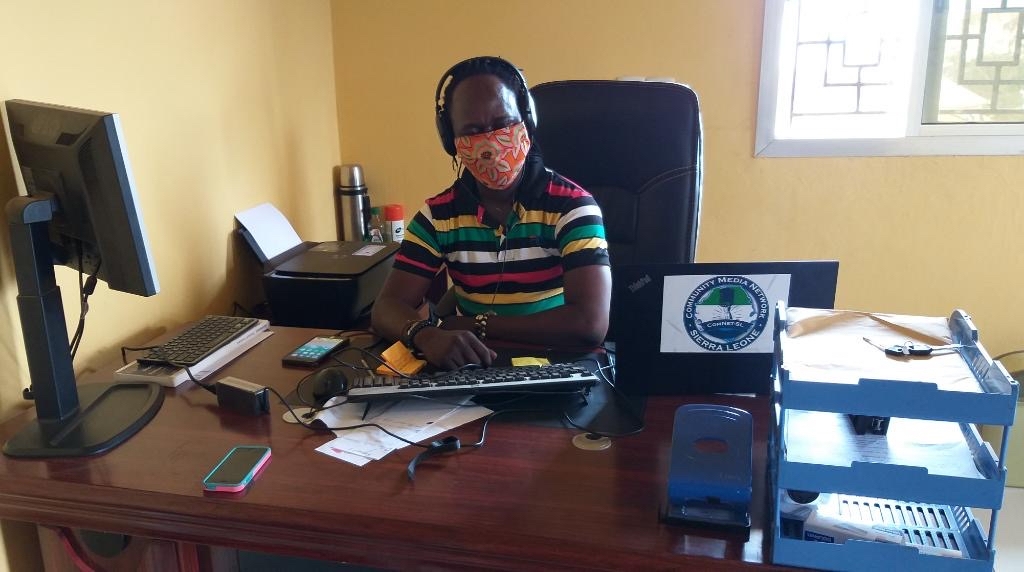 The first time Theo and I chatted about the coronavirus crisis was March 30. He contacted me via Facebook and asked about the situation in Nova Scotia.[1]

At that point, Sierra Leone still had no COVID-19 cases at all. Theo said it was their “fervent prayer” that the coronavirus would continue to stay away.

The country on the West African coast has had more than its share of crises, with the Ebola outbreak of 2014 – 2015 that killed nearly 3,600 people, and an 11-year-long civil war fuelled by “blood” diamonds, which killed 50,000 and displaced more than a million.

I said to him that I was happy — and also surprised — that Sierra Leone was still COVID-19-free, surrounded as it was by countries that were watching the tally of cases steadily rising. I asked Theo how he thought Sierra Leone had managed that feat.

Alas, the very next day, Theo sent me news clips of Sierra Leonean President Julius Maada Bio declaring the first case of COVID-19 in the country. He said it was a 37-year-old business person who had flown home to Sierra Leone from France on March 16.

According to Theo, the man had spent two weeks in quarantine and tested negative for COVID-19. He then left quarantine and went home to his family, but started feeling unwell. He went for another test, and this time tested positive, but only after he had had contact with many people.

After that, the government closed schools and borders.

Since then, Theo has kept me apprised of what is happening in the country. He says that even before the first case, Sierra Leone was “shaken up” and in “absolute panic.” In his view, this is because they were seeing and hearing the devastating effects the coronavirus was having in places where they could never have imagined such a health crisis, in:

… developed countries like America, England, China, Italy, Canada, and some other places, that we know have good health systems. We were comparing these to our own situation, where our health infrastructure is nothing good to write home about. And so now that we have recorded ten cases, it has become a crisis period.[2]

The government then put the country on total lockdown for three days, during which only those with special passes — health workers, security forces, and journalists — were allowed outdoors.

Theo thinks the government tried its very best, but “messed up” with the quarantine process.

He refers to the large Australian-owned Sierra Rutile (titanium dioxide) mine about 300 kilometres southeast of Freetown.

During the lockdown, Sierra Rutile was operating. This is an affront to the nation. 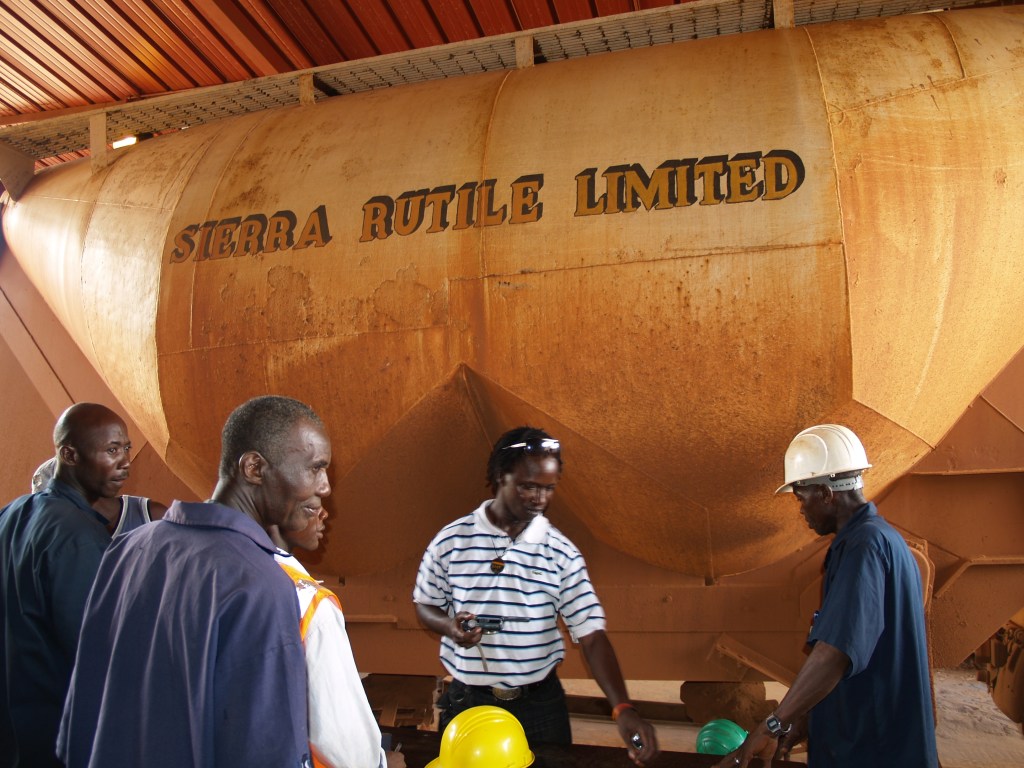 For the rest of the population, he says the lockdown brought great hardship. Although the government provided a week’s notice so people could stock up on food, most Sierra Leoneans do not have running water at home, even in cities. Freetown’s water supply is woefully inadequate at the best of times. Says Theo:

That is where things actually went wrong because the government did not properly prepare itself for the lockdown. Water was practically not available in some areas, and it was during the quarantine [lockdown] period that Guma Valley [the company that provides the city with water] went in with water tankers to supply free water to people. You can imagine hundreds of people waiting for water. You can imagine how chaotic the scenes were. Social distancing was impossible because of the mad rush.

Theo says electricity is also in short supply in the capital. Even those who have purchased credit may have power for just a few hours a day, and even those who have refrigerators cannot store food for long without electricity. Because the normally crammed taxis and mini-buses are now expected to reduce the number of passengers per seat, he says there are long lines with hundreds of people on the roadsides waiting for transport. “We cannot talk much about social distancing,” he observes.

During the lockdown, Theo says he observed some police who were very “humanitarian,” allowing people into the streets to get water from public faucets or vendors. Some were not. Theo sent me a video of police in Freetown beating roadside “ataya” (tea) sellers during the lockdown. Theo tells me the police involved are now being investigated.

Following the lockdown, the government imposed a curfew from 9pm to 6am, and forbade travel between districts in the country. Social gatherings are also forbidden, including in churches and mosques. Theo says all of this is “normal in a crisis period” for people in Sierra Leone.

Memories of Ebola are still fresh in the country. Theo tells me that, sadly, there have been changes in how Sierra Leoneans live and interact. He says people no longer shake hands, or hug, or give each other pecks on the cheek when greeting each other. Mind you, he says the older population still hasn’t accepted the changes:

Yesterday I went to see my mom, to take her a bag of rice and some other provisions, and my mom was expecting a warm hug [laughs]. I told her, “Please no.” I said, “Mommy, I want you to get used to it, don’t shake anyone’s hand, including me.”

Ebola, and now the coronavirus, are also changing the way people eat, he says. Traditionally, families and any guests who happened to be around at meal times, gathered around large communal bowls and plates to share a meal. That tradition, Theo says:

… was to show love. This was the African way of doing things. But many things have changed over time. Today in our house we all eat from our own separate bowls.

Unlike Ebola, which spread quickly to rural areas, Theo says that so far, COVID-19 has not, and people are doing their best to see it doesn’t.

No one, no one will wish to contract that virus, given the fact that we have a very weak medical infrastructure. That awareness is there: if you catch corona then you are almost a dead man.

He says that nurses in hospitals have to buy their own protective equipment and that there are very few test kits in the country. People who are wearing face masks are mostly wearing local ones made by tailors, as Theo is.

Theo admits some Sierra Leoneans are skeptical about the COVID-19 pandemic and there are “mixed opinions” about the risks it poses. He says that may be because so far Sierra Leoneans haven’t yet seen any deaths and “the reality.”

I asked Theo if people in Sierra Leoneans are succumbing to the false information that is being spread on social media that there is no coronavirus, that it is all big conspiracy. Friends from Zambia to Côte d’Ivoire have sent me links to these, many coming from religious figures, with their concerns that such disinformation could cause thousands of deaths, although platforms like Youtube and Facebook do seem to be trying to remove them as they appear. 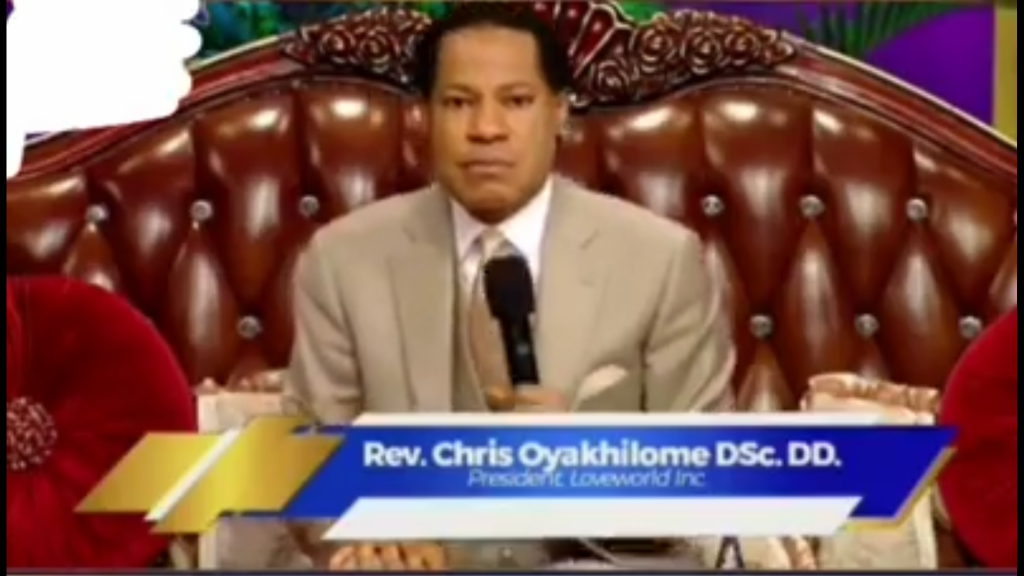 Screenshot of video shared on Whatsapp of Rev. Chris Oyakhilome spreading conspiracy that there is no virus and it is a plot to implant the G5 network.

In reply to my question, Theo sent me a Whatsapp video from Nigerian pastor Chris Oyakhilome, whom  the International Consortium of Investigative Journalism (ICIJ) says is a controversial Nigerian televangelist whose family has links to offshore accounts in tax havens. ICIJ describes Oyakhilome as:

…founder and president of one of Africa’s largest Pentecostal churches, Believers Loveworld Inc. (aka Christ Embassy), which claims “hundreds of churches … affecting millions of people” in all the continents of the world, with a strong presence in the United Kingdom, South Africa, United States, Canada and Nigeria.

In the video, Oyakhilome claims there is no virus and that this is all a plot to install the 5G network in Africa, and that prayer can stop the whole thing. That video continues to circulate, as do others that Theo has been sending me using Whatsapp.

Because of such disinformation campaigns, Theo says there is an urgent need for accurate and scientific information on the coronavirus in Sierra Leone. He has approached the German government agency that is funding the project he is working on to produce radio programs about the human right to food in his country and the importance of making local food available and affordable, and proposed that for the time being, they switch the focus of their work to battling COVID-19. He is working on the first of those programs now.

As originally written, this article referred to two expatriate mine staff members who went to the mine site and subsequently tested positive for COVID-19. New information suggests that while both are ill, only one has tested positive, and that the timing and source of that infection is still being investigated.

[1] Nova Scotia is well-known in Sierra Leone because its capital Freetown was founded by black loyalists who sailed from Halifax in 1792.

[2] According to Wikipedia pandemic data, as of April 14, Sierra Leone has 11 cases and no deaths from COVID-19.