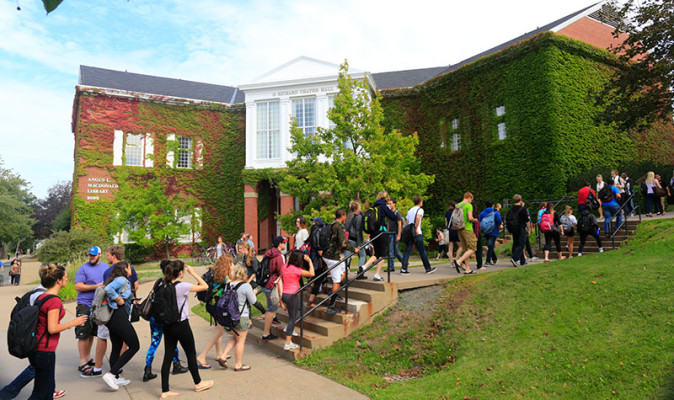 The debt slaves of tomorrow.

Brian Leadbetter, the head of Dalhousie University’s PR department, tried to kick Metro reporter Zane Woodford out of a presentation on proposed tuition increases at the Dalhousie Student Union by the university’s Budget Advisory Committee.

Leadbetter famously doesn’t respond to phone calls from reporters — “Leadbetter is not available for comment” will be inscribed on his tombstone — and the Dal PR department he oversees can’t even figure out how to sensibly inform the public about university events. I don’t know what we pay the PR people for, but their job doesn’t appear to be about public relations — and if tuition rates aren’t a public matter, I don’t know what is. Rather, it’s as if the university is just a privately held subsidiary of Shell oil company, and not owned and funded by the people of Nova Scotia.

Meanwhile, over at Saint Francis Xavier, tuition is also going up, reports the Canadian Press:

The school’s board of governors has approved a tuition hike of 18 per cent over three years. 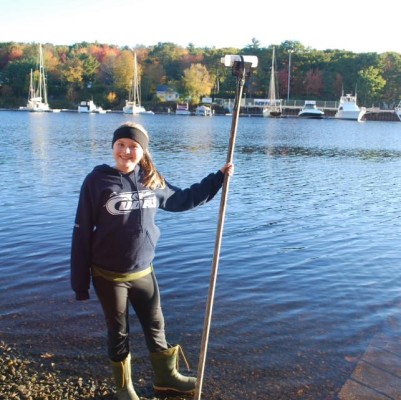 “A 12-year-old girl from Dayspring, N.S. may be too young to vote, but she’s making it difficult for authorities to continue to ignore a decades-old ‘environmental disaster,'” reports Paul Whithers:

Stella Bowles’s elementary school science project has taken off on social media and it has helped drive a campaign to end the discharge of raw sewage into one of Nova Scotia’s most beautiful rivers.

The Bridgewater Elementary student has been sampling the LaHave River since November and posting the results on a Facebook page and in the process garnering tens of thousands of hits, hundreds of shares and responses from all over the world.

“I would like to see change happen so I will be able to swim in my river,” she said.

The results — that enterococcus bacteria levels at four sampling locations exceed Health Canada guidelines — have been validated by a government laboratory. Samples posted by the Town of Bridgewater last week were too high to count.

If Stella plays her cards right, she can land at a good university and end up hundreds of thousands of dollars in debt. Somebody’s gotta feed the global financial industry.

The downturn in the province’s mink industry has claimed 10 farms and hundreds of jobs, numbers the president of the association representing mink farmers expects to grow.

“In many cases, there is a $20 bill or greater difference between what mink are selling for and what it costs to raise one,” said Matt Moses. “Last year alone, we raised 2.3 million mink in the province; you start doing the math and there’s a lot of money being lost.”

The problem, quite simply, is that the price for pelts has bottomed out.

Just a few years ago, the federal and provincial governments dumped $1.7 million into the Nova Scotia mink industry.

There aren’t many government economic development projects that can be deemed successes. Better to spend that money on improving internet access. Speaking of which…

Tony Nader took to the CBC to complain about the kids today and their hippity hop and their interwebs and their phones:

The middle-aged man said he has a landline at his work and at home and if anyone needs to reach him they can call him, if he’s not at either of those places, his time is his own.

Nader said he’s never run into an emergency where he needed a cell phone and isn’t worried that he will.

I can’t imagine that anyone cares if Nader uses a phone or not. So what? But if readership of the CBC is anything like readership of the Halifax Examiner, more than a third of the people reading Nader’s anti-phone rant are doing so via their phones. The Examiner stats for readership are:

I’m old and going blind and have big ungainly fingers, so prefer to use my laptop, but the reality is I use my phone pretty much all day, at least as a hot spot for my laptop, but also to listen to podcasts, to check and respond to email while on the bus, and to ignore the text messages coming my way. It happens all the time — it will happen today — that I’m at the courthouse going through documents and I need to google something to figure out what I’m dealing with, and my phone is thankfully at hand. That’s the way my world works, for better and worse.

Still, while I’ve adapted to the technology, it does have its limits. This morning the city issued a tender for internet voting in the fall election and subsequent byelections until 2020. The background for this is Dartmouth internet voting firm Intelivote is reportedly ceasing operations. Spanish firm Scytl is the largest player in North America, and will likely win the contract.

I think this is a waste of money and, worse, threatens the integrity of the election. I wrote about this at length in 2008, and my views haven’t changed. If anything, I’m even more skeptical of internet voting.

And experience has shown that internet voting doesn’t lead to increased voter turnout. Besides, it’s a red herring. We turn to gimmicks like internet voting in hopes of increasing voter turnout instead of working to create a politics that engages people. Easier to spend a half million dollars on internet voting than to challenge the abuses and biases that are built into the political system. 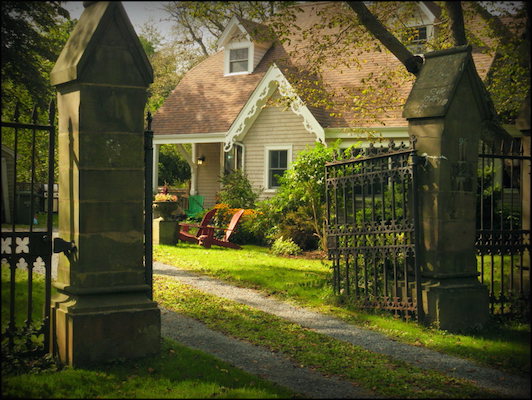 “Gates and gateways are  powerful symbols in our culture,” writes Stephen Archibald. “Think of the gated community, gateway drugs, the pearly gates, or the Atlantic Gateway Project. Well maybe not the later but you get the idea. Gates are also attractive structures and it is surprising how many nice old ones we have around Halifax when you start looking.”

Archibald has been looking for a long time, and shows us a lot of local gates, including the above gates, which once marked the entrance to Oaklands, the Cunard Estate. Oaklands is long gone, but the gates remain — “That’s the picturesque gate house in the background,” notes Archibald.

Ever since the Newfoundland Liberals swept into power at the end of November, Atlantic Canada has been Liberal Land — four provincial Liberal governments added to the 32 Liberal MPs from the region elected in October. Earlier this month a meeting in Fredericton provided a glimpse of how things are going to be in this congenial new world. It was not a reassuring sight.

The Fredericton meeting brought together the three Maritime Premiers (and a snowed-in Dwight Ball on the phone from Newfoundland) with a squad of federal cabinet ministers, led by regional MPs Scott Brison of Treasury Board and Dominic LeBlanc, the House Leader and long-time friend of Justin Trudeau. The first sign that legendary Liberal arrogance is back (if it ever went away) was the decision by the host Premier, Brian Gallant, to take advantage of the presence of all these Liberal heavy hitters on government business to conduct some party business — a $250-a-plate fundraising dinner featuring the Premiers as guest speakers. Although Mike Duffy is in more than a spot of trouble for similarly mixing up who should pay for party and official gigs, the advent of sunny ways seems to have had a cleansing effect all around.

According to a CBC report, New Brunswick cabinet minister Donald Arseneault mounted the following defense: “This is a unique opportunity, and if we want to give access to business stakeholders and whatnot to advance their projects, their causes, hey, rightfully so.” Now, the fact that the “business stakeholders” had to pay $250 a head to the Liberal party to “advance their projects” may differ from the liquor commission “tollgating” perfected by the Nova Scotia Liberals in the 1970s, but the distinction is not obvious.

Here’s CBC reporter Jacques Poitras’s account of the fundraiser, which I had somehow missed.

For Starr, however, the fundraiser was tangental to his main purpose, which is an extended discussion of health care transfers, and how the Maritime Liberal provincial governments aren’t pushing the federal Liberal government to act on Prime Minister Justin Trudeau’s promise to reverse the changes Stephen Harper brought to equalization. At stakes are hundreds of millions of dollars that Nova Scotia cannot afford to pass up.

This is an open call to artists to stop using graffiti-style art to adorn businesses. Please consider the history of graffiti as a voice for the disenfranchised and an act of subversion.

Co-opting graffiti style for commercial purposes is equivalent to stealing from the poor; you are diluting the value of the medium if your message is simply “shop here.” 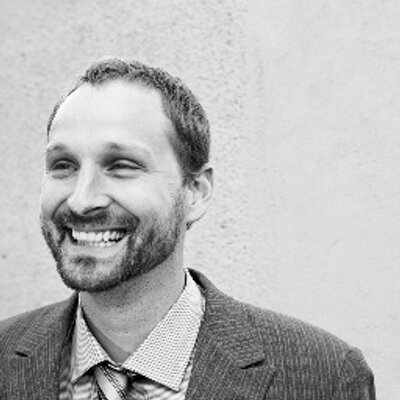 Ryan Meili (5pm, Sir Charles Tupper Medical Building, Theatre A) — Meili, the Executive Director of Upstream and a family doctor in Saskatoon, will speak on “Health Care Teams Addressing Poverty and the Determinants of Health.” You gotta RSVP via Eventbright, but of course the highly paid PR professionals at Dal don’t provide a link to the Evenbright page where you can RSVP, so I don’t know, just crash the event.

The Politics of Fear and the Power of Failure: Why Terrorism Succeeds (7pm, Halifax Central Library) — Frank P. Harvey will speak. 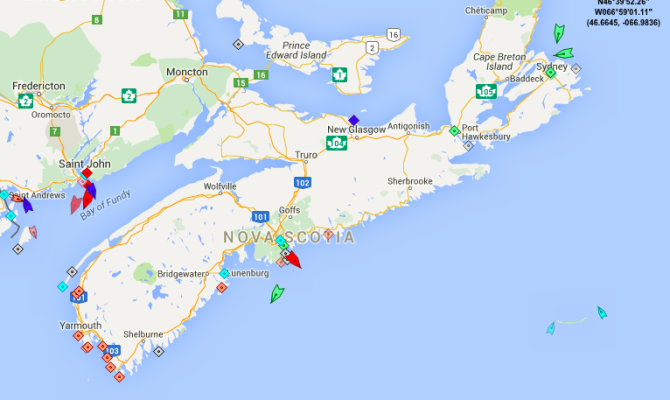 The seas around Nova Scotia, Thursday, 8:45am. Map: marinetraffic.com

The guy at the Pilotage Authority is either sick or drunk or kidnapped, and hasn’t updated the harbour comings and goings since noon yesterday. Sorry.