You are here: Home / Featured / She had a bad date with the future mass murderer, went back to his apartment, and an RCMP officer walked in 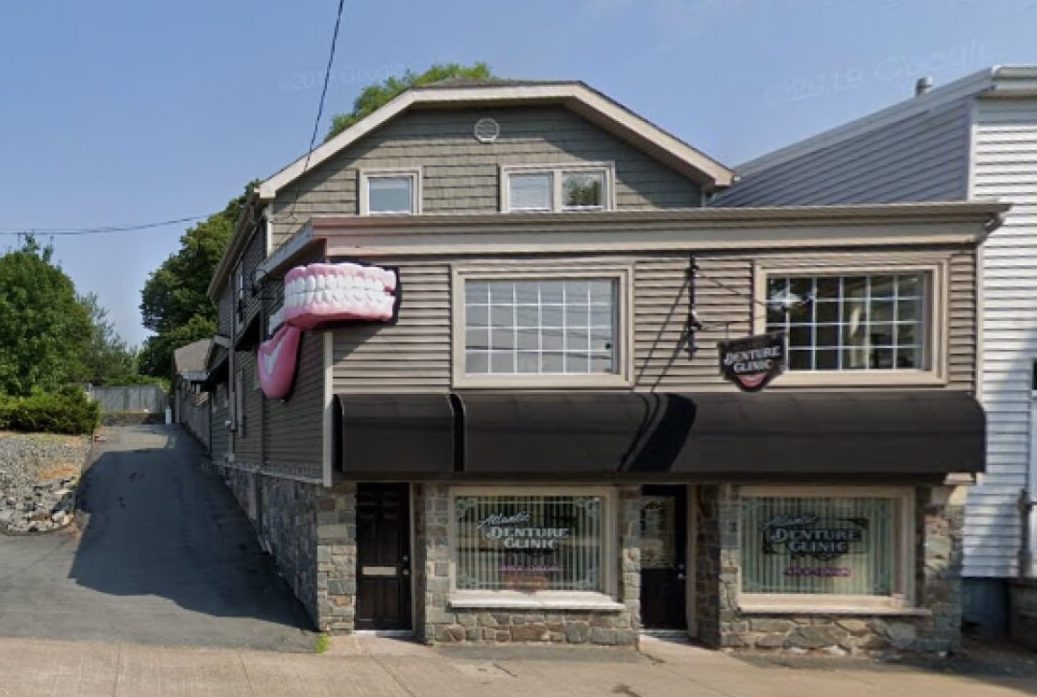 The killer’s property in Dartmouth in 2019. The teeth were removed from the building days after the mass shootings, and the building was subsequently razed. — Google Maps

She was out with friends, having drinks at The Thirsty Duck on Spring Garden Road.

“I happened to be talking about my teeth… I wanted to get them laminated,” said the woman, who is referred to in Mass Casualty Commission documents as QQ. QQ gave a statement to RCMP Cst. Jennifer Tichonchuck in February of 2021, but the events in question happened in the fall of 2000.

“And I never knew he was even in this world,” QQ continued, “but he was standing I guess behind me or he was listening to me. And he interjected by saying, ‘I wouldn’t do that if I were you.'”

Twenty years later, the man killed 22 people in a murderous spree across Nova Scotia. The Halifax Examiner refers to him as GW.

GW, a denturist, told QQ about dental bleaching. Then he asked her out. “And I said yes.”

About a week later, GW picked QQ up for a date, and they went shopping at Costco. “Or he did,” said QQ. “It’s like money wasn’t an option and he wanted me to know it.”

From Costco, they drove to GW’s apartment above the denturist office on Portland Street. He dropped her off in front so he could park behind the building, then walked back around to let her in. They went upstairs.

“He talked a lot about himself,” said QQ.

GW told her about his recent divorce, which he explained came about because his wife discovered he was cheating with someone who leased a room in their apartment. This corresponds with his ex-wife’s statement to police; she said the other woman had taken denturist classes with GW.

Then balding, GW showed QQ a photo of himself with a full head of hair. “And you know, I mean, he was an extremely good looking guy, you know.”

GW lit a fire in the fireplace.

“And then he had a visitor.”

“We were in the living room,” explained QQ. “And it’s one thing led to another… and you know, he made a comment because — he didn’t make it any secret that he was very well endowed. Scary, actually. Freakish. Definitely not normal.”

“I was getting bad vibes, and we were in the living room,” continued QQ. “It was around midnight, I would say. It was late. And it was winter.”

She heard someone open the back door, then kick their boots on the ground to get the snow off.

“He didn’t knock. And he, it was an RCMP officer… he just walked right in, like it was your brother.”

QQ described the man: early 30s, dark complexion, dark hair, about the same height as GW. He looked like he worked out, but he wasn’t bulky. 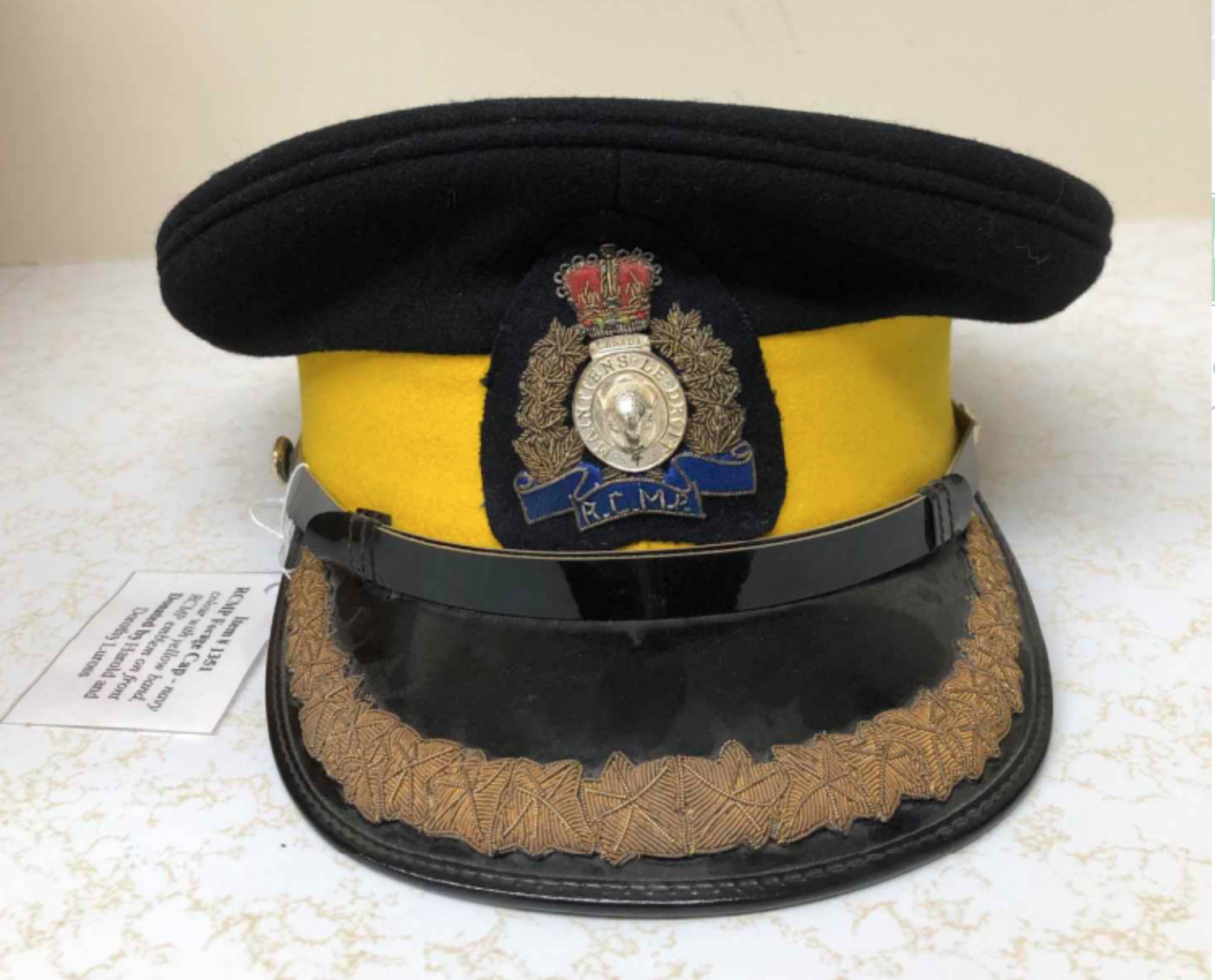 “His ears stuck out. He had big ears. I thought, ‘man, you’re going to hold up that hat real good.'”

He removed his hat. It was a “hard hat, the normal police hat,” said QQ. “We call them a forage cap,” said Tichonchuck, the investigator.

And QQ remembered a yellow stripe going up his pant leg.

GW introduced the man to QQ, but 20 years later, she couldn’t remember the name.

The man in the police uniform told GW there was a break-in in the area, but that didn’t sound right to QQ. “I thought, hmmm, this is not your area, you’re RCMP. You’re not near where you’re supposed to be.”

The man in the police uniform soon left, and then GW stood up, put on a black parka, and grabbed a slingshot.

The date got stranger still. GW would leave the room occasionally — QQ thought he was sneaking drinks, and as the night went on GW was getting increasingly drunk.

She was hungry, but his refrigerator was empty, and he wouldn’t take her to get food.

He told her he had paid his way through university by smuggling cigarettes and alcohol across the border, and then he had been an embalmer. He explained that there were “two ways how to drain bodies.” QQ described the two ways to Tichonchuck. “I’m like, oh my gosh, this is gross.”

In the morning, she didn’t see GW so she decided to “skim my behind out of there,” but then he re-appeared. “He was jumping around and he was nude. I was grossed out. This is [inaudible] would up. And he was proud of it. And I’m thinking this is getting crazier and crazier.”

That was the only time QQ went to GW’s apartment. She thinks she went on “a couple of dates” with him, but within a week or two, she decided she needed to end it.

“He became very possessive, real quick,” she explained. “Trying to lock me down.”

She decided to take him back to the “crime scene” — The Thirsty Duck. “And I brought someone that would come on to him” — her cousin Kim.

Kim and QQ went to The Thirsty Duck washroom, and Kim told her that GW was grabbing her ass. “So, I was like, Bingo!” said QQ.

The women returned to the table and started chatting with GW, and QQ told him it wasn’t working out. “And oh my good lord,” said QQ, “he had a temper.”

GW told QQ she was making the biggest mistake of her life.

“Anyhow, that was fairly early in the night,” she said. “And then it was a band playing, and then he had some girl.”

Two decades later, after the mass murders and all the publicity, it occurred to QQ that the “girl” GW was with that night was Lisa Banfield. “It’s like the same hairdo, same colouring, and you know, it appeared to be her.” Multiple witnesses have said that Lisa Banfield met GW in a bar, but the name of the bar doesn’t appear in any of the documents released publicly so far.

QQ was direct in her criticism of the RCMP. When she learned who the killer was, “I thought, there’s no way on God’s green earth he got away with this and no one in the RCMP knew about it.”

At the beginning of the interview, Tichonchuck mentioned that QQ had provided a statement soon after the murders. That previous statement has not yet been made public by the Mass Casualty Commission.