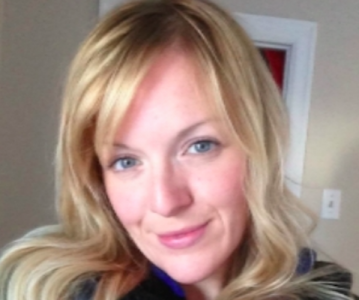 I can see no principled basis for treating public access to Ms. Campbell’s sexual history differently at this preliminary inquiry than it would be treated if she was alive…

It would be illogical to suggest that because Ms. Campbell is dead she has no entitlement to dignity and privacy. Indeed, one of the offences with which Mr. Garnier is charged is a dignity-based offence: improperly interfering with Ms. Campbell’s “human remains.” A salutary effect of a section 486 order therefore is the protection of Ms. Campbell’s dignity and privacy. There is no public interest to be served in allowing members of the public access to details about Ms. Campbell’s intimate life at this stage of the proceedings.

But that was the preliminary hearing. Later, at trial itself, Justice Joshua Arnold allowed the testimony. That evidence didn’t seem to have any effect on jurors — they swiftly convicted of Garnier of second degree murder.

Derrick disallowed the testimony because it would impugn Campbell’s reputation, dignity, and privacy. Arnold allowed the testimony, apparently, because Garnier should be allowed a robust defence. There may be not inherent contradiction here — the preliminary hearing was only to test the worthiness of taking the crown’s case to trial, while the trial was to actually judge Garnier’s innocence or guilt. Two different standards were at play.

But there’s a related issue that needs exploring. Arnold held an in camera voir dire — that is, an evidence hearing within the trial from which the public and reporters were barred — to hear arguments about whether details of Campbell’s sexual history should be permitted. So we don’t know what arguments were put forward, but the crown asked that the witness’s name be subject to a publication ban, a condition the defence did not contest and which Arnold agreed to.

A man who briefly dated Nova Scotia police officer Catherine Campbell was called to testify Friday about her prior sexual activity, as the defence closed its case at Christopher Garnier’s high-profile murder trial.

The man, whose name is protected by a publication ban, told the jury he had sex with Campbell on two occasions, and at one point, he put his hand on her throat.

When he was asked by Pink to describe for the jury how he did that, he opened his hand and placed it around the front of his own neck.

Under cross-examination by Crown attorney Christine Driscoll, the man conceded that he did not put pressure on Campbell’s neck, and he agreed when Driscoll said his hand was on her throat in a “caressing fashion.”

He agreed that she never asked to be choked.

The witness testified that Campbell wanted to practice wrestling with him following their second sexual encounter, and that they were partially clothed at the time.

(I’m not faulting Canadian Press reporter Aly Thomson; hers was a Herculean reporting job, and she worked with what she had.)

I happened to be in court when the man’s name was discussed by Arnold, but because of the publication ban, I can’t tell you who he is. I googled his name, searched other public records… so far as I know, he’s not himself a prominent person or related to anyone who is a prominent person.

Arnold’s voir dire ruling has yet to be published, so I can’t say what his reasoning was.

We have a presumption of an open court, and to close the court or to put a publication ban in place requires an extraordinary reason. But at this point, in terms of reporting the name of the man who testified about Campbell’s sexual history, I’m not seeing that extraordinary reason to prohibit it.

“Jaded by past failure and sporadic expansion chatter that hasn’t gone anywhere, local fans might be too hasty in relegating the latest CFL expansion bid to the improbable bin,” reports Francis Campbell for the Chronicle Herald:

“We feel that the odds are better than not,” said a guarded Anthony LeBlanc, one of three businessmen who front a company that is keen on pushing CFL expansion to the Maritimes over the goal-line this time around.

“There is a lot of work that needs to be done. We are taking a sizeable financial risk on our part. Business is a deal of risk-reward. We are certainly not at that point that anybody is saying this is approved and it’s moving forward.”

LeBlanc said the ownership group has commissioned Deloitte Halifax to prepare a third-party analysis of the benefits a stadium could bring to the city and province.

LeBlanc said in addition to hiring Deloitte and legal representation from McInnes Cooper in Halifax, the ownership group engaged Corporate Research Associates to do detailed polling.

Oh, but the “real money” is about to come, honest:

“We are getting to the point where we’re ready to spend real money, when you are bringing in companies like Deloitte, law firms, when you are doing serious government relations,” LeBlanc said.

You only need “government relations” if you want something from the government. And in this case, “spend real money” means getting the government to build you a stadium. It’s as simple as that.

Look, if the government will build you a stadium, just about anyone could put together a CFL team. How hard can it be? Hire a manager, a coach, a couple more guys to carry around clipboards, someone to sell trinkets and jerseys online, finance the thing by splashing the name of a bank on your uniforms — the Scotiabank Schooners, wait for it — and voilà, you’ve got 11 doped up guys running around the field slapping each other on the ass and a bunch of tailgaters passed out drunk in the parking lot. The TV rights to that are a gold mine, I’m told.

Seriously, I’m told the whole thing hinges on getting a TV deal. And a stadium, of course.

You just know we’re going to build them a 25,000-seat stadium. That’s how these things work. Why the hell else did the ownership group meet with city councillors in secret? Oh, they’ll spin it otherwise, It’s not really a CFL stadium, but an “all purpose stadium” for, um, all purposes! Like a concert. Never mind that we couldn’t get 25,000 people to buy tickets to see a Beatle on a sunny day on the Common, that many people will trek out to Bayers Lake to line up to see, I dunno, NCT or Beiber or some such. And the financing will be complex enough to dupe at least some people into thinking the government isn’t actually paying for the stadium — a long term lease to the team to cover loan payments on a bond secured by blah blah blah — but in the end, the public will be left holding the bag.

“More than a dozen mayors in southeastern New Brunswick are urging the provincial government to deny a private company’s proposal to truck garbage from the Saint John area to a landfill in Nova Scotia,” reports Bruce Wark:

At last week’s meeting of Sackville Town Council, Mayor Higham circulated a letter he had signed along with the mayors of several other cities, towns and villages, including Moncton, Dieppe, Memramcook, Shediac, Port Elgin and Dorchester, urging Environment Minister Serge Roussell to put a stop to the plan.

The Toronto-based, waste management company, GFL Environmental Inc., applied for a provincial permit in October to build a garbage transfer station in Saint John. GFL wants to use the station for shipping industrial, commercial and institutional waste (known as ICI waste) to a landfill the company owns in the Nova Scotia Municipality of West Hants, which includes the town of Windsor and the areas around it.

The letter, signed by the mayors, is from the Southeast Regional Service Commission also known as Southeast Eco360, the body that oversees the regional garbage disposal system. It operates the regional landfill site as well as recycling and composting facilities.

The letter warns Roussell that GFL’s plan would set a precedent that could eventually undermine the financial viability of New Brunswick’s entire garbage disposal system leading to job losses, higher taxes and a reduction in services.

I’m not going to pretend otherwise.