On Friday, public schools across Nova Scotia will take part in Black Excellence Day to celebrate the stories, art, and innovations of Black people and their communities.

“Students and staff in Nova Scotia’s public schools as well as supporters are invited to wear black t-shirts to celebrate and stand in unity in support of the success of Black students,” read an announcement that was shared on schools’ social media sites earlier this week.

“This is also an opportunity to commemorate the ongoing struggle by Black Canadians for civil and human rights and to remember that small actions can make big differences.”

Lem Sealey is one of several African Nova Scotian student support workers in schools across the province. Sealey works with Black students at Rockingstone Heights Junior High School and J.L. Isley High School, which are both in Spryfield. To celebrate Black Excellence Day, Sealey said he’ll be hosting a Black history quiz he was already planning prior to the announcement of Black Excellence Day. The winner of the quiz will receive a pair of Apple Air Pods. 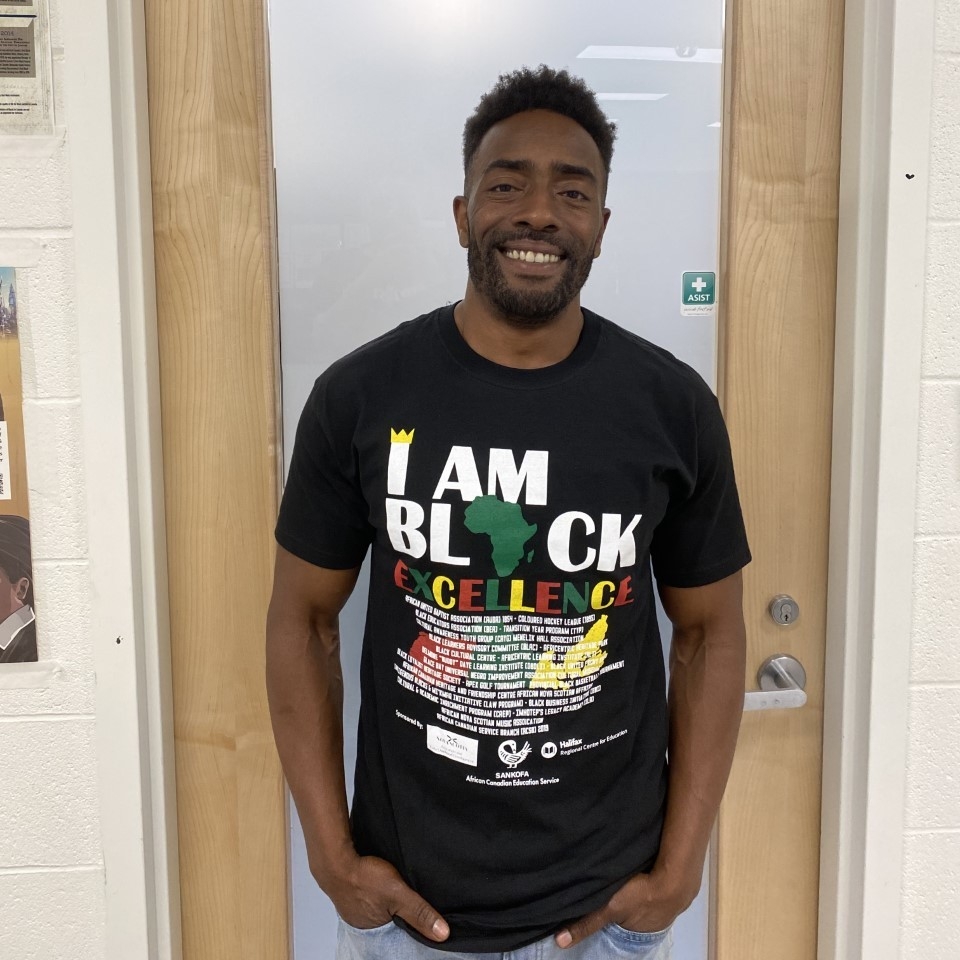 Sealey hosted this Black history quiz last school year. He said many of the students gave him great feedback.

“When you only roll (out Black history) in junior high and elementary, and you bring out Rosa Parks, Viola Desmond, and Martin Luther King Jr., all these other Black heroes and African heroes … are just kind of forgotten,” Sealey said in an interview with the Examiner. “What I do with my quiz, I try to ask questions that I know the students won’t typically know. I’m hoping they’re learning something.”

At Rockingstone Heights, Sealey said he plans to issue a second annual award in honour of his late mother, Donna Sealey, who was a school teacher and resource teacher. Sealey said the award will go to a student who shows a positive attitude, excellent grades, and who is a great example for other students. He said he’s also planned a Jamaican food lunch and a surprise to help celebrate the students recently winning second place in the Delmore “Buddy” Daye Learning Institute’s African Nova Scotian History Challenge.

“Take our graduating class this year — and all across Canada, all of these kids — just like every other graduating class have had to endure 13 years of, I could say unflattering education, to where they’re not always represented in the best light,” he said.

“At my school in particular, I have a lot of kids that are from Africa, the continent, various countries, and sometimes even in Global Geography class they’re talking about where they’re from as third world countries. And they’re not telling the truth in the whole context that these countries are where they’re at because they’re not reaping the benefits of their own natural resources because there are countries in Europe that are taking their resources … and even the US and Canada. When they’re teaching these lessons, how the kids feel goes totally out the window.”

Sealey said the work he and other African Nova Scotian student support workers do fosters Black excellence on a regular basis. For example, with help from a school principal, Sealey once taught students at J.L. Ilsley about African culture by purchasing lunch for them at Mary’s African Cuisine.

“The role is that we’re to support the kids academically, socially, personally with anything that’s going on with them. We’re to be that support system to help get them through these 13 years,” Sealey said. “It’s unfortunate that this role wasn’t around when I was in school.”

“The board tries to hire people who show good character. We’re all different walks of people, and we’ve all been through different things, but we all have a good character. And the people that I work with that do this job with me, they’re good people who have their own stories and have their own experiences to let these kids know. And the thing is is that it doesn’t mean everyone’s history is squeaky clean and everything like that, because at one point we were all young Black kids growing up (going through) the same stuff.”

“It’s like you grow up and you learn and you make it out of it, and you want to just give back and let the young ones know where the potholes are, and save them from the potholes.”

Otis Daye is the equity consultant for the Halifax Regional Centre for Education (HRCE) and overseas the African Nova Scotian Student support workers.

“Lem and what he’s been able to do at both of the schools at Rockingstone and J.L., he’s really seen as an asset in the building,” Daye said. “The schools would not be able to build the connections between home with any efficiency if not for the work of some of the student support workers.”

The announcement about Black Excellence Day that was shared this week also said “Black Excellence Day acknowledges the authentic and diverse intersectionality of the African diaspora as beautiful with many diverse cultures, ethnicities, faiths and lived experiences and the 400-year legacy of people of African ancestry within the province of Nova Scotia.”

“It’s unfortunate that it didn’t happen earlier,” Sealey said. “But sooner is better than later. And hopefully next year it could just be added and it won’t just be a day of quote-unquote ‘celebration,’ but it’ll be a day of action and, awareness, and activities.” 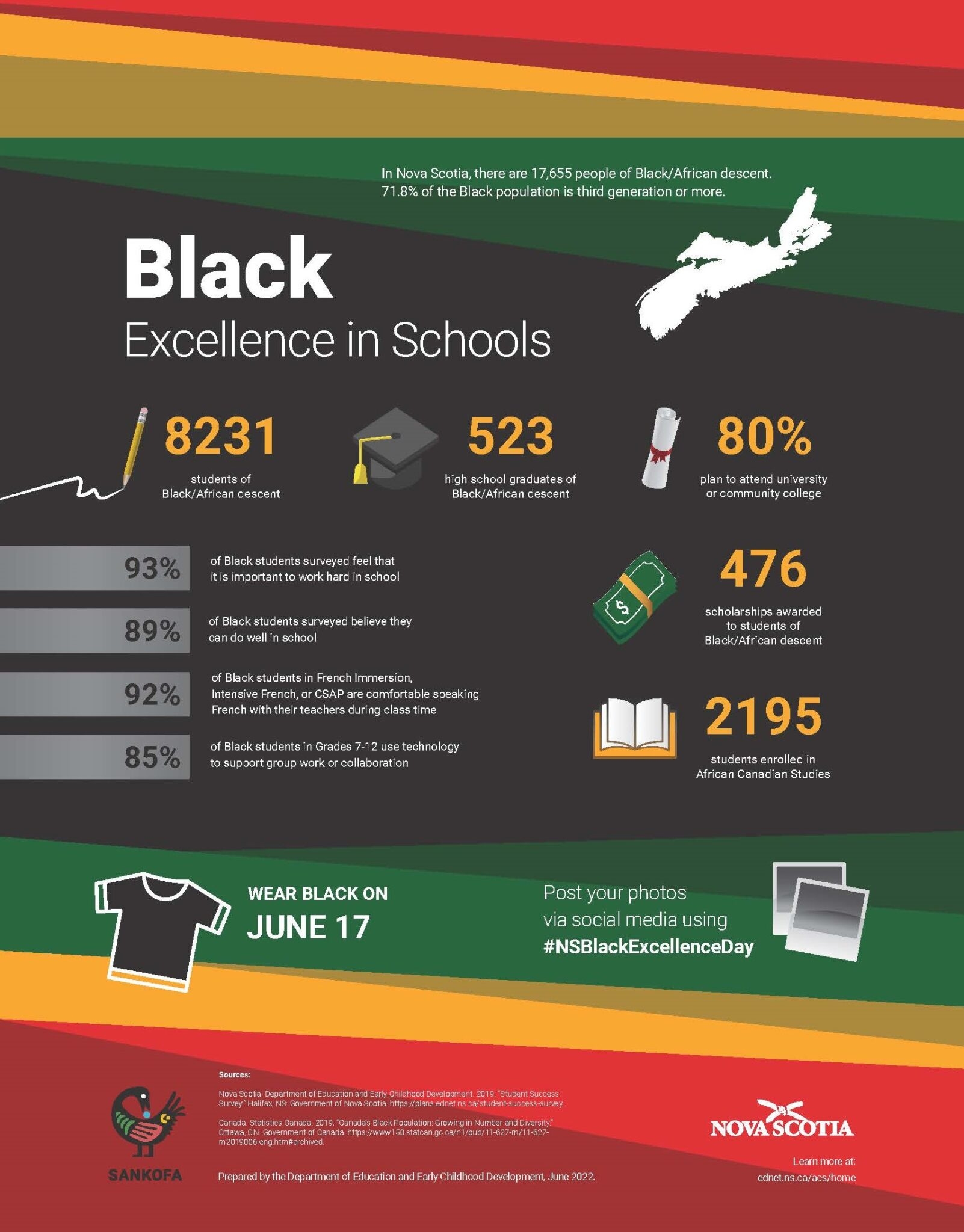