You are here: Home / Commentary / Santina Rao: “I am worth RESPECT”

Before January 15th, everything felt good. There were new beginnings for the kids and I. We were restarting our lives.

When I had gone into that Walmart that afternoon, it wasn’t just simply because I needed to do a small grocery store run. I was there because I was trying to challenge myself.

I had just left an extremely toxic, and abusive (emotionally/ mentally/ physically) relationship, bringing my two children (now three years and 15 months old). We had lived in a halfway house for abused women and children for two years before moving into the house we’re currently in. 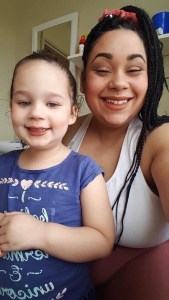 I don’t have a driver’s licence, and I have struggled with severe depression and paranoia for years. It heightened drastically after I gave birth to my daughter. After I had my son, it just grew into something worse and worse. I was too scared and nervous to take the kids outside by myself on public transit; for a multitude of reasons, I had convinced myself it was a bad idea. I had become dependent on the comfort of having another person around to help de-escalate temper tantrums, grocery store meltdowns, and managing to transport both babies from point A to B, and back.

I had continuously depended on my father, and friends to help me with transportation for these past few years when it came to grocery shopping, etc. for my children and I.

After I had freed myself of a relationship that was drowning me for almost five years, I still felt trapped. Alone. And like a failure as a mother. I had let him get into my head, and I felt I couldn’t take care of the kids without him there, “helping.”
I had convinced myself that we needed his presence in our lives.

But the most amazing thing I could have done for me and my children, was walking away from the toxicity, manipulation, and abuse we continuously suffered from, for longer than we should have. I allowed it for too long, and once we had a completely new start at life, it was terrifying, and I felt as thought I didn’t know where to start.

Three weeks after, we had moved into our new house, and I was too depressed to want to do much of anything. Then, one day, on January 13th, I decided that enough was enough. I was going to stop thinking, and digging myself into a deeper depression. I was going to do something that would make me feel proud of myself. That morning I decided to get the kids ready, pack our day bag, and got on the bus with them to the HSC. We did some shopping, had supper, and went home.

Two days later, on the 15th, I checked the weather, and it told me that we were going to be getting a snow storm the next day.

So, again, I decided to do something good for myself and the kids; we got ready to go on the bus, to go to Walmart that day and get a small list groceries before the weather took a turn for the worst.

Previous to this, I had started eating healthier for myself and cut out refined sugars. I had made a grocery list to pick up: lemons, mint, limes, grapefruit, coconut milk, and fruit for my babies.

We went into Walmart that afternoon, shopping like I have been since my daughter was a newborn; using my stroller to help me as I shop because I can’t push a cart, or hold a basket.

I made my first purchase of items at the electronics department, and I pulled my phone out to call my mother to tell her what I had done: made it to Walmart, did my shopping, and now Liliana was going to pick out a toy — we were going to head to the front to pay for the items not scanned, and go home.

I call my mother for everything. I call her two, sometimes six, times a day. So she would especially know how our routines work, and how I would handle a shopping trip alone with both the kids via metro transit.

Right then is when I was bombarded, intimidated, mocked and laughed at by Halifax Regional Police, and the floor walkers in Walmart in a toy aisle in the department store.

Please take note: we had already been inside shopping for an hour at this point, and haven’t made any indication yet that we were leaving the store.

All of this started, over suspicion of theft — of one head of Romaine lettuce, one ruby red grapefruit, and two lemons.

I was approached by not one, not two, but four grown cis-gendered, Caucasian male adults. They had requested my ID (odd and off putting to me automatically, so I became defensive). They then asked if the address on the ID was my current residence.

At that point, I became incredibly emotionally upset because I knew exactly what this was.

I thought, “this is really happening to me now?! But why? I came out here with intentions of self-healing and motivation … now I’m being accused of theft after I’ve already made a purchase of almost $100.”

After one of the officers had struck me directly in my face, three more tackled me to the ground. I pushed at whoever was on top of me as multiple physically strong men pulled me down; a different officer had punched me in the side of my face once I was already on the ground, and getting cuffed.

My daughter had already been screaming at this point, and I was screaming back for them to not take her away, and to let her see me so she wasn’t scared.

The officer said “no, you’re ridiculous and pathetic for causing this kind of scene in a Walmart.” Which upset me even further. I started crying and screaming for her while I was cuffed on the ground, with an officer’s knee in my neck, back, and my legs being pinned down.

The officer with his knee in my neck said, “tighten the cuffs on her, she’s a feisty bitch.”

All the while, I had no idea where my children were taken to.

They had “made an example of me” in the middle of the department store, chuckling amongst themselves in the aisle around my body on the floor; and left me cuffed on the ground for about 10 minutes.

The cop who had hit me first, picked me up by my broken wrist to walk me out.
During the altercation, I lost my shoe.

I said, “ow, this hurts, I can’t walk!” He continued to push my wrist up higher toward my shoulder blades.

I was sat inside a cop car, and left there without any medical attention. Then taken to the police station on Gottingen Street in north end Halifax. 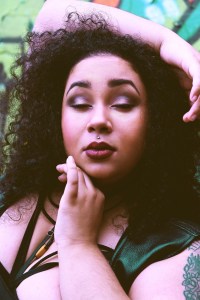 I have been berated my whole life, because of my ethnicity, and my size. People view me as a fat Black woman first and foremost, so since “she’s loud and uses her voice,” it’s ammunition for them to  publicly humiliate me for voicing my opinions or feelings.

“She’s fat, probably strong too; lets ostracize her and provoke her to the point of extreme distress, and then since we can’t arrest her for theft, we’ll arrest her for “disturbing the peace.”

I have suffered for so long, at the hands of so many people, because of my skin colour.

People have had expectations of me their whole lives, simply because of the way I look, and present myself to the world.

Yes, I am a fat Black woman. But, I am also compassionate, loving, giving, thoughtful, emotional, radiant, caring, intuitive, intelligent, and worthy.

I am worth RESPECT.

My skin colour does not give others the right to walk all over me, and treat me as though my life is second class.

My skin colour does not give others the right to intimidate me.

My skin colour does not give others the right to put me into the box of stereotypes that they created for me and my people.

I am more than just a fat black woman. But that’s how I am first viewed to this world.
So with that view people see me as, I will use my platform, and continue to do so to shed light on instances like this.

I walked into that Walmart that day, as a right of passage almost, to show myself that I can do anything I want, or need to; without anyone getting me where I need to be, besides myself.

I am strong.
I am courageous.
I am resilient.
I am a fat Black woman, who is worthy of every single good thing this world has to offer. 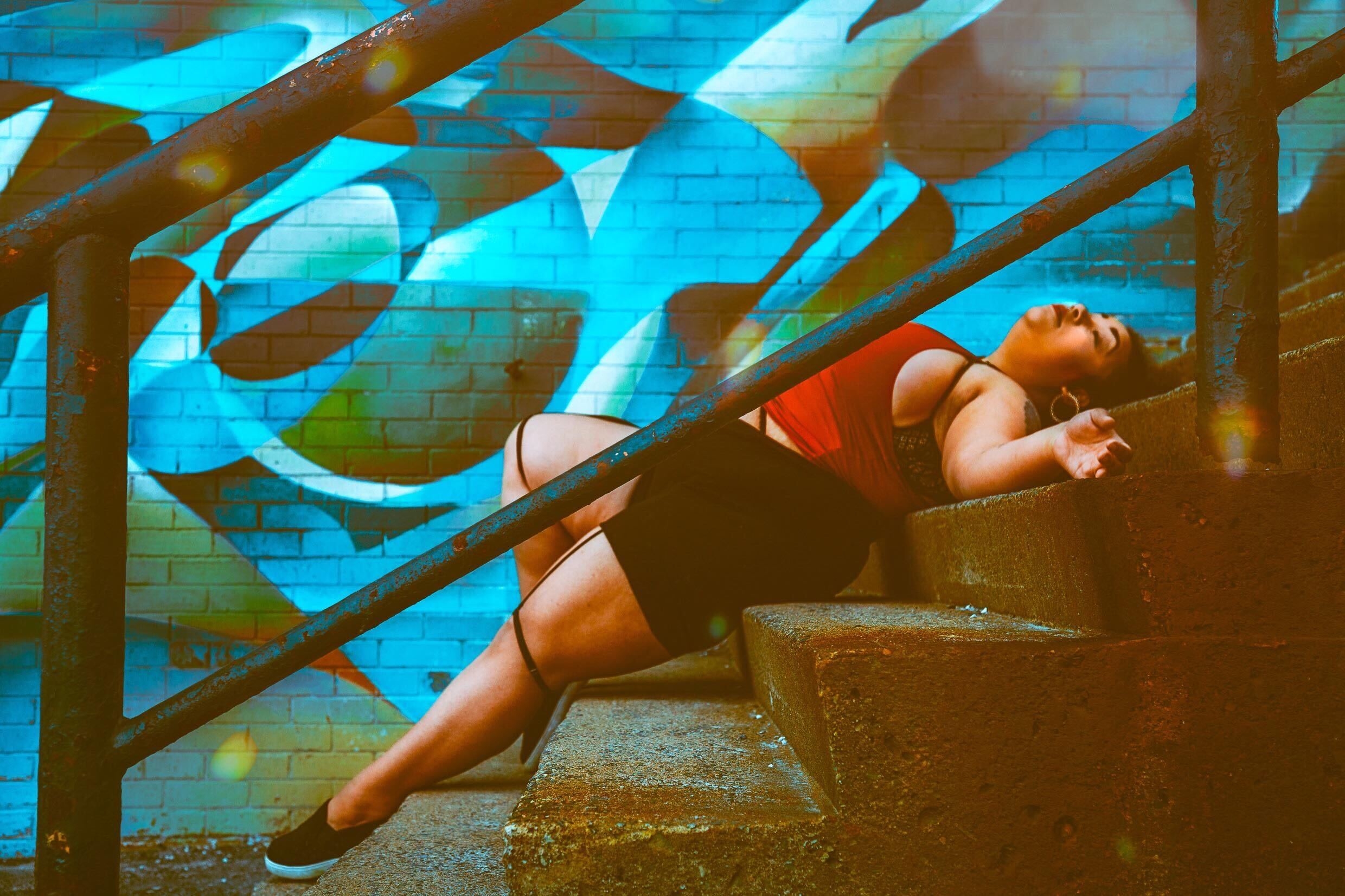