Today’s Morning File is written by Katie Toth. I like boats but not enough to spend $80,000 on one like Florida Senator Marco Rubio did that time. Who can blame him though this things’s a beaut.

A notice on the Nova Scotia Barristers Society’s web page says the suspension is effective immediately and until further notice.
Executive Director Darryl Pink says information came to the society’s attention and after some investigation the society determined it was in the public’s interest and integrity of the legal profession that Howe be suspended.

Howe had previously been convicted of sexual assault, but his conviction was overturned on appeal. The CBC notes he has also faced an investigation into suggestions of professional misconduct before from his fellow lawyers. He’s responded to that by saying that Halifax’s defence law community is an old white boys’ club. 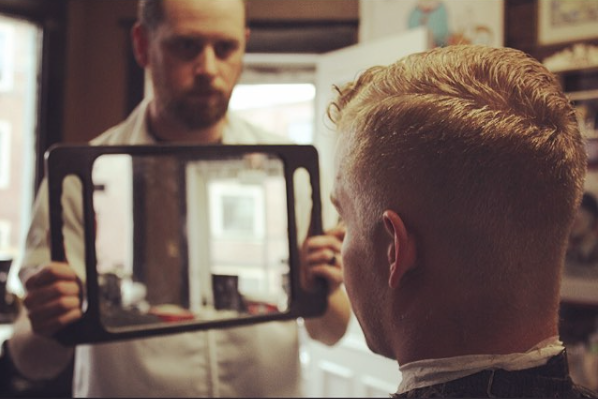 Mark Peyton, who opened the Sailor Bup’s Barbershop location last fall, sounded off Thursday on Facebook about his dealings with municipal officials over the past year. The shop is located at 7 Pleasant St. near downtown Dartmouth.

HRM spokesman Brendan Elliott said the inspections were made because the municipality has tried for the past year to get the barbershop and its landlord to comply with fire safety and building code requirements.

“We’re not interested in being punitive,” he said. “I can tell you, categorically, that this is not a situation where we’re picking on one business over another.” 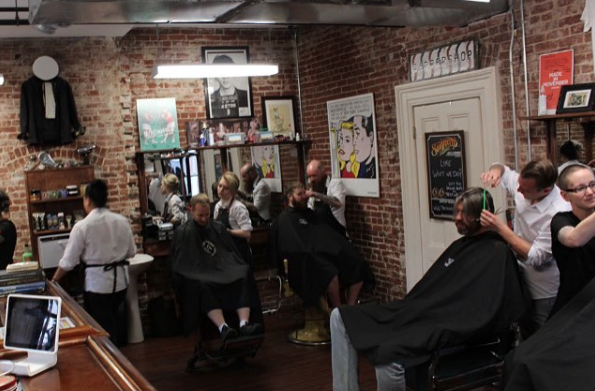 Here’s a tidbit from Sailor Bup’s Facebook page that paints a portrait I consider particularly Kafkaesque:

Among the laundry list of things we discussed with HRM, they told us the building is not wheelchair accessible and that every business in HRM needs to be wheelchair accessible. Which is 100% correct. They do. In the worst way. In fact, we requested a ramp for our downtown shop. And were rejected. We were told that if we even had a removable one, we would be fined each day it was out on the sidewalk. So all we can take from this is that the enforceable by-laws are enforceable based on the level of interest from HRM. Now they have an interest in seeing that our Dartmouth shop gets closed, so it is suddenly enforceable.

I haven’t looked into these allegations against the city, but if they’re true, all I have to say is wtf? 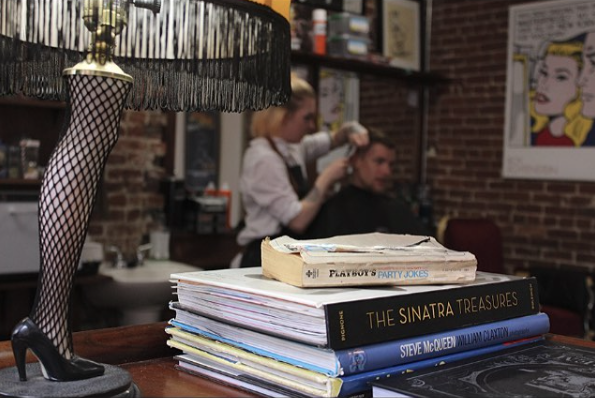 Police say the woman, who was home alone, was asleep when she heard the floors creak around 3 a.m. Seconds later, a man jumped on the woman’s bed and tried to choke her, then struck her with a metal object.

The investigation is ongoing. Police want neighbours to remain vigilant and call them with any tips.

The fire started at about 2:40 this afternoon in an apartment building that used to be the Edgehill School for Girls. All residents got out safely, Local Xpress reports:

There is some indication the fire was started by a lightning strike.

“There was a bang in that corner, the loudest thing ever, and there was a big old flash at the same time,” resident Kyle White said as he watched smoke billow from the building.

5. A petition has started over the NS approval of VisionMax. 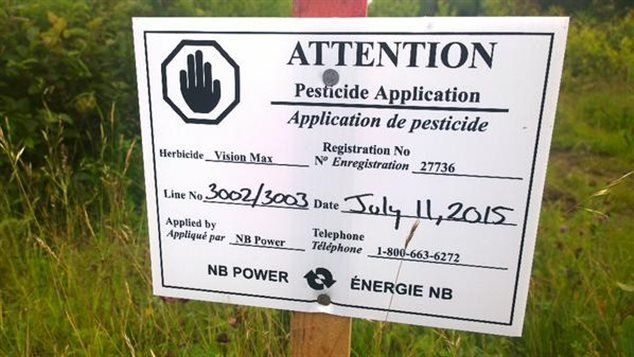 This week Local Xpress wrote about how the Nova Scotia government is allowing a local pump company to spray herbicide in the woods, killing deciduous trees in favour of letting easier-on-industry softwood ones flourish exclusively. Now Haligonians are protesting on the ‘community’ vertical of Avaaz.com.

Petitioners are asking Nova Scotia Environment Minister Margaret Miller to “retract [her] permission to Northern Pulp to spray VisionMax.” The petition, posted September 1 (yesterday), has over 500 signatures as of press time.

6. The Crown has dropped voyeurism charges for a NSCAD professor

Eugene Richard Daniels had been previously put on probation for putting cameras up to film a woman in the bathroom. Fourteen more charges were pending and a preliminary inquiry was planned this week. But the Crown attorney dropped them, in July, Local Xpress reports, because he felt “there was no realistic prospect of obtaining convictions.”

1. After Timberlea invasion, prof wants public to think about violence closer to home

Ardath Whynacht is a professor of sociology at Mount Allison University who focuses on the criminal justice system. In a public Facebook post yesterday she writes:

Please remember this: 3 / 4 of all sexual assaults are perpetrated by someone that is known to the victim. This is proven time and time again in the research. When you see headlines (like the assault in Timberlea) try to think about the ways in which we freak out over things like this but ignore the very real dangers in our homes and communities.

Whynacht asks readers to consider how they ignore more common violence, like date rape, or warning signs of aggression from the people we know.

2. A “Person of Halifax” is asking for help

Using the People of Halifax Twitter account this week, a guy named Bernie asked readers to help him piece together the story of his dead grandfather, who he believes was murdered. Haven’t independently verified this yet, but it’s a fascinating yarn and assuming it’s real, he could maybe use your eyes on it. 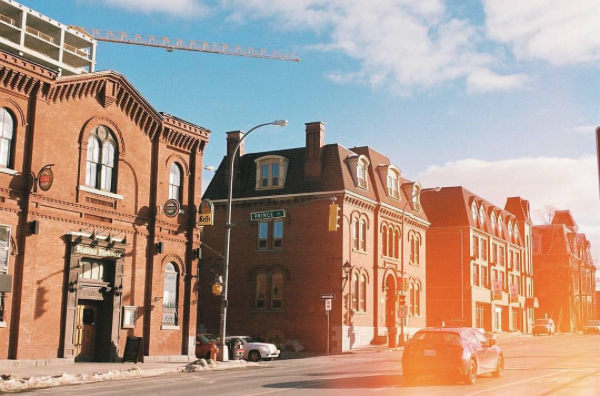 Wowwwwwwww. This one is from The Coast:

Why do the mic jockeys on CBC Radio’s afternoon show, Inane Street, insist all through the third week of August, when the temp is 30+, that summer is over? Because school kids are going to school in two weeks? Or, as they said on the 25th, because old Yawn Donnelly and the rest of the Information Boring crew are returning after a two-month vacation? True, listeners will be back to hearing the weatherman blamed for bad weather and praised for good (a joke that just NEVER gets old for the over-90 set), and sports (because nobody can get sports scores anywhere) and a five-minute interview yawned out to 15. But summer still doesn’t end until September 22. Unless you work for CBC Radio. 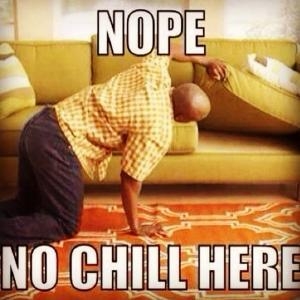 Quilting is the new knitting.

The Anthem of the Seas came in.

Anyone know where this woman can get a snowcone? Halifax Noise is asking. 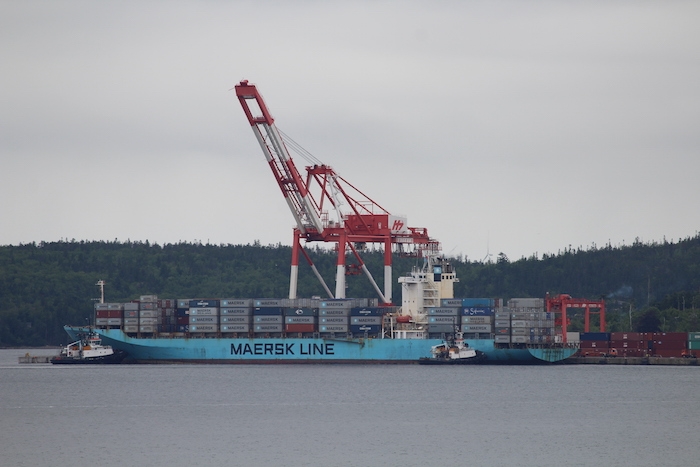 You know who else loved footnotes?