You are here: Home / Commentary / Is a Black woman’s voice and presence threatening? Santina Rao responds to the SIRT report 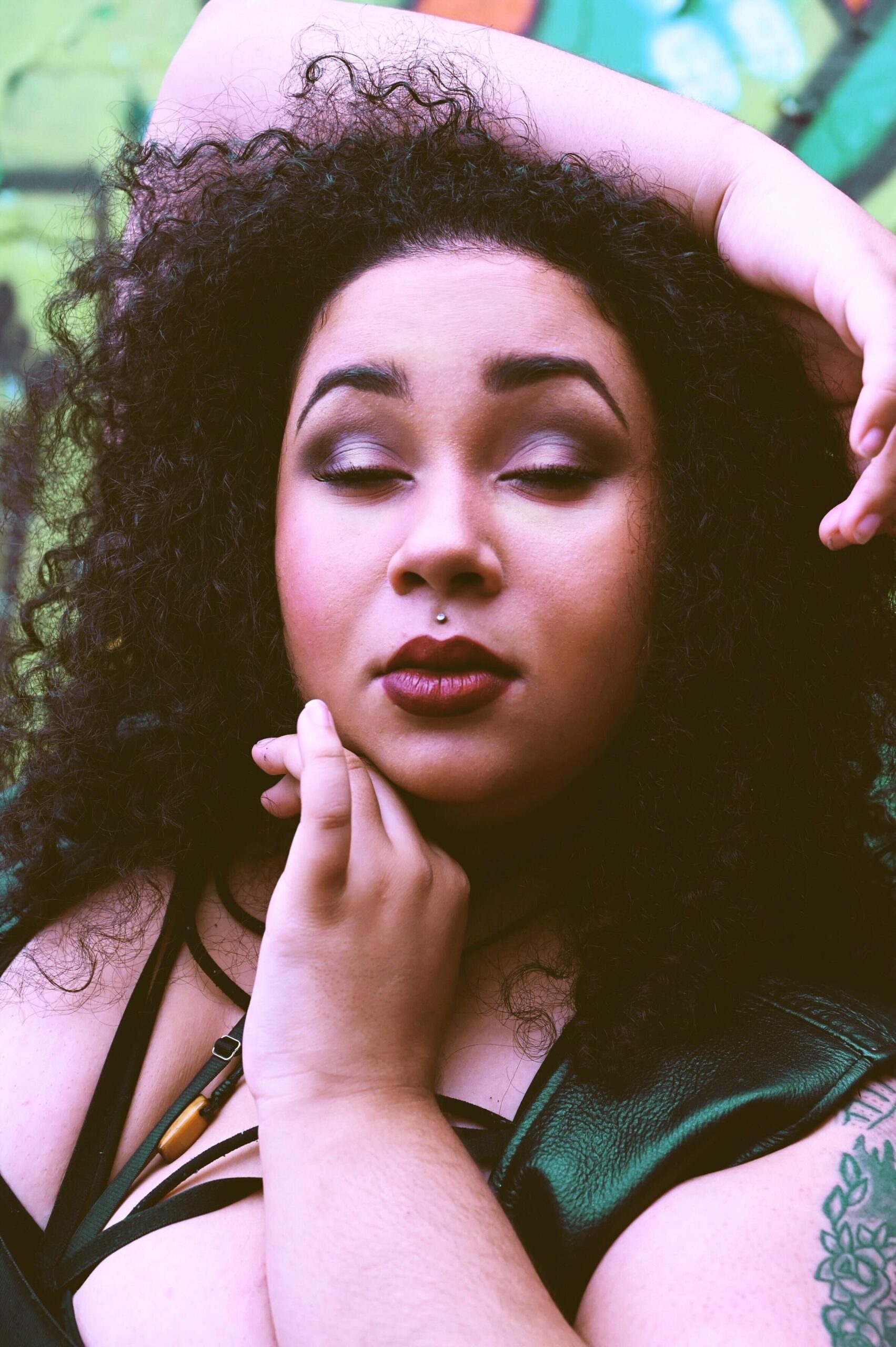 Let’s open the discussion about what life is like for a Black woman.

Let’s open it up even further, by talking about what it’s like to be a queer Black woman.

To open it up completely, let’s talk about what it’s like to be a Black queer woman who has been abused for all of her incredibly short 24 years of life.

Now, as I go further into my feelings and opinions about what was written by SIRT, I want to emphasize and intensify the severe, disturbing sinisterness that crawled over me as I sat and read every single word on that page that was strung together as to what took place January 15th, 2019.

To create, and shift me into this dispraised, exasperated human being, by my manner upon being approached whilst on the phone.

I’ll also note: it was mentioned I was “polite” upon their initial approach, regardless that there were five people around me during that time.

I was on the phone speaking with my mother. I had immediately called her after I made my purchase in the electronics department to tell her I had done it, and that I was going to leave the store shortly after I stopped in the toy section for Liliana. (Anyone with a small child knows you never enter a department store with them if you have no intention of visiting the toy isle, even for five minutes.)

While my daughter looked around, I made my son a bottle. I pulled his formula, thermal water bottle, and bottle out of my silver, thermal reusable bag. Which Walmart “mistakenly believed” was one of their bone-in ham roasts, sitting under my stroller in the basket below.

For the people who still to this moment call me a thief because of what happened that day: I hope you realize people can and have wrongly assumed allegations against others are true before in this life time. Especially allegations against a Black someone.

The emotional conversation I was having on the phone with my mother at the time of being approached by HRP — the conversation the asset protection officers observed which they judged made my “demeanour” in front of my children concerning — was her encouraging me that I could do anything if I put my mind to it. This was in regards to the fact that I had barricaded myself in my house with my two small babies for two weeks, without leaving, because of how deathly depressed I was.

I had felt so ready to just give up. Doing basic requirements as an adult and as a mother seemed too taxing for me to handle mentally, emotionally, and physically.

And that is when they asked me to get off the phone to “ask me a question.”

I will never apologize for my trauma response. While speaking to the first officer, I had told him I suffered with PTSD, anxiety, and depression, and that I was on medication and that I was easily triggered. I told him I had recently been assaulted that October, in front of my children, and that I was still actively going through with pressing charges against my abuser.

And yet, that apparently did not matter to anyone surrounding me.

My “tone” of voice is what labelled me as a threat to these men.

My pain, hurt, and sadness that was extruding from me in that moment turned me into someone problematic in their eyes.

My tone and voice, as a BLACK WOMAN was a threat to them.

How many times have we all been inside of a department store and we’ve heard parents and children get into screaming matches?

How many times have you been in a public place and witnessed a verbal argument between adults that involved cursing?

How many times have you done these things, or witnessed these things, and watch someone get approached by police, as if they were a dangerous criminal, and get assaulted and arrested  — all because someone stands their ground on what they know is just, and what is unjust.

It’s still dangerous in 2020 to be a Black woman, and have a powerful voice, with your own opinion and beliefs, and right to live in your truth.

We say, “Black Lives Matter,” but do they really?

How many times have you wrongfully assumed something about someone, strictly because of how they look in that moment in time?

Now because of those actions that took place that day, I still have to suffer with physical pain from my broken bone, and concussion. My eye sight has become strained and blurry, and my entire life I’ve never needed glasses, up until just a few months ago. The pain in my arm still deters me from being able to do certain muscular straining activities.

My mental health is still extremely low, and I’m further stressed as I continue in with court with my abuser (the father of my children), to deal with those criminal charges, and also in provincial family court.

I’m applying for cognitive therapy for my daughter, and myself.

My daughter still has night terrors, and has a severe attachment disorder to me now as well. For someone so small, she has suffered so immensely. For her and my son’s sake, I’m praying that we receive an outcome one day that will change our lives for the better.

So we no longer have to live as victims, but as survivors. 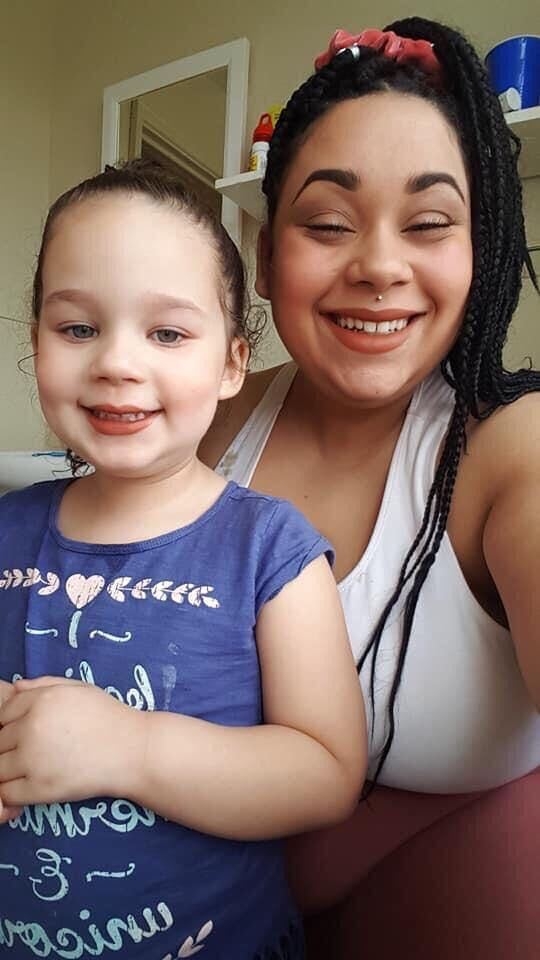 I want my children to grow up, and know that their mother never backed down – even after people tried to humiliate her, slander her, and push her down as low as she could possibly go.

I want my children to say I thrived instead, and that I fought back with every single last bit of strength inside of me to prove my innocence in a situation that should have never taken place.

I want my children to know that my reaction when I saw my sweet little girl, who was only the tender age of just turning 3, be manhandled in front of my eyes, in a public department store, weeks after I had been assaulted already, and she had watched me get struck multiple times, sat on, suffocated and left uncontrollably sobbing and bloody on the floor in front of her….was my immediate trauma response to protect the first thing that had ever come into my life, that saved me.
Body, mind, and soul.

I will forever protect not just myself, but my children, until I no longer am graced with life on earth.

The report SIRT released in regards to what happened on January 15 is a complete villainous sham of what truly happened that afternoon.

And for this reason: is a Black woman’s voice and presence threatening — an actual threat to society — or just hundreds of years of internalized racism none of us are willing to unlearn?

Humanity as a collective is so quick to immediately defend its police force, and their actions. Without taking a moment’s time to consider that maybe, just maybe, every single human being is struggling with something.

That every human has a trigger, a reason or situation that makes them feel scared for their immediate well-being, whatever that consists of. We all feel alienated in public at some point in our lives, especially unwarranted. Or anxious. Or we succumb to whatever overwhelming emotion that has washed over us in that fearful moment.

We are all human.

We are all allowed to have moments where our fight or flight instincts kick in, and we allow them to take over.

So when you watch your small child, who hadn’t even reached preschool age, be manhandled in front of you, for a reason someone has deceived others to believe you’d had done, you succumb to those instinctive reactions.

Each of us suffers imaginably from our own trauma, but we have no real resources for us all to receive the proper help we need to navigate through life easier. We are expected to accept what is available.

But how else have things been invented, or formed on our planet by the hands of humans?

Someone, somewhere, one day was tired of accepting things for how they were, and rose up to create accessibility and change for everyone.

If we stop here and just accept society for what it is, our civilization will continue failing, as it is today.

I would never consider a society thriving if others still benefit and thrive from the oppression, dictatorship, abuse, and despotism of others.

We can do better. Always.