Authors of a new report highlighting the “ongoing systemic disaster” of homelessness in Nova Scotia during the pandemic’s early months hope their work will inform future disaster responses.

The report, Homelessness during a pandemic, Learning lessons for disaster preparedness in Nova Scotia, summarizes a collaborative study between researchers at Dalhousie University, Cape Breton University and University of Toronto.

It was released by the Canadian Centre for Policy Alternatives–Nova Scotia (CCPA-NS) on Wednesday. 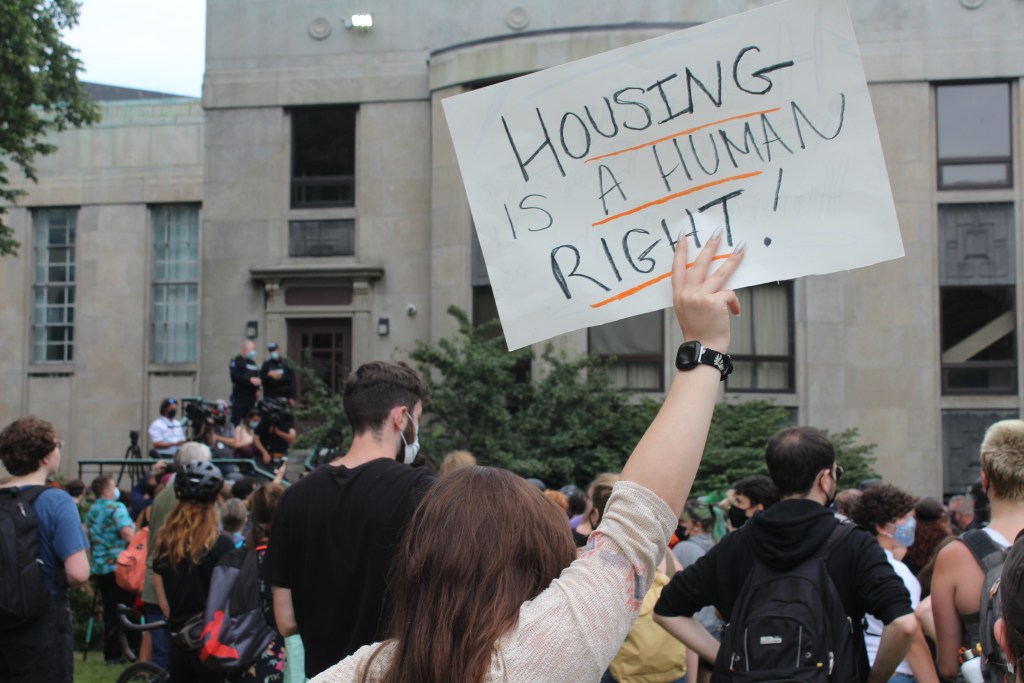 Protesters at the police eviction of a homeless encampment at the former Memorial Library in Halifax, Aug. 18, 2021. Photo: Tim Bousquet / Halifax Examiner

“While this study describes the events, actions, and experiences while living through COVID-19, the back story, the underlying foundation, is that homelessness itself is stigmatizing, dehumanizing, unforgiving and dire and yields such devastating consequences,” the report states.

“COVID-19, for the most part, amplified the suffering of being homeless. Overall, nearly every homeless participant expressed experiencing decline in both physical and mental health during the initial phases of the pandemic.”

It captured a snapshot of the sector during the earliest months of the pandemic, with data collection taking place between February and mid-April of 2020. The report outlines the study’s key findings and recommendations from those experiencing homelessness and service stakeholders.

‘On the streets when the world shut down’

“We needed to create some portraits and witnesses to this unbelievable event that’s occurred called the pandemic, and there’s such little focus or understanding of the homelessness sector,” Dalhousie University School of Social Work professor and report co-author Jeff Karabanow said.

“I think that was a big piece, to be able to create a portrait, just a sliver of life, of what it was like to be on the streets when the world shut down.” 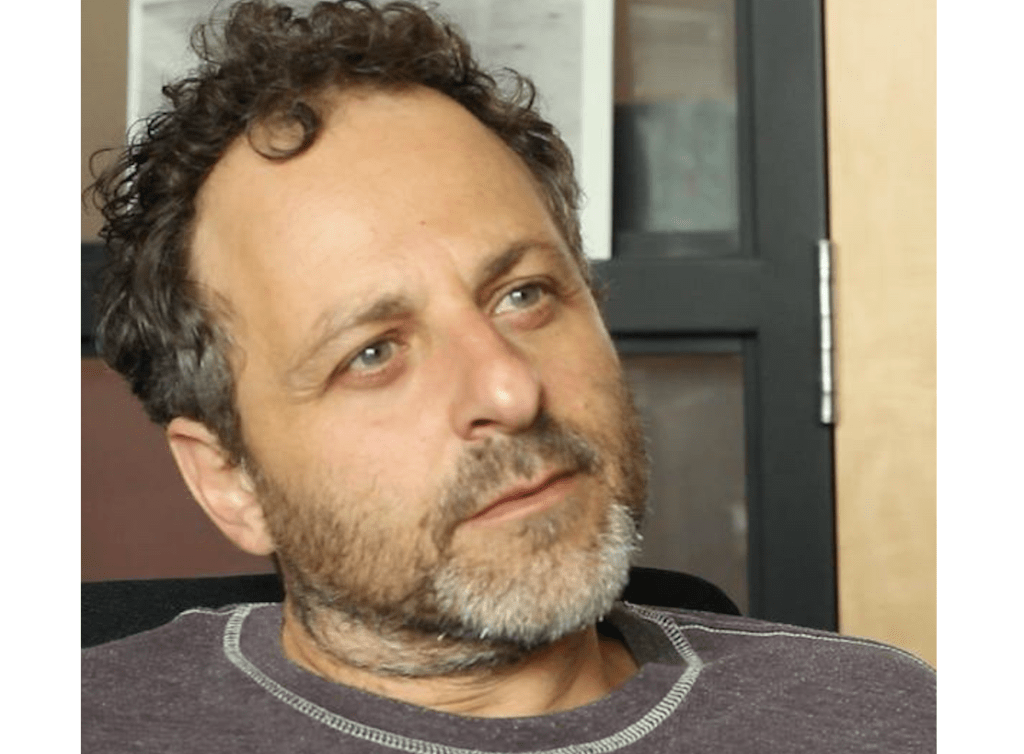 Karabanow said one of the things that struck him while preparing the report was discovering just how abandoned people experiencing homelessness felt during the pandemic.

“We’ve always had a sector that’s pretty forgotten, but all the edicts that came down from public health were, ‘Stay home, wash your hands, wear a mask,’” Karabanow said.

“We completely ignored a population that couldn’t go home, that couldn’t wear masks all the time, that was out of the loop, didn’t have the communication mechanisms, and when the world shut down were really, really abandoned.”

Karabanow said he was surprised by how many service stakeholders highlighted the deep partnerships and collaboration that served as a major platform for providing supports to those experiencing homelessness during the pandemic.

However, there were inequities in the availability and rollout of services in CBRM when compared with HRM. The authors heard that it seemed to take longer to negotiate programs and resources in Cape Breton, and many felt supports weren’t filtering out of HRM.

“The lesson learned is that all levels of government need to respond more quickly during disasters, and that the province needs to ensure that resources and responses are similarly available across Nova Scotia,” the report states.

Karabanow said this was particularly noteworthy and became one of the report’s key conclusions.

“We know that homelessness, housing dynamics, layers of poverty, systematic discrimination, is embedded not just in HRM,” Karabanow said.

“There are huge levels of suffering across Nova Scotia and we have tended to ignore rurality as a major social determinant of health. And in ignoring it, we now realize that we really have missed the mark on providing adequate supports for all regions of the province.”

‘Lost and lonely during the pandemic’

Several study participants from CBRM told researchers there was a need for more shelter beds in Sydney, but also in smaller towns like Sydney Mines and North Sydney.

“We should have more, like open up more shelters, more spaces that people can go and feel safe instead of living on the street freezing to death or having to live in rat-infested grossness. There was nothing,” one Cape Breton homeless participant said.

The study found that almost all homeless participants emphasized the need for more counselling and mental health services for people in crisis, along with programs and supports.

During those early months of the pandemic when researchers were interviewing them, oftentimes they simply wanted someone to talk to.

“They could have provided a program or something to teach people and especially addicts, how to deal, cope with being lost and lonely during the pandemic, you know what I mean,” one participant said.

Karabanow said because homelesseness was “a disaster” and the sector was “basically forgotten” long before the emergence of COVID-19, the pandemic and the ongoing housing crisis further highlighted just how badly we’ve failed by not investing enough in this population pre-pandemic.

“We have the talent and the wisdom of great NGOs, caring government officials in that sector, amazing outreach people, housing folks, social workers,” he said.

“We have that talent. I think it’s not just about supply, it’s about rethinking what housing actually means.”

Among the successes that emerged from the pandemic, Karabanow points to the initiatives that surfaced and the collaboration between stakeholders in the sector. He described the many frontline service providers as unsung heroes, noting they had no roadmap and were allowed to think outside the box.

“Money, federal funding, could roll pretty quickly because we had to figure out how to stave off this virus in marginal populations,” he said.

Some of those outside the box initiatives included the emergence of a harm reduction model, a public health phone line, and comfort stations.

“All people’s ideas of how you can create compassionate, caring and extremely urgent supports,” he said. “And even if they’re a Band-Aid, you know, they were so important for what people were experiencing in the pandemic.”

When the next disaster hits

As a way to make the information more accessible, researchers also worked with local animator Shannon Long to create a short animated video that translates some of the study’s significant findings. That video can be found here.

The report concluded with the voices of those experiencing homelessness sharing what supports and services they believed would be most beneficial. They included:

“What I hope for is that we are careful as civil society and primarily as government folks when the next disaster hits. That we don’t just expect everybody to have the same opportunities and resources to follow whatever protocols are set in place,” Karabanow said.