You are here: Home / Featured / Researcher: What about the Northwood residents who survived COVID?

There isn’t a person in Nova Scotia unaware that 53 residents of a Halifax nursing home died during an outbreak of COVID-19 during the first wave of the pandemic in spring of 2020.

The Northwood campus was home to 485 residents, the majority of whom shared bedrooms and bathrooms in a building more than 50 years old. Much of the focus has rightfully been on determining how the virus spread and preventing further suffering and social isolation all residents have had to endure.

Now a new study published by researchers at Dalhousie University is asking a question no one thought to ask before: How did so many frail elderly people infected with the virus (at one point in May over 200 residents had tested positive) manage to survive?

Dr. Sam Searle, an assistant professor in Dalhousie’s division of Geriatric Medicine and co-author of the paper published in EClinical Medicine, notes that eight of the 15 study participants were centenarians, people over 100 years old. The remainder were in their 90s and all were considered very frail. 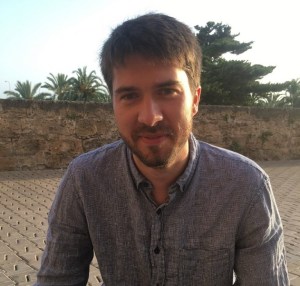 Generally speaking, said Searle, it’s believed as people age their immune systems weaken or age along with them so the results of this study are surprising and show there is no “one size fits all” immune response.

“What’s really exciting about this is we have a lot of assumptions we make about older people,” said Searle. “And sometimes we have to not assume just because you are old, things are going to be a certain way. That’s why it is important to do this kind of research to challenge those assumptions and see what is the underlying cause.”

Blood samples were taken from all 15 seniors who were Northwood residents during the COVID outbreak of 2020. Six tested positive for COVID and blood samples were drawn again 30 and 60 days later to measure the amount of antibodies their bodies produced to fight off the virus. In all six cases, the researchers detected high amounts of antibodies that were long-lived and were able to block the spike proteins of the virus from infecting cells. The average age of the six women who tested positive and successfully fought off the virus was 99.

Was there something special, maybe a common factor, among these women that allowed them to survive when others died?

“That’s the big question and there are a lot of things we need to sort out around this,” replied Searle. “For example, we don’t understand why some people are very symptomatic from COVID-19 and some people have absolutely no symptoms. And we don’t understand how that interacts with the immune system. We know a lot of people who do poorly with the virus because of an inflammatory response which complicates their illness. But we really don’t understand what are the key immune ‘signatures’ which are associated with positive outcomes.”

While there is much left to learn, Searle said the findings of the Northwood study do suggest elderly people should respond well to vaccines inoculating them against COVID-19. That finding so far appears supported by the absence of COVID fatalities in nursing homes since residents were vaccinated early this year and despite a number of positive cases among staff employed at many long-term care facilities.

Today, with case numbers in single digits and the province entering Phase 3 of the reopening plan, residents of long-term care facilities may finally receive the hugs and visitors so long denied.