You are here: Home / Featured / Researcher wants to know how many people are dying from heart attacks because of COVID response 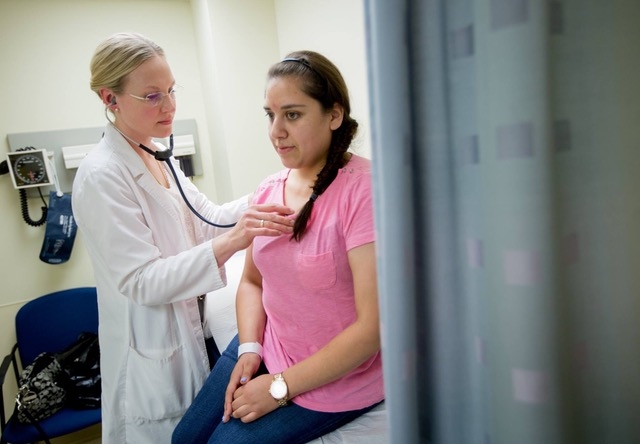 Dr. Ratika Parkash wants to know how Nova Scotia’s pandemic response has affected the health and impacted mortality rates of heart and stroke patients in the province.

“We need to understand how our response to the pandemic affected patients that didn’t actually have COVID, so those with significant conditions like cardiovascular disease and stroke,” Parkash said in an interview on Friday.

“We may have other waves of the pandemic, so how should we respond during those other waves with respect to these conditions? We also need to understand whether there was any potential harm.”

The Halifax cardiologist, researcher, and Dalhousie University professor was one of 40 recipients who received funding earlier this week through the newly created Nova Scotia COVID-19 Health Research Coalition. She was awarded $73,750 from a pot of about $1.5 million.

“As soon as the COVID scenario hit, we noticed that patients weren’t coming to the emergency department as frequently. The numbers came down dramatically,” Parkash said. 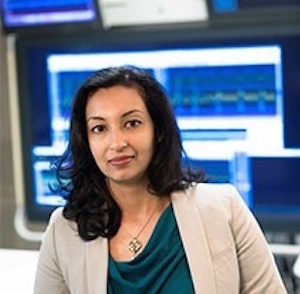 “We were concerned that patients were staying home with heart attacks and potentially suffering with either significant symptoms, or even dying suddenly, which could be otherwise preventable.”

She and her team wanted to know what was happening to those patients who actually need care but were staying home rather than seeking medical assistance.

“Personally just from operating here in the tertiary care centre, we’ve noted that patients are sicker when they appear,” Parkash said.

She shares the story of one patient who had a slow heartbeat. She stayed home, even though under non-pandemic circumstances she likely would have headed to the emergency department much earlier.

“When she came in, all of her organs were shutting down because her heartbeat was too slow. That doesn’t happen normally. Normally people come in because they feel weak and they come in much earlier,” Parkash said.

“She did fine, she did well once the heartbeat issue was corrected, but that’s the other thing that we’re looking at. How sick are people when they come in?”

The pandemic has also resulted in rural patients getting admitted to regional centres rather than being transferred to Halifax for more specialized care. Were patients who’d normally be sent for specialized testing having recurrent heart attacks or experiencing other problems?

“The issue about heart attacks per se is that if you don’t treat them quickly, they can lead to significant issues like dying suddenly. It sets it apart from some other things that may not result in such a catastrophic event quickly,” Parkash said.

“For example there’s no question that cancer causes people to die. But it usually doesn’t cause people to die within a month or immediately. So that’s why the issue with cardiovascular disease came up and strokes as well. Strokes can also be the same issue where you could have a very large stroke that could end up being fatal.”

Reports about the pandemic’s impact specifically on heart and stroke patients without COVID are primarily anecdotal. However, Parkash points to both BC and Ontario, where the experiences of the medical community seem to reflect her observations of what’s happening in Nova Scotia.

Fewer patients are visiting emergency departments when they have heart and stroke symptoms, and that’s a huge problem.

“The only quantification came out of New York where they noticed an eightfold increase in cardiac arrest in the community,” Parkash said.

“Now, their population is much larger than ours, but still we could potentially notice that. There’s just not a lot of data.”

Regularly updated ‘excess deaths’ data from the Centers for Disease Control (CDC) in the US suggest that tens of thousands of Americans who did not contract COVID-19 may have died there as an indirect result of the pandemic.

Based on vital statistics, the number of excess deaths is derived by taking the difference between observed numbers of deaths and expected numbers. Those death counts are then compared with historical trends to determine if the number is significantly higher than expected.

“We’re behind on vital statistics in Canada. We can’t get the data fast enough, and it seems a bit crazy that we don’t know what numbers of patients are dying,” Parkash said.

“With this whole pandemic I’ve found that any difficulties with our system become magnified because you then see where the problems lie, and that’s particularly so with health care.”

Parkash and her research team will collect their data from a number of sources. They’re working with Emergency Health Services (EHS) to examine provincewide cardiac-related calls.

“So what has happened to the numbers of cardiac arrest in the community? What has happened to calls to EHS for chest pain, shortness of breath and stroke symptoms,” she explained. “And have patients refused to come to the hospital because they’re afraid of COVID, for example.”

Researchers will also look at their own patients waiting for cardiac procedures like bypass and valve surgery, dye tests, and cardiac devices.

“Are they suffering because they’re not getting those surgeries or procedures done in a timely fashion,” she asked.

They’ll also be reviewing patient charts and comparing the information to patient presentations from this same time last year.

“You can’t prove causation, but you can prove an association,” she said.

Parkash hopes to have some preliminary data within the next few weeks. She said the information will help inform the Nova Scotia Health Authority (NSHA) about the effect of COVID-19 on these patients, and may play into how health care resources are allocated in future pandemics.

“Everybody’s saying we’re going to get future waves, so this is here for awhile and we do need to learn how to live with it,” she said. ‘But we need to do it safely for Nova Scotians to make sure that they don’t suffer.”