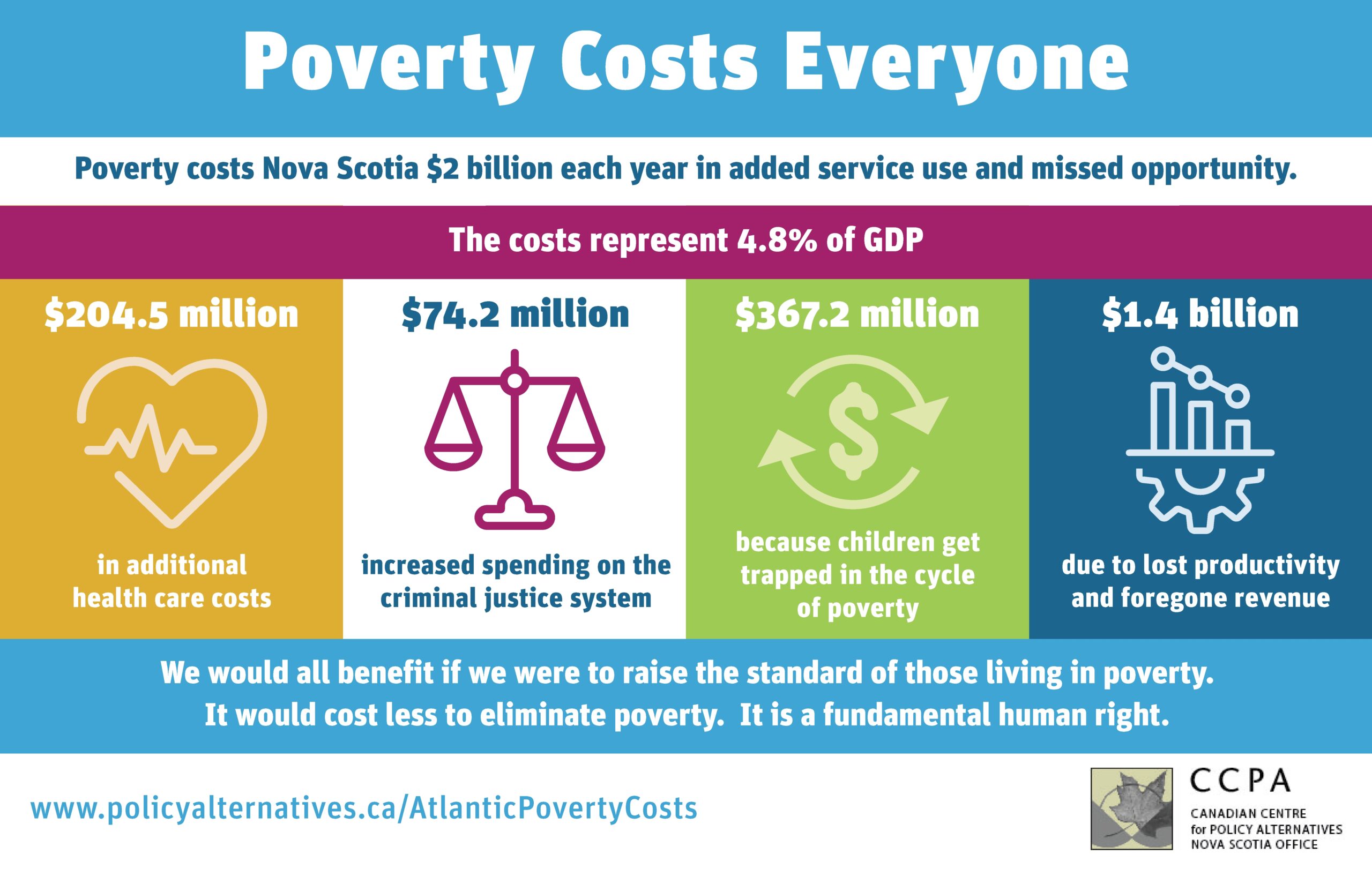 A new report looking at what poverty costs Atlantic Canada pegs the total annual cost at $4.6 billion, with Nova Scotia losing $2 billion to poverty per year.

The report, The Cost of Poverty in the Atlantic Provinces, was released on Wednesday by the Canadian Centre for Policy Alternatives-Nova Scotia (CCPA-NS) and partners in each Atlantic province. The authors state the report’s intent was to underline the cost to all four provincial governments of “not addressing the needs of the population.”

“Calculating this amount can be a useful exercise because moral reasons are not always enough to mobilize public support or incentivize government action,” co-author Charles Plante noted in the report. “Additionally, this kind of exercise is essential in order to fully appreciate the consequences of inaction.”

The report found the total cost of poverty in the Atlantic region ranges from a high of $2 billion per year in Nova Scotia to a low of $273 million in Prince Edward Island. The cost of poverty is estimated at $959 million in Newfoundland and Labrador, and $1.4 billion in New Brunswick. The estimates weren’t standardized for population or the size of the economy or government.

The report’s authors state the costs represent a “significant loss” of economic growth, from 4.76% of GDP in Nova Scotia to 2.9% in Newfoundland and Labrador. In Prince Edward Island, it’s 4.10% of GDP, and 3.71% in New Brunswick.

“The purpose of this costing exercise is to illustrate the shared economic burden of poverty, and the urgency that exists for Atlantic Canadian governments to act to eradicate it,” the report said.

‘This is a price tag on inaction’

Christine Saulnier, the report’s co-author and CCPA-NS director, said determining the costs of poverty is a “fairly complex” accounting methodology, but it can be somewhat easily explained. 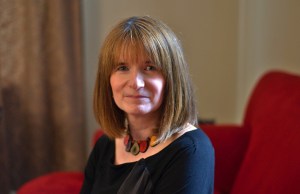 “The question that’s asked to get at the numbers is what if we raised the income of those living in poverty to basically the second quintile, which is almost exactly the middle or median income,” Saulnier said in an interview.

“If we lifted everyone who is currently living in poverty out of poverty, what would be the gains? And in order to understand what the gains are, we look at what the costs are. In other words, this is a price tag on inaction.”

Saulnier said while poverty is an economic, social, and public health problem, it’s “ultimately” a political problem and ending poverty is a human rights obligation. She said while they always make the moral argument and highlight why ending poverty is “the right thing to do,” this report offers a different kind of evidence.

“We’ve offered a business case. We’ve offered the fact that we can actually account for the economic costs of holding members of our community back,” she said. “And those costs are significant. Two billion dollars a year? That’s significant.”

The report noted the most significant costs of poverty in Atlantic Canada are related to the cost of lost productivity. The highest cost is $1.4 billion for Nova Scotia, while the lowest is $201 million in PEI.

“We’re often talking about we don’t have enough workers. Here’s a whole group of people, many of whom if we supported in the right ways, would be able to enter the workforce should they want to,” Saulnier said.

“Ultimately, the question I think we need to ask ourselves is if people want to contribute, surely they should be offered actual opportunities to do so.”

The report’s cost of poverty calculations don’t include current spending on social assistance. The authors noted that “current social spending is not viewed as a cost of poverty, but rather the cost of meeting our obligations to each other.”

Eradicating poverty ‘must be part of pandemic recovery plan’

“No one expects to try and crowd-fund or use charity to deal with these infrastructure needs,” the report said.

“Physical infrastructure is one thing, human beings are another. As a population we are far less likely to recognize households living in poverty as a public health, societal crisis, or economic problem, that we should solve collectively.”

The report’s authors also point out their costing exercise can’t consider “the full costs of compounded barriers to reaching your potential” on people who face racism, sexism, ableism, and other forms of discrimination.

“For instance, it is important to note that this methodology under-estimates the costs of poverty for Indigenous people be- cause the poverty measure (MBM) used excludes on-reserve First Nations populations,” they stated.

As such, our governments have been able to largely rely on spending that has come from the federal government.

This is especially fortunate because we were at a different starting point than the other provinces, both in terms of these services and even in terms of our health status profile with Atlantic Canadians having higher chronic diseases and an ageing population. There was also little slack in any of these systems.

Saulnier said eradicating poverty must be part of any pandemic recovery plan. She believes lessons we should take away from COVID-19 include the knowledge that those we consider essential are often the lowest paid, that many are providing unpaid care, and many are struggling because they don’t have a home, a decent home, or one that’s not overcrowded.

“As we think about what recovery looks like, we need to address some of that so that the next time something happens— and unfortunately, there will be a next time — that we have fewer people in our community who are vulnerable,” she said.

She also believes a recovery plan that stimulates and leads to a more productive economy must include investment in the group of people who are unemployed, underemployed, or looking for ways to gain education and skills.

“What we’re trying to underline here is if you are living in poverty, the impact that that has on your health care alone is significant…that’s real and that has an impact on additional costs in our health care service, which is a universal public service,” Saulnier said.

“And we all do pay for that. So if nothing else, let’s really think through how we approach this question of can we afford to end poverty? We can’t afford not to.”