You are here: Home / Featured / Report: Families expected to pay $966 more for groceries next year 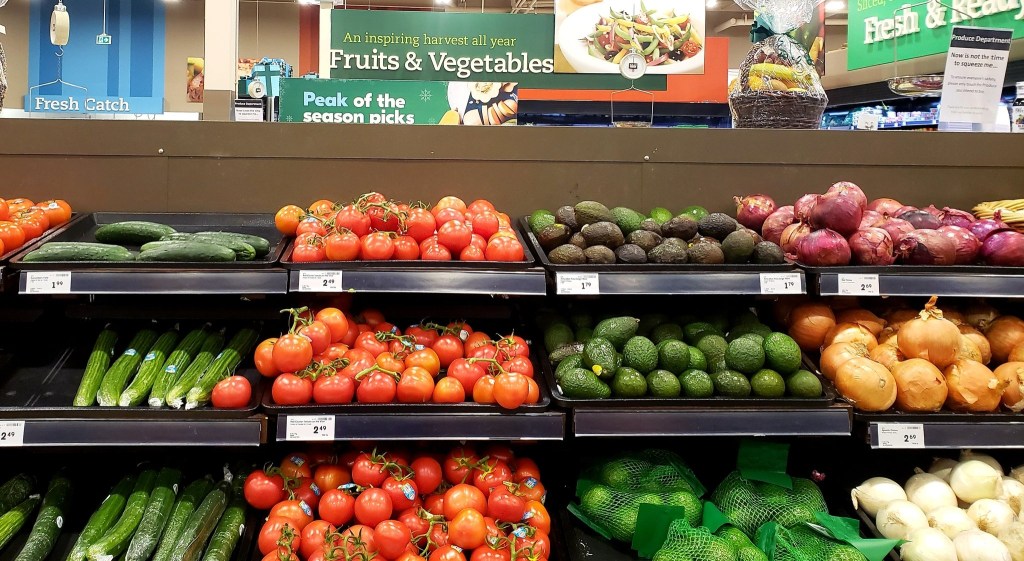 A new report suggests Canadians will pay 5% to 7% more for their vegetables in 2022.
Photo: Yvette d’Entremont

Feel like you’re spending more but leaving with less at the grocery store? A new report released today suggests things are going to get worse.

Canada’s Food Price Report for 2022 suggests overall food prices will increase 5% to 7%, with the average family expected to pay $14,767 annually on food. 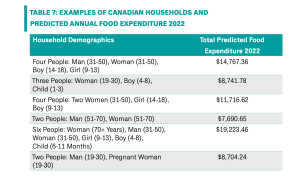 “It’s the highest expenditure increase that we’ve ever predicted … and I think it is very substantial because not only are our food prices going up but the costs of daily living like your housing costs are going up, making it harder for people to live,” Alyssa Gerhardt, a Dalhousie University Agri-Food Analytics Lab researcher and one of the report’s co-authors, said in an interview.

“People have a little more freedom to cut their (food) budget or tweak it … so what happens is food often becomes a sacrifice for people. There’s real concern if people aren’t getting what they need and what they want, whether it’s for culturally specific diets or different food requirements or food needs based on health.”

Among common grocery store food items, the report’s authors expect dairy, vegetable, and bakery items to rise the most in 2022. Canadians can expect to pay 6% to 8% more for dairy products, 5% to 7% more on vegetable purchases, and 5% to 7% more for bakery goods. 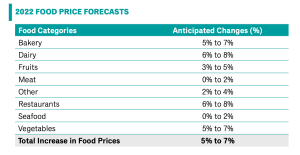 Menu items at restaurants are also expected to jump 6% to 8% as the sector copes with rising food prices and commercial rents in addition to labour market challenges.

“The difficulty in forecasting, especially over the last couple of years, is that the models we use to predict our forecast use a lot of historical data. But COVID has been an unprecedented global crisis so although our forecasts were quite accurate last year, it’s still an uncertain future for us,” Gerhardt said.

“I don’t think anything’s impossible. This year we also saw some items that actually didn’t increase as much as we thought, so there’s room either way. But it is a little bit concerning, the increases that we’re looking at.”

The report’s authors note that a typical Canadian grocery bill rose by 70% between 2000 and 2020. While Canada was historically ranked among the few countries where consumers spent less than 10% of their income on food, there’s been a shift.

Although the median national income grew by 6.6% between 2015 and 2019, the average amount Canadians spend on food — food retail and food service combined — increased by 16.3%. Food retail alone increased by 19%.

“This means that Canadians are having to allocate a higher proportion of their income for food, a trend that has only been exacerbated by COVID-19,” Gerhardt said. 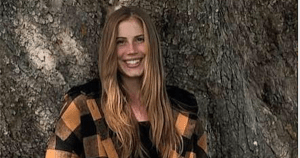 Dalhousie University’s Alyssa Gerhardt is one of the report’s co-authors. Photo: Contributed

The report’s authors say they expect consumers to feel the continued effect of the pandemic, although the extent of its impact is still uncertain. They do expect food insecurity to loom large in 2022 as Canadians struggle with ever increasing food costs.

“There will likely be more demand for and reliance on food programs or food banks if incomes do not rise to meet food expenditures and other basic needs,” the report said.

To make matters more challenging, the authors state that organizations providing that assistance could have difficulty meeting increased demand as they also face rising food costs and operate with “stagnant” budgets and funding.

‘Making it very hard for a lot of people’

“I think we’re going to see a continuation of the food insecurity issues that were happening last year. Even though employment has pretty much rebounded to where it was pre-pandemic, there’s a lot of financial hardship,” Gerhardt said.

“A lot of people have been living pretty precarious lives. Maybe they’re in the restaurant industry, for example, when every few months their restaurant’s closing because of public health measures.”

As people struggle with food insecurity caused by high inflation, researchers also expect theft from grocery stores to increase in 2022.

“Grocers are anecdotally reporting an uptick in theft, particularly of items such as meat, cheese, over-the-counter medication, and energy drinks,” the report said.

The authors added that unreported grocery store losses due to theft could be as high as $3,000 to $4,000 each week in some Canadian grocery stores.

“I would like Canadians to start talking about food insecurity and how it’s tied to housing insecurity, because I think particularly in Nova Scotia, what’s happening right now with the housing crisis and these rising food costs is that it’s making it very hard for a lot of people in our province,” Gerhardt said.

“And I think that we don’t always talk about those two factors together, but I personally think they’re very interrelated and I think just bringing those different challenges into the same conversation is something I’d like to see come out of this report.”

Gerhardt said while consumers are often the ones expected to find ways to reduce their food costs, many are already doing everything they can — from buying frozen fruits and vegetables to using coupons and taking advantage of discounts.

“It’s not solely on the consumer to be responsible for cutting and adjusting their food budget because many families are already doing that,” she said.

“I think something that came out in 2021 is that mid-income level earners are starting to feel that squeeze as well, not just lower-income earners.”

In the face of rising inflation, the climate crisis, supply chain issues, and labour market challenges, Gerhardt wasn’t surprised by the food forecast report’s findings. She noted while the labour issue is contributing to rising food prices, it’s reflective of a lack of quality jobs and not just a labour shortage. 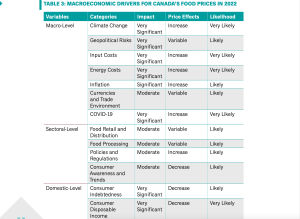 But it isn’t all doom and gloom. Gerhardt said consumers have become much more concerned with ethical and sustainable food practices. They want more transparency around where their food is sourced and how employees are treated and paid. They’ve also gravitated towards more frequently buying and supporting local producers.