You are here: Home / Featured / Report: Canadians plan to avoid restaurants ‘for the foreseeable future’ 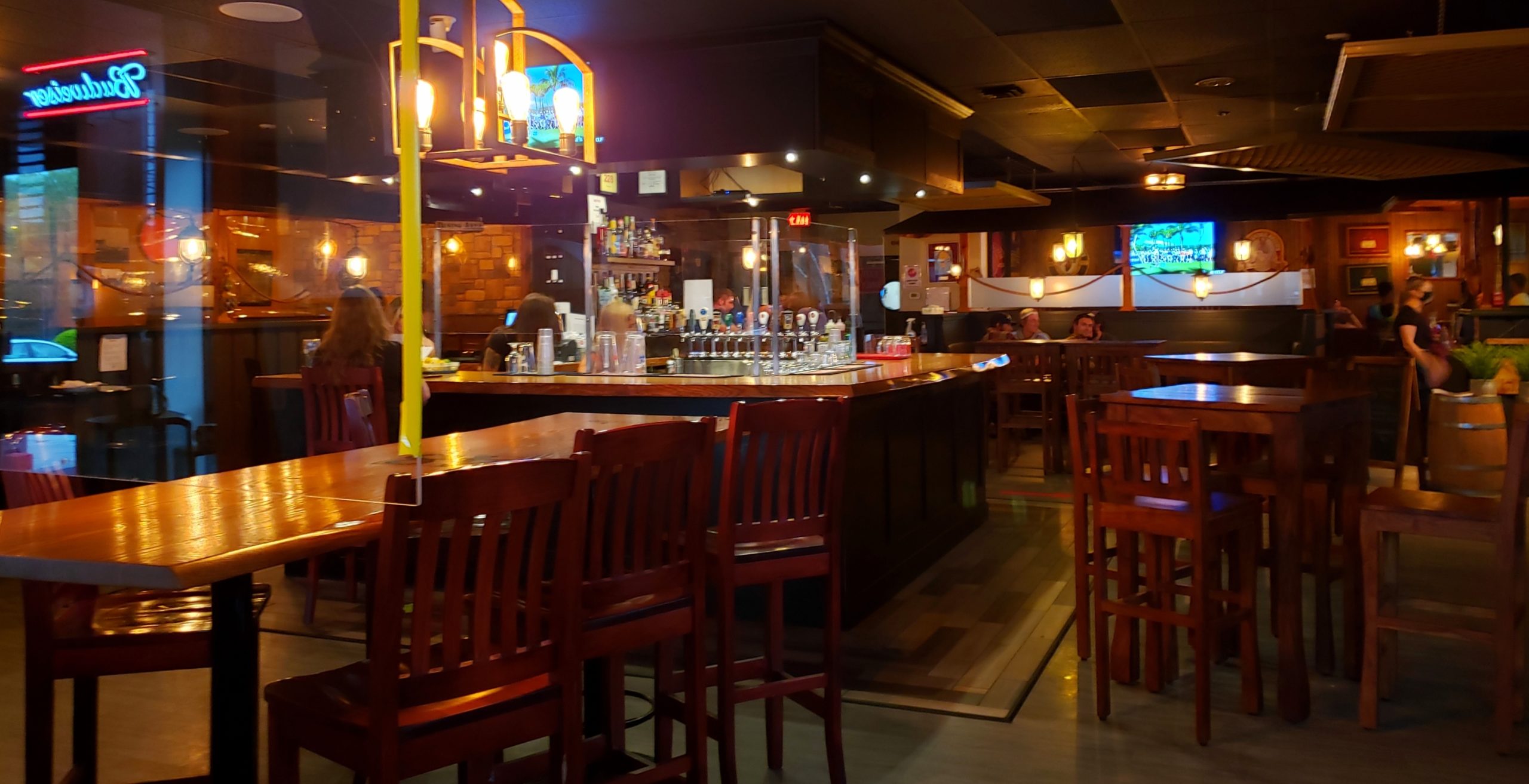 We may have embraced ordering take-out and delivery food throughout the pandemic, but a majority of Canadians say dining in at restaurants is off the table for the foreseeable future.

That’s one of the takeaways of a new survey released Tuesday. The COVID-19 restaurant survey report is a collaboration between Dalhousie University and Angus Reid.

“I think a lot of people are envisioning their next (restaurant) visit and they’re thinking about how far apart they can be with other people. In some places let’s face it, it’s almost impossible,” said Sylvain Charlebois, a Dalhousie University professor and the report’s lead author.

“And so they probably are not going there, at least for a little while, because physically they just can’t see themselves being far enough apart from other patrons.”

Many restaurants throughout Nova Scotia reopened their doors to dine-in customers on Friday for the first time since March and it’s far from business as usual. Servers now wear face masks, tables are at least six feet apart, menus are on paper, and you can’t be at the same table as someone who’s not in your household bubble.

As provinces across the country loosen restrictions around restaurants and other food establishments, researchers wanted to find out about the food ordering habits of Canadians during the pandemic. They also hoped to learn whether consumers planned to return to their old pre-pandemic restaurant habits, in addition to getting a sense of their expectations of those establishments in the months ahead.

The survey suggests that while 64% of Canadians have ordered restaurant food (pick-up or delivery) at least every two weeks during the pandemic, 52% intend to avoid restaurants (dining in) for “the foreseeable future” to protect their own health.

“We’re into week 13 now and things are starting to loosen up, but I think there’s a mixed bag of emotions out there. Some people are keen to get out as soon as possible, while others are concerned about their health and they’re concerned about what experience they’re going to go through as they visit their favorite establishment,” explained Charlebois.

“It’s all over the place. In certain parts of the country, people are more concerned, especially in Ontario and BC. In the Atlantic I think numbers are encouraging. People are looking forward to going out, but they also know that it’s not going to be normal. At least for awhile.”

When Atlantic Canadians were asked when they planned to go out and eat at a restaurant, 46% said “likely in the summer,” followed by 25% who responded “I want to wait until the second COVID-19 wave has passed.” The Canadian average was 38% and 33% respectively.

“I think a lot of people are just not overly comfortable with uncertainty, because I can tell you right now in the food industry the big point of discussion is this second wave and what’s going to happen. People are just concerned,” Charlebois said.

“I think a lot of people will just wait. There’s way more people than I expected that are just going to wait for that proverbial second wave, if it ever happens. I mean, maybe it won’t. We hope it won’t. But the truth is we don’t know.”

Charlebois said although the survey wasn’t able to capture it in great detail, another issue top of mind for many is the kinds of cuisine that make people think differently about risk. During a time when people are worried about contracting COVID-19, he said restaurants where dishes are shared or where buffets are typically on offer will likely suffer.

“I think a lot of people will pass on those for a while, in fact probably for a very long time. We saw that with SARS back in 2003, especially in Ontario, they struggled for a while,” he said.

“But this pandemic is global and affected everyone almost the same way, and so I suspect that people everywhere will be a little bit more cautious about their choices and what establishments they want to visit.”

However, only 36% expect slower service and just 29% of Canadian respondents expect to see menu changes or fewer choices.

“I think it points to the fact that our expectations are unreasonable, essentially. We’ve been confined for three months now, and we barely remember how it feels like to have a pint on the patio. That’s the reality of COVID,” Charlebois said.

“It’s going to take a while before the nomad in us is going to flourish and take advantage of what’s out there. But once we get out there we’ll realize, ‘Oh, right. We’re not in Kansas anymore.’”

The survey also suggests 64% of Canadians intended to visit an independent restaurant when things reopened in their province, as opposed to 39% intending to visit a well known franchise or outlet. Checking into a bar, pub or brewery was on the mind of 33% of overall respondents.

In Atlantic Canada, 66% intend to visit an independent restaurant, 36% are planning to dine-in at a franchise, and 23% are aiming to hit up a bar, pub or brewery.

Charlebois digested these results with relish.

“The biggest concern that I have had with COVID is how destructive the pandemic would be on independent operators because they don’t necessarily have the same support network as franchise owners would have,” he said.

“Of course a lot of franchise owners are family businesses and are local operators, but at the same time, a lot of the innovation, a lot of the local innovation do come out of these independent operators and so it would be sad to see them go.”

A ‘cultural and social phenomenon’

Dalhousie University sociology professor Howard Ramos was one of the new report’s collaborators.

“Coming back to restaurants is a cultural and social phenomenon, not just a business phenomenon,” Ramos said in an interview.

While he wasn’t overly surprised by any of the survey results, Ramos said he was fascinated by what he calls a “contradiction” in the findings. While the majority of Canadians indicated they plan to go to a restaurant in the coming year, and the majority intend to visit an independent business, only a small fraction (18%) intended to go “as soon as possible.”

Ramos said those independent restaurants are the ones that most need the business out of the gate, and this lag time will be difficult on smaller establishments.

After spending more than two months at home and learning more about COVID-19, Ramos said most of us have high expectations that public health and safety guidelines will be stringently followed in the restaurant and food establishments we visit. Those independent restaurants are going to struggle most to meet expectations around things like PPE, hand sanitizer, and distancing.

“The most important message for folks is even if you’re feeling cautious, try and get a gift certificate for when you’re ready to go out and recognize that they’re going to need that support if they’re going to stick around.”

When asked what they missed most about not being able to visit restaurants, 37% of Canadian respondents said spending time with family and friends. Just being outside the house was what 22% missed most during this pandemic period.

“Eating is something that we do to share time with friends and family, it’s a part of social bonding, and it is something that doesn’t translate through Zoom. You can eat in your home and see other people eating, but it’s not the same as sitting down at a table and sharing space together,” Ramos said.

“Over the weekend I was in downtown Halifax eyeing different patios and restaurants as the city and the province have moved to this next phase of opening, and it was interesting to see that there were people out and about. It does seem that people are cautious, but it also seems that people are looking for that part of social life again.”