You are here: Home / Featured / Rankin says a Liberal government may keep rent control for “a few years” and provide financial assistance to those who are renovicted 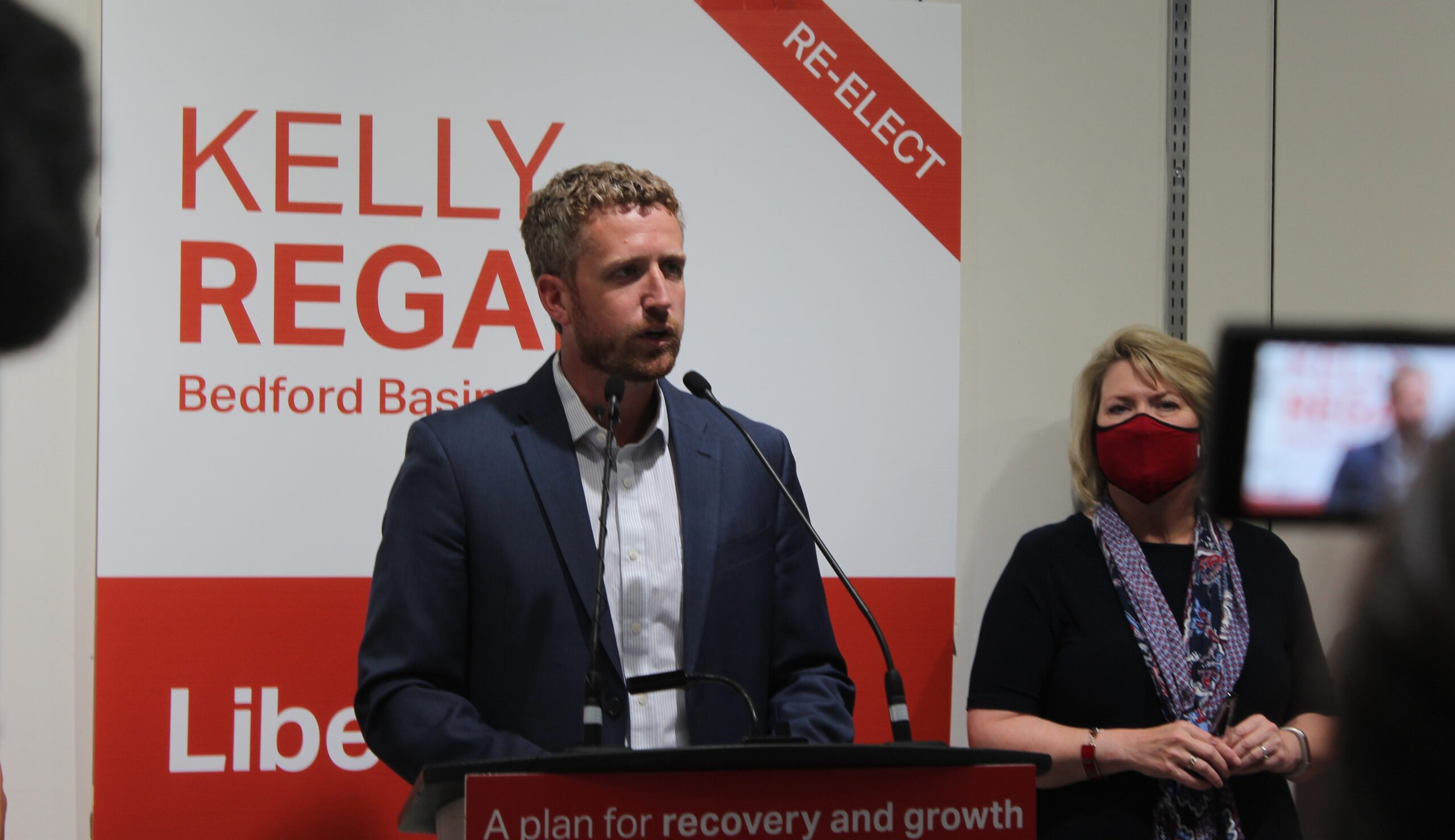 Under the state of emergency declared to deal with the pandemic, the province has imposed a 2% cap on rent increases; that limit is set to expire whenever the state of emergency is ended — presumably when the province reaches the Phase 5 threshold of 75% of the population having received two doses of vaccine, which at present rates of vaccination should happen in mid-September.

But through the provincial election campaign, NDP leader Gary Burrill has said that a NDP government would make rent control permanent. And today, at a campaign stop in Bedford, Liberal leader and premier Iain Rankin seemed to respond to Burrill’s hard line, saying that if reelected, the Liberals could keep keep rent control for “a few years,” a stand he said he made soon after becoming premier.

“We have a booming population here and we need to address our housing stock,” said Rankin. “Since I’ve been premier we’ve invested, committed over $30 million already and will continue to ensure that we’re building more affordable units at the same time when we create the conditions to make sure no one is going to lack access. As I said in April, we will not lift our rent control until the housing supply is stable, and this could take a few years. We are also committed to compensating renters for up to six months who are forced to move because of a potential renovation.”

During the question and answer period after Rankin’s remarks, I asked for some clarification on the housing issues. Our exchange:

Bousquet: Premier, you said that you will keep rent control in place until the housing market is stable. Can you give us some sort of definition of what that means?

Rankin: So we have a very unhealthy vacancy rate and we need to ensure that gets up higher so that there’s a choice in the market. Right now, there is too much opportunity for a landlord to impose an unreasonable increase to rent. I’ve said that all the way around, that it’s a tool. It’s not the solution for our housing issues. We need to grow our supply. And so I respect the recommendation from the Housing Commission to eventually remove rent control. My condition is that we need more supply in the market before we do that.

Bousquet: You also mentioned some sort of financial supports for people who have been renovicted. Can you explain that?

Rankin: So they would get a full month’s rent compensation up to a maximum of six months rent for every year that they’ve been living in that residence.