You are here: Home / Featured / Racists are yelling at teens playing hockey

We’ve taken Part 4 of Linda Pannozzo’s “Climate Emergency” series out from behind the paywall.

“It’s not often that I root for the anti-hero in a book,” writes Pannozzo,

but it seems that as I neared the end of Jeremy Lent’s latest book, The Patterning Instinct: A Cultural History of Humanity’s Search for Meaning— perhaps the longest book I’ve ever read at roughly 570 pages if you count the index — I found myself desperately wanting humanity to stir from its collective inertia and start making the ethical decisions that will lead to those possible futures, meticulously laid out by Lent, that aren’t a version of hell on earth.

In a stunning and eminently readable sweep of pretty much all of human history, Lent wraps up the book with two chapters in which our economic system — the subject of this four-part series — figures prominently.

Click here to read “The Climate Emergency, Part 4: Our current economy can’t address the crisis; what are we going to do about it?” 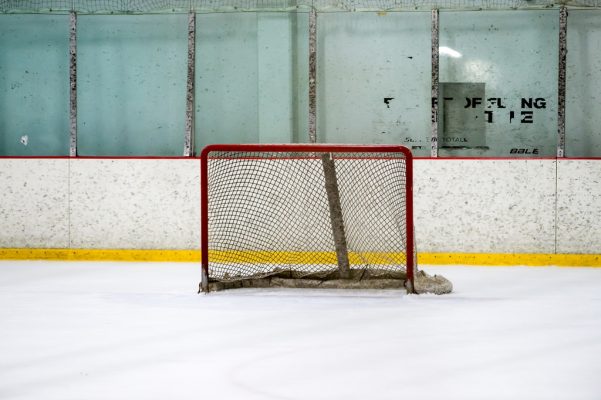 A Whycocomagh, N.S., teen is considering quitting hockey after he says racial slurs were hurled at him during a recent home game.

Sixteen-year-old Logan Prosper is a forward for the Cape Breton West Islanders. He said the taunting started midway through the second period at their game in Chéticamp against the Northside Vikings Midget A team.

Prosper spoke to the referee and both coaches, though no one took any action, all citing that they didn’t hear the taunts, Ludlow reports. She also asked the sixteen-year-old what he would like to see done about the incident.

“It’s almost 2020, this shouldn’t be happening. I don’t want to hear anything about racism in hockey ever again. That’s what I want done about it,” said Logan Prosper.

In related new, today, Environics research releases its report, Race Relations in Canada 2019. The CBC’s Mark Gollom reports that Environics found people are mostly experiencing racism on the street and at work. Results also show that people have observed racism mostly on the street but also in other public places like transit, bars or restaurants. As Gollum reports:

Shakil Choudhury, a Toronto-based consultant who provides diversity and unconscious-bias training to police and teachers, said the more obvious egregious slurs are lessening in the workplace.

“The overt racist and the overt bigot is really, really hard to find. I don’t even think very many exist in the context of a lot of organizations,” he said.

“I think the stuff that happens in the workplace is actually way more subtle.”

It’s not unusual for women and people of colour to experience being cut off and not being heard when they’re at meetings, Choudhury said. As well, ideas expressed by them and by Indigenous people only get validated when they are mentioned by white people, he said.

“The micro is one of those things that if you’re not in a body that’s experiencing it, you’re not going to notice it.”

Online social, self-publishing platform Wattpad has announced it will be opening a “second headquarters” in Halifax.

If the whole “second headquarters” thing sounds familiar, then this cinches the deja vu: Zane Schwartz reports in the Financial Post that, “earlier this year, Wattpad issued a request for proposals to cities interested in housing its second headquarters.” This is, apparently, a thing that tech companies now do, no matter whether they are the size of Amazon, or something more modest.  Wattpad’s Toronto headquarters has “less than 200 people” according to Schwartz, who wrote an original paywalled report for The Logic, which he then heavily cited for a matching non-paywalled piece in the Financial Post.

The Logic and Financial Post stories framed the announcement as less a win for Halifax, and more a loss for Calgary, with the common headline: “Wattpad chooses Halifax over Calgary for second HQ, citing Wexit and cuts to Alberta’s tech tax credits.”

In a release from the company, Wattpad CEO Allen Lau explains the choice, saying Halifax has “a thriving tech scene, world-class talent, and a business-friendly environment.”

It’s not clear at this point what programs or incentives Wattpad will take advantage of or has been offered.

Nova Scotia Business Inc has a long list of incentives programs to entice companies to set up shop in Nova Scotia. One such incentive program, the Digital Media Tax Credit, offers to cover at least 40% of payroll for qualified applicants, according the handy-dandy online Digital Media Tax Credit Calculator. With that sort of incentive up front, one wonders what else could possibly be on offer in Halifax’s proposal to Wattpad. I look forward to finding out more.

Power outages at 9:10am, according to the map.

Over 45,000 Nova Scotia Power customers are doing without power as of 8:30 am Tuesday morning, according to the company’s outage map. The number of outages rose quickly all morning and seems to have levelled off as winds die down.

High winds have also caused the bridge commission to keep “heavy and high-sided vehicles” off the Mackay Bridge.

Environment Canada is predicted the winds to die down over the course of the morning, or by noon in Cape Breton. 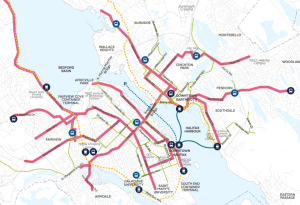 Halifax council’s budget committee (all councillors, but under slightly less restrictive rules to encourage discussion) reconvenes this morning to discuss the capital spending plan for 2020 through to 2023.

The committee will also consider a motion originating with Councillor Lorelei Nicholl and the transportation standing committee, directing CAO Jacques Dube to “prioritize Integrated Mobility Plan (IMP) related projects as part of the capital budget process.” The directive is phrased to apply to next year’s capital budget, for spending in 2021-22.

Last year, after councillors forced several IMP transportation projects back into the capital funding plan, Dube warned that despite capital funding being allocated by council, the projects still might not happen if HRM staff didn’t have the capacity to deliver them.  That sentiment is being echoed again, except this time, remarkably, in reference to a future lack of capacity. The very thin staff report on the motion reads:

Consideration would additionally need to be given to whether operations is able to resource the planning, preparation, and delivery of the prioritized IMP projects within the desired timeframe and what the implication may be to other operational goals. 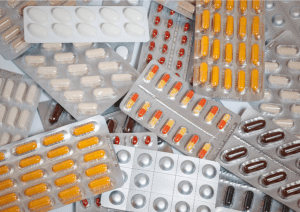 After new rules came into effect on December 1 allowing pharmacists to give prescription for birth control, routine bladder infections or shingles as well as renew expired prescriptions, chatter on social media hinted at concerns that the fees being charged would created a two-tiered system of access to medical services in Nova Scotia. Those concerns were likely quelled after an announcement yesterday by the provincial government. The CBC’s Jean Laroche reports:

The Nova Scotia government will soon pick up the fee for when Nova Scotians get a prescription from a pharmacist for birth control pills or medication to treat shingles or urinary tract infections.

Health Minister Randy Delorey announced the policy change Monday morning at a Bedford pharmacy, which will take effect Jan. 1. At present, people must pay a fee to pharmacists for providing the service.

Delorey said the province is spending $9.4 million over the next five years on the initiative.

Budget Committee and Halifax Regional Council (Tuesday, 9:30am, City Hall) — Council will be deciding the fate of the stadium, but also the Old South Suburb Heritage Conservation District and moving forward with discussion about a “Supervised Consumption/Overdose Prevention Site.” Tim Bousquet will be live-blogging at least part of the meeting via the Examiner’s Twitter account, @hfxExaminer.

Community Planning and Economic Development Standing Committee(Wednesday, 10am, City Hall ) — Nancy A. Noble, the CEO at the Art Gallery of Nova Scotia, and her sidekick Colin Stinson, the “director of marketing and visitor experience,” will give a presentation titled “New Ways of Thinking,” maybe using some body part that isn’t the brain. And, staff is going to give an update on the Culture and Heritage Priorities Plan, but as of 8am Tuesday, there’s no update posted on the website.

Health (Tuesday, 1pm, Province House) — the committee is going to talk to folks from the Pharmacy Association of Nova Scotia about “Pharmacists’ Role in Health Care and Scope of Practice.”

Thesis Defence, Health (Tuesday, 11am, Room 3107, Mona Campbell Building) — PhD candidate Adria Quigley will defend “The Feasibility and Impact of a Yoga Intervention on Cognitive and Physical Performance among People Living with HIV.”

If p is a prime written in base 10 as d_{r} d_{r-1} … d_{0}, then the polynomial f(x) = d_{r} x^{r} + … + d_{1} x + d_{0} in  Z[x] is irreducible over the integers. This result, due to Arthur Cohn, has been generalized in a number of directions. In particular, we investigate what happens when the coefficients are not restricted to digits. For example, if f(x) is as in the display above with r < 32, the d_{j} simply non-negative, and the value of f(10) a prime, then f(x) is irreducible. We will survey some recent work on these generalizations done with several of my former students Morgan Cole, Scott Dunn, Joseph Foster, Sam Gross, Jacob Juillerat and Jeremiah Southwick.

Save your batteries to follow Tim’s live tweeting at council today!