You are here: Home / Featured / Racist tropes about COVID-19 echo the long history of anti-Asian stereotyping 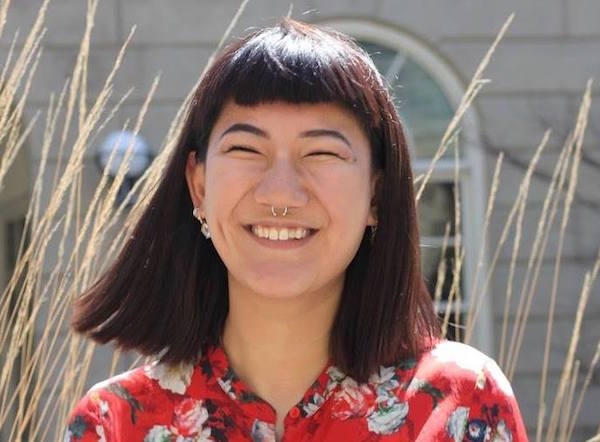 For the past week, as criticism of Donald Trump’s handling of the coronavirus crisis has intensified, Trump has deliberately emphasized calling the disease the “Chinese Virus.”

Trump’s strategy deliberately racializes the disease, and singles out and scapegoats Chinese people. The tactic stokes fear and hatred against Chinese (and Asian) people at a time where people are angry, anxious, and facing instability.

You haven’t really experienced covering a pandemic until you receive messages from readers accusing you of *checks notes* being a Chinese sleeper agent living in Canada to spread “fake news.”

Emergencies can bring out the best and worst in people.

The impact of racist narratives about coronavirus are not limited to the United States. People of Chinese descent in Halifax report experiencing racist comments and hostility as some people blame them for the outbreak.

One parent of two, who wishes to remain anonymous because of the impact of the incident on their children, describes a recent incident where a clerk in a store sprayed disinfectant only on them, and not on the four other shoppers surrounding them, while muttering rude comments. They were shopping with their children at the time.

There were at least four other self check-out counters and she [the clerk] was obsessively spraying around me while I was still scanning my items. She could have waited for me to finish or at least spray the other stations too. I had to move my child to prevent spray from getting in their face.

Facing outbursts that stem from this assumption of being a virus has been hard.

Lianne Xiao, a student and organizer on climate change and migrancy, also is experiencing the social stigma of public misconceptions about the virus:

In the midst of this pandemic, racial violence against Asian people is on the rise. Elected officials and the media continue to link COVID-19 to China and Asia inherently racializing a disease.

As someone from the Chinese diaspora, not only am I worried for the health and safety of my family, but now I fear experiencing racial slurs and aggression outside the home. I am exhausted by the news. I am tired of racist Orientalist tropes that paint my people and our traditional and cultural foods as dirty and unclean.

There are long histories of associating contamination and race. OmiSoore Dryden is the James Robinson Johnston Chair in Black Canadian Studies in the Faculty of Medicine at Dalhousie University, and her work focuses on the impact anti-Black racism has on the health and well-being of Black people. Dryden says:

It is important that we name the anti-Chinese racism that is occurring at this time. Not only is the US president fueling these sentiments, but we see Asian people (not necessarily Chinese) under increasing scrutiny, and some are even being attacked in the streets.

Anti-Chinese racism has a long history in Canada — the Chinese head tax, the Exclusion Act, just to name two. Chinese people were often referred to as the “Yellow Peril” — a plague, something that would bring destruction to white people and colonial Canada.

This type of racist stereotype causes harm, not only to Chinese people and to Asian people, but to all of us. Viruses are not caused by a specific people. Gay people and African people did not create HIV. Chinese people did not create SARS or COVID-19. These types of racist stereotypes are diversionary tactics that do nothing to stop the spread of viruses.

At a time when communities are focusing on social solidarity, such as through community care-mongering groups, it can be uncomfortable to also think about who is excluded from our care. There can be a sense that people are pulling together in a crisis, and this is not the time to raise issues that feel less good, or to talk about race. But as Xiao identifies, now is the exact time, as social inequality deepens and social fissures intensify, for communities to identify racism and to work together in solidarity:

It is crucial for non-Asian allies, particularly white folks, to take a stand against sinophobia. However, as Asians, we also have a responsibility — we must actively combat and dispel the model minority myth.

The model minority myth is a direct example of how racial groups are actively pitted against one another. The myth perceives all Asian-Americans to be successful, painting all Asians as a wealthy and well-off monolith. In reality, widening wage gaps disproportionately affect Hmong, Cambodian, and Burmese women who face precarious labour conditions.

The crisis that we are currently experiencing must be our wake-up call to confront anti-Indigenous racism and anti-Blackness within our communities. Now and forever, let’s show up for one another.