There are various kinds of weather today. 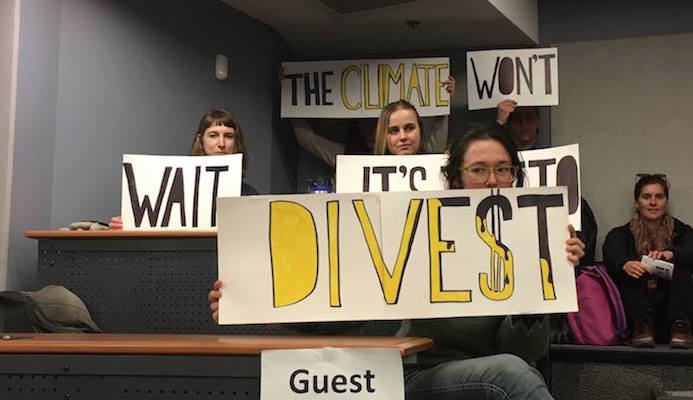 This week we speak with Simon Greenland-Smith and Cameron Lowe of Divest Dal, a student lobby group working to get Dalhousie University to stop investing in fossil fuels.

Also, Bassam al-Rawi was lost but now he’s found, Stephen McNeil takes a hit in the polls, Canso could be the next Cape Canaveral, and the New York Times hits Halifax to report on basketball and our “succulent lobster.”

This morning, the city issued two Request for Proposals (RFP).

The first RFP is for a feasibility analysis of a Bus Rapid Transit corridor:

While Canadian transit agencies have a common understanding of BRT, implementation has varied with local context and fiscal realities. Dedicated busways are existing or planned in only a few communities including Ottawa, Gatineau, Mississauga and York Region. Most BRT systems operate on arterial roads, utilizing at-grade crossings with transit priority measures to give buses preference over mixed traffic in congestion. Some transit agencies are rolling out BRT service in stages, and planning enhancements to serve future growth in demand.

Halifax Transit’s current experience with BRT type service is the provision of MetroLink service to the Portland Hills and Sackville areas. This service has some of the characteristics that define BRT: limited-stops, Park & Ride spaces, on-street stations, state-of-the-art buses, and the limited use of transit priority signalization and queue jump bus lanes to facilitate service. However, Halifax does not have dedicated right-of-way lanes which often means that buses face the same road congestion as automobiles and meeting service schedule and reliability can be a challenge.

The recently approved Moving Forward Together Plan works to increase the proportion of resources allocated towards high ridership services in part by establishing ten high ridership Corridor Routes. Corridor Routes form the spine of the transit network, operating along the busiest corridors and provide consistent, high frequency service over the entire service day. These routes are the natural starting point for increasing BRT service including the potential provision of dedicated bus lanes.

In order to understand if BRT is a viable high-order transit system, an initial study must be complete to evaluate capital costs (infrastructure and land costs), operational costs, design and implementation considerations, performance, and economic, social, and environmental impacts.

The selected vendor will look at potential routing and ridership numbers, and give a ballpark estimate of costs of buying the land for and building a BRT corridor. The work is to be completed by November 2018. 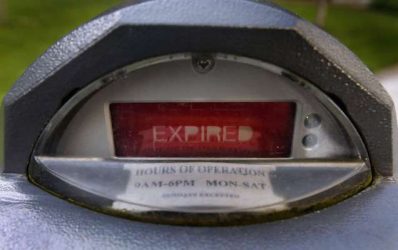 The second RFP is for a Mobile Parking Payment Service, which will bring all the bells and whistles of modern parking systems to Halifax, including credit card payments and parking meters that hack into your smart phone and download all your credit card info to the selected vendor. 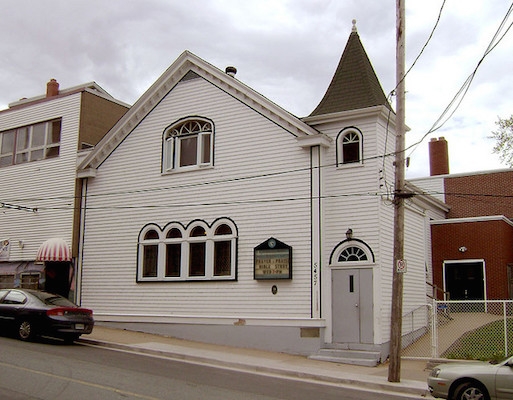 “A Halifax church, with a history of fighting against racism, has agreed to change its name in support of Indigenous Canadians,” reports Nzingha Millar for The Signal, the King’s Journalism publication:

Members of Cornwallis Street Baptist Church voted in January to begin a renaming campaign this spring, after concerns were raised about the colonial history associated with the name of Edward Cornwallis, founder of Halifax.

Grace Skeir, the church’s licentiate minister, is responsible for collecting submissions for the new name.

“We’re simply named after a street, which doesn’t really have a lot of meaning, and also we were originally called the African Chapel,” says Skeir. “Even initially there was the knowledge of the history of Governor Cornwallis, so there was reason for us to visit the possibility of a change of name.”

“It’s not SimCity the Halifax version, but researchers at Dalhousie University are designing a video game of sorts that could help emergency planners better prepare for a mass evacuation of the city and possibly save lives,” reports Jean Laroche for the CBC:

Ahsan Habib, one of the researchers behind the project, said Halifax’s design makes it vulnerable in the event of a disaster.

So far researchers have run scenarios based on serious ocean flooding — and the news isn’t good.

“We saw that it takes 15 hours to evacuate the entire peninsula assuming that everybody had access to a car and only taking into account congestion,” said Habib, adding he was surprised by the estimate. “Fifteen hours is a long time.”

We all expect there are various people working in the background to be planning for the most unlikely of scenarios, but this is ridiculous. A tidal event or tsunami that swamped the entire Halifax peninsula, all the way up to the top of Citadel Hill, would indeed be some “serious ocean flooding,” but getting off the peninsula would be the least of our worries, as pretty much everywhere we could possibly run off to, including the entire eastern seaboard of North America, would also be under water, so what’s the point? 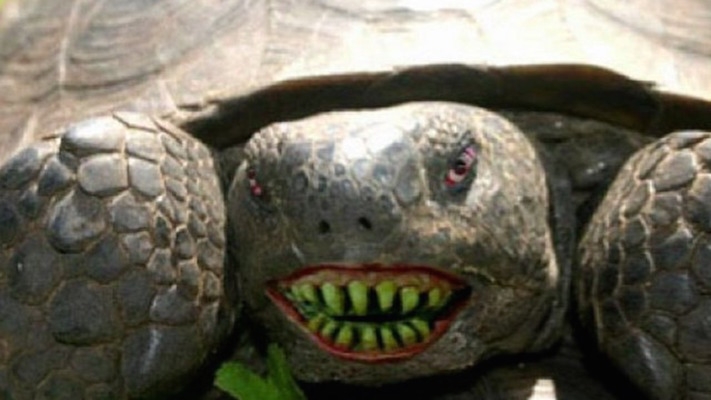 If we’re going to go down this disaster porn wormhole, there are two basic kinds of disasters. The first is the immediate death for everyone: a sailor on a US warship drops a socket wrench and a nuclear missile fires into the never-completed Nova Centre and the city vaporizes instantly (although the architecture improves). Or we get a slow-moving disaster: genetically modified turtles who like to eat dogs and small children are released in Point Pleasant Park, and they ever-so-slowly march on the urban area, in which case we’ll have like weeks to get out of the way (in the disaster movie, Gus will save us with some not-so-fast talking to his evil cousins).

There’s not much in between. 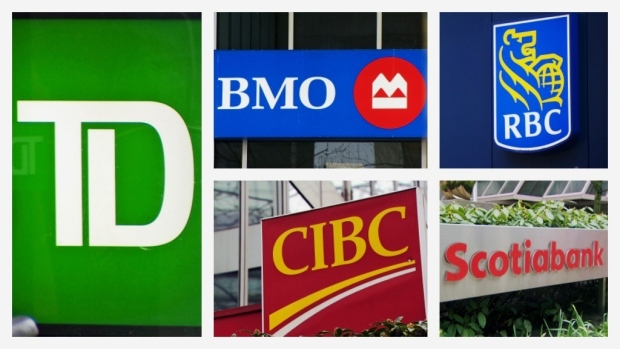 Stephen Kimber reviews the commitment in time, money, resources, and risk that went into CBC’s Go Public investigation into “the many and nefarious ways in which Canada’s big banks have routinely forced their own employees to ‘up-sell’ customers, including seniors and the vulnerable, with services they don’t need and often never asked for simply to further burnish the banks’ already profit-bloated bottom lines.” And he notes:

Committing that single act of journalism required one hell of a lot of labour-intensive investigating, reporting, and editing — not to mention, I’m certain, countless hours of lawyering — simply to prove, or disprove, the allegations of three disgruntled, anonymous TD employees. It was worth it.

The story is important on its own, of course, but it’s important too as an example of why we need properly funded, independent journalism that is not beholden to the interest of bills-paying advertisers.

2. Where is Stephen Archibald?

When I haven’t heard from Stephen Archibald in a while, I start to worry that he got permanently stranded at the Mumford bus terminal or that a crate of photos of boot scrapers fell on him in Aisle 157B of Hangar 51. So, this morning I nervously went to his @Cove17 Twitter account to see if there’s any news, only to discover that he has quite sensibly left our perpetual Gethenian struggle for warmer climes, specifically, Mexico. And so we get photos and commentary like this:

Yesterday a Mayan buzzard. Today a Christian buzzard. What do they really know? #Yucatan pic.twitter.com/c1lBOTuY4Q

Several months ago I had a conversation with Ray Stapleton regarding the placement of the Never Forgotten National memorial at Green Cove.

My take was that the monument would be out of place in a national park, especially Cape Breton Highland Park.

Since the bulk of the Canadian military contingent sailed out of Halifax Harbour during both world wars and those fortunate to come back returned to Halifax Harbour, logically that is the ideal place for the monument’s location.

As well, since Tony Trigiani’s parents probably arrived at Pier 21 in Halifax, this location would not only honour those who never returned, but also his parents. It would also be an open arm welcome to any and all future immigrants.

New York City placed their gift from France, the Statue of Liberty, in their harbour so …

I know Ray Stapleton doesn’t agree with this, but, as a RCAF veteran, it makes perfect sense to me.

Accessibility Committee (Monday, 4pm, City Hall) — former councillor Jerry Blumenthal, who is now with the Canadian Association of Retired Persons, will talk about Segways on sidewalks. The agenda doesn’t say if he’s agin ’em or fer ’em, but either way, this should be great fun.

City Council (Tuesday, 10am, City Hall) — the Queen’s Marque development on the Halifax waterfront is a gigantic piece of crap:

At 450,000 square feet, Queen’s Marque will be about half the size of the Nova Centre, but twice as ugly. Worse still, it essentially privatizes the boardwalk by way of two “expansive gates” that will guard a tunnel through the building (à la the Grafton Street Glory Hole).

Moreover, at 10 storeys, the gigantic piece of crap will cast a perpetual afternoon shadow on the boardwalk. That stretch of waterfront will have a post-apocalyptic vibe to it, a sterile concrete monolith hanging over a soulless alley, with pedestrians scuttling through as quickly as possible to avoid the funeral aesthetic.

Speaking of which, Beverly Miller writes:

I looked up the meaning of the word “marque,” as in Queen’s Marque, and guess what I found. The obsolete definitions are “reprisal” and “retaliation.” “Letters of marque” refers to “written authority granted by government to seize the subjects of a foreign state” or a  “…licence granted to a private person to fit out an armed ship to plunder the enemy.” It can also refer to a model or brand of a manufactured product…usually a car. (Meriam Webster). Anyone else see any parallels here? Perhaps the developer should have been more careful in his choice of words?

Machine Learning (Tuesday, 11:30am, Room 430, Goldberg Computer Science Building) — PhD candidate Stephen Kelly speaks on “Emergent Solutions to High Dimensional Reinforcement Tasks with Tangled Program Graphs.” Iris says I have to mention that Kelly’s bio note explains that he “has maintained an art practice throughout graduate studies at Dalhousie, crossing art and science within public installations and ongoing research projects in art and artificial life.” I don’t know what artificial life is (unless it’s like a poser Imposter Syndrome thing), but then again, I don’t know what a tangled program graph is either. Maybe we should all do smack and watch trains.

The Long Road to Justice: The Viola Desmond Story (Tuesday, 6pm, Room 307, Dalhousie Student Union Building) — a screening of the documentary followed by a panel discussion on the legacy of Viola Desmond.

Watch out for turtles.