Today’s Morning File is guest-written by Katie Toth. Not a whole ton of news out there today, Halifax — just gotta be honest. But let’s do our best! 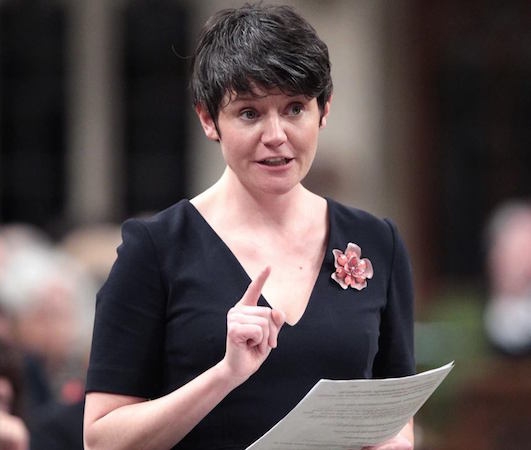 Megan Leslie is the former Member of Parliament for Halifax. She writes:

I am a voracious consumer of the Halifax Examiner.

I read the Morning File every day to get a synopsis and analysis of the news — and a touch of humour — not found anywhere else. On Sundays I make suppers while listening to the in-depth discussions with local newsmakers on the Examineradio podcast. I spend the weekend reading El Jones’ racial analysis of events in our community and think differently because of it. And in the evenings I take the time to read the in-depth pieces offered by Tim, Erica Butler and others.

I find that I am a more discerning consumer of media and am more aware of things happening in my community because of the insights and information I get from The Examiner.

Halifax Examiner is an essential contribution to Halifax’s media landscape and this type of Halifax-specific, investigative journalism needs to be supported by citizens. I’m proud to support it with my subscription, and think you should too. 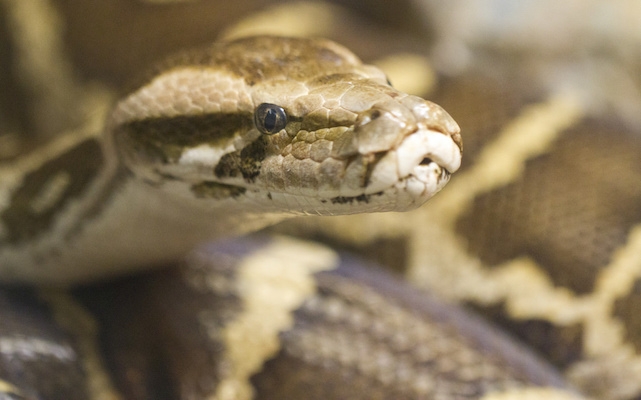 Jean Claude Savoie, who failed to contain his African python while two children slept at his apartment, is not guilty of criminal negligence from the tragic incident three years ago. The python had escaped its enclosure, travelled through a ventilation duct and killed the kids while they were sleeping. From CTV Atlantic and the Canadian Press:

The boys had spent the day of the sleepover petting animals and playing at a farm owned by Savoie’s father. Bob Johnson, the now-retired former curator of reptiles and amphibians at the Toronto Zoo, testified at Savoie’s trial that snakes become more aggressive when they detect possible sources of food — and an attack would have been unlikely had there been no animal smells on the boys.

Johnson said once a snake bites, it is very difficult to unlock that bite, and the large snake could have coiled around both boys at once.

He responded to the earlier testimony of RCMP officers about the python’s aggressive behaviour after it was captured — hissing and lunging at the glass of the enclosure.

“A snake that responds like that is a very aggressive snake,” he said. “It was an extreme response to human presence. This animal was dangerous.”

2. Coastal erosion is eating away at Halifax 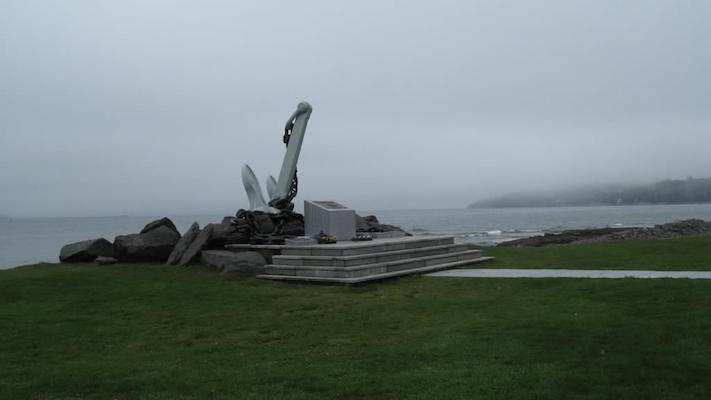 Two of the city’s historic monuments at Point Pleasant Park are falling into decay due to the abuse of the salty seas. Coel Ediger, writing for the Coast, explains that the rocks under the Bonaventure Anchor are shifting, and the Point Pleasant Battery is just not what it used to be. A new update to September’s Point Pleasant Park Comprehensive Long Term Plan says that it’s time to bury or demolish the Battery and move the Anchor somewhere else.

Personally I think it’s shortsighted to see Halifax literally shoving its history under the ground; it’s the one thing that makes this place special. Seriously, burying or demolishing a historic monument were the only options?

Halifax residents are deeply unimpressed with the construction blasting going on to make a new military jetty near the Macdonald Bridge. At an airing-of-grievances last night they gave CFB Halifax the business.

One resident “said he was concerned about possible foundation damage to his home that appeared after the blasting started,” Steve Silva reported for Global. “The blasting normally happens at around 3 p.m. Residents said they want it to happen at the same time each day.”

A spokesperson for the Department of National Defense told Silva:

Our intention is a matter of weeks, hopefully to the end of the month. Like all construction projects, it’s possible you can incur delays, but it will be very soon in any case.

4. Halifax is tired of Mom telling it what to do

Halifax is a grown-up now, and it should be able to go to the mall whenever it wants without Nova Scotia asking whether it finished its homework or who it’s hanging out with. Gosh, Mom.

So says a new municipal report, which suggests the city should have “natural person powers” that allows it to buy property for non-municipal use, invest in projects, and spend money on items that aren’t currently included in the city’s charter.

According to Pam Berman at CBC, these powers aren’t unusual for a municipality of Halifax’s size:

Saint John, N.B., has had natural person powers from the start due to its royal charter in 1785. Over the past 30 years it’s been extended to a number of municipalities in British Columbia, Alberta, Saskatchewan, Ontario and Quebec. In Alberta the provincial government has recently granted school boards natural person powers. 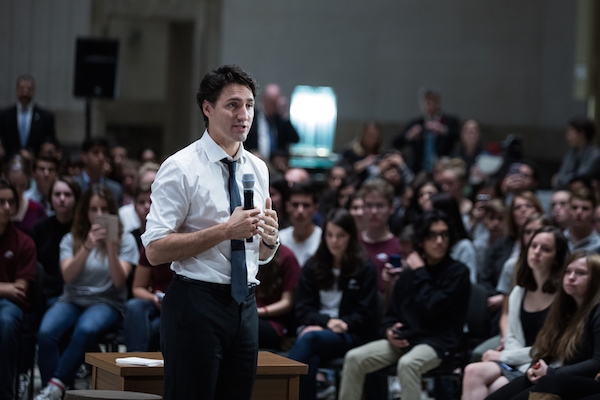 Courtesy of the Government of Canada

Justin Trudeau will be in Sydney, N.S. this morning, CBC says, as the formerly-shuttered-under-the-Harper-Administration Veterans’ Affairs office opens again today. He’ll then be hitting up the Legion around noon, which is a little early to hit the bar if you ask me — but if Donald Trump is his new overlord come January, then we all might as well let loose while we can, right? 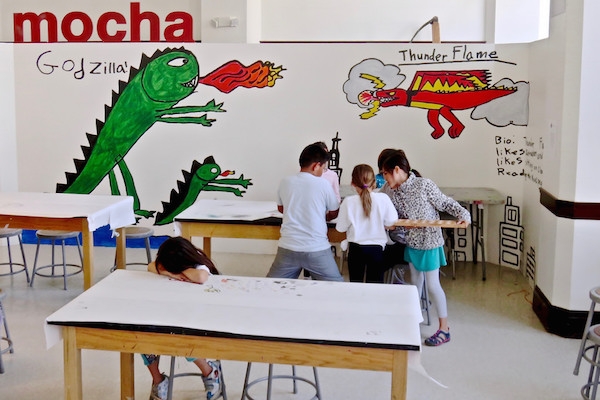 1. Teachers and parents: don’t divide us, it won’t work

An advocacy group of Nova Scotia families has come together to support Nova Scotia teachers as they bargain for a new contract with the province, according to the latest Views of the City in The Coast:

As a group of concerned parents and grandparents of students in public school, we have become frustrated with the government’s simple and one-tone approach to dealing with the school system’s many complex challenges: Blame teachers. Every day we leave our children in their care. They are highly trained, confront new challenges all of the time and are entrusted with one of the most important tasks in our society. And yet, premier McNeil wants to attack their dignity and autonomy, while spending lavishly on advertising campaigns and dishing out generous pay raises to his own high-ranking bureaucrats.

[T]eachers’ working conditions are our children’s learning conditions. For years now, governments in Nova Scotia, Canada and North America have been disparaging teachers and other valuable public workers to lower taxes to the wealthy and devalue public programs. We think it’s time to say, “Enough is enough.”

Nova Scotian parents’ solidarity with the union is part of a broader move in teacher organizing. In 2012, when Chicago teachers went on strike, the city’s mayor Rahm Emanuel needed a parent backlash against the teachers to cut the strike short. He failed, with significant public support for the union, and the teachers got many of their demands (this year the union still had about triple the public support that Emanuel does, as they bargained a new contract).

Similarly, Chicago’s strike was modelled after the successful illegal 2005 teacher strike in British Columbia. There, teachers had spent years prior building rapport with community groups who would support their cause when they walked off the job.

The ongoing support of these parents will be critical if the teachers want to bargain a significantly better deal.

Ranking MacDonald, for the Inverness Oran:

From all reports, the summer of 1914 in Europe and North America was a pleasant one weather-wise and the world seemed a good and peaceful place to be.

It was business as usual with the upper classes enjoying the world prosperity and the working class slaving for their daily bread. But there was lots of employment.

On June 28th, in Sarajevo, Bosnia-Herzegovina, everything changed.

The Archduke Franz Ferdinand of the Austro-Hungarian Empire and his wife, Sophie, were assassinated in what was the second attempt on their lives that day.

The second successful attempt by a Bosnian nationalist named Princip, who may or may not have had the backing of Serbia, set the world on a slide into madness; a madness that persists to this day.

If the Archduke was not shot, what would have happened in the early part of the last century?

The summer would not end as it had begun.

Well, that is certainly something. 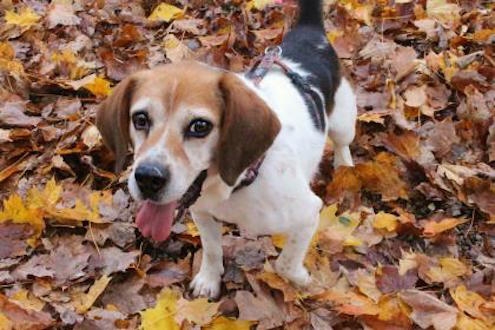 Meet Puddles. He’s a six-year-old beagle up for adoption from the King’s SPCA in Nova Scotia. His puppy profile says he is “a cuddler and a lover looking for a home that can give him all the love he craves!”

He is known for asking for belly rubs as well as giving “hugs”. He has done very well with his dog meets here at the shelter but would do best in a home with a dog that had a similar personality to his own. Being a Beagle, Puddles has a history of following his nose and being a “runner”. He would love to find a home with a fenced in yard or a family willing to take him on fun walks!

Puddles is only one of the many adorable dogs that want YOU to take them home.

Dalhousie architecture prof Steve Parcell created this before-and-after animation of the view from the Central Library.

Design Review Committee (4pm, City Hall) — the committee will be reviewing the Doyle Block development proposal. As I [Tim] wrote in March:

But it’s not just the view from the library that is problematic. The Doyle block was previously occupied by four architecturally differentiated buildings, two of them quite distinctive. In contrast, the proposed building is a block-straddling monolith that will form a massive street wall, deadening what had been a lively and visually pleasing streetscape. It has a 1970s-era failed institutional feel to it, the Supertramp of Spring Garden Road: banally loud and utterly uninteresting.

The Design Review Committee was created as part of the HRM By Design planning initiative, which also led us to The Borg destroying the heart of downtown. Supposedly, the DRC is supposed to save us from dog-awful Supertramp-y buildings. I fear it will instead just rubberstamp them.

Web information retrieval typically aims for providing a few high quality relevant documents that satisfy the user’s information need. In information retrieval (IR) terms, the focus is on high precision. There are other IR applications over special text corpora, where the focus is on retrieving all documents that are relevant to the user’s information need, i.e. aiming to achieve 100% (total) recall, while keeping precision acceptable. Examples of total recall IR applications include legal search (looking for all relevant court decisions to a given legal case), systematic medical reviews (looking for all relevant research literature to a given disease, in order to prepare a systematic review for physicians), factory incident reports (finding all relevant incidents to a scenario being investigated), or desktop search (finding all relevant documents on one’s desktop). Contrary to web information retrieval, which is generally considered able to fulfill its mission, thanks to ranking algorithms that exploit the link structure of the Web, IR on special text corpora is notoriously hard. In this talk, I will review semantic relatedness measures for text and I will speculate on how they can be applied to address total recall in interactive information retrieval from special text corpora.

Morning File takes Remembrance Day off, but Examineradio will be published later in the day. Morning File returns Saturday with El Jones.