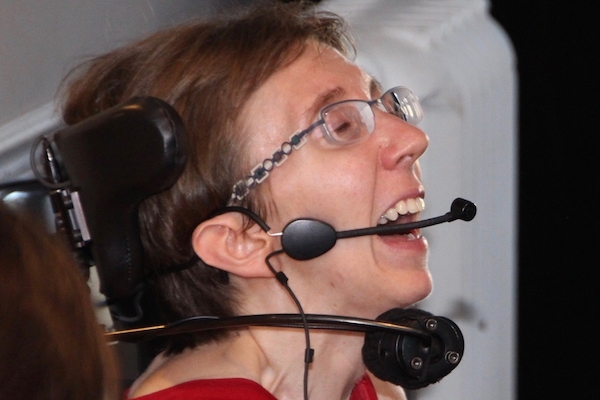 Though the Nova Scotia government ended the moratorium on the building of new group homes (though 300 group homes are needed, not just the eight announced);  and though the government has enough sense to put the Accessibility Directorate under the Department of Justice; and though the government has passed the Accessibility By Design Act committing the province to become fully accessible by 2030, there has been no movement on allowing people with severe physical disabilities to live in the community.

At most, the province offers six hours of care per day. What someone with a severe physical disability does for the other 18 hours is anyone’s guess.

The other option is going into a long-term care facility. A nursing home bed costs individuals $110 a day or $40,150 a year — if the resident has the means. The government takes their pensions or disability income and returns to them $260 a month for personal spending. However, the real fiscal cost of institutional care is greater than $40,000 a year per person.

On February 28, 2019, EcoGreen Homes and I, a person who is quadriplegic due to progressive multiple sclerosis, presented a proposal to the Department of Community Services for a four-bedroom unit with shared-attendant care in a new mixed-use building on Gottingen Street. This unit would keep me and three other young adults out of a nursing home at a cost comparable with that of housing us in a long-term care facility.

We still haven’t had an answer from the department on whether the developer can move ahead on the proposal. The developer has left the space on Gottingen Street untouched at great expense to himself. After our presentation, the developer was asked how long the province had to get back to him. He answered two months. We are now in our ninth.

We haven’t hand-picked the other people. We had hoped the late Joanne Larade could be one of the residents. Larade was a disability rights activist with Muscular Dystrophy Canada, Independence Now and Empowered. She has passed away since the project was proposed.

Larade joined the advocacy group No More Warehousing, convinced people with severe physical disabilities could together do something to fight for the dignity we deserve in housing. Like other Nova Scotians, we deserve choice in where and with whom we live, as is stated in the UN’s Convention on the Rights for Persons with Disabilities, which Canada signed in 2010.

We are allowing the government the decision of which people, other than myself, should be given an opportunity to live in the community rather than on the outskirts. We are hoping that in the future no young people will be put in nursing homes and that 24/7 service will be available outside of a nursing home.

We don’t believe keeping people under 60 in a nursing home, where most residents are at a different stage of their lives, is good for their mental health. Just because a 90-year-old needs physical assistance doesn’t mean they should be lumped together with a young person who needs the same level of care.

The activities considered appropriate for the elderly are not necessarily appropriate for younger people. How would you like your bedtime, mealtime, meal choices, wake up time, and visiting time decreed after you reach 18 years of age? Yet the Nova Scotia government promotes this for people with severe physical disabilities.

We want the Government of Nova Scotia to approve the proposal we presented in February. We want EcoGreen Homes to get the go-ahead.

Jen Powley is the author of Just Jen.