You are here: Home / Featured / If we’re serious about addressing systemic racism, then prisoners should have the right to vote in the upcoming municipal elections

On October 17, 2020, Halifax will hold a municipal election. Amid worldwide protests and a mass movement calling for the defunding and disarming of police, city responsibilities around budgeting and police oversight have become a charged issue. The fall vote gives the public the opportunity to make demands around policing heard in what could be the most crucial municipal election in years.

But there is one group of people that cannot vote. Under the Municipal Elections Act (Section 15.c), “a person serving a sentence in a penal or reform institution” is disqualified from voting. 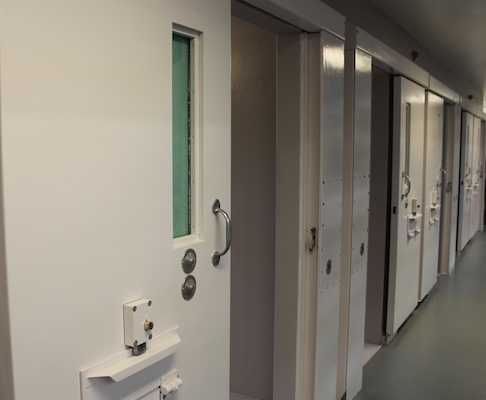 The ban on prisoners voting in municipal elections is an anomaly. Incarcerated people can vote in both provincial and federal elections. The Sauvé decision in 2002 established that federal prisoners could not be excluded from voting. After that decision, Elections Canada provided prisoners access to the vote, but it took until Bill C-76 was passed in 2018 for the legislation that prevented incarcerated electors from voting to be removed.

The latest report published by Correctional Services in April 2019 shows an average of 470 people in provincial custody on any given day, with Central Nova Scotia Correctional Facility in Burnside being the largest institution. Calculating the number of federally sentenced people who would be eligible to vote in municipal elections is more challenging.

The report also reveals that by the average daily count, 62% percent of people held in provincial custody are on remand, meaning they have not been convicted. Almost 2/3 of those in custody are legally innocent, yet are prevented from voting on issues that directly impact them.

Forty-two percent of federally incarcerated women are Indigenous, and Black incarceration is rapidly increasing. The Wortley report showed that Black people are six times more likely to be street checked than white people, and that one-third of Black men in Halifax have criminal charges. Disenfranchising incarcerated people suppresses the vote of communities who already face barriers to democratic participation. Even worse, the very people who are criminalized by racist policing regimes are denied the right to have their say about policing.

A former provincial prisoner whose family fled to Nova Scotia as refugees told the Halifax Examiner:

I have never been able to vote my whole life even though I have been in North America for 90% of my life. It makes me feel small thinking about it.

Asaf Rashid, a lawyer currently on leave while working as a union organizer in Halifax, says that denying prisoners the vote is a clear violation of their rights:

The exclusion of prisoners from voting in municipal elections under the Municipal Elections Act should be ruled as unconstitutional. It is also against supposed objectives of rehabilitation, reintegration, and positive engagement in society that the correctional system claims are part of its objectives.

In the 2002 decision, Sauvé v. Canada (Chief Electoral Officer), the Supreme Court of Canada held that it was unconstitutional under section 3 of the Canadian Charter of Rights and Freedoms to exclude federal inmates from voting. That section reads, “Every citizen of Canada has the right to vote in an election of members of the House of Commons or of a legislative assembly and to be qualified for membership therein.” Municipal voting should be read in as included under section 3, as municipalities have their powers delegated by the province and have control of matters of utmost significance to prisoners, such as budgets for policing and various social services that they will likely need upon release.

They must have a say in this, including through the ballot box. The cognitive dissonance between the apparent objectives of the correctional system with the exclusion of inmates from civic engagement really underscores how contradictory and debasing of human and fundamental rights the prison system is.

Along with police budgets, the cost of incarceration is also steadily increasing. The 2019 Correctional Services report indicates that in 2017/2018, gross expenditures on corrections were 71.8 million dollars. According to the report:

In the same time period, the cost of keeping a person incarcerated also increased. From the report:

The city of Halifax spends just over 20% of taxpayer dollars on funding the police. That’s a cost of $117 million. This is more than the tax dollars spent on public transportation, the library, and parks and recreation combined.

While hundreds of millions of dollars are spent on incarceration, with many more millions planned to be spent on building a new provincial jail in Cape Breton, the province has cut funding for housing that allows people to serve their sentences in community. From the Canadian Press article:

Ashley Avery, executive director of the Coverdale Courtwork Society, said it would save the province money to help continue the program.

She said the average daily cost per adult in custody is $271 per day, while the program has been operating at about $125 per day.

The rallying around defunding the police is not just a question of taking money away. It is also fundamentally about whether we invest in punishment, or whether we invest in social supports. The public outcry against the armoured vehicle; the increased pressure on Public Prosecution Services to drop the charges on Santina Rao after she was beaten by police in front of her children at Walmart; the confirmation that taxpayers pay the legal expenses of accused cops — these all show that people are ready to hold all levels of government accountable for the racism embedded in policing and in the justice system, and that we are talking about putting our money where our mouths are. 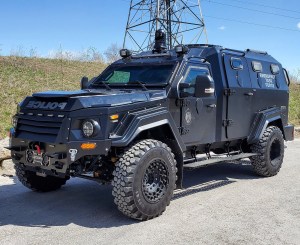 It is unconscionable in these times that incarcerated people, many of whom are the victims of the very systems thousands of people in Halifax are hitting the streets to protest, should be prevented from exercising the most basic right to vote. The city cannot continue to ban prisoners from voting while claiming that they are taking these issues seriously. Without action, taking the knee while injustice continues is purely performative.