You are here: Home / Featured / Prisoners say they were denied their constitutional right to vote 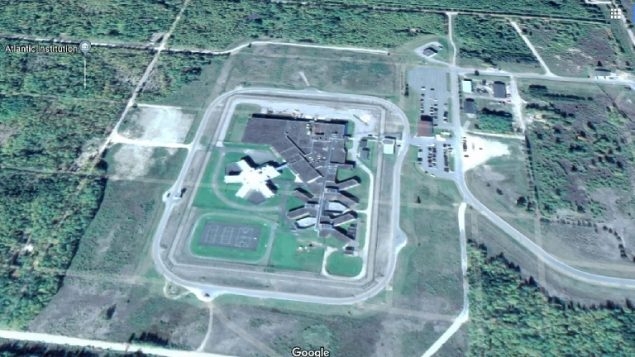 On Monday, Canadians voted in the federal election. Voting is a right for all Canadians, and this includes people who are incarcerated. Despite being able to vote, prisoners report that they experienced barriers to casting their ballot.

Prisoners in the Atlantic Institution, a federal men’s maximum security facility in Renous, New Brunswick allege that they were prevented from voting. They say that while some prisoners were able to vote, other prisoners were informed that due to their range being partially locked down (where prisoners are confined to their cells), they could not have access.

Corrections Canada has not responded to a request for comment.

Many Canadians are not aware that all prisoners have the right to vote. The Sauvé decision in 2002 established that prisoners could not be excluded from voting. After that decision, Elections Canada provided prisoners access to the vote, but the legislation that prevented incarcerated electors from voting was not actually removed until Bill C-76 was passed in 2018.

Matthew McKenna, a spokesperson for Elections Canada, confirmed in an interview with the Halifax Examiner that there are no restrictions on voting for prisoners. Prisoners cannot be prevented from voting for security reasons, nor because of confinement, lockdown, or any other status.

“Every Canadian has the right to vote except for the Chief Electoral Officer,” McKenna told the Examiner.

However, having the right to vote and having access to the vote are two very different things. Prisoners in the Atlantic Institution are not the first or only prisoners to report being prevented from voting.

Prisoners rely upon correctional staff to facilitate their vote, and if they are prevented from voting, they are faced with complaining to the staff who are responsible for their freedom. They fear retaliation from staff if they attempt to exercise their rights when they are barred from voting.

How exactly do prisoners vote anyway?

McKenna explains that all incarcerated people vote on the same day. Historically, that day was the Friday before Thanksgiving, but Elections Canada staff discovered problems with administering the vote on that day. Elections Canada staff co-ordinate with the staff at correctional facilities to facilitate the vote. Because voting day for prisoners took place before the long weekend, staff were often taking the day off, which led to problems with access. Another problem, McKenna says, is that once the vote has been taken they use courier services to get the ballots back to Ottawa. Since the courier services don’t work over the long weekend, this made collecting the vote more difficult.

This year, following a recommendation to parliament to change the voting day, voting for prisoners was moved to 12 days before the election.

Incarcerated people already face barriers to voting. Many people may not have access to information about how and when to vote. Prisoners may not know when the voting date is, or even be aware that they are able to vote. They may expect to vote on election night. Many prisoners are not aware that it is their right to vote, or that they can complain if they are prevented from doing so. Prisoners may not have access to media about the election, and they cannot go online to find out information or to register.

Along with these problems, McKenna says there are unique challenges for voting in the prisoner population.

Because prisoners, particularly those in federal prisons, may be serving time away from their communities, incarcerated people vote by special ballot. Rather than getting a ballot with the names of candidates, prisoners write in the name of the candidate they want to vote for. Because there are people from many different electoral districts in each institution, this process can be more complicated.

Staff are given a big book of all the candidates, and when someone goes to vote, the book is opened to the district the person is voting in so that they can see the list of candidates. Incarcerated people are registered at the same time as they vote.

All of this means that voting for prisoners is already challenging. Even when prisoners are not being prevented by the facility from voting, the difficulties of providing the vote mean that, practically, prisoners who can vote may not be participating.

Senator Kim Pate, a member of the Senate human rights committee, expressed her extreme concern about reports of the prisoner vote being suppressed:

I hope that Elections Canada is doing a thorough investigation and will sanction the Correctional Service of Canada if prisoners have been prevented from voting. Prisoner enfranchisement was hard won not by just one, but two court cases that had to be fought all the way to the Supreme Court of Canada. Concerns are raised every election. Correctional interference with the right to vote is a serious problem and I trust that it will be remedied.

Given the high rates of Indigenous and Black incarceration in Canada, denial of the prisoner vote also worryingly suppresses the vote of racialized populations. Indigenous people make up 5% of the population in Canada, yet 2016-2017 numbers show they represent 27% of the incarcerated population. Indigenous women make up nearly 40% of all federal facilities. Black people at 3% of the population are 8.6% of the federal prison population, a number that increased 90% between 2003 and 2013. These communities are already marginalized, and are most affected by and vulnerable to laws and policies passed by governments. It is troubling that they are being denied a say in the outcome of elections.

Correctional facilities frequently place “safety and security” above the rights of prisoners. In many cases, the security of the institution trumps other considerations: for example, prisoners can be locked down for long periods, denied access to visitors, prevented from attending programming, denied access to medication or health care, searched, involuntarily transferred, and placed into solitary confinement. However, security does not override the right to vote, and it is illegal to prevent prisoners from voting.

Prisoners are punished for not following the law; surely the institutions that house them should be held to similar standards.

It should be worrying to all Canadians when basic rights are denied to anybody. We go to the ballot box, we are told, to participate in the most important act of upholding our democracy. Preventing prisoners from exercising their right undermines the very thing we are told we are voting for: a free, fair, and democratic Canada.