You are here: Home / Featured / Postal workers are worried about their safety 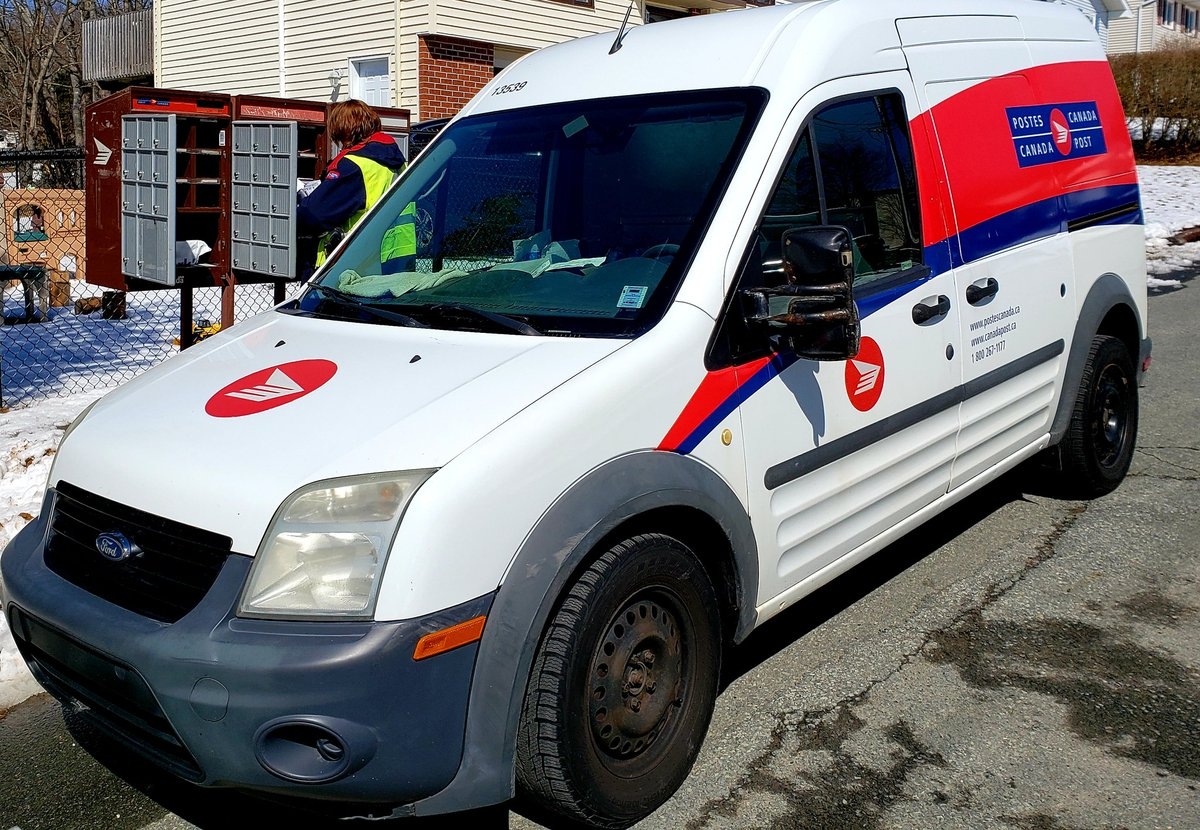 Postal workers in the province are fearful and expressing concerns that Canada Post isn’t doing enough to protect their safety as they continue working through this pandemic.

“There are people calling here crying. They have to go to work to get paid, but they’re worried about being exposed to the virus at work, worried that they’re going to bring this home to their family,” said Jim Gallant, a regional grievance officer for the Canadian Union of Postal Workers (CUPW) Atlantic Region.

“It’s not just about them. A lot of us in Nova Scotia have elderly parents, other people have people with different medical needs that put them at risk like heart problems, diabetes, things like that. There’s a lot of fear out there.”

Gallant said many postal workers in the province are concerned about not having continuous access to the necessary tools to do their jobs, including nitrile gloves or hand sanitizer. He said on Monday, there were no size small gloves left for workers who needed them in Sydney.

“On the hand sanitizer and on the gloves they say what everybody else is saying. ‘Oh we’ve ordered some.’ Well, that horse ran away,” he said. “But they did make us aware (Tuesday) that they got hand sanitizer from a distillery here in Nova Scotia, and they got a big order of gloves in. But how long that lasts, I don’t know.”

There are also concerns about the level of cleanliness, or lack thereof, at their two main plants on Almon Street in Halifax and in the Burnside Industrial Park.

“We’re an industrial warehouse. You’re dealing with paper and newsprint and all these things. The place gets filthy,” he explained.

Although they regularly complain to Canada Post about the need for a deep clean, Gallant said during this pandemic the need is far more urgent.

“It’s one thing when there’s dust around and people have asthma and different things like that, but when this is around and you can see dust that has been sitting there for a month or two months or 10 months, now what happens if COVID is on the floor,” he asked.

“And it’s not just on the floor. It’s on sortation cases. You can see the dust that’s been sitting there, and it’s not moving, so that’s the fear.”

Gallant said while Canada Post has assured them the deep cleaning of the warehouse will happen, it hasn’t yet.

In an emailed statement Wednesday morning, Canada Post acknowledged that there’s currently a limited supply of hand sanitizer in their Halifax facilities due to supply shortages. But they added that these items, including gloves, are still available for employees.

“We have also hired extra cleaning staff for each shift, who prioritize the cleaning and disinfecting of common touchpoints on a continuous basis throughout the day,” the statement continued.

“We know Canadians are counting on us and we will do everything we can to keep this country’s postal service operational, while ensuring we make the safety of our employees and our customers our first priority.”

As people hunker down in their homes, many with more time on their hands, online orders of a wide variety of items are keeping postal workers busy.

“The vast majority of the workers want to go to work and get their job done. It’s a matter of pride that we’re postal workers and we always deliver,” Gallant said.

“The snow, the sleet, the coronavirus. Whatever. We deliver parcels. People order things like their food through the mail and we bring it. That’s what we do. But we want to do it safely.”

Gallant said some employees are legitimately worried they’ve been exposed to COVID-19 due to customers not practicing social distancing and not abiding by required self-isolation.

“We’ve had people in Nova Scotia come in (to buy a stamp) and go, ‘I just got back from Cuba and I’m supposed to self-isolate and I  just dropped in to get my mail before I go home.’ And they’re coughing,” he said.

“The Prime Minister, when he’s telling people to go home and stay home and don’t stop for anything in between, he’s not being an alarmist at that point. We’ve told politicians this is what’s going on. People just aren’t listening.”

He said those retail employees have another concern.

“At this point there’s still no plexiglass up for sneeze guards or whatever…Most of the time you’re within that six feet that they’re telling you to stay apart,” he said.

Gallant said he did want to thank the vast majority of customers for their support. He encouraged people to help keep postal workers safe by maintaining an adequate distance from them as they deliver mail and parcels. Whether it’s at a community mailbox or in an apartment building lobby, he said people should remain at a distance of two metres or ideally more.

“Absolutely people can say hi or thank you or whatever, but not within at least that couple of metres,” he said.

“People want their mail. That’s fantastic. It’s our job. But you can’t tap your foot close enough to me basically that I can get sprayed from you.”

On Tuesday, Canada Post announced service changes that include reduced hours in post officers operated by the Crown corporation and a suspension of on-time guaranteed delivery.

They’ve also asked customers to pay using the “tap” function with debit or credit cards whenever possible, and will hold parcels left at the post office for longer than the normal 15-day period.

In an effort to eliminate customer interactions at the door and reduce the number of people physically going to post offices, they’ve implemented a knock, drop and go approach.

“This change eliminates the need for signatures at the door and greatly reduces the number of parcels sent to our post offices for pick-up,” Canada Post said in a media release on Tuesday.