You are here: Home / Featured / Portapique Cemetery: we won’t accept the body of the mass murderer 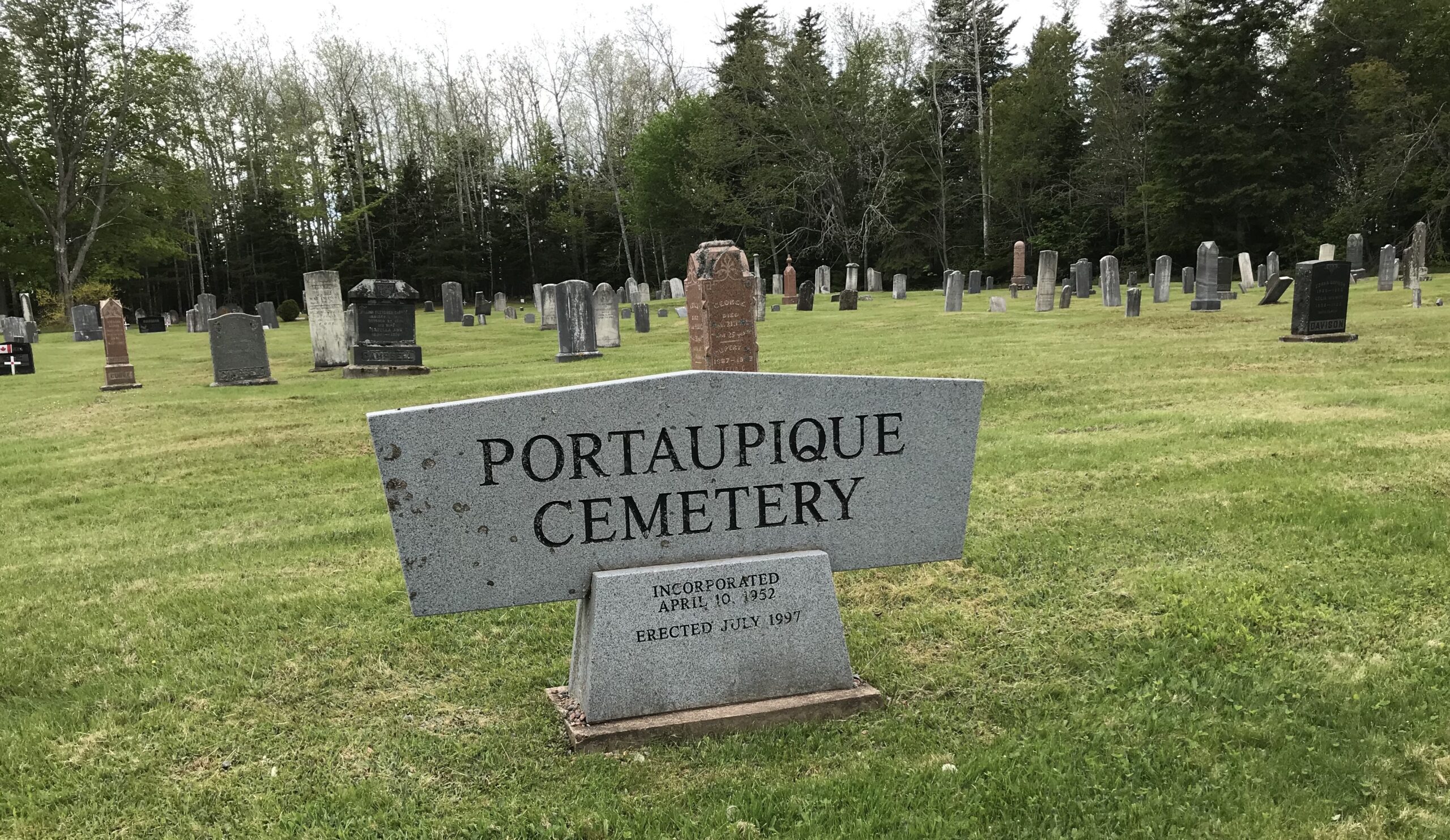 The Portapique Cemetery has been the final resting place for family members of the Davison, Knight, Fletcher, and Fulton clans and other Colchester County families for nearly 250 years. Mature trees surround the three-acre graveyard, which is a mix of modern markers and scarred, weathered stones dating back as far as the 1770s.

The historic cemetery was also the ideal next-door neighbour for a denturist from Dartmouth who had previously been involved in boundary disputes with his neighbours, was abusive to his common-law spouse, and stored illegal guns in his Portapique mansion.

On the night of April 18, the denturist whom The Examiner is referring to as GW, began a nearly 13-hour rampage that left 22 victims shot or burned to death. As he fled towards Halifax, GW was eventually shot and killed by police while he was gassing up in Enfield.

According to at least two acquaintances, GW intended to be buried in the Portapique Cemetery. But the locals who maintain it insist there is no room for a mass murderer who has brought shame and outrage to their area.

Donald K. Walker is an undertaker who operated seven funeral homes and employed 50 people when GW came to work for him in Dartmouth in the mid-1990s. GW had graduated from the funeral director’s program at the Community College in Kentville.

Walker says he didn’t know him well but remembers the reason GW left to become a denturist.

“He didn’t like embalming; that’s why he quit,” recalls Walker, who has since sold his funeral homes and now runs a cremation service. “Very weird, considering he had completed the training.” Walker told the Halifax Examiner he became reacquainted with GW over the past few years, when the denturist started referring clients to him for cremation services.

The funeral director says GW told him he owned a police car and that “the RCMP knew about it.” Walker insists GW “never mentioned anything about a gun and if he had, I would have been shocked. I thought he was a gentleman.”

All that remains today of the $600,000 home in Portapique the gunman burned to the ground are two stone pillars at the entrance to the treed lot with its panoramic view of the Bay of Fundy.

After the denturist was killed by police, Walker says he telephoned a man in his late 80s who looks after the Portapique Cemetery to find out if GW had purchased a plot. Walker says this man told him GW had not paid for one, but had met with him and discussed his intention to be buried, “in a crypt or a vault” in the graveyard beside his house.

“He’s not there; there’s no plot for him,” said the son of the man Donald Walker spoke with on the telephone. (The Examiner is not naming the Portapique-area family because of the father’s serious health issues.) The son was adamant no such burial would ever take place, regardless of what probate court documents may eventually reveal about GW’s will and instructions.

“He’s not there because we don’t want him there,” said the son, who is familiar with his father’s involvement and maintenance of the Cemetery. “We don’t want people down there digging him up and terrorizing us. My grandfather is buried there.”

The RCMP have told reporters an autopsy of GW’s body by the Medical Examiner could take at least six months. It also remains to be seen what legal issues could come into play regarding the Nova Scotia mass killer’s remains.

In the United States, for instance, Congress passed a law in 1997 which addressed the issue raised when the Oklahoma City Bomber — a veteran of the Gulf War — was executed. The law now forbids anyone convicted of a capital crime from being buried in a National Cemetery.

In many cases, family members of a murderer opt to have the body cremated, either with the ashes dispersed privately or buried in an unmarked grave, to avoid the possibility of an identified site being desecrated or attracting the morbidly curious.