You are here: Home / Featured / People are secretly plotting to lie to you about the stadium

Reportedly, last week the Maritime Football people delivered a “business case” for a stadium to City Hall. I’m presuming that councillors have seen that business case. I don’t know why the rest of us can’t see it, but that’s how this town rolls. It’s like that report on street checks: secrecy is demanded so that the politicians and bureaucrats can figure out a PR strategy before it’s released to the public.

[Update: city spokesperson Brendan Elliott says the city has not yet received the business case but is expecting it “in coming weeks. Following receipt of the proposal, municipal staff will need to assess it for several months before being in a position to present recommendations to Regional Council.”]

In any event, this is was a welcome tweet from councillor Waye Mason last night:

Evidently, Mason has looked at the business case for a stadium, and is calling bullshit.

The linked Bloomberg article is a succinct opinion piece written by Barry Ritholtz, a Wall Street financier and the author of Bailout Nation: How Greed and Easy Money Corrupted Wall Street and Shook the World Economy.

1. Competition: Sports and live music are incredibly successful and profitable businesses overall. These venues should be able to compete on their own for consumer dollars. If a venue can’t generate the needed revenue, that tells you that it is either poorly managed or not needed by the marketplace. In either case, the local tax base should not subsidize it.

2. Riches for the rich: Sports teams are extremely valuable properties. Why should nonowners subsidize businesses that can easily afford to build their own facilities? The taxpayer subsidies also distort the market calculus, destroying the signals that supply and demand are supposed to send. So not only do rich owners avoid the full cost of paying for their venues, but they also get all of the appreciation in the value of their teams. And by lowering the actual cost of operation, the subsidies make it much easier for rich owners to earn a profit.

3. Economic impact: The academics have looked at the data, 1  and there is little doubt: Stadiums add little or nothing to the local economy. It certainly isn’t worth giving away billions of dollars to these businesses. The return on investment for the public is nil. These wasteful subsidies have demonstrated little if any positive economic impact on the municipalities and states.

4. Priorities: Given the state of the nation’s infrastructure, one would imagine that there might be projects with higher priority for taxpayer dollars. Bridges are collapsing, tunnels are on the verge of failure, highways are not being properly maintained, rail lines are obsolete, the electrical grid is an antiquated patchwork and our ports are still vulnerable to terrorist attacks. This is before we even consider making our transportation system smart and capable of handling self-driving cars — or even just more efficient at traffic management.

That footnote in #3 is fun:

I could potentially be persuaded by an argument contrary to Ritholtz’s first point (it’s complicated), and as for #4, talk of terrorist attacks is alarmist and self-driving cars are a fantasy that won’t materialize in a meaningful way in my lifetime. But the larger argument is persuasive: we’ve got a lot of important public projects that are either delayed or never considered in the first place for lack of money, and here a stadium jumps to the top of the list.

Stadium backers are now devising their PR strategy to sell public financing of a stadium to the little people. The first step will be to try to convince us that it isn’t really public financing, and they’ll use a lot of confusing and downright false arguments about tax increment financing and economic impacts and multipliers and blah blah blah with the hope that people’s eyes will glaze over.

But make no mistake: the plan is to get taxpayers to pay for the stadium so that Anthony Leblanc can make tons of money. They’ll try to distort that simple truth, and they will be lying to you.

“The provincial government remains ‘committed’ to moving a Nova Scotia high-speed ferry port in the United States from Portland, Maine to Bar Harbor, Maine in time for the 2019 sailing season,” reports Alexander Quon for Global:

Now the service is left without a home as negotiations between Bay Ferries Ltd., the Town of Bar Harbor and the United States Customs and Border Protection (CBP) drag on.

A letter written by Matthew Hladik, the CBP director for the area, addressed to the Bar Harbor Town Council and dated Dec. 11, details at least some of the concerns the border service has.

As a result, the customs agency is asking Bay Ferries to enter into an agreement that would see them foot the bill for refurbishing the terminal, as well as the salaries of the five to seven new employees.

CBP is also asking Bay Ferries to cover costs associated with bringing the vacant ferry terminal up to their standards.

No one is saying how much all of this will cost. 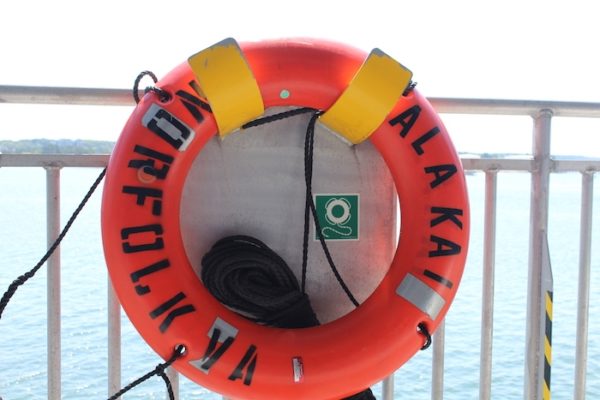 If you’re wondering, the boat — which, despite being called “the Cat” by Bay Ferries and having plied the Gulf of Maine for three years, still officially wears the Hawaiian name Alakai and lists its home port as Norfolk — is now tied up at a dock in Charleston, South Carolina, doing pretty much nothing, as far as I can tell.

The Alakai left Yarmouth on October 14 and arrived in Charleston two days later, docking at Detyens Shipyards. It hasn’t moved since.

Remember all the hand-wringing about finding winter work for the old Nova Star?

(Incidentally, the Nova Star is now happily plying the Baltic Sea, ferrying people and vehicles between Nynäshamn, Sweeden and Gdansk, Poland. The boat has been painted a spiffy white and bears the logo of its new operator, PolFerries. The crossing takes about 19 hours. A round-trip ticket for up to four people and a car, which includes a cabin berth “without a window” costs 3900 Swedish Kronas in the low season and 4760 Kronas in the high season, or about $548 to $706 Canadian.)

Winter work apparently isn’t a concern for the Alakai, although the question did come up at a March 20, 2016 meeting of the legislature’s Public Accounts committee. A snippet from the Hansard record, which included MLA Tim Houston; Paul LaFleche, the deputy minister at Transportation and Infrastructure Renewal; and Diane Saurette, a finance person at TIR:

MR. HOUSTON: Well then we have a longer discussion to have. You have a four- year lease on a boat [the Alakai]. You have no control over whether that lease is renewed after four years.

I want to move on and talk about winter work.

MR. HOUSTON: If this summer run loses $15 million and Bay Ferries secures winter work for this vessel and gets a route where they make $20 million, does any of that $20 million benefit the taxpayers of this province?

MS. SAURETTE: Can you just clarify what you mean when you say “loses $15 million”?

MR. HOUSTON: When I read the contract, the ferry service that we’re subsidizing, it is very clearly defined as a seasonal service to be operated between Yarmouth and Portland. That’s what we’re subsidizing. So is it the position of the department that there is another clause that somehow lets us claw back that subsidy should there be winter work? If so, can you point that out to me in the contract?

MR. LAFLECHE: We’ll have the lawyer figure it out and get back. There would be a negotiation.

MR. LAFLECHE: The next thing I want to address is this issue of the winter work. In the Nova Star situation, they actually proposed to us that we would subsidize ferry runs for other countries. In fact there were people out there who thought we should do that, which was crazy. We were going to lose lots of money subsidizing.

They never found any winter work, it was all hilarious. In fact we phoned the ports, they were supposed to have . . .

MR. CHAIRMAN: Order, I do apologize, we’ve run out of time there.

So no one is talking about winter work any more.

4. Yet another taxi driver charged with sexual assault

Police have charged a taxi driver with sexual assault in relation to an incident that occurred last year in Halifax.

At approximately 4:25 a.m. on September 17, 2018 police responded to a report of a sexual assault that occurred shortly after 2 a.m. in Halifax. A taxi driver drove two female passengers to a residence in Halifax and sexually assaulted one of the passengers, a woman in her twenties, while she was in the vehicle.

To protect the identity of the victim, we are not releasing the address where the sexual assault occurred.

As a result of the investigation, investigators from the Sexual Assault Investigation Team arrested the taxi driver on November 27 at 1975 Gottingen Street in Halifax without incident at approximately 1 p.m.

Seventy-four-year-old Seyed Abolghasem Sadat Lavasani Bozor of Halifax was charged with sexual assault and was scheduled to appear in Halifax Provincial Court today.

Audit and Finance Standing Committee (Wednesday, 10am, City Hall) — nothing terribly interesting on the agenda, but these are the sort of meetings where they add wild shit at the last minute because they think no one is watching. 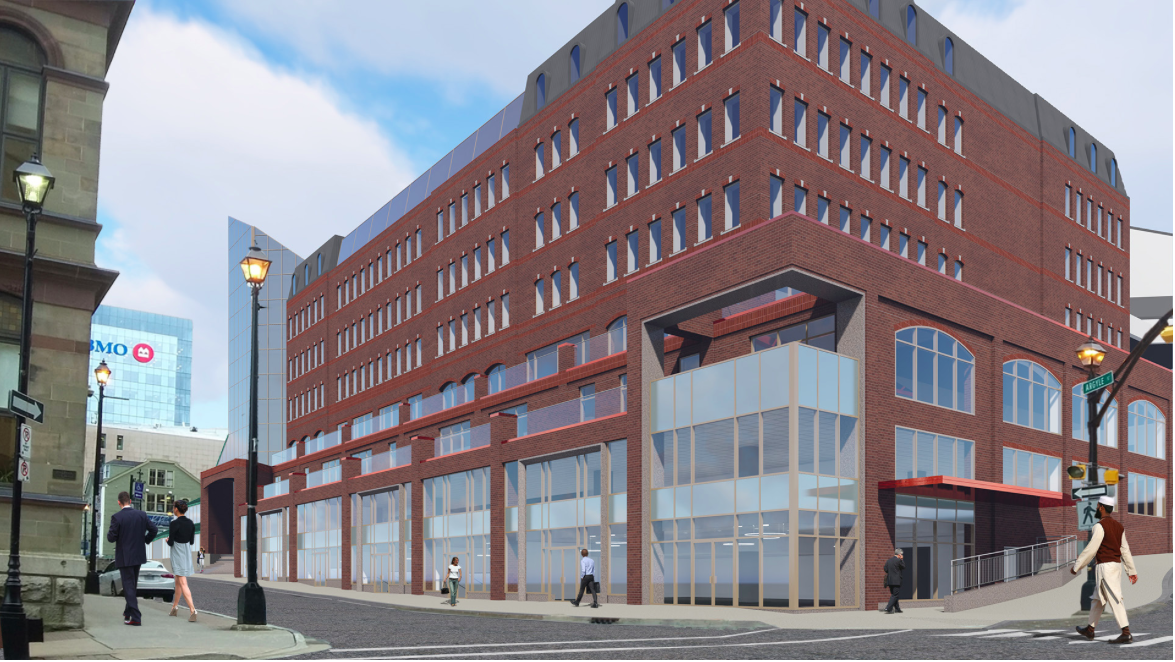 The redesign exactly matches the ugliness of the original.

Design Review Committee (Thursday, 4:30pm, City Hall) — the committee members will take out their brand new giant rubber stamps, ink them up like nobody’s business, and happily pound the fuck out of their approval of that George Armoyan design for the old convention centre. In their post-stamping orgasmic delirium, they’ll smoke cigarettes old-school style, look each other in the eyes, think of the moment, and sigh. 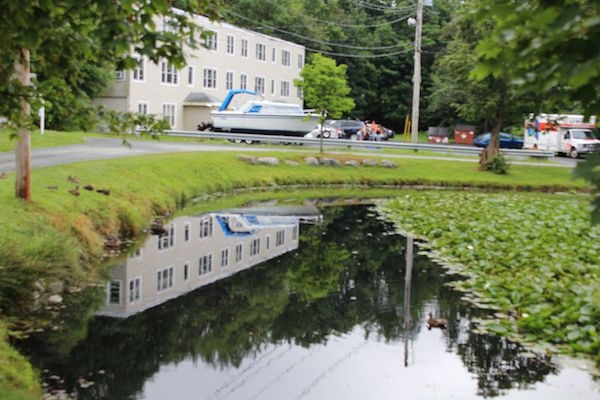 Harbour East – Marine Drive Community Council (Thursday, 6pm, HEMDCC Meeting Space, Alderney Gate) — the committee will approve some changes to that development across from the secret duck pond on Linden Lea in Dartmouth.

Public Accounts (Wednesday, 9am, Province House) — because the McNeil government doesn’t want the opposition to ask untoward questions, all the committee does anymore is look at the Auditor General’s reports. Ho-hum. This week, that means questions about the May 2018 report on Grant Programs. 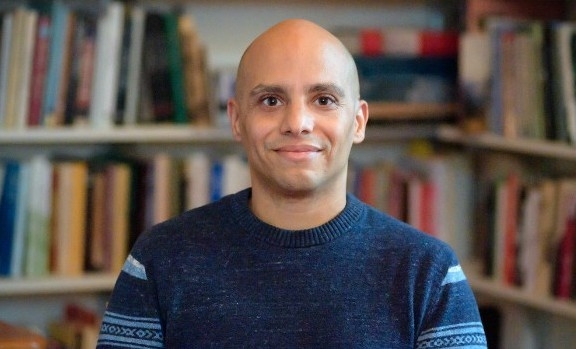 Dr. Whitfield will present several short biographies of Black slaves in the Maritimes, building on his current book project Biographical Sketches of Black Slaves in Atlantic Canada, which documents the lives of 1,300 enslaved Black people. While the focus of the lecture will be individual slave experiences, Dr. Whitfield will also cover the broader context of regional slavery, including the details of slave work, slave families, and slave-related court cases.