You are here: Home / Featured / Pay no attention to that man behind the curtain: Morning File, Wednesday, August 27, 2014 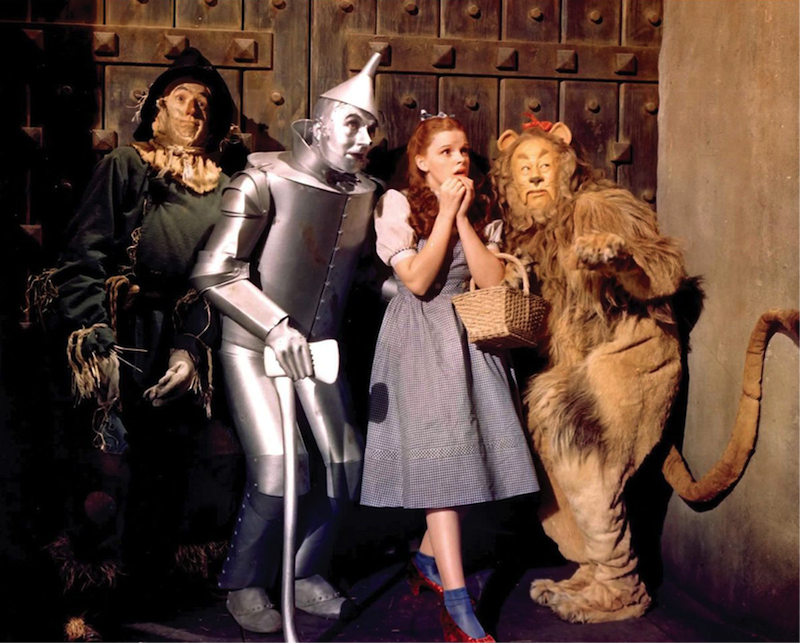 1. Pay no attention to that man behind the curtain

Peter MacKay says there’s nothing wrong with his former employee Peter Van Praagh being named project manager for the Halifax Security Forum. Van Praagh’s employment is a stipulation of the $9.96-million contract, reports the Chronicle Herald.

2. Stephen McNeil is going to China

While in Shanghai, he will meet with representatives of the port and DongDu International Group Limited, which is investing in real-estate development in Nova Scotia. The premier will also meet with Paper Excellence, owners of the Northern Pulp mill in Pictou County, to reiterate the provincial government’s position on cleaning up emissions from the site.

An “ancient and irreplaceable” cross was stolen from the University of King’s College chapel.

I’ll leave the political issues to others to discuss, but every time I go to Canadian Tire and need some help, I can only track down some doofus teenager who doesn’t know a bolt from a nut. I hope that kid isn’t in charge of the firearms.

A man has filed a complaint saying that he was victimized for three years, ending last December. Natasha Renee Dantiste, a constable with the Cole Harbour RCMP detachment, has been charged with assault and uttering a threat, says CBC. 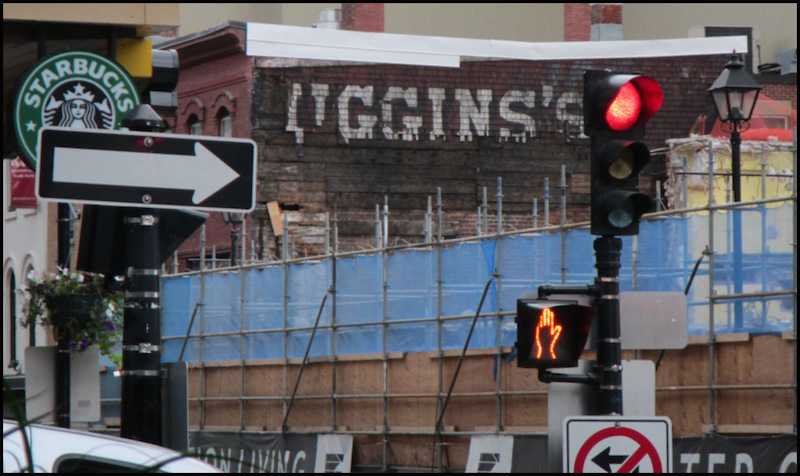 As the Roy Building was being torn down, Peter Ziobrowski noticed that the old building sign pictured above had been revealed after many decades. Stephen Archibald went and had a look; he writes:

What a remarkable little find from the end of the century before last. It appears to have been cleaned up a bit since the discovery and you can see the shingles were painted a popular red ochre colour that worked well with coal soot.

I continued to have a good view while having a glass of white in Obladee Wine Bar. The old sign held its own in the visual assault of contemporary signs and symbols.

Archibald used the occasion as excuse to pull out his old photos of similar building signs downtown, now all gone.

Inge De Becker, a Nova Scotian doctor now working in the US, writes an op-ed in the Chronicle Herald saying we should resist efforts to bring privatization to the Canadian system.

She’s absolutely correct. I grew up in the US, and actually had socialized health care as a child because my father was in the military. But as an adult, health insurance was dependent upon what jobs I had. Some employers provided it, others didn’t. In the down time between jobs, or when I was self-employed as a freelancer, it was cross my fingers and hope for the best.

When I moved to Canada, the very first thing I noticed was the effect the socialized health insurance system had on society, in comparison to that of the US’s non-system. I was always told that the US was far wealthier than Canada, and here I was living in one of the poorest provinces in Canada, but the poor neighbourhoods here don’t have the feel of desperation found in the poor neighbourhoods in the US. That makes a big difference in terms of social discord. In all neighbourhoods, parents in Canada can access decent care for their children. Old people don’t lose their homes due to increasing health costs. Working people don’t have to stay in dead end jobs because that’s the only way to provide insurance for their families. People don’t automatically find their lives destroyed because of a cataclysmic illness or injury. This is what civilization looks like.

It’s good that the US is taking baby steps towards rationalizing its health care system, but Obamacare is light years behind the Canadian system. Canadians should cherish their system, and protect it from privatization.

3. Anything to fill my hotel rooms

The guy who manages the Westin really likes it that the federal government spends a gazillion dollars so the Halifax International Security Forum can be hosted in Halifax and bazillionaires can stay in his hotel and drink at the hotel bar. In other news, hotel operators are pleased that the city of Halifax will fall off the fiscal cliff by funding the convention centre if it means that just one more hotel room is rented, and what’s $300 million+ in taxpayer money if an Argyle Street bar can sell one more cocktail a night? Priorities, people.

Human Resources Committee (10am, Room 233A, Johnston Building)—the committee will review agency, board, and commission appointments.

The Art and Ease of Fermentation with Sandor Katz (7pm, Scotiabank Auditorium, McCain Building)—Katz, aka Sandorkraut, is the author of “Wild Fermentation,” “The Revolution Will Not Be Microwaved,” and “The Art of Fermentation. He’ll talk about artisanal fermentation. It’s 10 bucks suggested donation, which is worth it, just to see his facial hair. 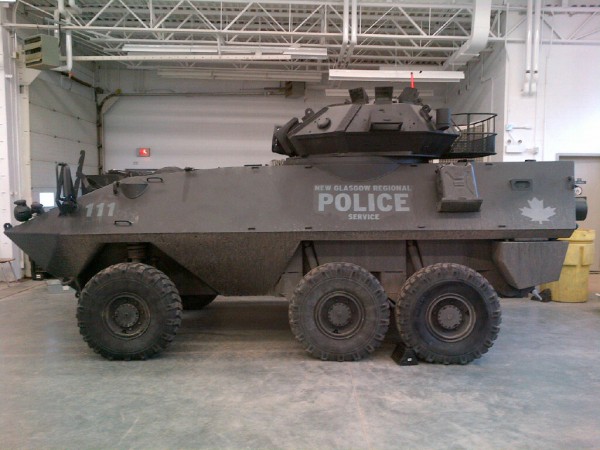 The New Glasgow police department has acquired this Cougar armoured vehicle from the Canadian forces, because you never know, those Clean The Mill people might take hostages.

The city is getting ready to permanently “re-expose” the Shubenacadie Canal’s inclined plane and the Starr Manufacturing site in downtown Dartmouth. In 2007 some exploratory work was done at the site, and the structures pictured below were discovered and then covered with gravel and soil for future excavation. The future is now: a tender offer has been issued, looking for a firm to expose what was discovered in 2007, and to see what else might be down there. 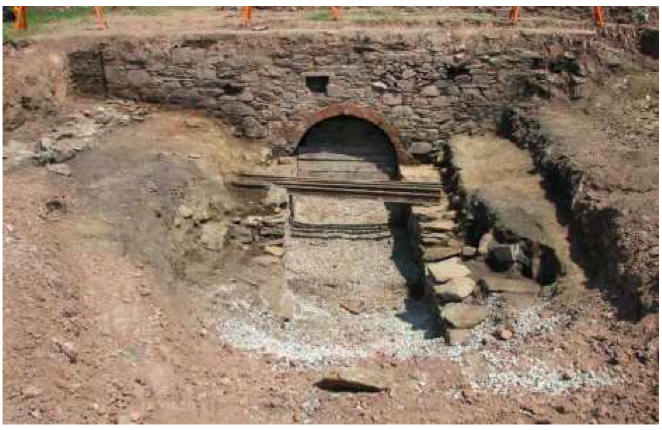 Part of the tailrace at the Shubenacadie Canal /Starr Manufacturing site. 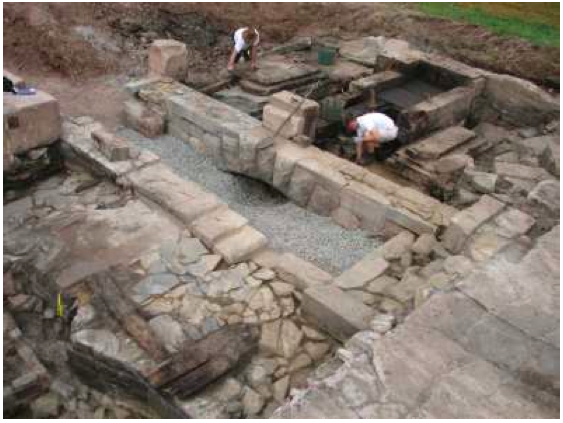 The powerhouse foundation. In the centre of the photo you can see the top of an archway, now filled with gravel, that leads to an underground tubing chamber.

The city has placed an order for 190 street trees to be planted this fall.