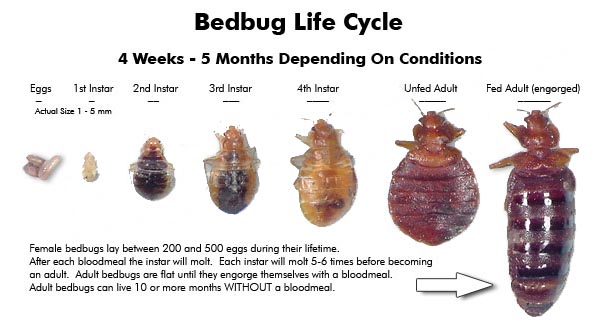 1. Sipekne’katik to develop in Hammonds Plains

The native band is going to develop its 54 hectares at Wallace Hills. Something like 50,000 hectares have been bulldozed over for development of ticky tacky McMansions through Kingswood, Voyageur Lakes, and the sprawling Pockwock Road corridor, but this development is the first to irk area councillor Matt Whitman. Go figure.

Ingrid Dunsworth, the Cake Lady at the Farmers Market, so impressed Charles and Camilla with her gingerbread heart and gluten-free chocolate hazelnut cake that the couple are flying Dunsworth to their country estate for the weekend. Well, to be technical, the British taxpayers are flying Dunsworth over, because having cut the dole and reduced public sector pay, the taxpayers are just rolling in money for such extravagancies.

The cops have busted a grow op on Big Tancook Island, and arrested a 57-year-old man. Now that marijuana use has been ended for all time, police can put their limited resources into other efforts.

It’s not exactly news, but Ocean Towers has bed bugs.

There is no questioning — no even mentioning — decades of boardroom decisions to keep cutting back front-line service workers while exponentially increasing pay packages for front-office executives, whose bonuses are at least partly a corporate thank you for their shareholder-pleasing service cuts.

Rachel Brighton discusses an overlooked point in the My Play issue:

Muddying the waters is a legal action by a gaming company in Nevada against Techlink, the Atlantic Lottery Corporation, and the Nova Scotia Provincial Lotteries and Casino Corporation (formerly the Nova Scotia Gaming Corporation). Safe Gaming System Inc. alleges the parties have infringed its patent for a responsible gaming system.

Brighton goes on to imply that the government should take some unspecified action to help problem gamblers.

As with suicide, means reduction is probably an effective way to prevent at least some gamblers from becoming problem gamblers. Government could and arguably should get out of the gambling business entirely; with VLTs gone, probably some small number of problem gamblers would have no others means to gamble, but the rest would find other ways, either “grey machines” or the internet. And that would mean a huge reduction in government revenues. (Suicide isn’t a perfect analogy, for a lot of reasons, but primarily because suicidal ideation is very often a one-time or temporary state of mind—take away the means of suicide right now and the suicidal person will likely go on to live a long and fruitful life—while gambling addiction appears to be a lifelong affliction.)

There are harm reduction techniques for problem gamblers, but the My Play situation shows that the government can’t successfully impose them. There’s just no good government answer to this problem, beyond education, I think. It’s left to friends and family to intervene, when necessary.

Tim Olive cites the Ivany Report to support whatever opinion it is he’s pushing.

I see a group of people sitting in a boat, happily waving, taking pictures on the way, not knowing that this boat is floating right into a powerful and deadly waterfall. It is still time to pull out  of the stream. We might lose some boat equipment but we might be able to save the people in the boat. But no one acts.Time is running out.

I used to think I was paranoid, but it’s true. She’s slipping away from us. She’s been showing signs of acute illness for quite a while, but no one has really done anything. Her increased erratic behaviour is something I’ve especially noticed. Certain behaviours that were only rare occurrences are starting to occur more often, and with heightened anger. I’ve tried to highlight these changes time and time again, as well as their speed of increase, but no one has paid attention.It almost seems everyone has been ignoring me completely, and I’m not sure why. Is it easier to pretend there’s no illness, hoping it will go away? Or because they’ve never had to live without her, so the thought of death is impossible? perhaps they cannot see they’ve done this to her. We all have.

It’s sad when a society like ours can’t see further than its bank balance and stumbles blindly into a future when children won’t be able to enjoy the flowing rivers, mountain snow, coloured birds and bush animals. Don’t we have any responsibility for other creatures, forests and rivers? I’m rather ashamed of our behaviour.

I usually roll my eyes when I hear reporters ask interviewees “how do you feel?” Seriously, listen to the CBC for a day and count how many times the “how do you feel?” question is asked. How do I feel? Like I’m being manipulated to get a cheap emotional response for a 10-second radio clip while you ignore more substantive analysis, that’s how I feel.

Still, I’m liking the question when it’s aced by Joe Duggan, a master’s student in science communication at the Australian National University’s Centre for the Public Awareness of Science.  Via his website, Is This How You Feel?, Duggan asked people to send him hand-written letters about their feelings about climate change. Besides plenty from regular people, he also received letters from climate scientists themselves, including those quoted above. Those letters lift the professional veil that scientists normally wear to present their work. It’s a remarkable glimpse into their fright.

I’ll be on The Rick Howe Show at 10am this morning, discussing the $45 NSF Fee Centre.