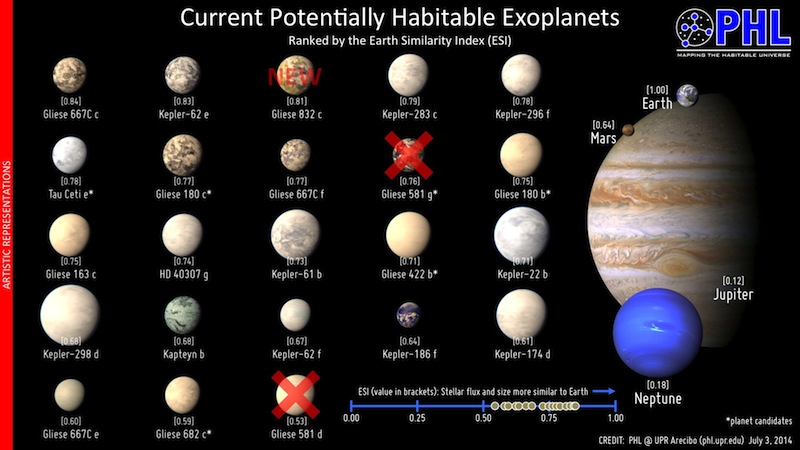 The Chronicle Herald reports that mill emissions have become unbearable for residents of Pictou this year, and no technical solution will be implemented until May. And while Environment Minister concedes the mill is malfunctioning, “he has no intention of forcing it to shut down despite public complaints about the emissions coming from the mill,” reports the CBC.

Gus Reed, of the James McGregor Stewart Society, is very publicly calling out Larry Swinamar, owner of the Hydrostone Market, because the market is entirely inaccessible to people who use wheelchairs. 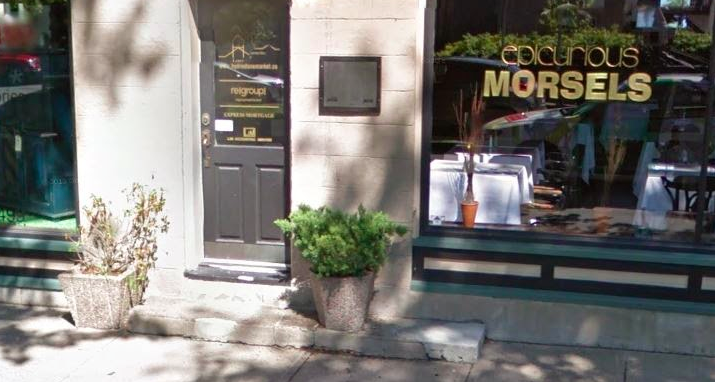 Reed points out that his taxes in part pay for public services enjoyed by the Hydrostone Market—police and fire protection, snow plowing, bus service, etc., but that he can make no use of the market. “Please don’t patronize this or any other place that shamefully discriminates against your fellow citizens,” writes Reed, and asks people to sign his petition, which reads simply: “We call on Larex Properties to make Hydrostone Market Accessible. Including accessible washrooms!”

4. Is Ebola the new swine flu?

Not to diminish the real plight in western Africa, but there’s really not much of a chance anyone in North America is at risk. Still, undoubtedly it won’t be long before we start telling kids playing soccer not to shake hands after their games, and we’ll double down on the pointless antibacterial wipes.

And he’s got videos of them, which he’s posted on Facebook.

Rickshaws are unregulated in Halifax. One company owner tells the Chronicle Herald that he insures and trains his drivers, but an independent driver named Joe Miller was uninsured, and his passenger, Ashley Shaw, was badly injured last month.

Due to high bacterial levels.

8. The animals among us.

1. Chronicle Herald gets worked up about ferry, but not convention centre

Sure, $21 million, or even $30 million, for the Yarmouth ferry is real money, but come on, the owners and execs of the Herald signed onto spending $300 million for a convention centre based on bogus numbers, so while their ferry concern is deeply noted, I’ll ignore it. And, you know, some order of magnitude comparisons are warranted here: the Ship of Theseus rebuild is now costing somewhere around $24 million, more or less in the ballpark of the Yarmouth ferry costs.

2. Speaking of the Yarmouth ferry…

The Local Travellers take the boat.

Environment & Sustainability Committee (1pm, City Hall)—The ambitious Environmental Goals and Sustainable Prosperity Act, passed in 2007, laid out a dozen targets related to environmental standards, one of which was “the solid-waste disposal rate will be no greater than three hundred kilograms per person per year by the year 2015 through measures that include the development of new programs and product stewardship regulations.” Here we are in 2014, one year away from the 2015 target date, and the per person waste dispel rate in Halifax is 396 kilograms per person—over 30 percent above the target.

The province insists the city meet the target, but the city bureaucracy is resisting. Reads a staff report:

HRM waste characteristic data identifies 60,294 tonnes of waste currently delivered to landfill as being recyclable or compostable materials targeted for diversion. To reach the 300kg target, HRM would have to divert 65% of this material. This is material that should have been separated at source by the residents and commercial sector generators.

To increase diversion, staffing resources would need to increase to support additional educational and compliance program initiatives to enhance diversion. Based on current diversion data, for every 1,300 tonnes diverted, an investment in 1 Diversion Planning Officer (DPO) is required. The diversion of an additional 39,300 tonnes equates to 30 FTE DPOs. This staffing cost is estimated at an additional $2,070,000/year. Currently, HRM is contemplating hiring an additional 3 staff at a cost of $207,000 per year. Barring other legislative changes, and or program changes, with the three additional staff, and existing staff numbers, achievement of the 300 kg/capita target will take ten years to complete.

We’re missing the target largely because of waste from commercial operations. The staff report contains this chart: 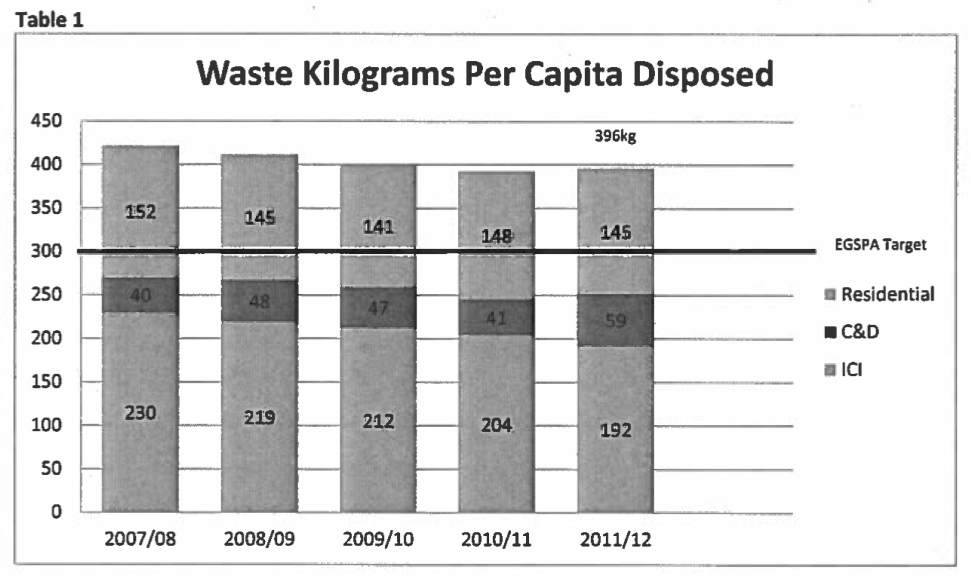 The chart shows that about half of the waste comes from “ICI”—industrial and commercial operations, which have private waste collection. The “C&D” is construction and demolition waste, which is increasing due to the over-heated real estate market.

Were the city to actually meet the target, says staff, we’d need to divert 39,300 tonnes of waste annually, at an additional cost of $1.4 million a year.

The city has already missed a July 10 deadline to submit a “framework” for meeting the 300kg target, and so will vote to ask the province to extend the deadline to November.

In an alternate universe, I sit at my desk all day, pop amphetamines, and bang out science fiction stories on an Underwood typewriter for pulp magazines, for five cents a word. To do so, I need a working knowledge of the various worlds upon which I set my stories, and so I regularly peruse the Planetary Habitability Laboratory website, which shows me all the extra-solar planets that have so far been discovered. As of this morning, 1,811 exoplanets have been confirmed, but scientists think they have leads on another 4,254 others. Of those, exactly 100 are deemed “habitable,” meaning they could support some sort of life, maybe. Of those 100, just one is confirmed to be the size of the Earth, and this, incidentally, is Doppelgänger, the subject of the 1969 documentary Journey to the Far Side of the Sun, where Roy Thinnes gets confused about which side of the door the light switch is on, and can read in mirror image. It’s a really great planet.