You are here: Home / Featured / One person dead after ‘heavy fire’ at an outdoor structure in Bayers Lake 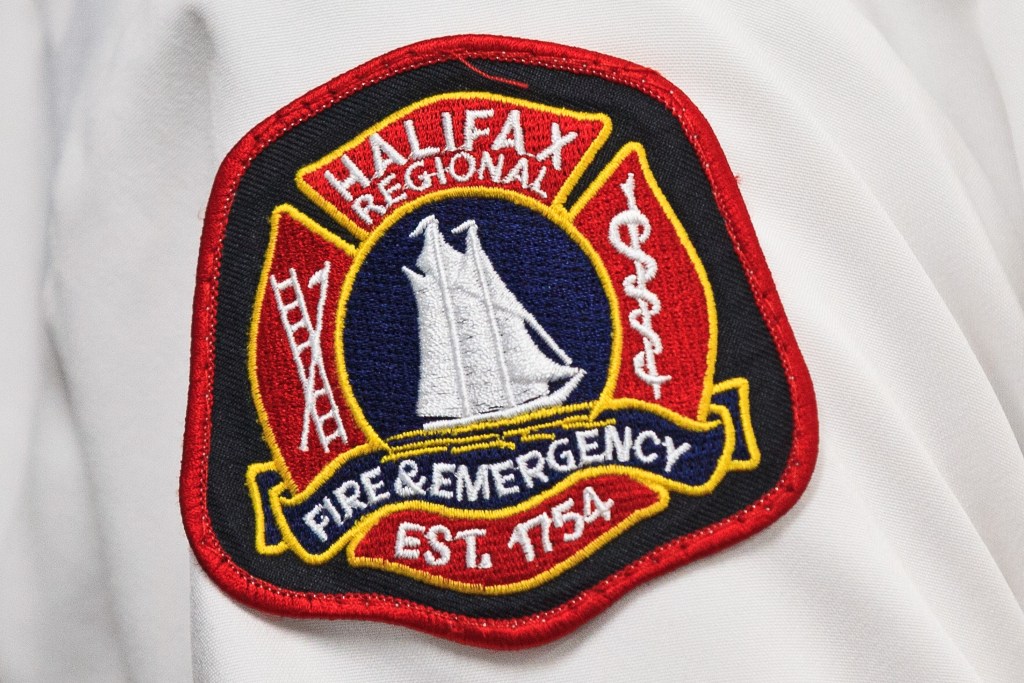 The Halifax Regional Fire and Emergency logo is seen on a uniform in 2019. — Photo: Zane Woodford

One person is dead after a fire at a structure in a wooded area in Bayers Lake.

Halifax Regional Fire and Emergency was called to 120 Susie Lake Cres. in Bayers Lake at about 11:30pm on Friday, Sept. 24.

Deputy Chief Roy Hollett said there was a “heavy fire” as the crew got to the scene. The firefighters extinguished the fire and found a body, so they notified the police.

Halifax Regional Police spokesperson Const. John MacLeod said the police responded at 11:55pm, “to a call of human remains found at the scene of a fire in a wooded area in the 100 block of Susie Lake Crescent in Halifax.”

MacLeod said in an email that the death isn’t considered suspicious, but the Medical Examiner’s Office hasn’t completed its investigation.

“It wouldn’t be appropriate to provide any details regarding the deceased until the Medical Examiner has concluded their investigation and identified the deceased,” MacLeod said.

There was one structure about 100 metres behind the building at 120 Susie Lake Cres., Hollett said, and it was eight feet wide, eight feet deep, and eight feet tall. The structure had four walls, a roof and a door.

“And there was no power, no water, no utilities connected to the structure,” Hollett said in an interview.

Hollett said firefighters were told the structure had been there for “a number of years.”

There was too much debris inside the structure to quickly identify the area of origin or the cause of the fire, Hollett said, and the fire marshal’s office is involved in the investigation due to the fatality.