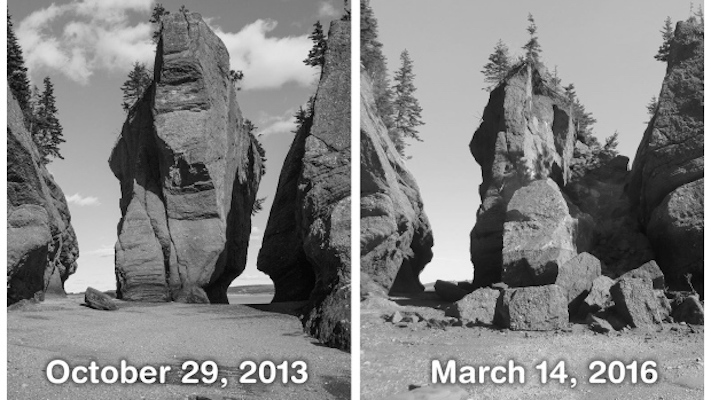 A spokesman for New Brunswick’s Hopewell Rocks provincial park says a large section of the flowerpot rock known as “the Elephant” caved in Monday morning.

The rock is one of 17 such formations on the Hopewell Rocks shoreline and is best known for its depiction on New Brunswick’s Medicare card.

There are bees in Dartmouth:

How slow of a news day is it? A bylaw dispute in Dartmouth is front page news.

Russell Laight got his dead buddy Simon Darby’s ashes back. Laight, you’ll recall, is the man who spent six days in jail because Darby’s ashes falsely tested positive for drugs.

Darby’s remains will be spread in an unnamed park. 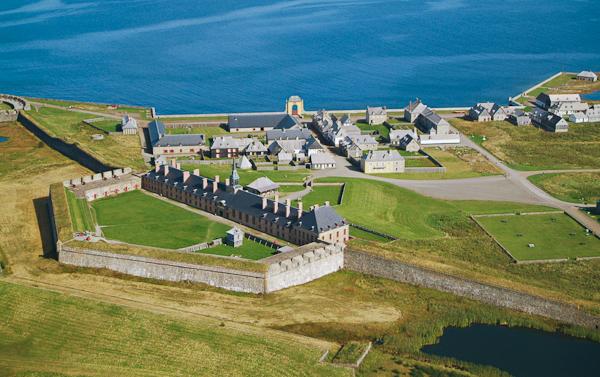 “A Fall River woman says there are no sour grapes over not landing a job she applied for in Louisbourg, but she claims there was a lack of ethics in the process,” reports the Cape Breton Post:

Karen Jacobs, formerly of Louisbourg, said Mitch McNutt — one of a team of three who interviewed her for the position of executive director for Destination Louisbourg — ended up getting the job.

“When I found out it was him I was flabbergasted,” she said. “I couldn’t understand how they could conduct such a process. Even if he was a preferred candidate, why they would set the process up for failure in that fashion? Did they not think people would take issues with him being an interviewer and then getting the position?” 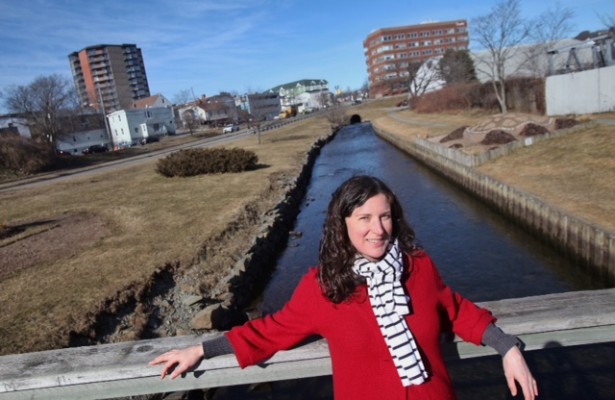 Jocelyne Rankin, water co-ordinator at the Ecology Action Centre, stands in front of the Sawmill River after it exits an underground culvert (seen in the distance) and flows in a channel to Dartmouth Cove. Photo: Tim Krochak / Local Xpress

Paul Schneidereit, writing in Local Xpress, gives an overview of the issues related to the possible daylighting of Sawmill River. 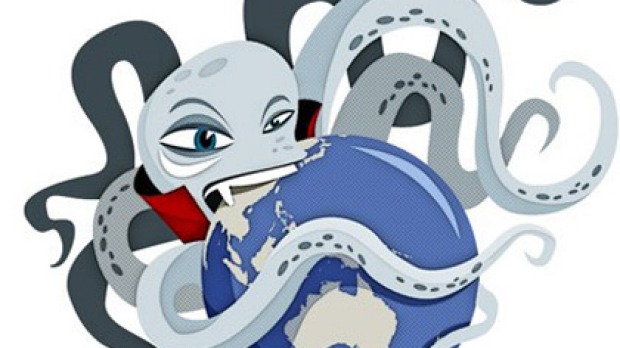 Scott Adamson, author of today’s cranky letter of the day (below), draws our attention to the “We Choose Now” report published by One Nova Scotia. And oh boy.

The “We Choose Now” report should put to rest any doubt that the Ivany Report and all the subsequent mechanizations of the Liberal government are a coordinated plot to turn Nova Scotia into a feeding ground for the 1%. Adamson is right to zero in on the suggestion for “social impact bonds.” From the report:

A Social Impact Bond (SIB) is a financial instrument whose return to the investor depends on the extent to which a specified social policy outcome is met or exceeded. Private investors provide funds for a particular project or program that is intended to achieve certain measurable targets (see example below). Service delivery organizations use the funds provided by the SIB to undertake interventions to achieve the target outcomes. An independent evaluator measures the impact and the investor is rewarded according to a formula related to target achievement. The SIB mechanism can encourage innovative approaches to many kinds of social programming and shifts risk from the public sector to investors while rewarding success.

SIBs are being used in some jurisdictions in the context of early years programming. For example, in Utah’s “High Quality Preschool Program,” the investment bank, Goldman Sachs in 2013 partnered with J.B. Pritzker and the United Way of Salt Lake City to create a Social Impact Bond to provide targeted education to over 3,500 at-risk three-and four-year old children over a five-year period. With an objective to improve the school readiness and academic performance of these at-risk children, the program is evaluated according to the extent to which it can decrease their use of special education and remedial services. For every graduate of the Utah High Quality Preschool Program that does not require special education or remedial services, payments are made to investors at a rate equal to 95 per cent of the costs that are avoided as a result of the child not using these programs (Goldman Sachs, 2015).

Where to start? We’re going to base our economy on Utah? Do we guys have to all start wearing funny underwear and find sister wives? About that High Quality Preschool Program:

The big problem, researchers say, is that even well-funded preschool programs — and the Utah program was not well funded — have been found to reduce the number of students needing special education by, at most, 50 percent. Most programs yield a reduction of closer to 10 or 20 percent.

The program’s unusual success — and the payments to Goldman that were in direct proportion to that success — were based on what researchers say was a faulty assumption that many of the children in the program would have needed special education without the preschool, despite there being little evidence or previous research to indicate that this was the case.

The first thing you need to know about Goldman Sachs is that it’s everywhere. The world’s most powerful investment bank is a great vampire squid wrapped around the face of humanity, relentlessly jamming its blood funnel into anything that smells like money.

In the Utah set-up, Goldman Sachs gets paid when a child doesn’t get referred to more specialized help. That’s a recipe for disaster — the incentives are exactly backwards.

Contrary to the neoliberal agenda, we don’t need to financialize everything. It’s possible to run decent schools and identify children who need help without giving Wall Street a slice of the action. We, right here, should “accept the risk” because those “risks” are our children and our responsibility. Bringing the banks into the equation guarantees that our children’s interests will not be first.

Utah, however, is not the only celebrated jurisdiction in the “We Choose Now” report. There’s also Iceland:

Iceland is a volcanic sphere in the middle of the North Atlantic with a population (330,000) less than that of metro Halifax. Its nearest neighbour, Greenland, is 1,200 kilometres away by air. Iceland’s economy was traditionally based on the cod fishery, and it still produces among the highest quality cod products in the world. In a bid to diversify, the country established itself as a financial centre in the early 2000s and was then hit particularly hard in the global financial crisis of 2008, falling into severe recession. But it found a way to bounce back, and now has an exceptionally vibrant economy thanks to a boom in tourism and a thriving group of small technology-based companies.

Iceland has maintained an enviable social system in the Nordic model and ranks 13th in the world on the UN’s Human Development Index. It is again among the world’s most affluent countries with a per capita GDP of approximately $54,000 and an unemployment rate that averages about 5 per cent. Iceland provides an inspiring lesson as to how rapidly a society can recover from extreme adversity provided there is a clear plan and the willingness of citizens to pull together.

Sure, let’s model ourselves after Iceland. I’m all for it. Here’s how Iceland “found a way to bounce back” from global financial crisis: it jailed the bankers who violated the law, it let the big banks fail, and it defaulted on its debt — details left out of the We Choose Now report. Also, Iceland has no university tuition, while Nova Scotia is increasing its tuition rates at alarming rates, putting an entire generation into debt servitude. Bring on Iceland, says I.

Not only would emulating Iceland be good for our economy, we’d also have to start believing in trolls.

What is this report “We Choose Now – A Playbook for NovaScotians”? There has been sparse attention paid to it and even less critical analysis. It is a 106-page report from a 15-member panel of “engaged Nova Scotians.” They entitled their report “We Choose Now…” presumably selecting the Ivany option of Now/Never.

The first two sections of the report deal with pre-school education and the “cradle to career” path. The goal of offering a sound pre-school experience is laudable, but the suggestions on how to get there, as seen by One NS, reads like a fairy tale.

A significant recommendation in “The Early Years” section is made at page 17; they recommend that NS pursue the use of “social impact bonds” as a way of reducing the risks associated with being the primary funder of this program. Social impact bonds (SIBs) like the one used in the Utah High Quality Preschool Program were featured and the involvement of Goldman Sacks (GS) and a private partner foundation was seen as important.

GS set up the bonds so that they would pay out based on 95 per cent of the annual dollars saved by this miraculous pre-school program, as a result of avoiding special and remedial programs for identified students.

GS used the PPVT, known as the Peabody, as the instrument for predicting students likely to be in need of special and remedial assistance. The problem? The Peabody has no such predictability! This claim sounded ‘sketchy,’ so I set about finding any assessments of this program.

Here is the reference: a November 3, 2015 New York Times article by Nathaniel Popper with a title that speaks for itself: “Success Metrics Questioned in School Program by Goldman”. Here’s a sample of findings: “…questions have emerged about whether the program achieved the success that was claimed;” The NY Times “… quickly identified a number of irregularities…”; “Goldman said its investment had helped almost 99 percent…” “Most programs yield a reduction of closer to 10 or 20 percent”; An early childhood expert: “Here they seem to have either performed a miracle, or these kids weren’t in line for special education in the first place.”

This report asks us to get behind their direction for the next 10 years. It suggests that education will have to put considerable faith in volunteers, community-led initiatives, private foundations, wealthy philanthropists and schemes like ‘pay for success’ models where social impact bonds are employed. Some of the prescriptions for education are just not supportable!

No public meetings. The schools are closed, so I guess that means government closes too. Is everyone in Cuba?

Taking place largely over the course of one tense night, Carol Reed’s psychological noir, set in an unnamed Belfast, stars James Mason as a revolutionary ex-con leading a robbery that goes horribly wrong. Injured and hunted by the police, he seeks refuge throughout the city, while the woman he loves (Kathleen Ryan) searches for him among the shadows. Reed and cinematographer Robert Krasker (who would collaborate again on The Third Man) create images of stunning depth for this fierce, spiritual depiction of a man’s ultimate confrontation with himself. 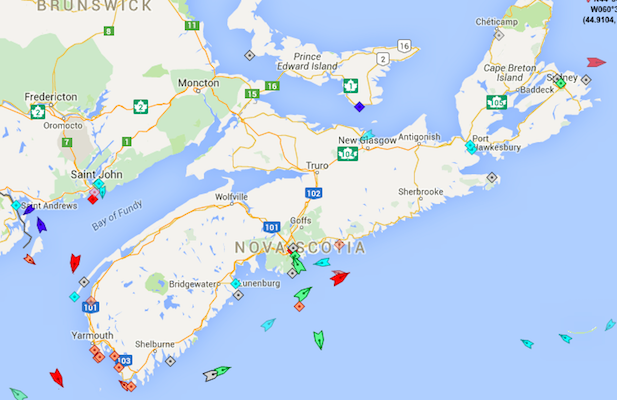 I have several freelance-written pieces in the queue, almost ready to go. Check back later today.