You are here: Home / Featured / On the beach

1. Military ban on some tattoos 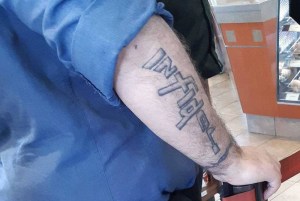 The tattoo that started the controversy.

Lee Berthiaume reports for the Canadian Press that the military has issued new guidelines on acceptable tattoos. This after photos of a Halifax-based sailor with an “Infidel” tattoo spread online and in the media.

The new rules, which apply whether a tattoo is visible or not, lay out in much more detail what images are forbidden. In his directive, [General Jonathan] Vance said the aim was to maintain the military’s positive reputation, “which prioritizes the promotion of diversity, respect and inclusion.”

Tattoos connected to criminal activities such as criminal gangs are now unacceptable as are those that promote or express discrimination as defined by the Canadian Human Rights Act, including hatred, violence, discrimination or harassment.

Military personnel are also forbidden from sporting ink that they know — “or ought to know” — is racist, sexist, misogynistic, xenophobic, homophobic, discriminatory against the disabled or sexually explicit.

Berthiaume says there is some confusion over whether or not pinup-girl tattoos are acceptable.

2. Coast Guard and other vessels fined

Gail Harding of CBC New Brunswick reports that six vessels have been fined for speeding — including two Coast Guard ships:

Transport Canada fined the coast guard ships Cape Edensaw and Cap d’Espoir $6,000 and $12,000 respectively for violating the temporary mandatory slowdown [to protect right whales] in the shipping lanes north and south of Anticosti Island in the Gulf of St. Lawrence.

Eight right whales have been found dead in the Gulf of St. Lawrence this year, and trauma from being hit by ships is to blame for several premature whale deaths. 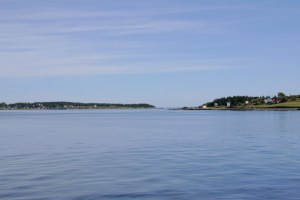 Shaina Luck reports for CBC that after a couple of summers of above-normal temperatures, local waters have cooled off a bit this year:

Ocean surface temperatures are closely related to air temperature. A recent heat wave in July and early August raised ocean temperatures accordingly, but as the hot weather moves out, the water is also adjusting.

“Temperatures off Halifax are sort of still slightly above normal, but not as warm as it has been in the last couple years,” [DFO scientist Dave] Hebert said.

“We sort of had a growing temperature since 2010. It peaked around 2012 to recently. It sort of plateaued. And it has been decreasing down a bit — not a lot — so we don’t know if it’s a trend or not.”

DFO is going to collect more data from the surface and from deeper waters. 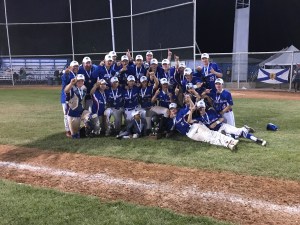 Congratulations to the under-17 Nova Scotia baseball team, who won the national championship at the Baseball Canada Cup in Regina. It was the first time a team from Nova Scotia has appeared in the final. They beat Ontario 3-2 for the title.

“It’s pretty amazing being the first gold medal for the province at this level. I think this will definitely put Nova Scotia on the map. We are one of the smaller provinces that are usually taken lightly. To beat Quebec and Ontario in one day is quite an accomplishment. It’s pretty incredible, to be honest.”

If you read the story in the Herald, you can also get to watch a bunch of completely unrelated embedded video clips from Major League Baseball. 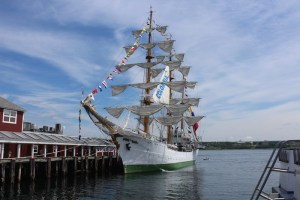 Still with sports, a headline in the Chronicle Herald caught my eye this morning. It reads: “Diversity bolsters Chester Race Week.” I scanned the accompanying story by Josh Healey to see how the event was attracting a more diverse crowd. Drumroll please…

A total of 119 sailboats have signed up for race week, roughly equalling last year’s totals in number and fleet distribution.

Participants are slated to come from across Atlantic Canada, Quebec, Ontario and the United States.

He credited a diverse level of competition for some of the event’s success.

Remember, journalists don’t write their own headlines, so don’t blame Healey for this. 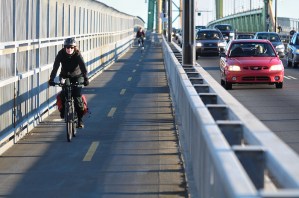 Councillor David Hendsbee once again floated the nonsensical idea that bicycles should be licensed, leading to the usual array of commentary about gas taxes paying for roads, etc. I may write some more about this in tomorrow’s Morning File. 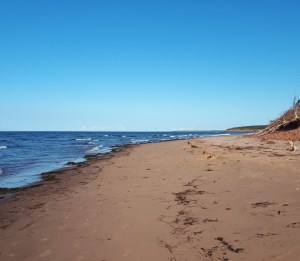 I spent last week on vacation, camping in PEI National Park with family. My partner grew up on the island, and we’ve gone almost every summer for about 25 years now. Now that our kids are adults they can’t always make it, but each year at least one of them does. There are always members of the extended family too: this year, we camped with my mother-in-law and one of her friends, and my sister-in-law with her three kids. We also meet up with friends from Montreal who rent the same cottage every year in August.

There is something comforting and ritualistic about this tradition. As with any rituals, we do many of the same things every year — and as kids grow up, some of those activities change. (That roller-coaster at Sandspit stops being impressive once you hit your teens, or sooner.)

Because I’d been in grad school, I missed going to PEI the last two summers. So this year, I was particularly excited to be back, and to spend part of every day on beautiful Brackley Beach, on the North Shore. The water was warm, except for one frigid day. There were no jellyfish. Most days, the surf was relatively calm. We read, swam, watched kids build sandcastles, caught up with our friends. It was perfect.

But I also had an uneasy, unsettled feeling as I thought about the potential catastrophic coming effects of climate change/crisis/emergency. I wasn’t even considering the specific effects on PEI. It was a more general sense of unease.

One evening, waiting for the sunset while overlooking the beach at Stanhope, I found myself thinking of Nevil Shute’s classic Cold War novel On the Beach.  The book is set in and around Melbourne, after a devastating nuclear war. As far as anyone in Australia can tell, everyone in the northern hemisphere is dead, and now the fallout is heading south. It’s only a matter of months before the characters — presumably the last of humanity — die out too.

The news of their imminent doom affects people in different ways. There is a particularly memorable auto-racing scene, in which reckless drivers “show no mercy to their engines, their competitors, or themselves… ‘It’s racing as it ought to be. If you buy it, you’ve got nothing to lose,’ says scientist John Osborne, who soon after adds that he’d be sorry if he smashed up his Ferrari though.

Others carry on with their daily lives. A mother worries about exposing her baby to measles. A couple plan their garden:

Takes about five years to come into bloom,” he said.

“Never mind. A gum tree there would be just lovely, up against the blue of the sea…”

“It’d certainly be quite a sensation when it was in bloom,” he said. “Where would you put it? Here?”…

They went on happily planning their garden for the next ten years, and the morning passed very quickly.

And an American naval officer speaks about his family in Connecticut as though they were still alive, which surely they aren’t:

The devastation of the Northern Hemisphere was not real to him, as it was not real to her. He had seen nothing of the destruction of the war, as she had not; in thinking of his wife and of his home it was impossible for him to visualize them in any other circumstances than those in which he had left them. He had little imagination, and that formed a solid core for his contentment in Australia.

Maybe I should be less morbid and just enjoy my time on the beach. But I couldn’t help but wonder if someone looking at us from outside would see us as some of these characters: aware in some abstract way of the danger, but going about our daily lives.

Executive Standing Committee (Tuesday, 12:30pm, City Hall) — a special in camera meeting to deal with a personnel issue. Presumably, this is related to CAO Jacques Dubé himself.

Halifax Regional Council (Tuesday, 1pm, City Hall) — here’s the agenda. Tim is threatening to live-blog the meeting from a cottage in the woods, but that probably won’t happen.

Public Accounts (Wednesday, 9am, Province House) — Stuart Maclean and Rodney Burgar from Workers’ Compensation Board, and Duff Montgomerie from the Department of Labour and Advanced Education will talk about Claims Management – May 2019 Report of the Auditor General, Chapter 3 and Governance and Long-term Sustainability – December 2018 Report of the Auditor General, Chapter 3.

A round of applause for Stephen Archibald and his ability to notice things. 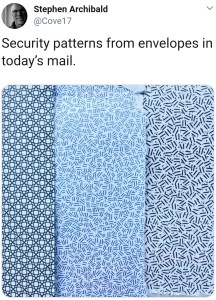