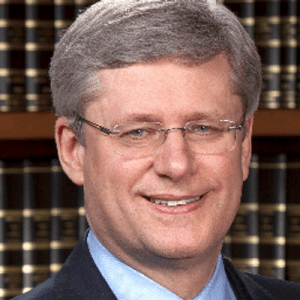 To a large audience of Muslim Canadians, Harper addressed the importance of recognizing growing Islamophobia in Canada and emphasized that understanding current global conflict requires a nuanced approach that takes into account colonial histories, economic factors and the role of the West in funding and supporting terrorist groups.  He cautioned against analyses of terrorism that rely on lazy stereotypes of Islam.

Just kidding. “Harper repeatedly referred to an ‘unsafe’ world, [and] the threat of Jihadi terrorism…”

Harper also emphasized “taking a strong stand in the world based upon our values, standing by our friends and standing up to those who would do us harm.”

Standing by Our Friends.

Every time I think about Peter MacKay and protests, I think about the anarchist action at the Halifax International Security forum a few years ago: 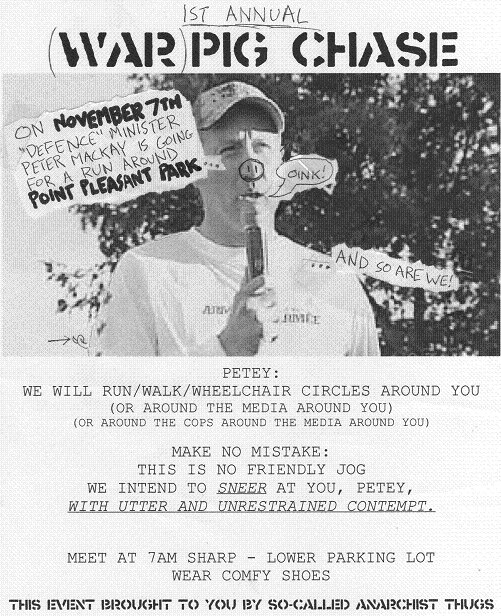 Too bad he’s not running in the Bluenose…

…The previous year, Canadian “Defence” Minister Peter MacKay had staged a successful “Look how human I am!” propaganda coup, going for an early morning jog around Halifax’s iconic Point Pleasant Park. We’d been tipped off by friends in the media that he planned to do the same thing this year, and we decided we’d join him. We borrowed a van, bought a small crate’s worth of energy drinks (they were only $0.30 a piece from the Food Bank-owned discount store), and plastered the city in these posters. Needless to say, response was mixed.

Anyway, the first day’s demo was larger than the previous year’s, and rowdier, ending with an unpermitted march down the main drag, and only forcefully being pushed onto the sidewalk after several minutes, the police having been caught entirely off guard.

The next morning’s “Pig Chase” began bright and early, attracting only a small handful of people (less than ten), but was none the less a success – the threat of our presence had been sufficient to move Peter MacKay to cancel his morning jog. With the park ceded to us politically, we went for a pleasant walk, telling early morning dog-walkers and runners about why we were carrying black flags, and why we thought NATO should be dismantled. A victory statement was published in the “Letters” section of the local alt-weekly, but, unfortunately, I can’t find it anywhere.

Note: Interestingly, Nazanin Afshin-Jam Mackay signed onto a vision of Canada that looks a lot different than Stephen Harper’s. 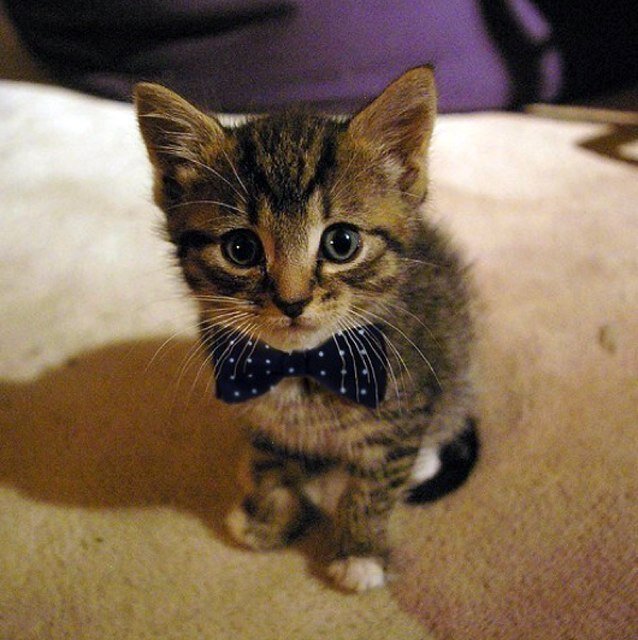 The Halifax Regional Police released a statement warning that they consider yelling “vulgarities” at women reporters on camera to be “sexualized violence” and perpetrators could be charged.

“’The individuals who are doing this may think it’s funny and harmless or within the boundaries of their freedom of expression, but we view this type of behaviour as a form of sexualized violence and take it very seriously,’ police said in the statement.”

Okay, that’s good. Threats of sexual violence definitely aren’t funny and the perpetrators should be punished… 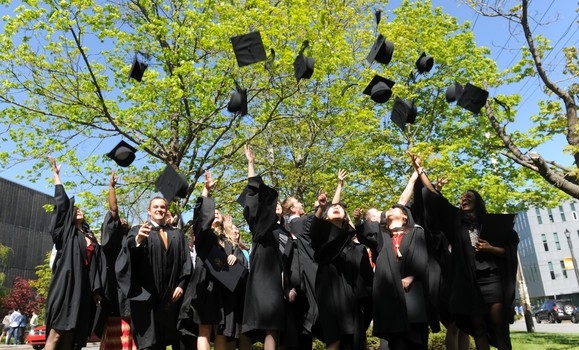 “’Sexualized violence was one of our operational priorities in 2014, and remains so this year as well,’ the statement said.”

Peter MacKay agrees that exposing the actions of people who shout obscenities at reporters is important. But exposing those who do violence to Indigenous women by commissioning an inquiry isn’t that important I guess.

3. When You Say May Long Weekend, I Say Tournament Weekend. 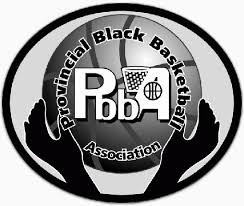 For the first time in 42 years, the Provincial Black Basketball Tournament won’t take place over the Victoria Day long weekend.

This should be bigger news than a few lines in the sports section of the Chronicle Herald. While the cancellation of the championship game 7 in the NBL generated two weeks of news about the Halifax Rainmen, the loss of a four-decade long institution in the Black Nova Scotian community barely receives notice.

Tournament was based in traditions of sports as a vehicle of Black social consciousness. While with the Rainmen story we saw how, based on reactions to stereotypes of Black men as “thugs,” “animals,” and criminals, the league was willing to treat the players as disposable commodities, Black Tournament offered an alternative to sports as a plantation system for Black bodies to be bought and sold.

Teams came to Halifax from across Canada and the United States, choosing names that often honoured Black history and identity. Thousands of African Nova Scotians attended the games (and Tournament parties.) For one weekend we demonstrated that there are alternatives to “owners” and Capitalist sports leagues. Tournament parties asserted Black presence in clubs that habitually play Black music while instituting racist dress codes designed to keep Black people out.

Economically, Tournament encouraged Black entrepreneurship and economic self-reliance with people promoting everything from T-shirts to concerts to Tournament parties.  I imagine that many women who make some money doing hair are hurting right now with the loss of income from people getting dressed up for the parties. Many Scotians came home for the weekend from Toronto and out West to make some money while reconnecting with their communities. 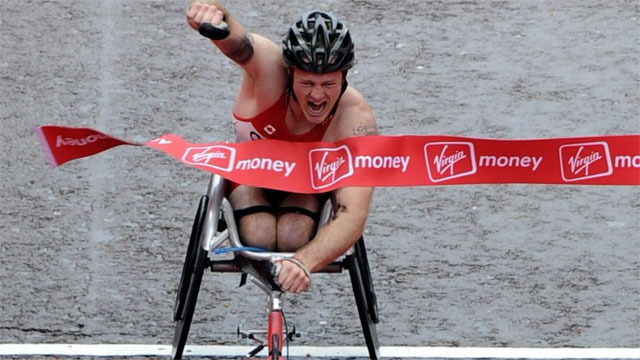 The Bluenose Marathon is Saturday. But even though Nova Scotia has the highest percentage (18.8% according to Statistics Canada) of people living with a disability in Canada, wheelchair racers are not welcome in the marathon.

I am Gus Reed, co-founder of the James McGregor Stewart Society in Halifax, which advocates for Nova Scotians with disabilities.

When I was growing up, everyone was familiar with Johnny Miles, from Sydney Mines who won the Boston Marathon in 1926 and 1929. ”Everybody told me I was crazy to enter the Boston,” Miles told The Globe and Mail in 2001. ”But I knew I could do it.” Fast forward to 2012, when Canadian Joshua Cassidy won the wheelchair division in Boston with a world record of 1:18:25.

I have complained to the Blue Nose marathon’s organizers on many occasions about the lack of consideration for wheelchair entries. My complaints have met with no success, so I am writing to you, whose bank sponsors the Blue Nose marathon with a request that you withdraw support of an event that so clearly discriminates against athletes with disabilities. The complicity of the municipal government is unfortunate, but your withdrawal might spur them to reconsider.

The Toronto Waterfront Marathon, which you also sponsor, has a full page of information for wheelchair athletes, including a section specifically for elite participants But a thorough search of the Blue Nose marathon’s website yields only the following oblique reference as part of the answer to “Are pets, child strollers and other equipment allowed on the race route?”:

We continue to welcome walkers with Nordic poles and wheelchair athletes on the routes.

Equating wheelchair athletes with walkers is demeaning. Josh Cassidy had to hang around the Boston finish line for nearly an hour before the first two-legged runner showed up. Yet the best the Blue Nose marathon will do is grudgingly permit Josh on the course. Wheelchair marathoners are just as serious in their athleticism as people with sneakers and deserve more respect than the Blue Nose marathon’s dismissive FAQ concerning pets.

Disabled Nova Scotians, through their taxes, willingly give all kinds of logistical support to the Blue Nose marathon – police presence, street closures, emergency support. Yet they do not receive equal consideration from race organizers

I imagine a person in your job knows something about expectations. Do you think expectations should be different for Nova Scotians with disabilities and Ontarians with disabilities? For Nova Scotians who run with feet and Nova Scotians who run with wheels? This is the moment when sponsors perversely say “Of course we would have a wheelchair division, but we have no entrants”. And this is the moment when I respond “Have you seen Field of Dreams? If you build it they will come.”

I think your sponsorship condones discrimination. It’s time to reconsider it.

I look forward to hearing from you.

1. Ugh, Harper and the Queen in the same post. 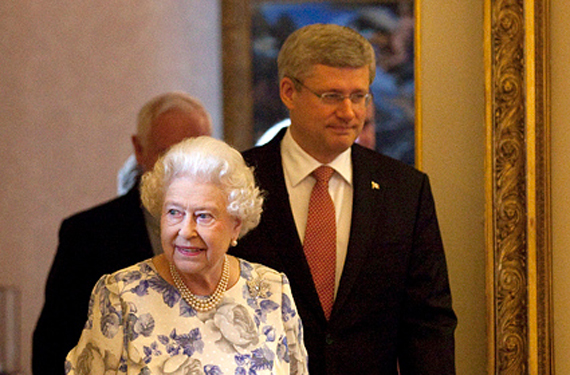 John Tattrie has an interesting article on CBC the origins of the word “Queen.”
What is known as Victoria Day in Canada was known as “Empire Day” in the colonized world. On Empire Day, school children like my mother were forced to march around in the heat under the eye of the governors of the colony waving the Union Jack and singing how Britains never never never would be slaves.

Late Victorian Holocausts by Mike Davis is worth reading this weekend, particularly since the austerity policies, war in Afghanistan,  siphoning of wealth to corporations and environmental disasters, among other conditions that led to mass genocide of colonized people are familiar to us today.

2. An Article on Gentrification in the North End of Halifax that Won’t Say the Word “Racism.”

I was out in the Square on Friday.  It was the first really hot day, the kids were off school, and generations of Black people were out in the sun. Everyone was greeting each other, sitting on the street together, being happy and alive and present. It feels like what used to be a common thing, Black people just chilling on the corner together, is becoming a rare sight. Black Lives Matter isn’t just about police killings, it’s about all the state and institutional policies that take away the rights of Black people to our being and existence and presence. I was walking with a student from Bermuda and he said “I love seeing all the people just out cooling” and a resident said “that’s community!” Erasing Black space is erasing Black lives.

Pheonix fills us in on the story of the segregation protest.

As I write this, another Indigenous girl is missing.

Libraries and banks are closed on Monday, so might as well get drunk.

Gas prices are down. The article is written like found poetry.

Gas prices are down.

Same price as two weeks ago.

That’s not really down.

The board sets the price.

I sense a conspiracy.

Tim Bousquet has the weirdest photo library on the Examiner.

I’m El Jones, Halifax’s Poet Laureate. Surprise! I’m going to be doing the Morning File on Saturdays.  Thank you to Tim Bousquet for letting me do this!