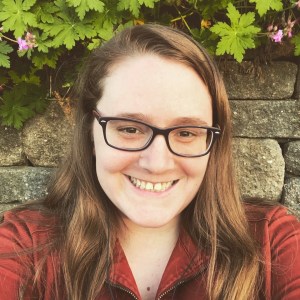 The Nova Scotia Health Authority says it’s aware of — and working on a solution for — the overwhelmed blood collection appointment line in the Halifax area.

Frustrated patients in the NSHA’s Central Zone (which includes Halifax) are reporting the need to make repeated phone calls — sometimes for many hours or over a period of days — to book a blood collection appointment.

Ten calls to the blood collection line over a period of four hours resulted in the same voicemail message:

The Central Zone blood collection appointment booking line is unable to take your call right now due to high call volumes. This line is open 8 a.m. to 8 p.m. Monday to Friday excluding holidays. Please hang up and try your call again later.

In an email, Anita Muise, administrative director of pathology and lab medicine for NSHA’s Central Zone, said COVID-19 created an immediate need for physical distancing within the blood collection service. That forced the change from a walk-in, on-demand service to an appointment only service:

A manual appointment booking system was quickly established which is now being stressed as more healthcare services resume operation. In Central Zone during peak hours (8-4) the number of calls exceed the capacity of the phone system requiring the caller to call back. When this happens it means the waiting queue is also full.

Muise said the phone lines are staffed from 8 am to 8 pm, and they’re encouraging people to consider calling later in the day.

There are sufficient appointments held to manage the requirement for short notice urgent collections and prioritize these patients at the time of booking. Other appointments are being scheduled up to two to three weeks out from the time of the call.

The booking system has been a source of frustration, stress and anxiety for Jenna Young. The 28-year-old from Halifax suffered a stroke on June 5. In an interview she explained

I had a seizure and loss of consciousness and was rushed to hospital. I stayed through to Tuesday June 9 when I was discharged.

During that transition process to her new blood thinning medication, Young was told by her physicians and the anticoagulation clinic nurse that it was “crucial” she get blood work on a very strict schedule of June 11, 13 and 16. The blood work was deemed essential because the results would determine her next Warfarin dose.

The quickest she got through to someone on the blood collection line was after four calls. The longest took 12 calls.

“Trying to book my next blood collection appointment and I can’t even get put on hold,” she wrote on Twitter. “There’s no way to leave a message, no online service. Just call over and over until you win the privilege of being on hold for 30-60 mins. This system sucks.”

Young’s shortest hold was 10 minutes, the longest 40 minutes. She said it was stressful being told the next available appointment was days beyond when she was supposed to get her blood tested.

When I would explain and say ‘Sorry, this is supposed to be urgent and specifically timed,’ the answer was ‘Even our most urgent appointments that we’re supposed to clear the schedule for we’re booking up to a week in advance.

That’s what I was told today. So it sounds like they’re falling behind even for those people for whom they’re supposed to drop everything and make it work.

She made her calls days in advance for the required June 11 and June 13 appointments. When unable to get those appointment dates, Young ended up at the anticoagulation clinic at the QEII Health Sciences Centre’s Victoria General (VG) site for the required blood work. She says:

They have been super-helpful in my moments of panic when I’m freaked out and getting told that I have to go four or five days between blood work appointments when I’m supposed to be getting it checked every other day.

They have been just bending over backwards. I know they’ve expressed some frustration as well saying ‘We were told to tell these patients they’re top priority and they’ll get in, but they’re not.’ They squeezed me in to withdraw blood even though they’re not supposed to do routine blood draws.

Her June 13 call for a June 16 appointment was successful. Her next blood collection is scheduled for June 23 and she was able to book for June 24, a one-day delay her doctor deemed acceptable. Young adds:

I’ve lived with chronic illnesses for quite a long time so I’m used to and more comfortable with advocating for myself and pushing back if I’m concerned that what’s being offered to me isn’t what was recommended to me medically.

But for someone who was brand new to this it could be much more difficult or if someone had a stroke and was having speech problems or difficulty on the phone or with memory issues, it would be way, way harder.

The NSHA is aware of the Central Zone’s blood collection line issues and Muise said via email that they’re working on a fix.

Pathology and Laboratory Medicine is actively working to implement a long term solution that will provide better service. In the meantime we are working with telecommunications to maximize the capacity, adding additional staff and phone lines to assist with the volume.