Cavendish Farms has found more needles in its potatoes. The needles were discovered at the processing plant, so no recall is needed.

Unlike the supposed Halloween candy tampering, in which a half-dozen Nova Scotians made dubious reports of finding needles in their chocolate bars (see “It’s unlikely that Nova Scotian kids were given tampered Halloween candy,” behind the pay wall), the Cavendish potato tampering is demonstrably true. In fact, I suspect the potato tampering may have put the idea out there, spurring the candy tampering reports. The cops promise me they’ll make some sort of announcement when they conclude their Halloween tampering investigation. 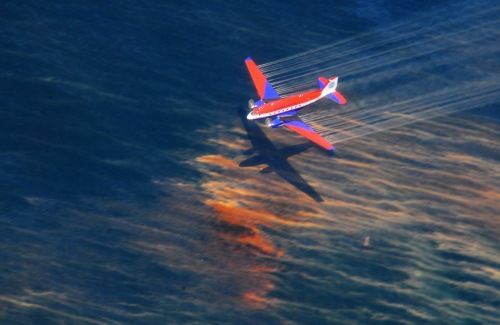 A plane sprays Corexit on oil spilled during the Deepwater Horizon disaster.

John Davis, a founder of the No Rigs Coalition in Shelburne County, is raising the alarm about Shell oil company’s plan to use the oil dispersant Corexit should there be a spill at the company’s rig planned for Shelburne Gully. Corexit is the chemical used by BP during the Deepwater Horizon disaster in the Gulf of Mexico.

How slow of a news week is it? A Bridgewater man complains about crappy airline service, and the Chronicle Herald assigns a reporter to write an article about it. Tomorrow, expect an exposé on too few potato chips in the bags. 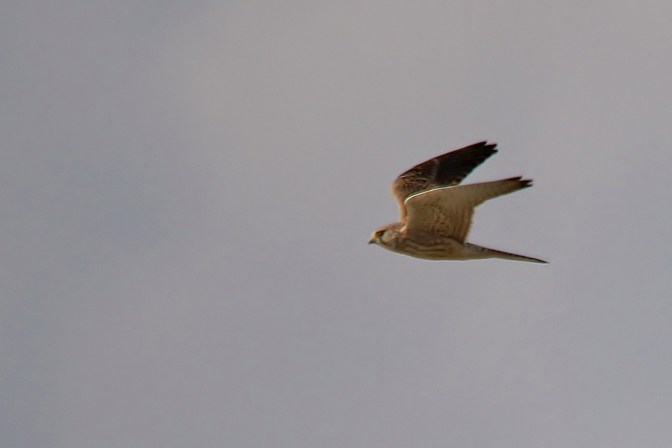 An Eurasian Kestrel has been spotted near Hartlen Point in Eastern Passage, causing quite a stir among local birdwatchers. Says Global TV:

“It’s very exciting. I think it’s the second [one] that’s ever been sighted in Nova Scotia,” said Joshua Donham, a member of the Nova Scotia Bird Society.

The last time an Eurasian Kestrel was spotted in Nova Scotia was more than 25 years ago, according to Donham.

Graham Steele takes a look at what he calls the “exciting” year ahead at Province House, but I was struck by his repeated view that the Liberals have brought unprecedented secrecy to their mandate. Says Steele: 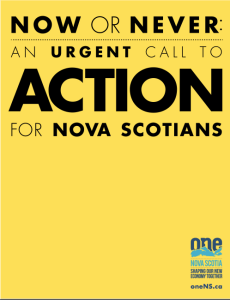 In February we hit the first anniversary of the Ivany report on economic development prospects for Nova Scotia. The “Now or Never” urgency of Ivany has evaporated, replaced by a vague sense that somebody, somewhere, is working on something. That’s no way for the McNeil government to build the social consensus they’ll need to carry off any big changes. Their instinct for secrecy, if it continues, will hurt them in the long run.

[…]On budget day we’ll finally hear the results of the Liberals’ program review. The premier personally chaired the review committee. The finance minister described the process as “laborious.” Yet it has all taken place behind closed doors.  What will they cut? A similar process under John Hamm’s government produced meagre results.

Jesse Ward, the editor of the Dal Gazette, has a long but interesting post examining the timeline of the university administration’s investigation into the dental school mess. The gist of Ward’s argument is that on December 17 President Richard Florizone told media he had met that day with the two women most affected by the Facebook posts—two days after he had said (on December 15) the restorative justice process had begun. Even then, Florizone had met with just two women, out of a class that includes 19 women.

Once again I missed Rachel Brighton’s usually excellent observations because the Chronicle Herald hides them in some place I can never find on the day they’re published. But anyway, a couple of days ago she had this to say:

But there is sufficient activity in the economy to justify the province backing off and saving its scarce pennies for social spending, not business incentives.

No major investments are required in corporate welfare in the coming year for the sake of job creation.

But this is an excellent time for the government to invest attention in reforming its support systems for people who generally don’t benefit from an uptick in the economy.

As a general principle, government should reserve its resources for groups of individuals and public services that need them most.

Yea, duh!, right? But sometimes we gotta spell these things out for our mucky muck class. 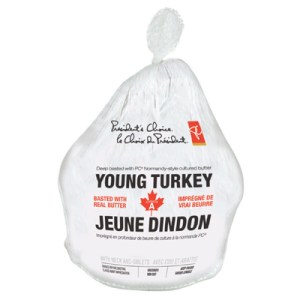 My husband bought a “fresh” turkey at the Atlantic Superstore in Kingston the other day. When I opened it up, the skin stuffed inside the cavity, the neck and bag of gizzards were frozen solid.

I called the store to suggest that they should not advertise “fresh” when it is clear that the bird was previously frozen. I was not looking for a refund; I just wanted them to know that they were mislabelling product. Their response: “We are aware that some of the birds have a little frost.” Really? I am beyond old enough to know the difference between a little frost and frozen.

Judging by his response, it is obvious to me that the meat manager already knew the birds were previously frozen. Shame on you, Atlantic Superstore. I wonder what the difference in price is between fresh and previously frozen turkey.

Here’s a map of countries that drive on the left (blue) or right (red) side of the road: 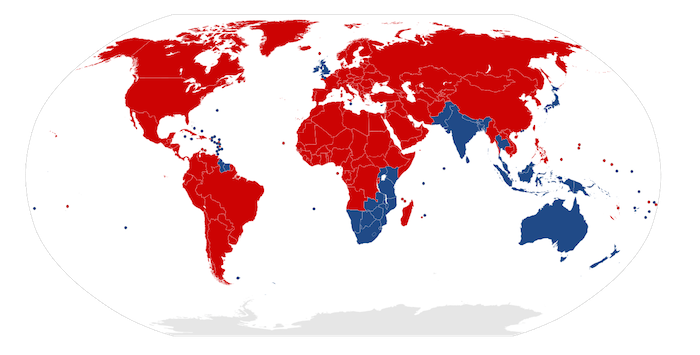 And here’s a guy who claims that driving on the left is safer: 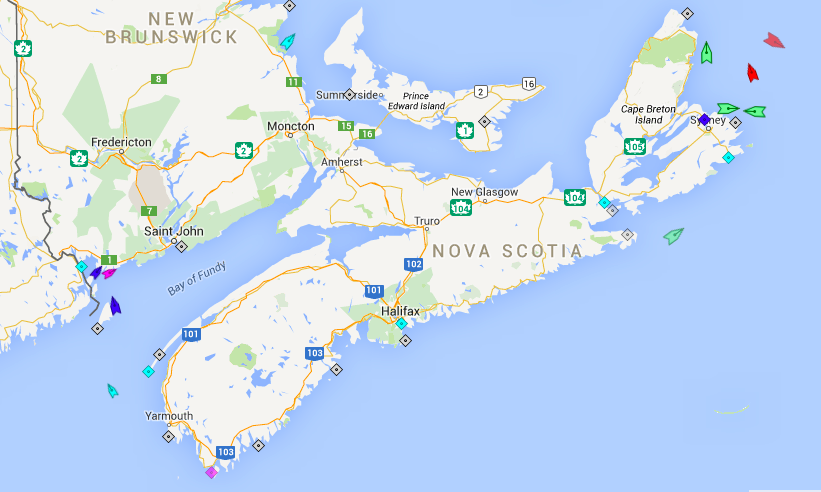 Yes, it’s a slow news week. I’m spending most of the day today in the property office, but will have another post up either today or tomorrow, as time allows. We’ll get back to our normal heavy posting next week.