You are here: Home / Featured / Nova Scotians to determine questions and guide research into mass shooting 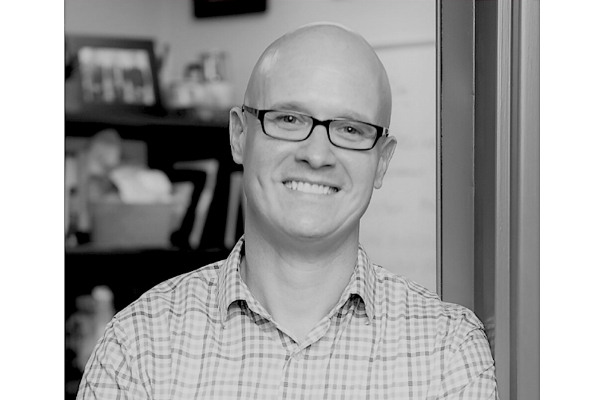 Researchers behind a new program intended to help Nova Scotians “find answers and healing” in the wake of April’s mass shooting incident want residents to determine what topics are most important to investigate.

The Heal-NS Trauma Research Program was launched yesterday. The program brings together a multidisciplinary group of researchers devoted to investigating issues related to gun violence.

The initiative’s intended goal is to help Nova Scotians find answers and healing in the aftermath of the mass shooting. While areas of research may include gunshot trauma, domestic violence, mental health issues related to shootings, or post-traumatic stress disorder, researchers want Nova Scotians to lead the direction of their work by sharing the key topics they want investigated.

“In the wake of the shooting, many unanswered questions remain, both specific to this incident and concerning gun violence in general,” notes the Heal-NS Trauma Research Program website. “Finding answers to these questions may aid in coping, understanding and healing for those affected by this tragedy in Nova Scotia and beyond.” 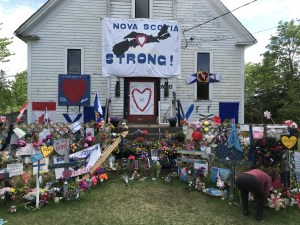 Emergency and critical care physician Dr. Rob Green was working the weekend shift at the QEII Health Sciences Centre in Halifax when the mass shooting event was unfolding April 18 into April 19.

As the senior medical director for the Nova Scotia Trauma Program, Green was experiencing the tragedy from a unique perspective.

“We were well-prepared to receive these patients from Portapique should they have come in to us,” Green said in an interview Tuesday. “I was getting updates on the potential requirement for our trauma program to be involved, and so I was kind of living it in real time and thinking about ‘Wow this is just such a terrible phenomenon.’”

Green recalls discussing the aftermath of the tragedy with physicians, nursing staff and other healthcare providers in both Colchester and in Halifax. As he followed the deluge of media coverage, he saw that Nova Scotians were being deeply impacted and they had many unanswered questions.

“It just struck me that it’s going to take a lot of work to get past this,” he said. “There are so many answers that people need to have addressed, and the way to do that is to actually figure out what the questions are, and then dedicate time and resources and expertise into finding meaningful answers for people.”

The incident and its aftermath led Green to kickstart Heal-NS in partnership with the Nova Scotia Health Authority, the IWK, the Department of Health and Wellness, Dalhousie University, and other universities across the province.

“I’d like to expose the need to really document and publish, or have in the media, the results of what are the important things for Nova Scotians. It’s premature to say what’s going to come out of this beyond that because I don’t 100% know,” Green said.

“Traditionally as researchers we want to publish our research. But I am not terribly concerned with our traditional publication routes of putting it in journals. I just want to get something out to Nova Scotians that’s going to kind of relieve the anxiety, help with the coping, get the answers out to them. That’s my goal here.”

Green said once they’ve determined the questions Nova Scotians believe are most important to investigate, researchers will come up with overall themes and issue a funding call. He expects a great deal of interest in addition to funding support for this particular research project.

“The first part of this research is stuff that I’m going to do myself with the resources I have in my trauma program with the medical students that are working for me this summer, and that’s specifically looking at the last 20 years of gunshot wounds in Nova Scotia,” Green said.

“I have all that. Surprisingly enough, there’s 600 to 700 in the last 20 years. So there’s more than you’d think. We need to validate that, but that’s our initial look.”

For his own research piece, Green hopes to also examine the mandatory reporting of gunshot wounds by physicians as legislated in 2008 to determine if that requirement has resulted in any changes.

“We’re going to look at our data in Nova Scotia, and then we’re going to broaden it to look at the rest of Canada, because provinces and territories in Canada have this very similar legislation,” he explained.

While Green intends to “kick things off” with some of his own work focused on gunshot wounds, he believes one of the more relevant and likely more important issues that will arise from the program are the mental health repercussions the mass shooting left in its wake.

“Post traumatic stress, exacerbation of other mental illnesses, and in the specific populations that it’s affected like children, firefighters, police, health care workers, EHS. I’ve heard from (health care providers) in Colchester that they went through a very difficult situation and have kind of gotten through it,” Green said.

“But then they relive it when they have patients who have mental illness or something related to the Portapique tragedy present again to emerge (the emergency department), so it’s this adding-on effect that that we’re seeing.”

Green said he also believes domestic violence will — and should – be high up on the agenda.

“I don’t know what the most important topics will be, and that’s why we want to hear from people,” he said. “But I do think those are the things which quite frankly aren’t my expertise but they’re very, very important.”

Green wants Nova Scotians to flood the Heal-NS website and share via email their opinions on the topics they want researchers to investigate. By mid-September Green hopes to have enough information to start pulling the pieces together.

“I want to get this right. It would really be very satisfying for all of us to get this right,” he said. “I think where we don’t necessarily do well in medicine is engaging the public…I think there’s work to be done on just making sure that the public has a really big say in this.”