You are here: Home / Commentary / Nova Scotia massacre: Did the RCMP “risk it out” one time too many? 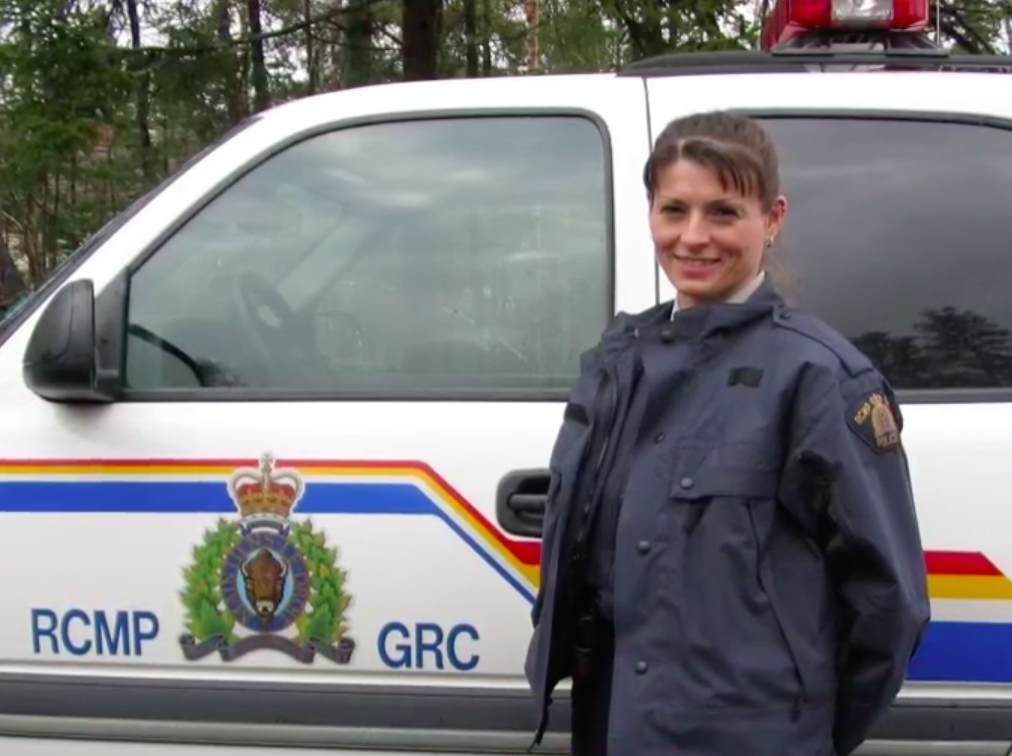 Catharine Mansley was a Mountie for 24 years. In time her mind began to go from all the stress of being a RCMP patrol officer in Halifax County. She began drinking. When she complained about her problem to her supervisors, that just added to them. She was caught driving drunk twice. Convicted once, she went off on stress leave for 11 years because of Post Traumatic Stress Disorder.

Mansley sued the RCMP as part of a class-action claiming that the Mounties failed to provide a work environment that was free from gender-based discrimination, bullying, and harassment. She got an undisclosed chunk of money in the court-ordered payout by the force to the hundreds of claimants who received their share of at least $200 million.

Since officially resigning in April, you’d think that Mansley would have moved on by now, but the RCMP is still stuck in her craw.

“I signed a non-disclosure agreement as part of the settlement,” Mansley said.

“I don’t mind talking about the things I used as examples in my claim.  I am not going to keep my mouth shut. If they want to sue me let them go ahead. It’s worth getting the word out. I would love for them to sue me” 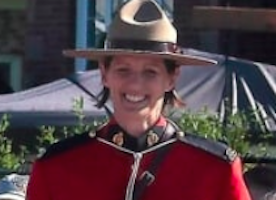 She knew Constable Heidi Stevenson, who was murdered by the gunman near the end of the Nova Scotia massacre. They met at Depot, the RCMP training academy in Regina.

“Heidi was my pit partner. She was in the bed next to me in the dorm, seven months of living six feet away from her. Because we both worked in the Halifax area at the end, I used to cross paths with her here and there. She was a really nice girl.”

When Mansley was in the Tantallon detachment, west of Halifax, at Exit 5 on Highway 103, one of her supervisors for two years there was a Staff-Sgt. named Mark Furey.

Mansley is the kind of person whose credibility can be affected by their past situation. That she is angry about what happened to her in the RCMP is palpable. She believes she lost her career. That she doesn’t like Mark Furey for a variety of reasons she says she experienced on the job is neither here nor there, for the moment.

Furey, now the Attorney General and Minister of Justice of Nova Scotia, has become the shrinking-violet, silent type. He hasn’t made a substantive comment about the Nova Scotia massacre in more than six weeks, so why would anyone think he’d defend himself against accusations from a distressed, former Mountie? All things being equal we won’t get into that hornet’s nest.

But there is one thing in Mansley’s story that caught my ear in the context of recent developments. A few days ago, I reported in an Examiner story about how two current members of Colchester council, both senior former law enforcement officers, slammed the RCMP rural policing strategy. Among other things, they talked about staff shortages, lax response, and virtually no accountability in place at any level of government.

Similar themes were addressed nationally earlier in a story by Canadian Press reporter Jim Bronskill, who described how the federal government continues to pour millions — $508 million, this time — into a broken RCMP system.

When Mansley talked about the roots of her stress, there were the usual suspects, harassment, bullying, and all the death that police officers and other first responders regularly face. But there was this other important thing.

“The RCMP is always trying to do the most with the least amount of staff. That’s their model,” Mansley says. “The supervisors get bonuses for coming in under budget. So, when you show up for a shift and there are not enough bodies to cover the shift, the supervisors used to say: “We are not calling anyone in on overtime, we are just going to risk it out.”

Mansley said the stress of working alone without proper backup was mentally and physically draining. She said Furey as her commander often used to say it. “All the supervisors said it.

“They say: ‘risk it out’, but they weren’t risking their lives, Mansley said. “What they do is risk us out. We are the ones out there in dangerous situations. They are risking each Mountie’s life, and I can’t believe they get bonuses when they do.”

While some other Mounties say they have heard the term used, a few others, mostly those who have not served in contract policing, had not. Nevertheless, the “risk it out” approach to policing is quite evident.

Edgar MacLeod, the former Cape Breton Police Chief, said in a recent interview that the Mountie system of single person patrols is both dangerous for the police and the public and particularly destructive to the mental well-being of many individuals.

“The Mounties send their members out into these rural areas where they are all alone in the middle of nowhere. They like to say there is backup, but in reality there is no backup,” MacLeod says. “That’s dangerous. And the constant stress on the individuals is damaging.”

Michael Gregory is a former Mountie corporal who spent 25 ½ years in the force, and who is now a councillor in the District of the Municipality of Colchester, where Portapique Beach Road is located. He used to command the former RCMP detachment in Tatamagouche.

“When I was on the force, we would never operate a shift without a full complement,” Gregory said in an interview. “We would even call in auxiliary police, if need be. But the force got rid of auxiliaries a couple of years ago.”

One has to wonder, therefore, about the situation with staffing on the weekend of the Nova Scotia massacre.

In the previous story on the Bible Hill detachment, which covers Colchester, we know from Gregory and fellow councillor Wade Parker, the chairman of the police advisory board, that the RCMP was notoriously short of staff on occasion there. They have no idea how many were working that night.

What we can piece together is that there were very few. It all began on a Saturday night during a province-wide lockdown. People were supposedly confined to their homes. One can presume that the RCMP went with a minimal staff that night: they risked it out.

When things got hot, they called in for help. There are supposedly 28 members on the roster in Bible Hill. Were they called in? Or would that blow the budget? Would that affect a supervisor’s bonus? Did they risk it out?

Did they only call for help from those who were on duty, not only in Nova Scotia but also in New Brunswick, as far away as Fredericton?

Did the RCMP fail to escalate the alarm through the force because someone decided to risk it out?

Since Colchester County only had paid policing until 2am and it didn’t start up again until 6am, did the RCMP hold back resources until its members could come in at a regular time?

Did the RCMP engage in magical thinking, hoping the shooter was dead when, in fact, in the overnight hours it was later determined that he spent the night behind a building in Debert? Was the RCMP search for him affected because of this risking it out?

So many questions and so few answers.

Over the decades, in spite of obvious structural and cultural issues, the RCMP has cleverly managed to survive by avoiding accountability. It is a wily servant of two masters, the federal and provincial governments, and it deftly surfs along the boundaries between them to avoid being called to task in any meaningful way.

Now here we are left in a situation that is right out of a Monty Python skit. Even though the RCMP clearly abrogated its responsibilities and duties that weekend, the governments of Canada and Nova Scotia are reluctant to call for a public inquiry because they say there is no money. 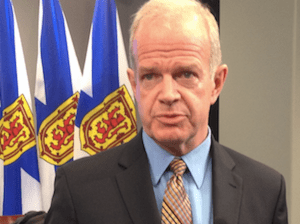 No money? Didn’t the federal government just give $508-million to the desperate Mounties to fix a system that clearly cannot be sustained?

Instead, the premier of Nova Scotia, Stephen McNeil, leaves it up to his legal handyman, Mark Furey (you may remember him from a few paragraphs north of here) to sort things out.

Their intention it seems is to have the RCMP investigate the RCMP for the failings of the RCMP and report back to Furey, the ex-Mountie who, nonetheless, proclaims he can be objective.

Why not call in an objective, competent outside police force such as the Ontario Provincial Police or the Surete du Quebec, whose operations are not dissimilar to those of the RCMP?

Why not set up a public inquiry, which seems to make even more sense every day?

If nothing is done, there is likely another huge dollar problem on the horizon. Now that it’s widely reported that the RCMP has been likely negligent in its operations and that there are severe flaws in the organization, what would happen, god forbid, if something else horrible takes place? There seems to be a ton of potential legal liability for governments and the police unless something is addressed quickly.

Or, Mr. Prime Minister and Mr. Premier, do you just want to risk it out?

Paul Palango is a former senior editor at the Globe and Mail and author of three books on the RCMP. He lives in Chester Basin.