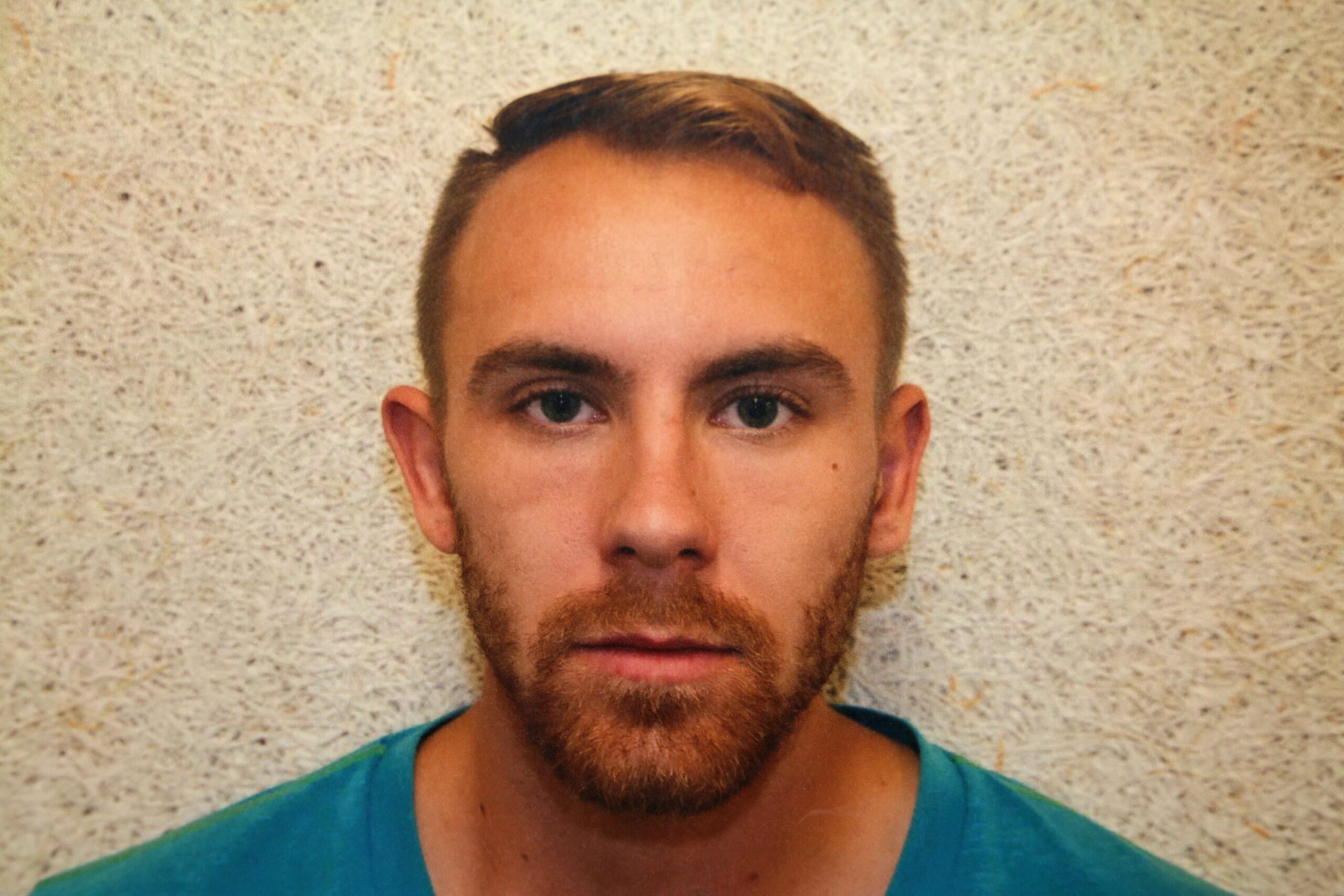 Nova Scotia’s court of appeal has quashed his conviction and granted William Sandeson a new murder trial, determining in a decision released Wednesday that his first trial should’ve been declared a mistrial after the traitorous conduct of a defence investigator came to light.

The two men had planned a drug deal, $40,000 for 20 lbs. of cannabis, the night of Aug. 15, 2015. Samson went to Sandeson’s apartment on Henry Street in Halifax to make the transaction, and was never seen again. His body was never found.

Police found Samson’s blood spatter on Sandeson’s gun and his own video surveillance showed Samson walking into his apartment with a big duffle bag. 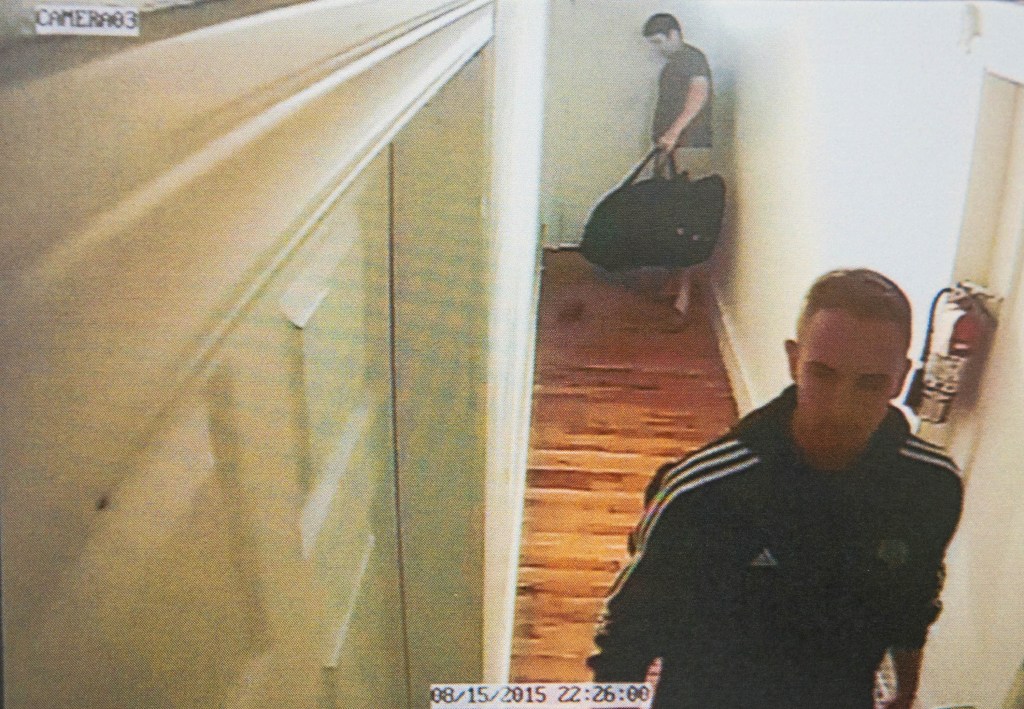 Taylor Samson in the hallway outside William Sandeson’s apartment in Halifax, shown in a screenshot from Sandeson’s surveillance video.

But some of the most damning evidence presented at the trial came from Sandeson’s neighbour, Pookiel McCabe and his friend, Justin Blades. McCabe and Blades testified they heard a loud bang and then walked across the hall and saw a bloody man slumped over a chair in Sandeson’s apartment.

But none of that came out until a private investigator working for Sandeson’s defence team contacted the two witnesses, who originally told police they’d seen and heard nothing the night of the killing.

The investigator, Bruce Webb, tracked down and built a rapport with both men about a year after the killing. They told him they didn’t tell police what they’d seen because they feared Sandeson had connections to organized crime.

Webb convinced them it was safe to tell their stories, and they told him what they’d really seen and heard.

The investigator then spoke to a police officer who lives near him, and told him the two men should be reinterviewed. Webb even helped the police contact and meet with the two men.

The police took new statements from McCabe and Blades and disclosed them to the defence.

The name “Bruce” showed up in the statements, making Sandeson’s lawyers suspicious. When the defence and Webb’s boss, Tom Martin, questioned him about whether he was involved, he denied it.

“Absolutely not,” Webb told his boss.

“I guess I leaned on them too hard,” he told the defence.

While the Crown disclosed the new statements from McCabe and Blades, they did not disclose to the defence how they obtained them until the trial was underway. The Crown said the police never told them either, and said the defence should’ve figured it out themselves.

The defence argued the trial judge, Justice Josh Arnold, should declare a mistrial based on that late disclosure and Sandeson’s right to a fair trial.

Arnold ruled against the defence, and the jury went on to convict Sandeson.

Sandeson originally appealed on 10 grounds, but his lawyers whittled the list down to four:

“I am satisfied the trial judge erred in failing to declare a mistrial,” Justice David Farrar wrote in the decision released Wednesday.

“In my view, it is not necessary to decide the other three issues identified by the appellant, and further, it would be unwise to do so. The issues arising under these three grounds of appeal will likely be the subject of evidence and argument at the second trial. If I were to say anything with respect to them, it would inevitably compromise the ability of Crown counsel, defence counsel, and the next trial judge to consider those important issues afresh.”

“Instead, Sandeson’s lawyers were left completely in the dark, oblivious to the fact the private investigator they had hired, and with whom they had shared defence strategies, was covertly informing the police, in a relationship the police kept secret,” he wrote.

“In my view, the undisclosed information revealed the state knowingly encouraged and then accepted the assistance of a professional in the investigation and prosecution of an accused when that professional was, at the time, retained by that accused for the purpose of assisting him in defending himself against the state. This conduct could be said to have undermined the essence of procedural protections given to the accused.”

While Farrar found Arnold erred in his decision on the voir dire, he acknowledged it was an unprecedented situation.

“I do not want to appear overly critical of the trial judge. The startling revelation of Webb’s relationship with the police, and how to deal with it in the middle of a murder trial before a jury, caught everyone by surprise,” Farrar wrote.

The decision paints the picture of a chaotic trial marred by a big surprise that no one knew how to deal with. There were numerous voir dires — trials within trials — and the trial defence didn’t have adequate time to formulate a response to what the appeal lawyer described as a “betrayal” by the defence investigator.

“While an accused is not entitled to the most optimal procedure or a perfect trial, he is entitled to a fair one and, in this case, a fair trial needed time. Time to meaningfully investigate the Webb issue; time to research; and time to prepare,” Farrar wrote.

The process now begins over again. Sandeson, currently serving a life sentence in prison, will be allowed to apply for bail pending his new trial.