Sorry everyone still reading. Last week I was in Trinidad so no Morning File (thanks Tim for helping out!) and this week I’m leaving for Iowa, so this one will be brief.  I promise back to normal next Saturday!

The corn grows there?  Wow!

Some scattered thoughts on the stories emerging about Taylor Samson:

1) Re: the reports that Samson was dealing marijuana. The news is presenting this as disconnected from any social forces, but it seems to me that maybe this should be a serious wake up call about the impact of tuition fees on students. How exactly do we expect young people to pay for education? Beyond the economic stresses of paying for a university education, there are real psychological and emotional effects on students dealing with poverty, working during their education, pressure about entering the job market with debt, choosing majors that will result in employment, etc. This incident will be likely treated as an isolated tragedy with nothing in particular to do with the university other than both men being students, but it seems to me that for us to keep pretending there’s never any consequences or fall-out from the way austerity impacts not only classroom education, but the environment and culture young people experience in university as a result of economic stressors is incredibly short-sighted.

2) It’s interesting to see the way reporting on drug activity in the South End is different from how the news handles neighbourhoods like North Preston or Uniacke Square. While Black neighbourhoods are subjected to over-policing, profiling, the constant presence of police force, etc., the South End is assumed to be “safe,” and illegal activity is treated like an anomaly. If the suspect and victim were young Black men from Black communities, what pictures would we see illustrating this article? Would there be an interest in protecting “innocent third parties?” As has been pointed out in the reporting of Black shooting victims, white perpetrators often receive more sympathetic coverage than Black victims. I’ve been on both sides of murder trials, and it’s always terrible for both families, but it’s not more tragic because the alleged perpetrator is a medical student, as though the potential of life in prison for him is more of a waste than when young Black or Indigenous men are sentenced.

While the entire Black community is expected to take responsibility for violence in Black neighbourhoods, which is blamed on Black dysfunction, “hip hop culture,” absent fathers and single mothers and all other forms of so-called Black pathology, the “South End community” is not held similarly accountable or expected to speak out against illegal activity or violence in their neighbourhoods.

I used to live by the university, and there’s always been a tolerance for activity by students that is criminalized in other neighbourhoods. Let Indigenous people be drunk on the street yelling at 3am and see if the police come, but we are taught to tolerate and indulge students and accept it as part of just young people being young, as though there’s no real danger, not like those “other people.” It is this same culture of tolerance and turning a blind eye that leads to high rape rates on campus. Again, the way the Frat House is treated versus the way “known drug residences” are treated in other neighbourhoods is noticeable.

3) I’ve been through murder trials both with families and loved ones of victims and of perpetrators. It’s incredibly traumatic for both families. I know it’s hard to have sympathy for the perpetrators of violent crime, but having been through it, and worked with people doing life as well, my heart always breaks for everyone involved. When we talk about prison justice, many people understandably draw the line at murderers, but until you’ve been through court and been beside someone going through the prison system, perhaps it’s hard to understand exactly how awful it is even for those who are guilty. It’s really just indescribable and nearly impossible to talk about. 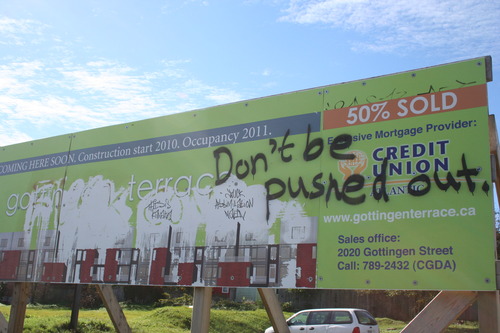 I have nothing against graffiti art and certainly not against the specific artists in this article, and I enjoy murals too! But I can’t help but notice that of course this would be based in the Hydrostone aka we are really the North End but pretend not to be so that association with Black people doesn’t bring down our property values (remember when they changed the name of Gottingen to Novalea?)

Anyway, I think it’s worth thinking about how gentrification and art intersect — and that graffiti becomes “art” at the point when it’s divorced from Blackness, or from Black protest/resistance in neighbourhoods and is made respectable. It’s no coincidence that at a time when Black people are being cleared out of the North End, Black cultures and artforms continue to be appropriated, repurposed and made acceptable — so that we can have all the style of Blackness without the inconvenience of Black people. When does Black culture become accepted as “art” and how often is that acceptance at the point where Black politics and Blackness are successfully erased?

And this is no shade to Hope Blooms — everyone loves Hope Blooms — but it sometimes seems like as long as businesses “work with Hope Blooms” it’s supposed to provide cover for all the other ways businesses in the North End collaborate with gentrification. It’s like, if people support Hope Blooms, somehow it makes up for closing schools in the neighbourhood, or pushing people out to North Dartmouth, or the health problems suffered in the community, or the continued marginalization of education and employment for young people, or racism, etc.

Perhaps especially since I just got back from seeing family in the Caribbean, the reporting of this story about Hurricane Danny rubs me the wrong way. Of course the parent is concerned about his son’s safety, and I know the news is always looking for local angles, but this story just comes off like it only matters if tourists are safe, but who cares about all the people who actually live in the Caribbean just as long as we get the Nova Scotians out quickly. I have family-in-law in Grenada who regularly have their homes destroyed, but we rarely see news about that. Tourist economies create racial and economic hierarchies where local people become marginalized and second-class in their own countries, which have to cater to tourist dollars in order to survive, and that seems to be reflected in this article. 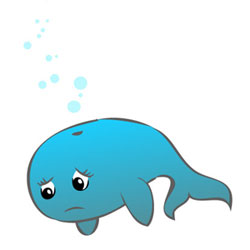 This quote really says it all:

“If you can’t sleep at night for a week because the stench of death is wafting in your window, that affects your health.”