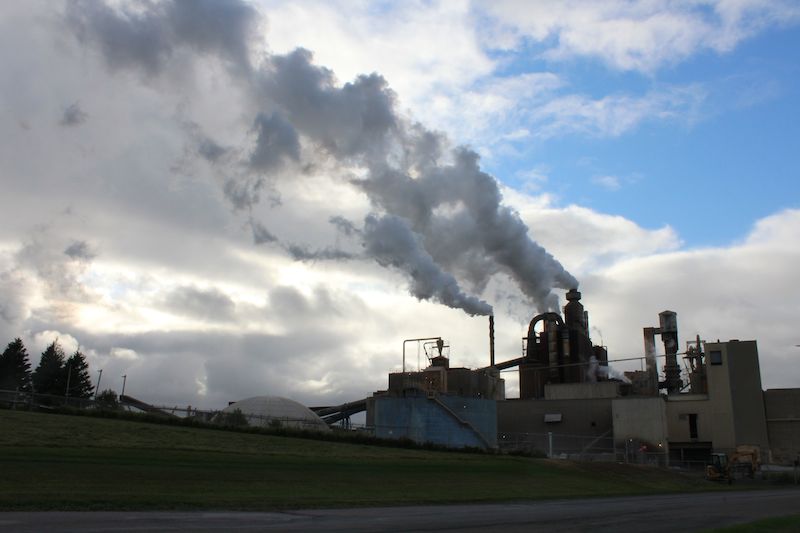 Dan Reid, a former Liberal MLA and a doctor in Pictou, slams former PC premier John Hamm, who is also a doctor, for sitting on the board of the local holding company for Northern Pulp Mill. Reports the CBC:

Reid feels Hamm’s role on the board contravenes the ethics of the Canadian Medical Association and cited article seven under the code which says, “Resist any influence or interference that could undermine your professional integrity.”

Reid raises a valid point. The Registry of Joint Stock Companies confirms that Hamm is a director, and why after all the news reports about the mill over the past few months, are we only learning of this now?

The CBC frames the issue as a “personal” conflict between Reid and Hamm and quotes Jamie Baillie saying Reid is making a political attack, but Hamm’s presence on the board bespeaks a political and corporate culture of mutual back-scratching, and yes, it should concern us.

Metro Transit has rebranded itself as Halifax Transit, but it’s still holding onto old ways of looking at scheduling. Despite council’s order that the agency conduct an “overall system review” of its scheduling and transition to a high frequency transfer-based scheduling, transit managers have given council the raspberry and said, well, we’ll make some small tweaks here and there, but forget about your overall system review. This looks to me like staff insubordination, but of course council won’t do anything about that.

Meanwhile, the It’s More than Buses advocacy group, which unlike Halifax Transit took council’s desire for change seriously, will unveil its proposed high frequency transit network next Thursday at the Bus Stop Theatre.

The province has allowed clearcutting on the former Bowater Mersey lands. This is still more anecdotal evidence for my suspicion that in spite of the dying paper industry and the closure of mills, Nova Scotia is timbering at record rates, which in turn is a contributing factor to the problems at Northern Pulp Mill. The attitude seems to be that there soon will be no money in trees, so we might as well cut them all down now.

People aren’t buying many tickets in the Dream  to Dare lottery meant to be a fundraiser for Bryony House. The CBC notes that the lottery is facing “stiff competition” from the Queen Elizabeth II Health Sciences Centre’s annual lottery.

Lotteries probably aren’t the best idea for funding worthwhile social programs, and lotteries with high-lifestyle prizes strike a discordant note to my ear. Maybe we should get back to levying taxes to pay for the services we need.

Saint Lou’s is a consciously retro barbershop in Historic Properties. Men show up for a cut and while waiting, owner/barber Rob Oxnard offers them a coffee or a beer. Well, offered. Now there’s no more beer because some anonymous person thought a free beer while waiting for a haircut is a threat to law and order, and sicced the cops on Oxnard. “No more beer due to an anonymous complaint,” says Oxnard sadly on Instagram: 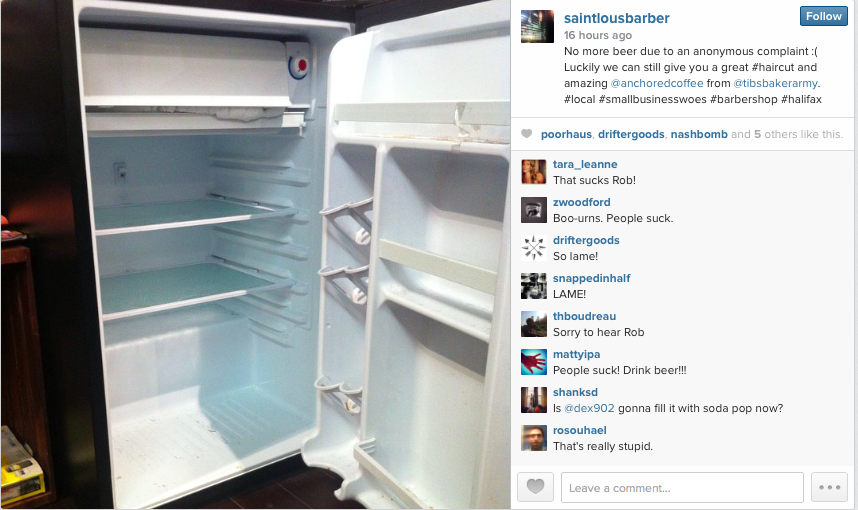 1. Starving slaves out on Scatarie

My short piece yesterday about the history of slavery in Nova Scotia prompted Parker Donham to pen a fascinating post about a recurring line in Cape Breton folk songs: “starving slaves out on Scatarie.” Says Donham:

Was the singer bemoaning the impoverished circumstances he and and his brother found themselves in, “like starving slaves out on Scatarie,” with “like” having somehow morphed to “and?” That’s not how I hear it, but if this was the singer’s intent, how on earth would he come up with a phrase like, “starving slaves out on Scatarie?” It seems exceedingly unlikely that a lightkeeper’s family would have kept slaves on the island. Had slaves perhaps been shipwrecked on Scatarie at some point during the Middle Passage?

Besides the mystery of the Scatarie slaves, Donham posts a fun recording of Amby Thomas of Deep Cove singing a song with the line, and a YouTube recording of Norma Waterson’s When I First Came to Caledonia, which also contains it.

The Westlock County, Alberta council’s failure to fully vet former Halifax Mayor Peter Kelly before hiring him as county CAO “at best shows a lack of judgment and at worst shows complete negligence in fulfilling their roles as representatives of Westlock County residents and guardians of that organization’s purse strings,” says the Westlock News. “It’s embarrassing, to say the least, and councillors will doubtless face some tough questions from their bosses as a result of this hire. If you read the comments online and listen to the scuttlebutt around town, calls for resignations are already coming in.”

The paper adds that “it makes a lot more sense now why [Kelly] wanted his identity kept a secret until Sept. 2, when he was formally appointed to the position.”

The paper’s online poll question is “Did Westlock County council do its due diligence in the hiring of Peter Kelly?” Eighty-eight percent of respondents answered no.

Appeals Standing Committee (10am, City Hall)—come hear your neighbours explain why they don’t have to obey city bylaws.

Community Planning and Economic Development Standing Committee (2pm, City Hall)—Back in 1998, Halifax council approved the placement of the Norwegian Memorial Stone at Sackville Landing Park on the condition that the stone will bring “no cost to Halifax Regional Municipality. This includes no future maintenance costs to HRM.” The costs of on-going maintenance were to be paid by the “local Norwegian Community.” But no longer. The “future” ended yesterday, and today the city will assume the maintenance costs of the stone.

Design Review Committee (6pm, City Hall)—The committee will look at the Cunard Block, a proposed 17-storey building on the waterfront at the foot of Morris Street. The building looks like one of the cruise ships ran ashore. I don’t know if that’s a good or a bad thing, but I doubt it’ll ever be built.

Biochemical and Molecular Biology Seminar (4pm, Theatre D, CRC Building)—Jason Berman of the Department of Pediatrics And Pathology will present on “The Zebrafish: A Versatile Platform for Drug Discovery.”

“A pair of CMEs [coronal mass ejections] is heading for Earth,” reports NASA. “The two solar storm clouds were launched on Sept. 9th and 10th by strong explosions in the magnetic canopy of sunspot AR2158. NOAA forecasters estimate a nearly 80% chance of polar geomagnetic storms on Sept. 12th when the first of the two CMEs arrives. Auroras are in the offing, possibly visible at mid-latitudes before the weekend.”

Of course it’s going to rain in Halifax Friday, so we’ll probably miss the auroras.

Maasdam to sea
Amadea to sea
Carnival Splendor to sea

This event is happening today, and I intend to make as much of it as possible: 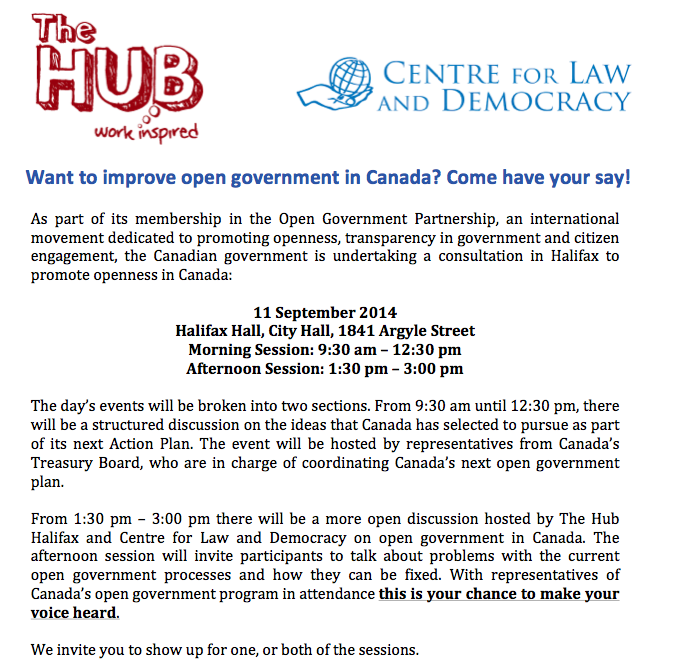