You are here: Home / Featured / “No Reason to Treat Us Like Garbage”: Life and Death in Canadian prisons

When we hear stories about prison conditions in the United States, people in Canada often believe that these injustices do not happen in our prisons and jails.

This is a mistake.

I have been hearing for a long time from women serving weekends in Central Nova Scotia Correctional Facility and their family members about the terrible conditions they are subjected to. 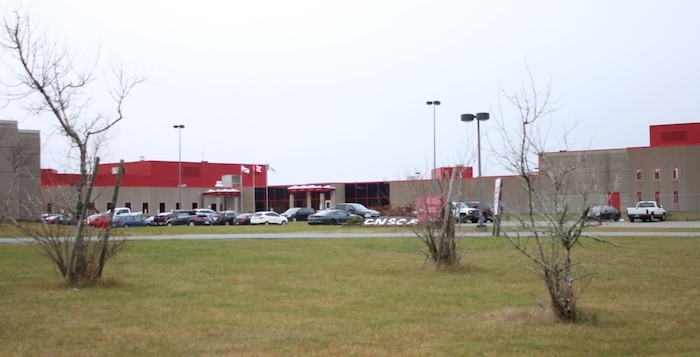 According to women who have served intermittent time in the Burnside facility, feminine hygiene products are not adequately available to women on the weekend range. Women have reported coming in with a tampon inserted and having to leave it in for extended lengths of time, or having to resort to stuffing toilet paper in their underwear. Women have also struggled with getting access to clean underwear and other hygiene products. Being forced to bleed on their clothes or be unable to properly wash their bodies is extremely degrading and humiliating and leaves the women feeling “like animals.”

Women also allege that mental health services are not accessible over the weekends. One woman described how it took four years for her to be sentenced, and in that time the stress of her case resulted in significant mental and physical health challenges. During her weekend sentences, she experienced severe urges to self harm, but she was not able to talk to anyone.

Women have also reported that the weekend range is infested with ants. This problem has apparently existed for a long time, and is not improving. While the province is investing $1 million in body scanners, including two for use at the Central Nova Scotia jail, women are sleeping with ants crawling over their bodies, and they say they have been told that funds for extermination are limited. Women report that they have complained repeatedly, but nothing has been done. 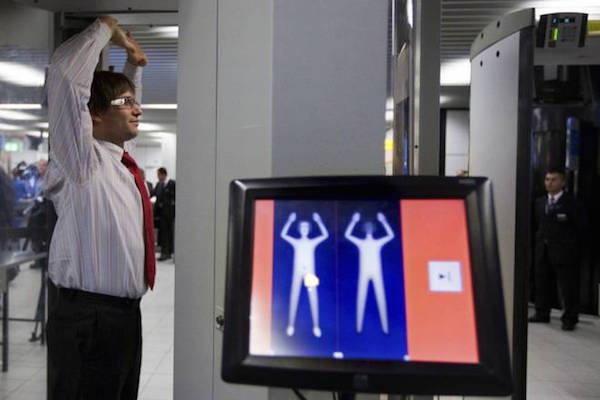 The women also say they have no access to the day room while they are serving weekend time, so they cannot get books or other recreational products. One woman who is attempting to complete her GED during her sentence shared that although the GED books are available, she could not get a calculator to complete the math problems. Women also have had difficulty getting pens or paper. The inability to engage in basic activities like reading or writing to pass the time and occupy their minds also has a significant effect on the mental health of those serving sentences.

While the perception may be that since weekend sentences are “short” (Friday night to Monday morning), a couple of days without access to hygiene products or books or clean clothes is no big deal, denying women serving these sentences basic rights and dignity should not be acceptable just because they return to the community for the week. While no prisoner should be subjected to degrading conditions no matter what they are accused or convicted of, people serving weekends are convicted of extremely minor crimes, and many maintain jobs and are responsible for caring for children during the week. They should not be subjected to more severe conditions of incarceration just because they can shower or change on Monday. 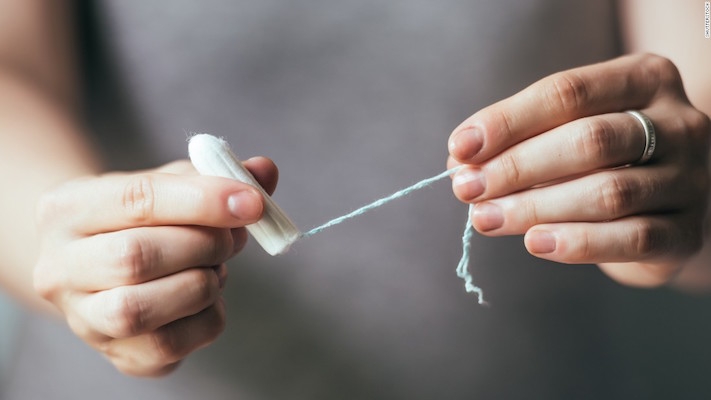 Many women describe how the conditions they experience over the weekend significantly impact their mental health in the rest of their life — for example, one woman parenting a child with significant developmental challenges spoke about the difficulty of spending the weekend suffering in jail, and then spending the week at the hospital with her child while struggling with depression and anxiety caused by the conditions during her sentence.

Because they must return to the jail every weekend for their sentences, and because many of them feel their employment or custody is vulnerable because of their record, these women are afraid to speak out about the conditions they face in case they experience retaliation. Women reasonably fear that if they complain, their employers or families may find out that they are serving time.

This extreme vulnerability and fear of being exposed as “criminal” has made women unable to advocate for themselves and scared to contact services like the Ombudsman or justice advocates even when they are “free” during the week, and so the conditions have persisted. And because the women are serving on weekends, they have little or no access to what advocacy services there are inside the jail.

Many women are living in extreme anxiety all week for months as they anticipate returning every weekend into traumatic and humiliating conditions. As one woman put it, “we make mistakes in life, we pay for them, and that’s how we learn and grow, but there’s no reason to treat us like garbage.”

Editor’s note: We’ve asked the Justice Department for comment, and will update this post when they reply.

2. Another Death in Custody

Another man has died in custody in New Brunswick, reports Rebecca Lau for Global:

An inmate has died at the Southeast Regional Correctional Centre in Shediac, N.B.

The 49-year-old man was found unresponsive in his cell on Thursday night.

The Department of Justice and Public Safety says staff called 911 and tried to revive the man, but he died at 6:35 p.m.

“Efforts on behalf of correctional officers and medical staff to apply first aid, including the use of an automated external defibrillator (AED), were unsuccessful,” the department said in a statement.

“Paramedics were on site to provide resuscitation procedures.”

Coroner Services and the RCMP were notified of the death and will be investigating. As well, Correctional Services Canada will launch an internal review.

The department says they will release the man’s name once next of kin are notified. 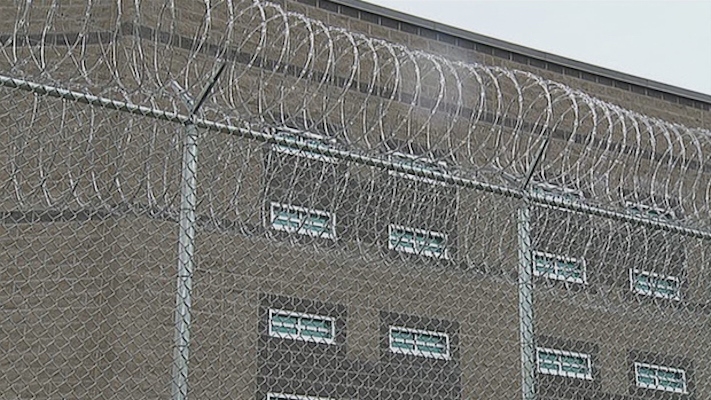 In New Brunswick, as in Nova Scotia, there is no requirement for a public inquiry following a death in custody.

Not only is there no public inquiry, but finding out the number of deaths in jails and the names of the deceased is a struggle. As Karissa Donkin reported for CBC in 2016:

A CBC News investigation has found that 13 people have died inside [New Brunswick] provincial jails since 2004 but only four cases have been subject to a public coroner’s inquest.

The provincial government has agreed to start telling the public when an inmate dies in jail.

But the Department of Public Safety won’t apply its new policy retroactively to provide details about the 13 deaths.

In the death of Matthew Hines in Dorchester Penitentiary in 2015, officers who beat and then pepper sprayed Hines repeatedly in the shower while he begged for his life cleaned up bloodstains from the scene, and claimed they found Hines in distress. Staff filed false reports, and lied to Hines’ family. As Donkin reports, the guards involved were not disciplined until 15 months after Hines’ death. Two officers have since been charged with manslaughter and criminal negligence. 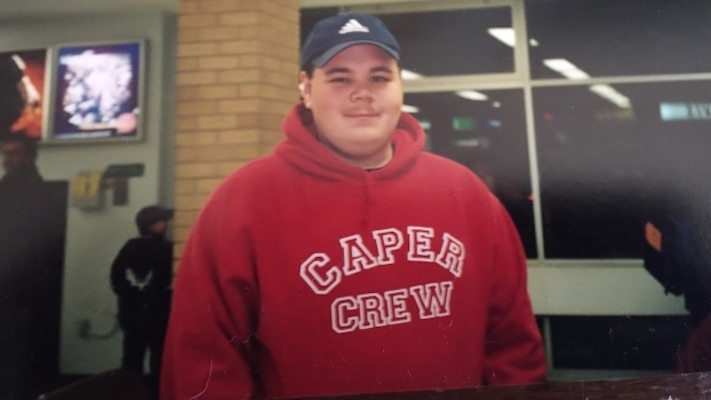 There was recently a fire at the Shediac jail in October started by cigarette butts in a employee-only area. Justice Minister Denis Landry described the smoking of staff in a non-smoking jail “disappointing,” Karissa Donkin (again!) reports here on the fire investigation, and also notes:

One day before the fire, the province’s ombud emailed the deputy minister of justice and public safety to raise alarm bells about rising tension at the Shediac jail between inmates in general population and protective custody.

Charles Murray’s office saw a spike in the “volume and nature” of calls with complaints about the jail. The ombudsman is responsible for investigating complaints for provincial inmates.

“None of our investigators (some of whom have been with us 20+ years) can recall anything comparable,” Murray wrote in an email to deputy minister Mike Comeau on Oct. 24.

Employees were doing their best, Murray wrote, but the tension level wasn’t coming down.

“We’re concerned a major incident is likely if this trend continues.”

Ironically, the jail fire may have helped defuse some of the tension.

The unit that remains out of order housed maximum security inmates, who have all been moved to other jails, Murray said in an interview Friday.

He also believes the fire improved relationships between staff and inmates, who had to work together to escape the fire. 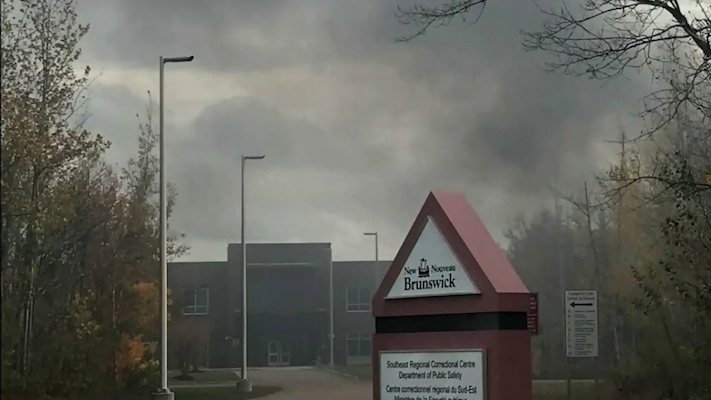 So we have a death in a jail where employees have recently been revealed to have been violating policy and bringing contraband to the facility, at a time where there were prior concerns about the likelihood of a major incident and an unprecedented level of complaints, in a facility where there has recently been massive upheaval due to the fire and where the building itself is damaged, disrupting staff and housing arrangements.

Yet an internal investigation — which apparently can’t find a smoker who caused a serious fire — is to be trusted to tell the truth about the deaths of people in custody and to be honest about any failures by staff that might have prevented this death, or worse, contributed to it.

We know that staff were revealed to be willing to break the rules by smoking and endangering the facility — and that the rest of the staff are presumably also protecting the smokers and not revealing who they are since the investigation is still ongoing — but we are told we can trust that an internal investigation will be sufficient to hold any staff accountable in this death if it’s necessary.

In 2014, officers from the facility held a protest about their frustrations with their contract and working conditions.

The correctional officers are also raising concerns about the dangers they say they face on a daily basis.

“We deal with violence, threats of harm against officers and our families, we deal with contraband weapons, we deal with riots, uproars and disputes,” says local CUPE president Cindy Welling. 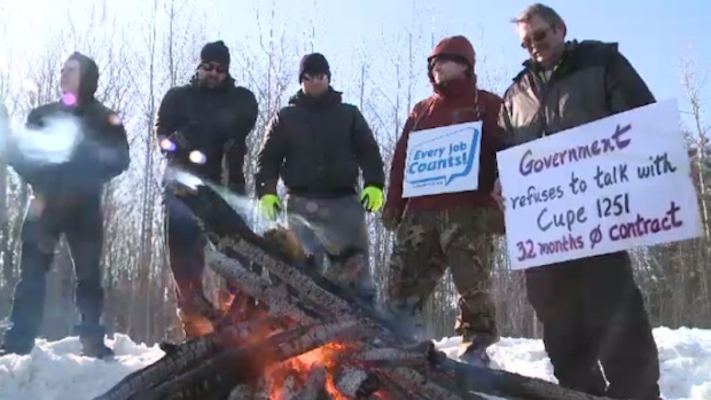 It’s of course possible that staff could have done nothing to prevent this death. We have no information at this point to know what happened. The point is that in order to determine what happened in a transparent and believable way, we should not be relying on internal investigations in facilities that hold complete power over the people inside, by institutions that have been shown repeatedly to “misrepresent” events inside their walls, and that historically have covered up, stonewalled, and prevented access to information about these deaths.

Every death in custody should warrant a full and public investigation. More than a dozen deaths in provincial custody in a little over a decade should be causing alarm. Sherene Razack has written about how deaths in custody are seen as inevitable, just what happens to those kinds of bodies. Consistently, the death is read as just a problem within the weakened body (by drugs or alcohol, by the streets) and not caused by policies in the jail, neglect by staff, or by the practice of jailing instead of treating people in mental or physical distress. Rather than reading deaths in custody as a systemic problem, the jail is seen as a place where the person was sent to be saved, a place that just can’t prevent deaths from the things people do to themselves.

And I can’t help but think that if the victims of deaths in custody weren’t so often people suffering with mental illness, people with addictions, and people who are transient, that perhaps there would be more political will to care about preventing more deaths and getting justice for families.