You are here: Home / Featured / “No one cares about Assoun, tsk, tsk, tsk”

Dave Moore is the former RCMP officer who suspected that serial killer Michael McGray, and not Glen Assoun, murdered Brenda Way, even though Assoun was convicted of the murder in 1999.

Moore repeatedly tried to get his colleagues interested in his investigation, but they were not interested. In fact, without Moore’s consent, computer files he had uploaded were deleted and paper evidence he had collected was destroyed, and Moore was transferred out of his unit.

Glen Assoun was released from prison in 2014, but not fully exonerated for the murder of Brenda Way until March 2, 2019.

As a result of a successful court action taken by the Halifax Examiner, the CBC, and the Canadian Press, court files related to Assoun’s wrongful conviction were unsealed last month. That’s when we learned about the destruction of Moore’s evidence.

Yesterday, Moore sent the Examiner a video of himself discussing his views on a potential inquiry into Assoun’s wrongful conviction.

Moore says he would support an inquiry if it were held on “neutral ground” in Ottawa, but not one held in Nova Scotia. “Going back to the same people who were involved in the corruption in the first place is a mistake,” he says.

Moore says that there have been seven previous inquiries into wrongful convictions in Canada, but none of the recommendations coming out of those inquiries have been implemented.

“However,” he says, “if you use the Assoun case as a catalyst to enforce or implement the recommendations of those seven … inquiries, then the name Assoun will go down in history as being responsible for trying to make things better so other people don’t have to go through the same thing.”

Moore goes on to say that the Assoun wrongful conviction was both an attack on Glen Assoun and a personal attack on Dave Moore.

“I believe that Mr. Assoun was collateral damage in an effort to come after me for getting too close to an investigation that might reveal something other than what the Halifax Regional Police had already come up with [i.e., that Assoun killed Way],” says Moore. “Every time I got close to an investigation for somebody they were trying to protect — in this case an amalgamation with Halifax Regional Police, they were trying to protect the reputation between the two departments — that I was disposable, that I was in fact removable and quarantined. And by focussing my efforts in a new direction, the entire Assoun matter would fall. No one would care.”

Moore says that after his transfer, he asked an officer in the Criminal Investigation Branch (CIB) of the RCMP who would pursue the Assoun case.

Moore does not name the CIB officer in the video, but he tells the Examiner it was Dan Tanner.

[This item is mirrored here.] 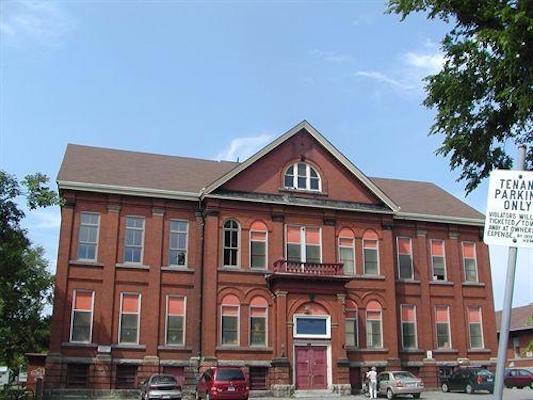 “About 200 people attended a town hall meeting on Tuesday night to discuss the future of the Maritime Conservatory of Performing Arts, a performing-arts school and performance venue in the historic building at 6199 Chebucto Road in Halifax,” reports Victoria Walton for The Coast:

Olga Milosevich was the only MCPA board of governors member at the town hall, and she explained to the crowd that she’s lost faith in her colleagues. “The board is a very non-transparent board. Everything is done in secrecy,” said Milosevich, the board’s vice chair.

Last year, faculty got word that the board was in talks to sell the building, which is becoming increasingly expensive to maintain. The estimated cost of needed repairs is around $6.5 million.

Now, though, the issue has become less about the building, and more about the management of the organization.

Police have charged the driver in a vehicle/bicycle collision that occurred on July 24 in Herring Cove.

At 6:20 a.m., Halifax Regional Police responded to a vehicle/bicycle collision in the 1400 block of John Bracket Drive. The 54-year-old woman operating the bicycle sustained life-threatening injuries and was transported to the hospital.

The 24-year-old male driver of the vehicle was not injured and was issued a summary offence ticket for a vehicle passing a bicycle when travelling on right when there is less than one meter between the vehicle and cyclist contrary to 171(b)1 of the Motor Vehicle Act.

The driver is scheduled to appear in Halifax Provincial Court at a later date. 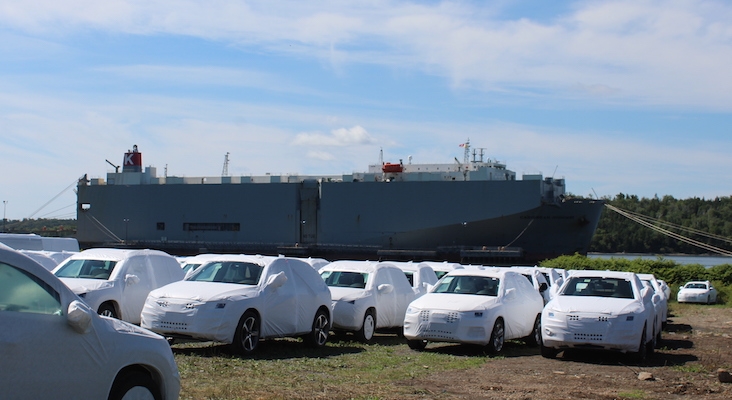 “Halifax’s Autoport has to foot the $10,000-per-day bill for the storage and preservation of 2,500 damaged BMWs, an Ontario court has ruled,” reports Andrea Gunn for the Chronicle Herald:

The recent Ontario Divisional Court ruling overrides a previous decision, which was appealed by BMW, ordering the luxury automaker to pay.

It’s all part of a much larger lawsuit: BMW is suing Autoport for $175 million over allegations that improper storage led to the damage of 2,966 BMW and MINI via exposure to excessive ice, water and salt during the winter of 2015.

Deep Learning Applied to Wind Time Series Forecasting (Thursday, 11:30am, in the auditorium named after a bank, Goldberg Computer Science Building) — Jaume Manero from the University of Catalonia in Barcelona will speak.

We’re back to the slow news days of summer. I could try to dredge up more stuff today, but it wouldn’t be terribly interesting and I have other things to do.