You are here: Home / Featured / 9 new cases of COVID-19 in Nova Scotia; over 3,000 tests conducted yesterday

Nine people tested positive for COVID-19 in Nova Scotia yesterday; all of them were in the Central Zone. There are now 119 active cases in the province.

One of the new positive cases is a student at Bedford South School. Everyone in the child’s class and all other close contacts will be tested.

The single-digit new case number may come as some relief, as on Tuesday, Chief Medical Officer of Health Dr. Robert Strang said he expected continued high numbers for the next week to 10 days. On Tuesday, the province announced 37 new cases. But, “we are not out of the woods,” said Strang today, and urged continued strict adherence to the latest restrictions.

The low numbers of positives come amid an impressive increase in testing. Nova Scotia Health’s lab processed a record 3,109 tests yesterday, and an additional 1,142 tests were administered at the rapid-testing pop-up site in downtown Halifax.

Here is the graph of daily new cases and the seven-day rolling average since the second wave began on October 1: 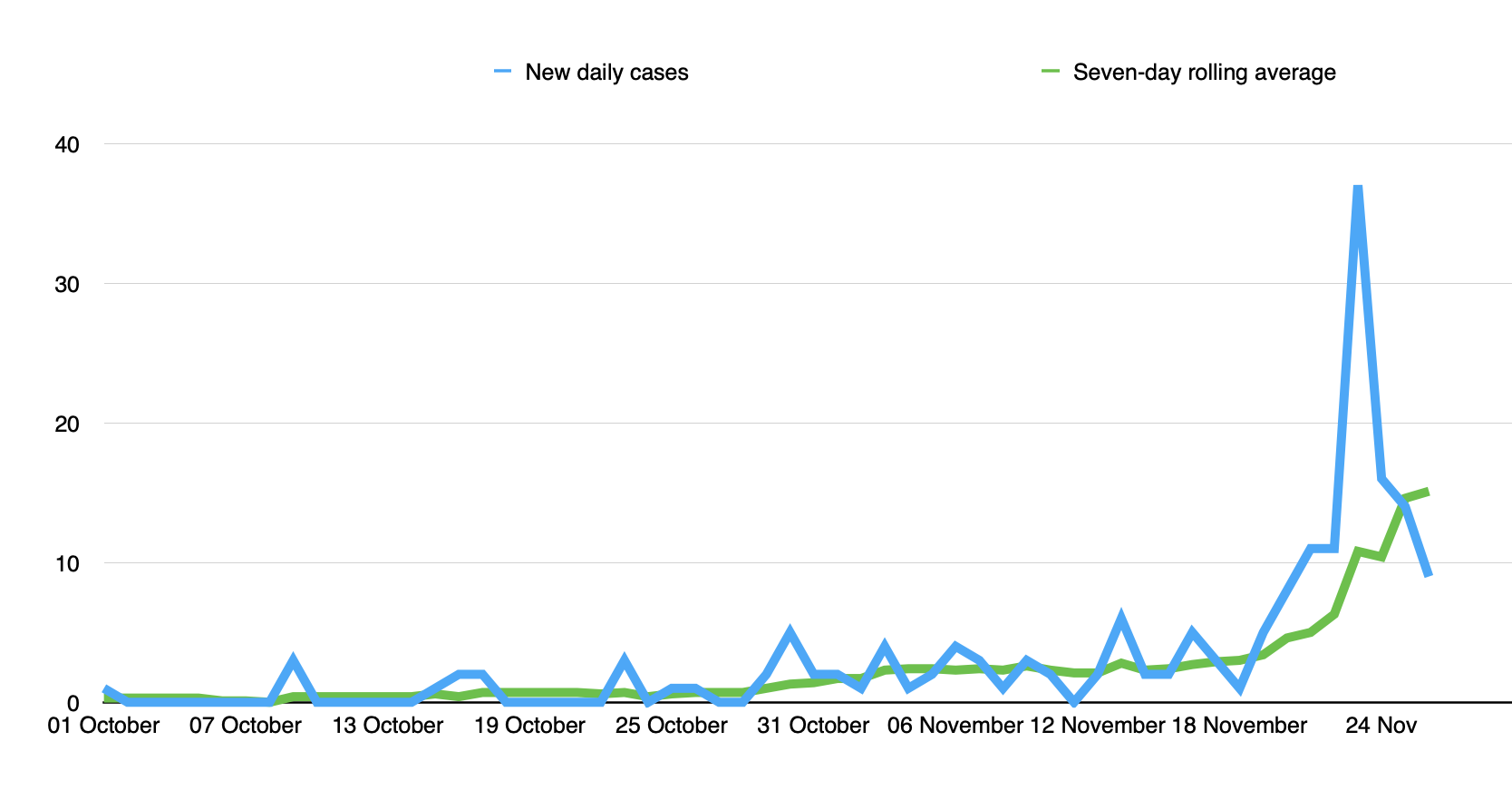 And here is the graph of known active cases in the province since the pandemic began: 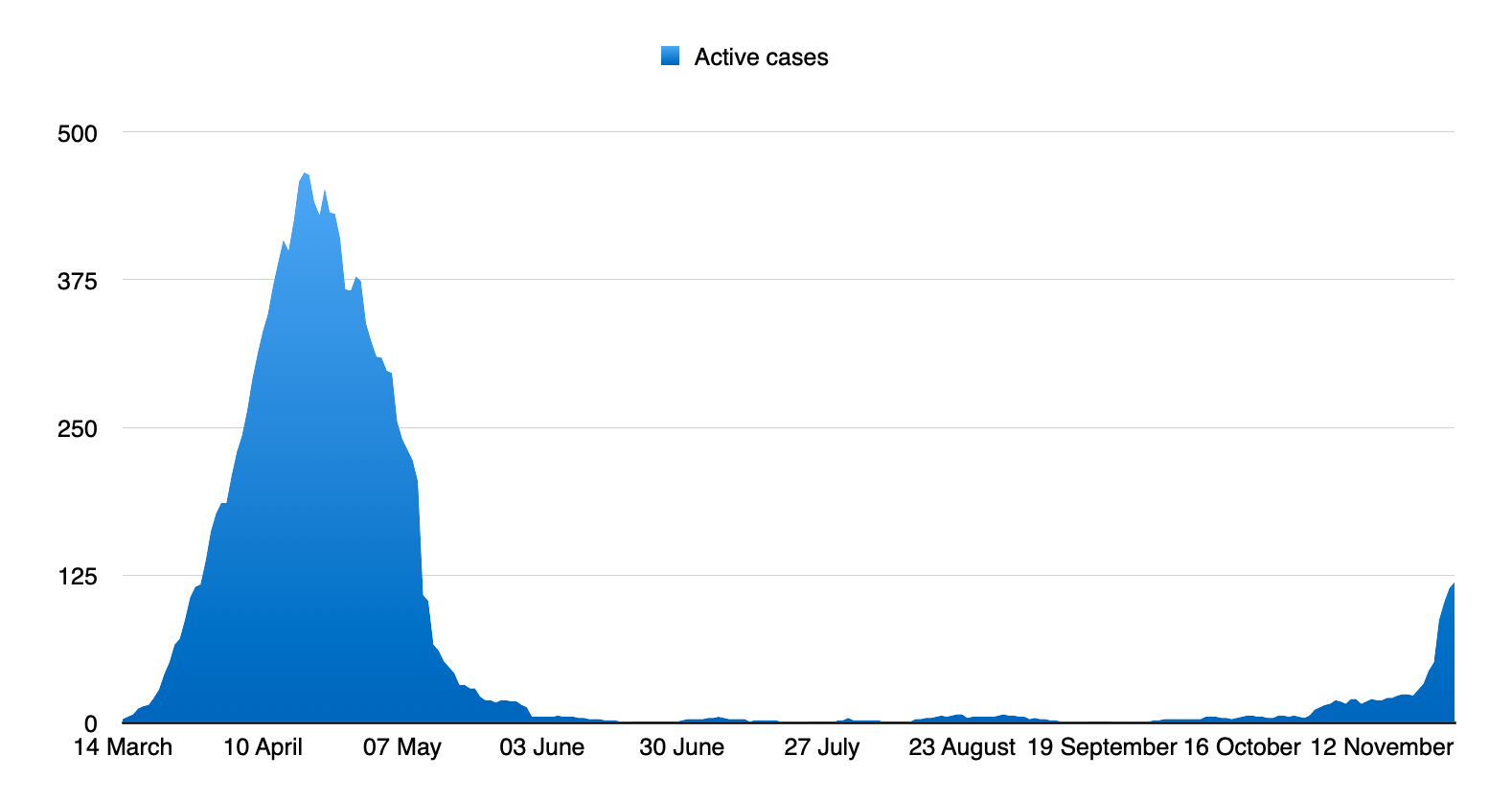 Public Health hasn’t yet sent out new advisories of potential COVID exposures today, but when it does, I will update the potential advisories map: