You are here: Home / Featured / New 24-hour shelter opening in Truro this summer

A new 24-hour shelter will open in Truro this summer in response to an increase in the number of people experiencing homelessness in the town and Colchester County.

The shelter, which will be operated by the Truro Housing Outreach Society, will replace the current 16-bed shelter the society runs in a commercial district on Prince Street in downtown Truro. That shelter operates from 6:30pm to 8:30am seven days a week.

“The rate of people experiencing homelessness in our area has been going up every year,” said Krista McNair, executive director with the Truro Housing Outreach Society said in an interview with the Halifax Examiner. “Throughout the pandemic, we saw the rate of vacancy of beds was always at capacity with multiple people always on the waiting list. The need for a larger facility with more social distancing space was required.” 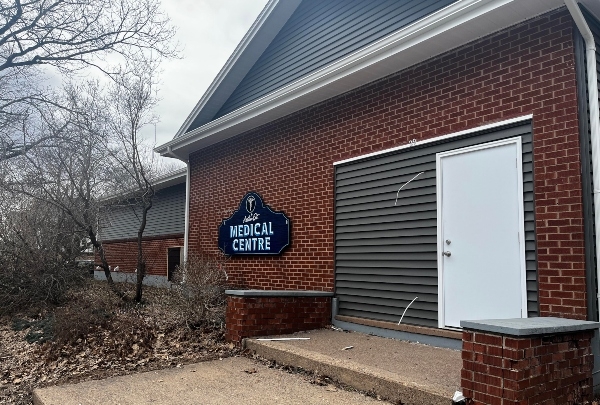 The new shelter, which is located on Arthur Street in a quiet residential area with outdoor space, will have 25 beds and is fully accessible. A large common area inside the shelter will host programs for clients, and there’s a plan for an outdoor community pantry. The money for the new shelter and renovations to the building came from the COVID-19 response from the federal government’s Reaching Home: Canada’s Homelessness Strategy.

Construction of the shelter is underway, but McNair said there have been delays because of availability of the contractor and some materials on back order. Still, renovations at the shelter are 75% complete.

“We hope by the end of summer, but I hope it would be sooner,” McNair said. “We’re at the mercy of the industry right now. We have an excellent project manager who’s boots to the ground trying to push forward.” 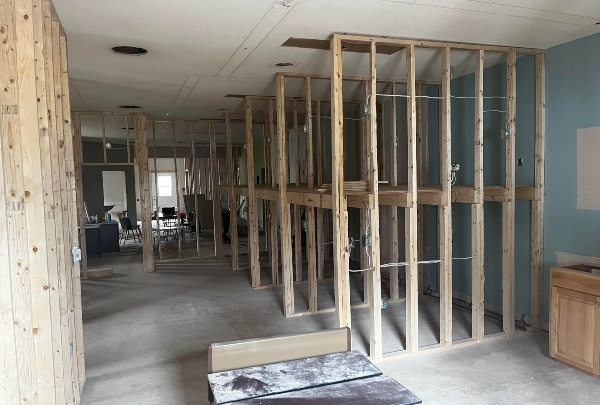 The society has kept track of statistics on who’s staying at the current shelter. For the fiscal year ending March 31, 2021, 52 clients used the emergency beds at the shelter. Of those clients, 6% were youth and 14% were seniors. Twenty-nine percent of those clients said a lack of housing was the reason they needed a bed. That year, 41% of the clients were discharged into housing with assistance from the society and its programs.

For the year ending March 31, 2022, 80 clients used the emergency beds. Of those clients, 16% were youth ⁠and 16% were seniors. There was a modest decrease in the number of clients discharged into housing with the society’s help. That number went down to 32% from 41% the previous year.

McNair said there are several reasons for the increase in the number of people experiencing homelessness in Truro and Colchester County, including the new residents who arrived in the area during the pandemic. But also a lack of a variety in the housing stock.

“We also see a lack of social or community housing and the wait lists for that can be two to three years,” McNair said. 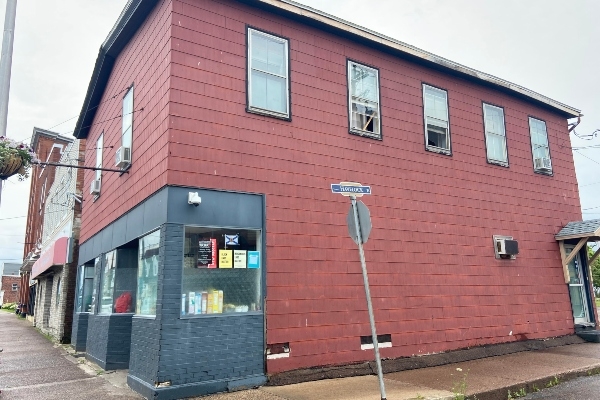 McNair said they’ve seen a drastic change in the demographics of their clients.

“We’re seeing working professionals. We’re seeing students just before September coming to us saying they’re enrolled for post-secondary students, but have no place to live. We’re seeing seniors who are being renovicted,” McNair said. “There is a lack of options for individuals and single-parent households.”

As for the rental stock in Truro, McNair said larger, international corporations are buying up the town’s Victorian homes from smaller landlords.

She said a report called the Affordable Housing Needs & Supply Study for Truro and Colchester that includes data collected in the spring of 2021 provided a look into homelessness in the area. Here are some key highlights from that study:

“I do see that the province and government have recognized this is not just an urban issue,” McNair said. “The rural areas also need the support.”

McNair said while small towns and rural areas have a lot in common with cities regarding homelessness, many unhoused people are also hidden.

“We have folks who are living in the woods or under bridges or maybe they’re just staying in precarious housing situations, perhaps where there’s abuse or whatnot,” McNair said. “I think that there’s also migration as well. If you have shelters that are full in the city, folks may hear of a shelter outside in rural areas and migrate there. We don’t see that, honestly, because we’re full most of the time and have a waitlist.”

The society is also taking a proactive approach to keeping people in the county in their homes. McNair said the society started a housing support program late in 2020 that’s open to anyone living in Colchester County after the province approached the society with a housing support worker who could start up the program. That program, which served 195 clients between November 2020 and March 2021, focuses on measures such as shelter diversion, eviction prevention, and helping clients navigate programs like public housing and rent-subsidy applications. The program also offers follow-up care for tenants.

“It’s really a more intentional housing focus approach,” McNair said, adding they’re ready to hire a second housing support worker. “We have a relationship now with several landlords who know we will essentially connect them with clients from the community because this is a service not just for the shelter, but for all of Colchester County,” McNair said.

McNair said they also work against the small town mentality that often sees tenants put on blacklists that are shared among landlords. She said the society works to build a rapport with landlords so they can connect them with tenants with the highest need or who are the best fit. She said the program also offers support and can mediate if there are issues between landlords and tenants, and can arrange for check-ins with clients to see if there are any needs.

The society also offers weekly housing clinics that are open to everyone. The first clinic was held in April and 46 people registered. McNair said about one-third of those people have been housed since then.

“Just having a group setting, honestly, it’s us being able to have an empathetic approach to advocacy,” McNair said. “It helps folks know they’re not alone. It’s been quite great.”