You are here: Home / Black Nova Scotia / Museum makes case to UN committee to designate Africville as an international site of historic memory 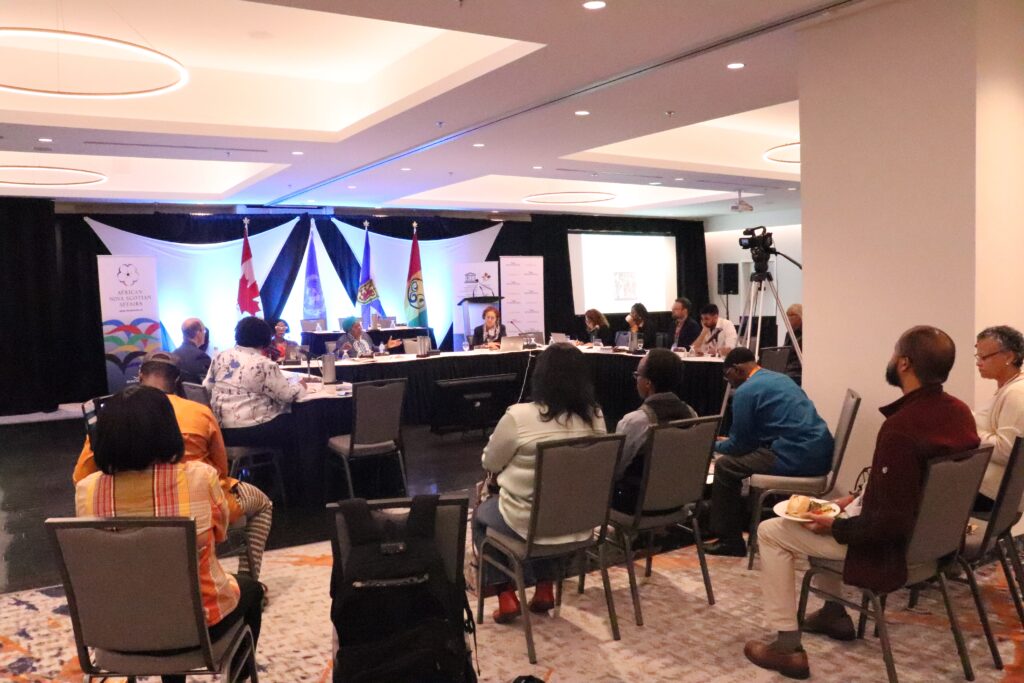 A scientific committee with the United Nations heard a presentation about why Africville should be designated as an UNESCO international site of historic memory. The committee with The Routes of Enslaved Peoples Project met in Halifax last weekend. As the Examiner reported last week, it was the first time the project, which was created by UNESCO in 1994 to help research and raise global awareness and understanding of the many complexities and lasting consequences of the transatlantic Slave Trade, met in North America. 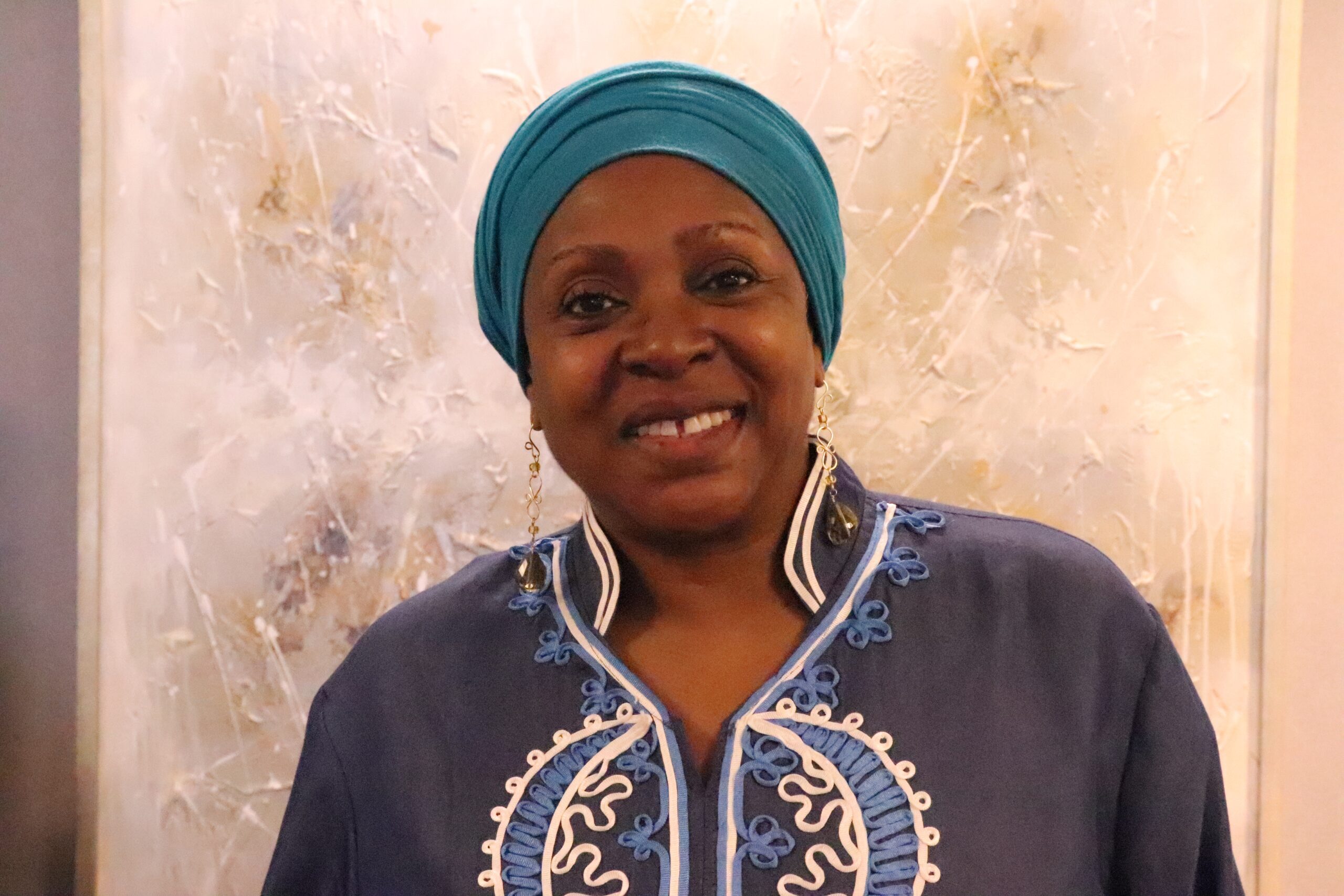 On Friday afternoon, after hearing presentations and panel discussions on topics such as the Black Loyalists, the Sierra Leone Exodus, and present-day Afrocentric education programs in the province, the committee heard from Juanita Peters, the executive director of the Africville Museum, and Carm Robertson, the museum’s educator, who shared the history and plight of Africville and its former residents.

In an interview last week with the Halifax Examiner, Dr. Afua Cooper, who teaches Black Studies at Dalhousie University and is a member of the project’s scientific committee, revealed that that the Africville Museum is in the process of submitting a proposal to the UN to have Africville designated as an international site of historic memory. Robertson’s presentation to the committee also made an argument in favour of the designation. 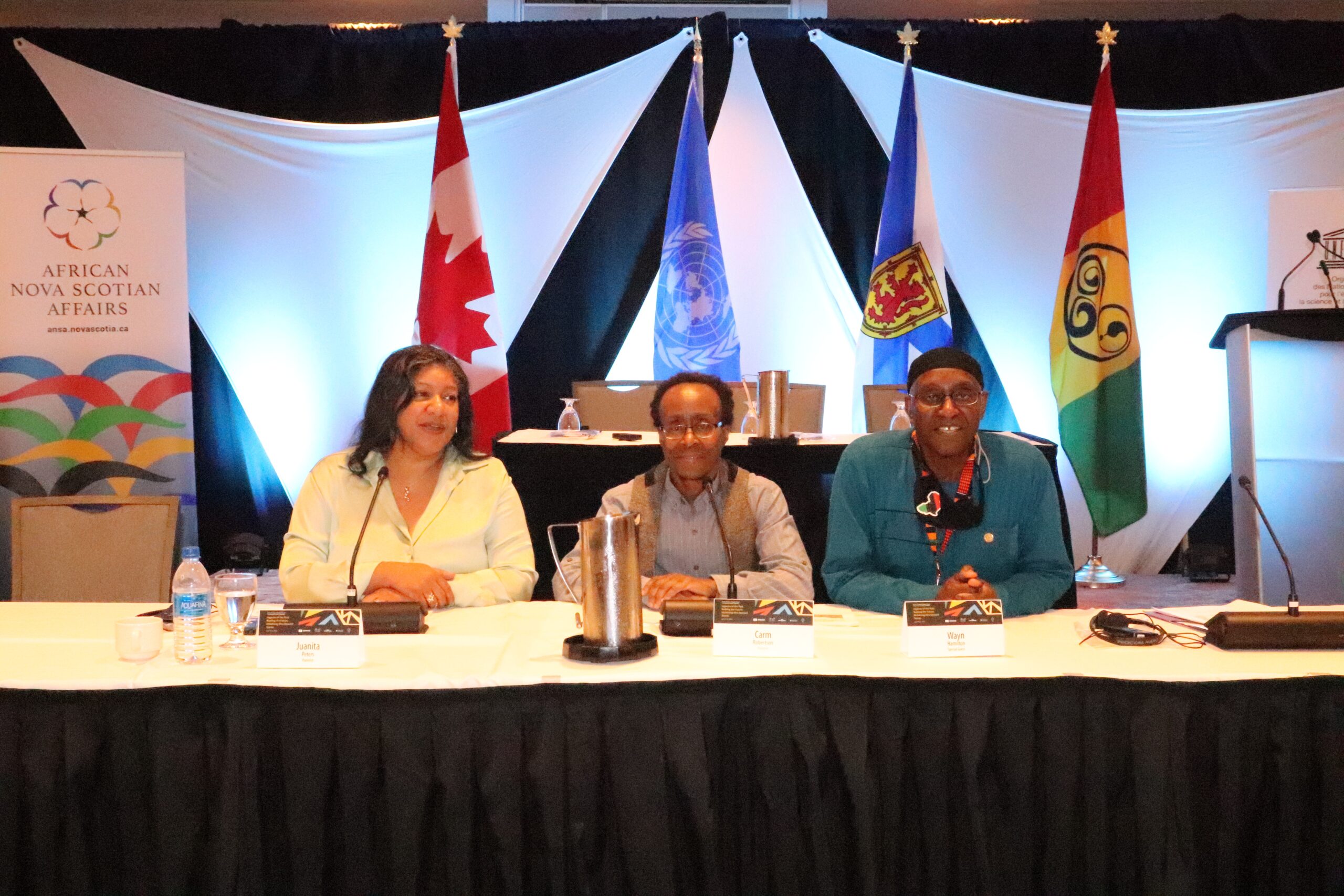 Robertson said Africville became a “cultural enclave and safe haven for many” after surviving the Halifax Explosion.

“This was a family-oriented and neighbourly community,” Robertson said, adding Africville could be “loosely described as an unofficial municipality within a municipality.” 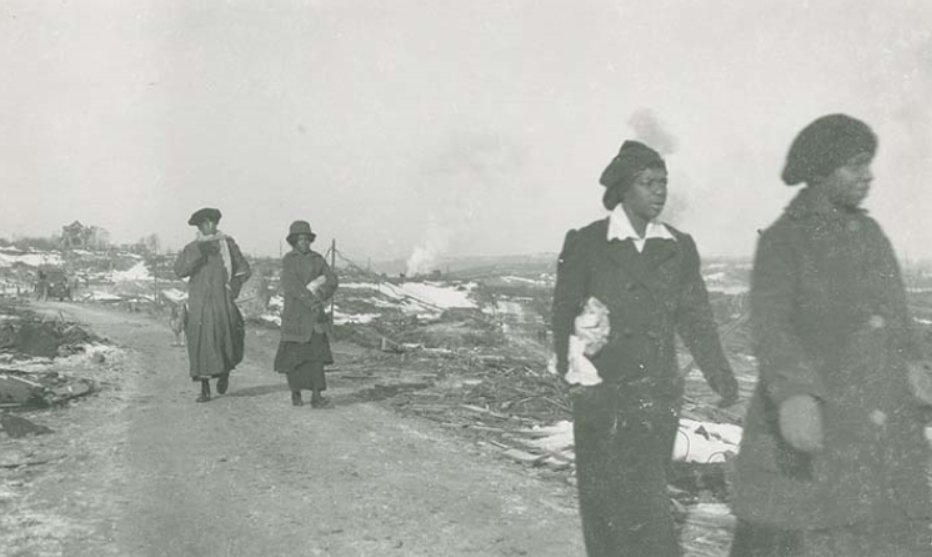 Women from Africville walking through the community after the Halifax Explosion.

“The residents of Africville provided a strong neighbour and workforce for the city, but at the end of the workday they returned to their place, their space, Africville.”

Robertson told the committee how city officials, local and federal governments, law enforcement, and public health officials engineered the decimation of Africville with “chilling efficiency,” and that what had taken years to build was “erased with systematic preciseness.”

“Through processes of deception, encroachment, denial of rights, media bias and manipulation, and bullying dehumanization, the settlement gradually bled out,” Robertson said. “By 1970, the institute settlement of Africville was no more.” 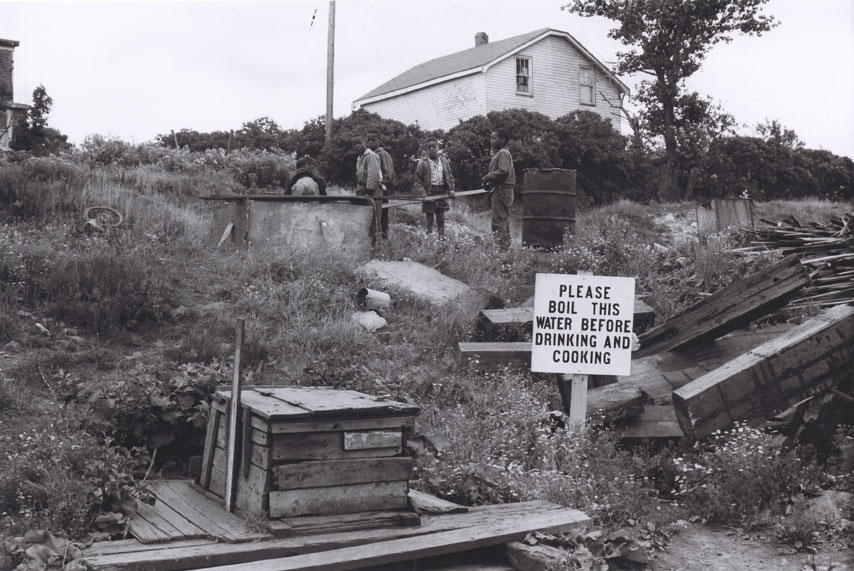 Robertson said Africville’s people went from self-sustaining “land/homeowners to wards of a paternalistic city that continuously robbed them of their humanity.” The community was then spread out and its connections were diluted through assimilation into the wider Halifax area.

“The identity of the people was externally defined, blurred, and distorted,” Robertson said.

Prior to Robertson’s presentation, Peters told the committee how the Africville Museum came about following the 2010 apology issued by Halifax Regional Municipality to Africville’s former residents.

During their presentation, Robertson also talked about the present-day plight of Africville, its former residents, and their descendants.

“Today reparations have not been made to the people and the ongoing years of repeated dialogue between the city and the community about how to proceed leaves the site vulnerable to further erosion and erasure,” Robertson said. 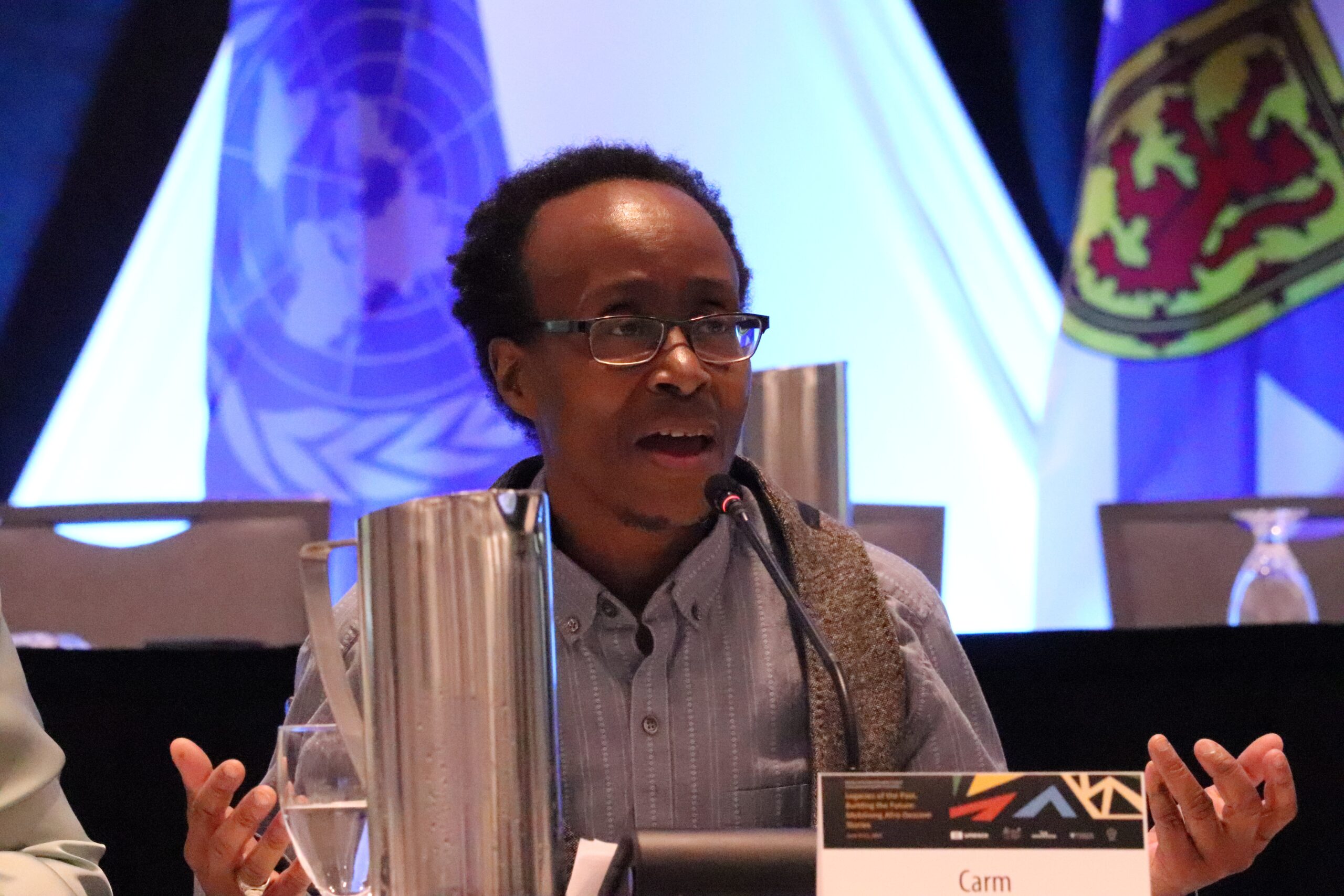 “Where are the scholarships for the descendants? Where is the economic support? Why is the Africville saga not part of the regular school curriculum? And even elementary stuff — how come there are no sidewalks to get to Africville (Park/Museum)? Where are the bus routes? What about the bathroom at the park? Elementary, rudimentary stuff. Where is an active commission focusing on establishing a program of reparation for the survivors and their descendants before they indeed do all die off?”

At a 2001 UN conference, the slave trade and enslavement of African people were recognized as crimes against humanity. In 2004, the UN declared the destruction of Africville a crime against humanity.

“Africville is stark evidence of the Canadian narrative that’s too often minimalized or forgotten about until February when all-thing Black are en vogue,” Robertson said. “Nova Scotia, contrary to public belief, is complicit in the tragedy of slavery. Canada, as a country, we have to own that.”

Though the federal government declared Africville a national historic site in 2002, Robertson said to have it declared as an international site of memory by the United Nations would be “a just tribute and a powerful statement of validation and recognition.”

“And what a way to round out the International Decade for People of African Descent 2015-2024,” Robertson said. “The timing for application could not be better.”

Myriam Cottias, a colonial historian and specialist in slavery in the Caribbean, is the chair of the Routes of Enslaved Peoples Project’s scientific committee. She is of African descent and hails from the French-Caribbean territory of Martinique.

“As a scientific committee we are giving advice to UNESCO who makes the decision,” Cottias said in an interview with the Examiner following Friday’s panel discussions, “but our role is really to present to UNESCO the demand.” 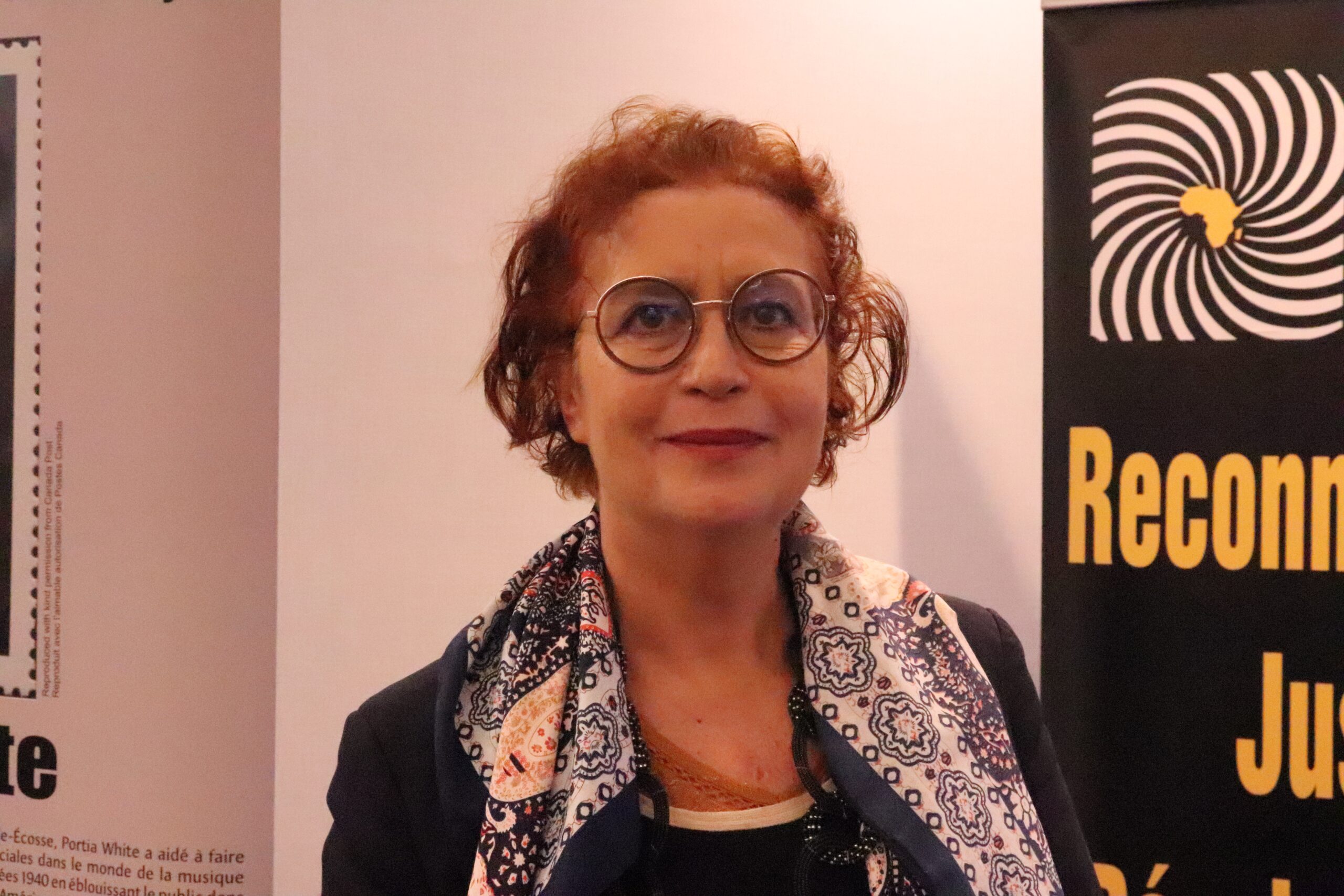 Cottias said she hadn’t heard of Africville before coming to Halifax, but said she was moved by Friday’s presentation.

“I could not say anything, but from my point of view, which is not a UNESCO point of view, but as head of the committee, I think it will be needed that they become a site of memory,” she said.