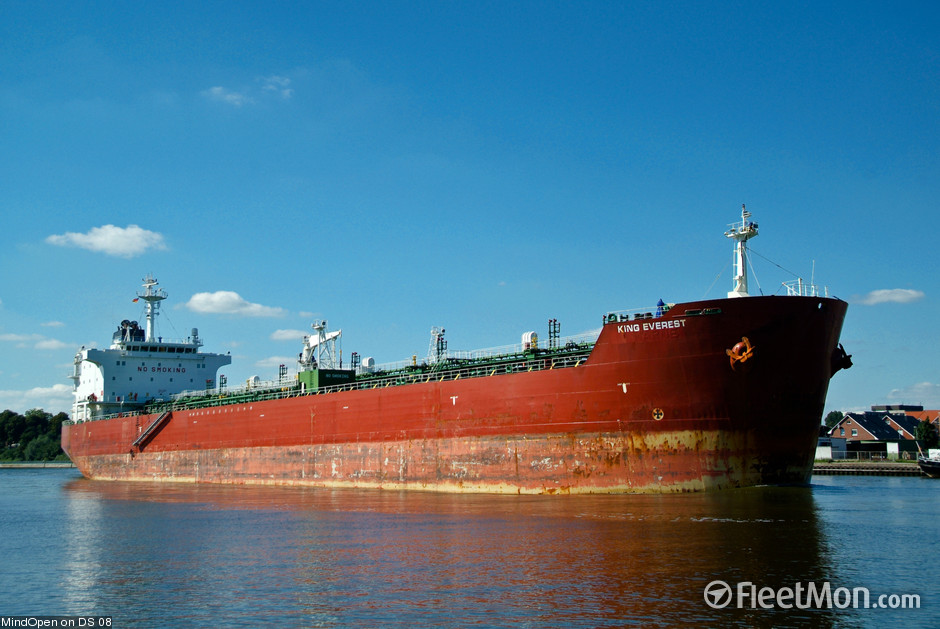 See our new feature below about ships in the harbour, including the Mount Everest, pictured above. Image from fleetmon.com https://www.fleetmon.com/en/vessels/M_T_King_Everest_12897/photos/17297

In what looks an awful lot like an American-style SLAPP suit (Strategic Lawsuit Against Public Participation), Nova Centre developer Joe Ramia’s company, Argyle Developments, has filed suit against both the Heritage Trust and each of its 27 directors individually. Heritage Trust’s alleged wrongdoing? “Argyle Developments says that since the inception of the Nova Centre, the heritage group, its officers and directors have opposed it and done everything they could ‘to hinder, delay and eliminate the project,'” reports the Chronicle Herald’s Roger Taylor. I’ll have more to say about this later today.

Halifax council yesterday agreed in principle to close the Africville Park dog park, but declined to do so before the Africville Genealogy Society’s annual reunion in July. The issue was fraught with unease over the city’s long racist relationship with Africville, and much of the discussion at council served to stoke the fires of that racism, but former Africville resident Brenda Steed-Ross took the long view.  “We’ve waited all these years to get justice for Africville, we can wait a little longer,” she told Metro. “(The park) is for everybody to enjoy, not just for the dogs to come in and dig holes, and whatever. It’s just disrespect.”

Yesterday’s sea trial of the Bluenose II revealed continued shortcomings of the problem-plagued replica of a replica. (There have been three Bluenoses—the original 1921 schooner whose image is on the dime; a 1963 replica built by Oland Brewery as a PR stunt; and the vessel in yesterday’s sea trial, which is supposedly a rebuild, rather than a replica, of the 1963 craft, but with so many rebuilds we’re getting into some serious Ship of Theseus issues.) At any event, the CBC pretty much owns this story, and has all the details.

4. The suspicious package is back

Over the last couple of years, there has been rash of suspicious package incidents around Halifax (see, for example, here, here, here, here, here, here and here). The “package” parts of the incidents were the usual lost lunches, misplaced dirty gym clothes, mis-delivered courier letters and the like, while the “suspicious” parts were the product of over-worked imaginations. Since the Moncton tragedy, the package has been superseded by equally harmless “sightings” of non-existent armed men, but today we’re back to a suspicious package, this one at the dockyard. Still no word what the package actually was, but the cops got to bring out the dogs and the robots and the bomb squads and the TV news crews came with their “even if it doesn’t bleed it leads” mindsets and all of Halifax was atwitter for a few hours. So it goes.

Donham, who is likely the only resident of Nova Scotia who has taken no position whatsoever on the convention centre,  calls Ramia out for his suit against Heritage Trust. “What specific mischief does Ramia accuse this group of committing?” asks Donham. “Merely of opposing his development in hearings and filings before the UARB, and of asking the court to review UARB decisions approving the project…In my view, this is not the behaviour of a civic leader who has his community’s best interests at heart; it’s the action of a bully.”

Jan Wong’s column in the Chronicle Herald  is the source of much amusement.  Sometimes it appears the entire point of the column is to generate ridicule, in an attempt in turn to generate traffic to the Herald web site. If so, it works. Heck, between jobs and with too much time on my hands, I even created the Jan Wong column generator, a nexus of her various insults of Maritimers, her kitchen appliances, and international travel which results in actual columns penned by Wong. To be fair, sometimes, rarely but sometimes, Wong touches on actual issues of import. Even more rarely, like a blind squirrel, she discovers a nut. Her recent column, however, fails on all counts, comedic, serious and important. It’s just plain boring.

This is so meta it’s hard to know where to begin. The Ivany repot leads to a Don Mills column leads to preacher Kevin Little weighing in about how Nova Scotians are friendly but not welcoming. This immigrant (do you know me? If so, you completely invalidate Little’s entire premise) says Nova Scotians really gotta get over themselves, but I fear I’d be out-metaing the meta, so instead I’ll just grab a cup of joe and get to work.

Heritage Advisory Committee (3pm at City Hall)—The owner of the William Pryor House at the corner of Hollis and Morris Streets wants to make a substantial alteration to the building so it can lease it out as a restaurant. The house dates back to about 1830. Pryor, incidentally, was a pirate and upstanding member of the young city. These types of alteration permits are mostly never an issue, but the committee might suggest some ways to keep some of the historic features.

Strategies of Hope (6:30pm at the Bethane Ballroom at Victoria Hospital)— This is the first screening of filmmaker Ariella Pahlke’s documentary “Strategies of Hope,” which explores the effects of a brain injury and various strategies for recovery. More information here. Free and open to the public.

FS LaPlace is due to arrive on June 27 and depart July 2. She is a French Navy Hydrographic Survey Vessel who recently updated surveys for St. Pierre and Miquelon, and participated in the Rendevous Naval de Quebec last week.

Noticed in Nova Scotia is Stephen Archibald’s contribution to the HalifaxBloggers enterprise. Archibald, trained as an archeologist, takes a clear pleasure in the visual delights he finds seemingly everywhere. A couple of weeks ago, I responded to some random comment on Twitter about the Dartmouth Peace Pavilion, saying I hated it; Archibald evidently followed the conversation and wrote this spirited defence of the pavilion. I still dislike the Peace Pavilion, but in the interest of, well, peace, I’ll let it slide.

After a single post on Saturday, the Halifax Examiner started in earnest Monday. It’s been a crazy two days, and things are still settling out; we’re working on the website design (we heard you: the yellow hyperlinks have got to go!), some longer investigative pieces that will take some time to see the light of day, and I’m trying to get into a routine that works both for me and for readers. I very much appreciate your patience through this process. I’m also very grateful for all the feedback, positive and negative, and for the story tips coming in. If you have a tip, please email it to [email protected]