“A proposal to provide abortion services on P.E.I., which a business case showed would have saved the province money, was halted by the health minister,” the CBC reports.

Currently, PEI residents seeking abortion services must travel all the way to the QE2 in Halifax. The PEI government government pays for the medical services, but not for the patient’s travel or accommodation costs. Last year, reports the Ceeb, 153 women had to make the trek, at a cost to themselves of $23,000 to $46,000, or $150 t0 $300 each. Obviously, travelling to Halifax is a financial barrier to many women, and a time and privacy barrier for others. Effectively, by refusing to fund abortion services on the island, the PEI government is denying medical care to some women.

But Health PEI has drawn up a business case for a twice-monthly abortion clinic in Charlottetown and/or Summerside. The business case found that the province could actually save a bit of money—$37,000 a year—by funding abortion services on the island. Last December, however, Premier Robert Ghiz said PEI’s restrictive abortion policies would not change, and in January Health Minister Doug Currie killed the abortion clinic proposal outright. 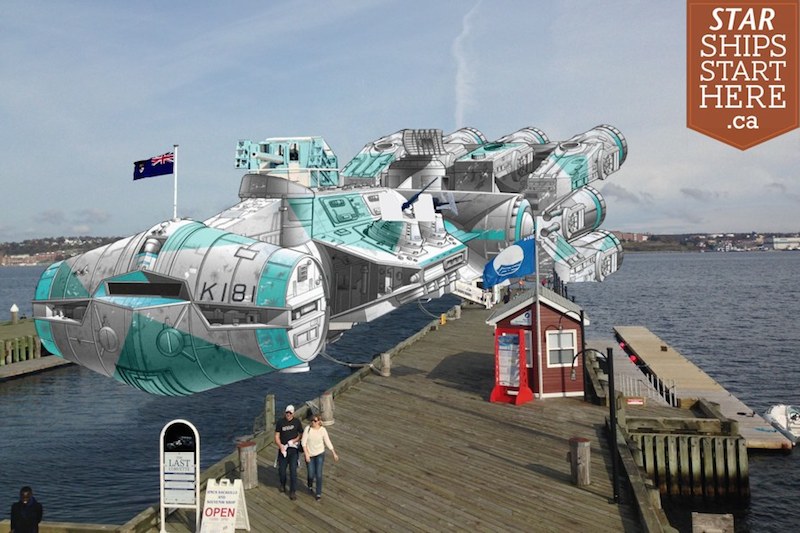 Canadian Press reporter Murray Brewster relates that the federal shipbuilding program is being delayed and downscaled. “Negotiations with Halifax-based Irving Shipbuilding for the construction of new Arctic offshore patrol ships have seen the government scale back its original plan to buy between six and eight of the vessels to enforce sovereignty in the North,” writes Brewster. “The new plan is to buy five light icebreakers, with an option for a sixth.”

Even those ships will be smaller and lighter than the original plan, and the proposed contract calls for just one ship a year to be built, “because that’s all the government can afford.”

“Politically, [the shipbuilding strategy] was oversold. I think we can agree on that,” said Phil Lagasse, a defence expert at the University of Ottawa.

A Halifax man alleges that some drivers of accessible taxis regularly rip him off.

5. No container terminal for Sydney

Neil MacNeil, an expert on shipping, tells the Chronicle Herald that no one is going to build a container terminal in Sydney:

“If you look at container operations since 2008, and the projections right now from the American Association of Port Authorities, which Canadian ports belong to, by 2020, there’s no likelihood of development.

“If you’re moving a container of hockey pucks out of Poland to Toronto, chances are you’re going to go through New York and rail it up to Toronto, or through Norfolk.

Most goods coming into Halifax already head to New York, Chicago or Atlanta, said MacNeil, and shipping in Halifax is down. As well, the Maher Melford Terminal in the Strait of Canso hasn’t opened yet, he said.

“The idea of bringing a vessel in here, dropping off 4,000 boxes, putting them on a container ship to bring it down to Philadelphia or something, it doesn’t make any sense at all,” he said.

“We’re a long way from the market.”

MacNeil is echoing arguments I’ve been making for many years. Here’s how I put it to Parker Donham last year:

I think boosters of both the Canso and the Eastport “superports”—and you and Fallows, too—are making the same mistake in logic. No shipper wants to use the North American port that is closest to Europe. That makes no sense at all.

Existing American megaports—New York, Hampton Roads, Charleston—are investing billions retrofitting their operations to handle the post-Panamax ships, and the rail lines are upgrading like crazy, refitting for double-stacked containers and such. There’s no chance—none—that Canso or Eastport ports can match the investment, and CN will never be able to out compete Norfolk Southern or CSX for the American midwest market. Just ain’t gonna happen.

I find this megaport boosterism in Canada a little sad, really, for how delusional it is. 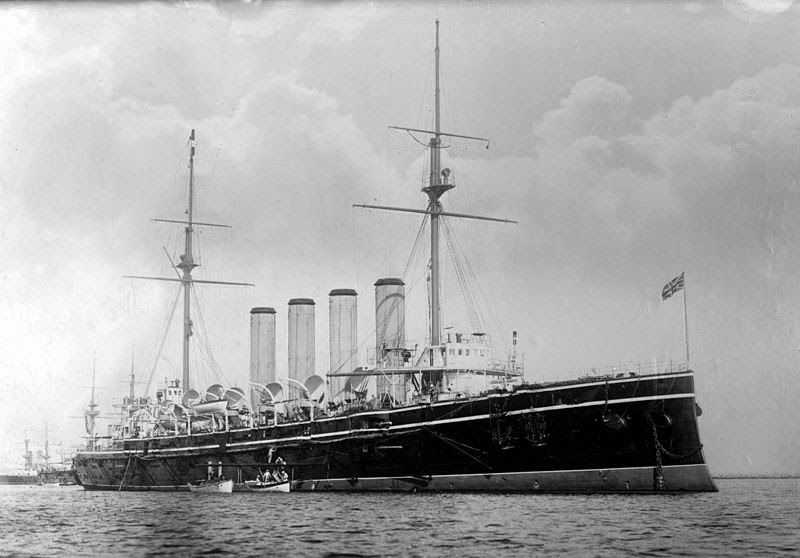 The anchor from the HMCS Niobe was discovered at the Halifax Dockyard yesterday.

The ship was anchored off the dockyard during the Explosion, and the force of the blast pulled the anchor off the sea floor and pushed the ship out the harbour a bit, and then the ship was re-moored with some other anchors. I guess there always has to be an Explosion story, but that had nothing to do with why the anchor was lost and rediscovered where it was. That story is much less dramatic: “When the ship was decommissioned in 1920, the chain was disconnected at the ship and dropped into the harbour,” reports the Chronicle Herald’s Ian Fairclough. “The anchor and chain were buried by infilling.” Peter Ziobrowski has more.

7. Butts back to Toronto?

Halifax CAO Richard Butts was formerly the Deputy City Manager for Toronto, and was part of the exodus of city bureaucrats from that city after Mayor Rob Ford was elected. Butts still lives in Toronto, and commutes back and forth to Halifax, flying in on Monday mornings and flying back home on Friday afternoons. After he got the Halifax job, Butts told me that the election of Ford had nothing to do with his decision to leave Toronto city government, but today he tells the Chronicle Herald’s Brett Brundale that he might consider applying for the newly opened Toronto City Manager job. ““But, as I said, I’m really not that interested in turning my mind to (the city manager position) until the election is over,” he said. That’s the Toronto election, which might see the end of the Ford reign.

Two skunks have been rescued in Yarmouth.

1. Trucks, Bike Lanes and the Death of Johanna Dean 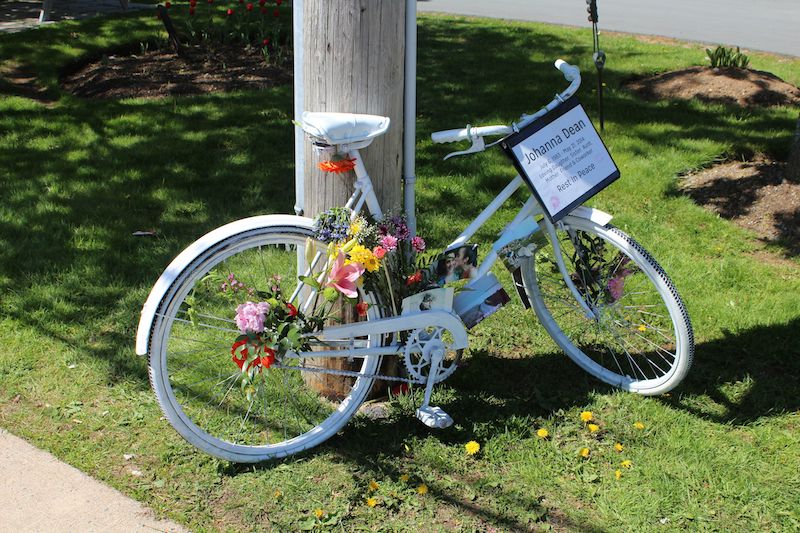 Often, after accidents, there is a tendency to blame the driver or the pedestrian or the cyclist for whatever human elements contributed to the accident. “If people just paid more attention” goes the popular refrain. Undoubtedly, there is some truth in that; inattention and carelessness does cause accidents. What’s missing though is the recognition that people are imperfect. No one gets behind the wheel intent on killing a stranger and pedestrians and cyclists don’t leaves home hoping to be run down. A moment of inattention is all it takes. Inattention is something we have all been guilty of at one time or another; it’s just that most of us have been fortunate that our slips haven’t resulted in tragedy. Education and enforcement is important to deal with drivers, pedestrians and cyclists who regularly ignore the rules of the road, but it isn’t enough. Accidents are still going to happen. If we really want to reduce their number and severity, we need to look at design.

Austin then goes on to discuss side guards on trucks and bike lanes in Dartmouth. On the latter subject, I’ll only add that Windmill Road, where Dean died, is plenty wide for bike lanes. It’s too late for Dean, but there’s no reason those lanes can’t be painted now, for the safety of others.

Also today, Parker Donham has a piece detailing Wong’s long battle with the Globe & Mail. Donham says the Canadian press has been mostly silent on the issue.

City council (10am, City Hall)—I wrote a preview of today’s council meeting, here. That article is behind the Examiner’s pay wall and so available only to paid subscribers. To purchase a subscription, click here. I’ll be live-blogging the meeting via the Examiner’s twitter account, @hfxExaminer.

Despite Charles Darwin’s announced effort to overthrow “the dogma of separate creations,” organized opposition to his revolution did not appear until the early twentieth century and, even then, most antievolutionists accepted the antiquity of life on Earth. At the time only a small minority, led by the Maritimes school teacher George McCready Price, insisted on the recent appearance of life and attributed the fossil record to Noah’s flood. This lecture focuses on the growing dominance of Price’s “flood geology” (renamed “scientific creationism” or “creation science” about 1970), which in the last quarter of the twentieth century emerged as the dominant form of antievolutionism around the world.

Scottish independence (Wednesday, 12:30pm, Lord Dalhousie Room, Henry Hicks Building)—Alan Trench, formerly with the University of Ulster, will “look at how the [Scottish]  referendum came to be called, the strategy of the campaigns and how those campaigns played out. It will then look at the emergent plans for further devolution and what those mean not only for Scotland but for the rest of the UK as well.”

A couple of days ago I mourned the loss of the San Francisco Bay Guardian, in its day one of the great American alt weeklies, arguably the best. I lived in Chico, a three hour-drive from San Francisco, and yet managed to get a copy of the Bay Guardian every week. It was a huge influence for me, and helped form my attitudes toward politics, society, and journalism. Long-time former editor Tim Redmond has more, with I’m sure more to come. 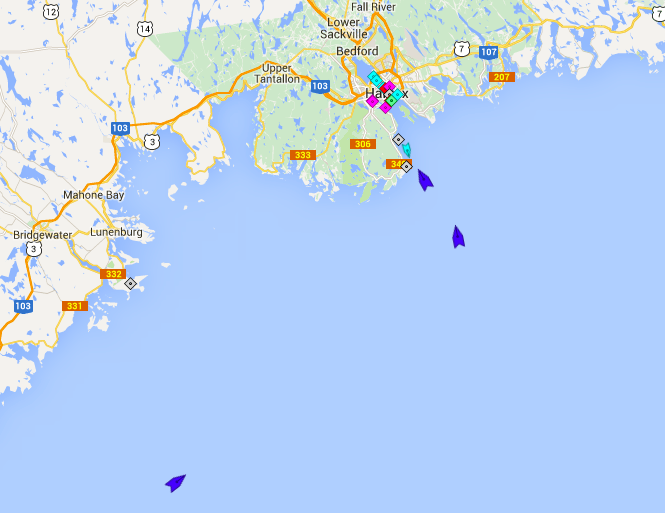 Cruise ships Brilliance of the Seas, Queen Mary 2, and Grandeur of the Seas approach Halifax Harbour 5:45am Tuesday. Map: marinettraffic.com

The Department of Internal Services is looking to rent just over 6,000 square feet in office space in the downtown core, with lease to start May 1. The department was created in one of the periodic shuffling of the bureaucracy this past May, so I’m not sure where all its employees are now housed, but at least some of them are in the WTCC building on Argyle Street (others are in the Dennis Building). I think this is part of the exodus of provincial offices from the WTCC, just in time for the city to take the building over on January 1, 2016, with no tenants.