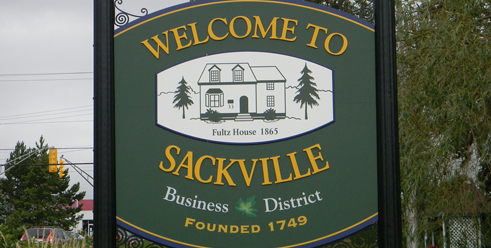 You know it’s a slow news day when…

Police say that while driving her SUV on May 7, 2013, Halifax councillor Linda Mosher hit a bicyclist at the corner of North and Robie Streets, and drove off without stopping. A witness followed Mosher to a nearby garage, and told her of the incident; she then drove directly to police headquarters and reported the incident. Mosher was charged with improperly changing lanes, which carries a fine of $227.41 if convicted. The allegations have not been tested in court. Mosher is contesting the charge, and was scheduled to appear in court last night, but because she has only recently hired a lawyer, the hearing was postponed until December.

Yesterday, I explained how I broke the story last year in The Coast. This morning, Chronicle Herald reporter Michael Gorman interviews Mosher’s lawyer, Gavin Giles, who says he expects the December hearing to take an entire evening.

Metro today interviews several councillors who say the newly adopted biweekly meeting schedule isn’t working out. Today’s council meeting is indicative of the problem: There are four meaty issues before council (proposed changes to the Otter Lake landfill, adaptation of the regional plan review, the sale of naming rights to the Metro Centre, and the proposed decommissioning of the Africville dog park), and for the first time in my memory, the agenda warns that the meeting may fill the entire day and evening and even spill over into Wednesday. Councillors sensibly ask why some of this work couldn’t have been done last Tuesday, or next Tuesday.

CBC reports that there is little opposition to the addition of the long-delayed bike lane on the west side of Hollis Street, from the Cogswell interchange to South Street. The ceeb managed to interview one dufus who admitted to riding his bike on the sidewalk to avoid the traffic, thereby endangering pedestrians and underscoring a view that bicyclists are law-breakers.

Regardless, the biggest issue with the bike lane is that it will require the removal of about 50 parking spaces. But there’s a simple and elegant solution to the loss of the spaces. The Hollis Street bike lane pairs with the bike lane installed on Water Street last year—Hollis Street bikers travel south, while Water Street bikers go north. The Water Street bike lane also took out one of the two traffic lanes, but the street is now so wide that it presents hazards when drivers try to scoot around cars or otherwise turn the one-lane road into a two-lane road. It would make sense to install back-in diagonal parking on the west side of Water Street; such parking is safer for bicyclists, would narrow the dangerous width of the street for drivers, and more than double the number of parking spaces along Water Street. I don’t know if an identical scheme would work for the narrower Hollis Street (with back-in diagonal on the east side of the street), but it might.

4. Another 10 years for the casino

Global News reports that the Great Canadian Gaming Corp. says it will extend its operational agreement for the Halifax and Sydney casinos for another 10 years, and beginning a $10 million upgrade in the facilities. Chronicle Herald business columnist Roger Taylor puts numbers to the equation, and they’re not overwhelming—a few millions of dollars for the province, depending on how you count it. The elephant in the room here is the hugely negative effect the casino has on the Halifax waterfront; between the Cogswell interchange, the soulless Marriott and the soul-sucking casino, pretty much everything north of the ferry terminal is a black hole, utterly devoid of life. To its credit, Halifax council is finally working to tear down the Cogswell (although it had the chance to do so years ago, but secretly passed on the opportunity), but I can’t help wonder how under-valued the project is because the waterfront is a dead zone. A saner approach would be to tear down the Cogswell, the hotel and the casino, and start over with an harbour-oriented redevelopment plan. Surely, this would bring into tax coffers far more than the pocket change the province makes on the casino, and it would revitalize a dead zone immediately adjacent to downtown.

It’s hard to tell if this is just spin to counter the abysmal May ridership figures or not, but Nova Star Cruises CEO Mark Amundsen tells Bruce Erskin that passenger figures have increased 10-fold in June, thanks to the nice weather.

1. Daewoo plant is a bust

Yesterday, Canadian Press reported the Daewoo plant in New Glasgow isn’t generating anywhere near the jobs or economic impact the former NDP government promised when it “invested” $60 million into the project. Today, Marilla Stephenson weighs in.

Regional council (10am at City Hall)—read the Halifax Examiner preview here (behind the paywall); find the first part of the council agenda (the Committee of the Whole part dealing with the landfill) here, and the rest of the meeting here. The regional plan review portion of the meeting is a public hearing at 6pm; anyone can address council on the matter for up to five minutes.

Let’s give a big shout-out to Sack-vegas, Jeff Nielsen’s love child for all things Sackville. Jeff doesn’t pretend to be doing journalism, but his blog feels like a typical small town newspaper, serving as uncritical civic booster and one-stop shopping place for local happenings. The difference is that Jeff brings an irreverence to the blog that is, weirdly, reverent.

While of course the Examiner is focused on all things local, it’s hard not to notice storm clouds on the periphery, out on the horizon. It’s just another data point in the gathering cloud, but yesterday it was reported that global rating agency Moody’s had downgraded all of Canada’s major banks. The immediate cause of the downgrade was the Harper government’s recent “bail in” provision, but Moody’s took particular aim at the Bank of Nova Scotia (headquartered in Ontario) for overly aggressive acquisition of high-risk financial enterprises like Canadian Tire’s financing company (apparently I could’ve taken out a loan to get my winter tires switched out). You can read more about that here, but the short of it is that anymore there’s just no money in investing in traditional industries that make stuff and provide services, and so the entire economy is becoming one giant casino. This can’t end well.